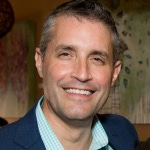 Co-founder and CEO of Panamplify

Michael Pratt is the co-founder and CEO of Panamplify, a company using artificial intelligence to automate report building for marketing agencies. Panamplify was born out of insights identified while running Extra Sauce, the digital marketing agency he founded in 2010. Pratt has a degree in aerospace engineering from the United States Military Academy at West Point, and after serving in the Army Corps of Engineers he received an MBA in finance from Duke University.

The "Four Steps" is the best way to validate your idea. It does not make your idea a great one.