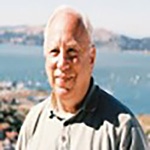 Mike Edelhart is the lead partner for the Social Starts moment-of-inception investment fund and CEO of the Tomorrow Project, producers of the Pivot Conference in New York. Mike is an experienced media and Internet start-up executive. Mike was Managing Director and founder of First30 Services, a launch accelerator for early stage companies. Mike has held CEO and executive positions at numerous start-ups including Inman News, Zinio, Third Age Media and Olive Software. Mike was a partner at Redleaf, a VC firm. Earlier in this career, at SoftBank, Mike directed content for the Seybold, Interop and Comdex conferences and launched new businesses. Mike spent thirteen years at Ziff Davis in a variety of executive and editorial positions, including Executive Editor of PC Magazine, Editor of PC Week and Editor/Publisher of PC/Computing. He has also worked as an Internet strategies consultant to Bloomberg, Reuters, AARP and other major media and Internet companies. Mike is an Advisor to Spredfast, Citia, and Porter&Sail. The author of more than 25 books, Mike earned a B.S. in journalism from the University of Northern Colorado.

The Idea That Disruption Is Dead Is a Myth

There seems to be a fundamental misunderstanding of how tech revolutions and change actually work.