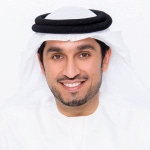 Mohammad Saeed Al-Shehhi is the Chief Executive Officer of Dubai Design District (d3). Mohammad previously held a number of prominent roles in the broadcast sector. In 2008, he was appointed Deputy CEO at Dubai Media Incorporated, where he developed corporate strategy and analyzed operational and performance efficiencies. He also launched the first DMI native HD channels, developed technical infrastructure and led DMI’s digital offering. Before that, Mohammad was Senior Director of Broadcast Services at du, where he managed strategy and growth plans for the broadcast divisions, and expanded du’s media and broadcast services regionally.

Making It Big: 11 Tips For Entrepreneurs To Find Success With Their Enterprises

The greatest ideas always seem impossible at the beginning, but with the right drive and ambition, anything is possible.

Designs On The Future: Developing A Robust Ecosystem For Sustained Innovation In The UAE

The UAE, a country which was largely rural just over half a century ago, has taken the lead in creating a culture of research and science to further strengthen its position on the global map.