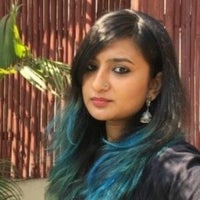 Entrepreneurs and businessmen have been India’s greatest asset since independence, not just as accelerators of economic growth but a key pillar of social leadership. As individuals with foresight and a mission-driven life, they have worked to create economic value and address social challenges. From the time of independence, successive Indian governments have depended on entrepreneurs to take the country forward. In the last decade itself, Indian entrepreneurs have used new technology to create massively successful businesses and establish giants like Paytm, Ola, Oyo, etc.; which contribute to the GDP, provide employment to millions and can give international competitors a run for their money.

As India’s aspirations rise to take an even more prominent position in global affairs, and address challenges like climate change and air pollution, electric mobility technology has emerged as a fertile playground for Indian entrepreneurs. India’s commitment to addressing climate change, along with the large domestic automobile market, has set the stage for entrepreneurs to establish themselves and the country as a climate and industry leader in this field, tackling employment, sustainable energy and air pollution simultaneously

Issue With the Transport Sector

The transport sector is currently responsible for 16 per cent of global GHG (greenhouse gases) emissions and is only expected to grow. India is the 4th largest automobile market in the world, but differs from western markets, in the distribution of vehicles on the road. According to a NITI Aayog report, 79 per cent of the vehicles in India are two-wheelers, 14 per cent four-wheeler cars and 3 per cent are three-wheeler vehicles. Thus, India has the potential to lead when it comes to developing and manufacturing smaller electric vehicles. Meeting the volume of demand for these products domestically will deepen India’s industrial and technological expertise, and place us in a leadership role for developing and exporting these products around Asia, who have a similar pattern of vehicle usage. There is a long tradition of shared mobility in Asia, whether through corporate transport or more informal last-mile solutions. Manufacturers in the electric vehicle industry are responding to these trends, and the most likely segments to grow in the next few years will be the 2 and 3-wheeler models, and fleet vehicles. Switching these segments to electric models will have a massive impact on the country’s economy and emissions.

The government has already given a major push to support Indian businesses in the field of electric mobility with the release of FAME (Faster Adoption and Manufacture of Electric Vehicles) I&II schemes. Various states have released their own policies to drive investment in this burgeoning category. Karnataka Government alone aims to attract investments worth INR 31000 crore, with many other states offering benefits to new businesses in this space.

Indian entrepreneurs Tarun Mehta and Swapnil Jain, saw the potential in this space and established Ather Energy in 2013, which has been dubbed as the “Tesla of India”. Within 3 years of operation, in 2016, Ather received INR 180 Cr investment from Hero MotoCorp. Major players like include Mahindra Electric, Tata Motors and Maruti, are all experimenting in the space, and Ola recently raised INR 400 crore to build out its electric mobility business.

Charging infrastructure is another opportunity that holds the potential for innovation and entrepreneurship. Magenta Power is testing fast and slower chargers around Karnataka and along the Mumbai-Pune highway, while SUN Mobility with swappable battery stations is building charging infrastructure for electric bikes and rickshaws.

Lithium, a Bangalore-based startup, is using a fleet of electric cabs to provide employee transportation services. An innovative business model catering to corporate companies allows them to overcome many of the challenges faced in this category, and in a span of five years, Lithium boasts of 20+ Fortune 500 companies as clients and a reduction of 15,000+ metric tonnes of carbon emissions

Climate change is one of the biggest challenges facing the world right now and entrepreneurs are those unique people who see every challenge as an opportunity. In the last two decades Indian entrepreneurs have spearheaded growth that has established the country as an economic powerhouse. Electric mobility technology has given wind to even bigger aspirations. The potential of electric mobility is, however, more than just economic. As the world looks towards India to lead the way on climate change, the opportunity to change the world and perhaps even save the world has been placed in the lap of Indian entrepreneurs. 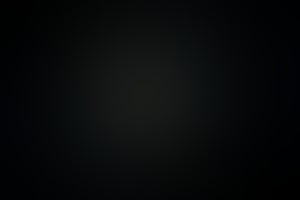 India's Potential to Lead on Climate Change Helped by Entrepreneurs