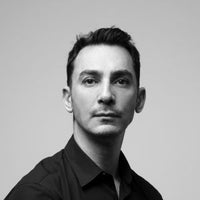 Rami Al Ali is the founder of the Rami Al Ali label. In 1991, Al Ali joined the College of Fine Arts in Syria’s capital city, Damascus, to study visual communications. Later, he knew had to think big to succeed so travelled to the United Arab Emirates to gain valuable international experience within the prestigious fashion houses. He quickly gained respect from the industry, resulting in an immediate, loyal client base, which ultimately led to the creation of the Rami Al Ali label in 2000.

Through growing recognition of the brand, Al Ali’s designs soon caught the attention of international corporations including La Mode En Images, which led to the agency selecting Al Ali to participate, along with a select number of key international designers, at the 2006 Asian Olympic Games in Qatar. Global Austrian crystal brand Swarovski followed suit by choosing Al Ali to be a part of their book, UNBRIDALED, alongside revered couture veterans Giorgio Armani, Vivienne Westwood and John Galliano, amongst others. The collaboration demonstrated his ability to participate in an international market. In 2007, Al Ali was invited to showcase his collection at the launch of Abu Dhabi Fashion Week, where he was selected to feature alongside industry icon Valentino- the only designer from the region bestowed with this honor.

Al Ali’s ultimate breakthrough came in 2009, when his Spring/Summer couture collection graced the runway at Rome’s AltaRoma couture week. This was the first time Al Ali engaged professionally with the European fashion media, and was the first of six consecutive shows to take place during this prestigious fashion week. Further fashion shoots with high-profile celebrities extended Al Ali’s notoriety, with his designs being sought after by celebrities and socialites alike, adorning the likes of Beyoncé, Kelly Rowland, Kerry Washington, Chanel Iman, Carla Gugino, Natasha Bedingfield, Vanessa Mae, Ivana Trump, Youssra and Googoosh, amongst others. In January 2012, Ali Ali debuted at the Couture Fashion Week in Paris, showcasing his Spring/Summer 2012 collection amongst the crème de la crème of the fashion world, including Elie Saab, Chanel, Valentino and Dior. Now on his seventh consecutive season in Paris, and with the recent launch of his debut prêt-à-porter collection, Al Ali’s transition from daydreamer to global trendsetter is complete. 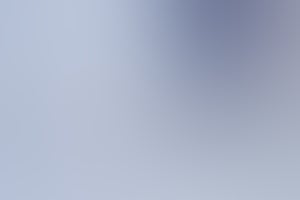 Seven Lessons From My Entrepreneurial Journey