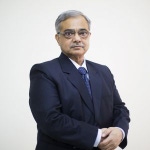 An effective ECM offers flexibility to access or deliver content over mobile and cloud, creating a highly connected and digital workplace