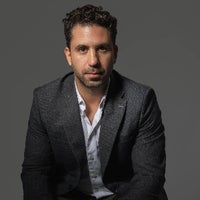 Founder and CEO of CloudRestaurants.com, and co-founder and Managing Director, Couqley

Ziad Kamel is a food-tech expert and the founder and CEO of CloudRestaurants.com, a cloud kitchen online restaurant company headquartered in Dubai. Ziad is also a co-founder and the Managing Director of Couqley, a full-service French Bistro with restaurants in Lebanon and the United Arab Emirates.

Ziad started his first company in 2005 at the age of 24 while employed full-time as an Account Executive in the advertising agency Leo Burnett in Beirut. Only four days after his first business opened its doors to customers in July 2006, a war broke out, and he was forced to close shop. However, his determination to succeed meant quitting was not an option. After the cease-fire, Ziad reopened his business and resumed his laser focus on his goal to grow a successful company. Working through the many challenges that come with owning a business, and within the hindering environment of Beirut city, Ziad continued to grow his company until international expansion to Dubai became a reality in 2014.

Today, Ziad lives and works in Dubai leading his fast-growing team of more than 120+ employees committed to scaling the company CloudRestaurants.com, which he founded in 2018. The company continues to grow fast with its wide selection of delivery-only restaurant brands operating in more than dozens of cloud kitchen facilitates. Ziad and his team are dedicated to innovating the online, on-demand food industry with the mission of being the best online-restaurant company in the world.

Ziad is passionate about athletics and fitness and applies the lessons of discipline and dedication in sport to his business. He is a one-time marathoner and his love for competing in obstacle course races is real! When he isn’t working on growing his business or spending time with his wife and two kids, he can be found with his athletic community training or participating in races like Spartan races, trail run races, and dragon boat races.

Ziad holds a BA in Business Administration from the American University of Beirut and a Master of Science in Marketing Management from the University of Surrey in the UK. He enjoys speaking at hospitality and entrepreneurship events and at schools and universities. He likes speaking with students and startups and has mentored a few. He values connecting with leaders, thinkers, and innovators who push the boundaries of business, especially the online restaurant business. 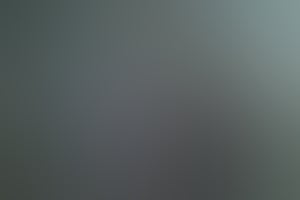 Expanding My Business To A New City... And What I Learned In The Process

Entrepreneurship is like jumping off a cliff and trying to build an airplane on the way down: starting up and managing my own business required life-changing discipline and intense dedication.
9 min read