5 Creative Ways Brands Can Leverage the Power of Pinterest

By Lisa Hoover McGreevy
May 2, 2014
This story originally appeared on Visual.ly 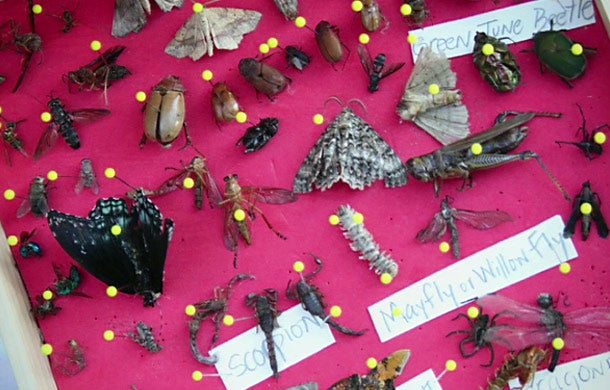 Pinterest co-founder Ben Silbermann once compared his social-sharing website to the bug collection he kept as a child. Lucky for him, today's internet users share his love of collecting things. As of June 2013, Pinterest had 70 million users, according to Paris-based social media research firm Semiocast, and with its latest $225 million funding round in October 2013, the valuation increased to a whopping $3.8 billion.

Businesses have a lot to gain from Pinterest (and social media in general): new customers, more engaged customers and sales. According to a June 2013 report by market intelligence firm Visioncritical, four in 10 social media users have purchased an item online or in store after "favoriting" or sharing it on Pinterest, Twitter, or Facebook. Nearly half (47 percent) of Pinterest purchasers say they pinned and purchased something after simply stumbling across it on the site -- not because of a focused search for the item.

Related: Why Pinterest Is Driving Social Engagement (and How You Can Take Advantage) (Video)

Clearly, Pinterest is winning the hearts and pocketbooks of today's consumer. Are you taking full advantage of it? Here are five out-of-the-box ways to entice followers and pinners on one of the most popular -- and visual -- social networking channels in use today.

Don't limit yourself to the standard buzzwords for your industry when coming up with new pinboards. A bakery naturally needs pinboards for cupcakes, wedding cakes and other baked goods. But more unusual topics, like the world's oldest pastry recipes, campground baking or ways to dress up products your customers purchase help you stand out from the crowd. 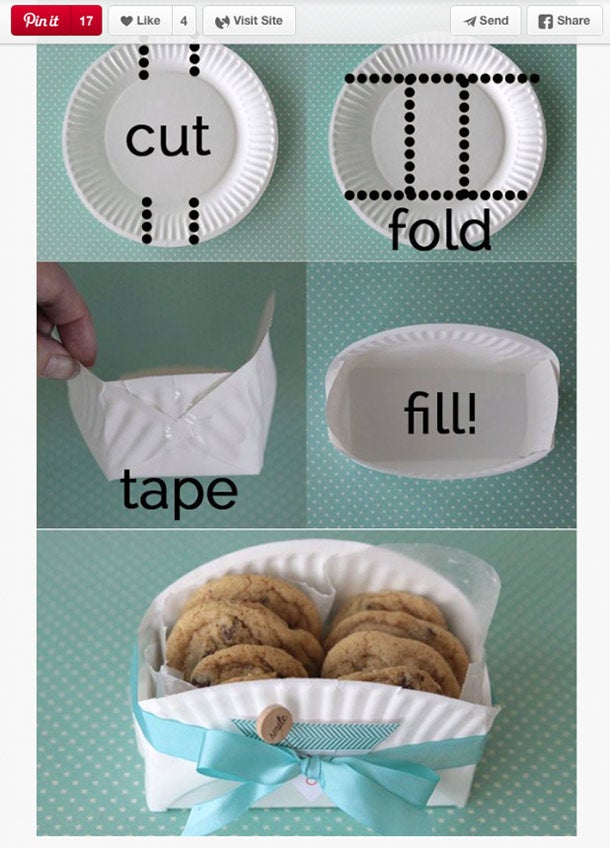 2. Develop visuals in languages other than English

Recreate your most popular visual content in Spanish, German or another predominant foreign language to embrace non-U.S. or UK-based customers. Inspiring quotes, brief tutorials and advertising taglines all make great pins that let your international customers know you care. Before pinning anything, run it past a native speaker of the language to make sure the wording is accurate. (Online-translation technology is still too buggy to be trusted with something as important as your branding.) 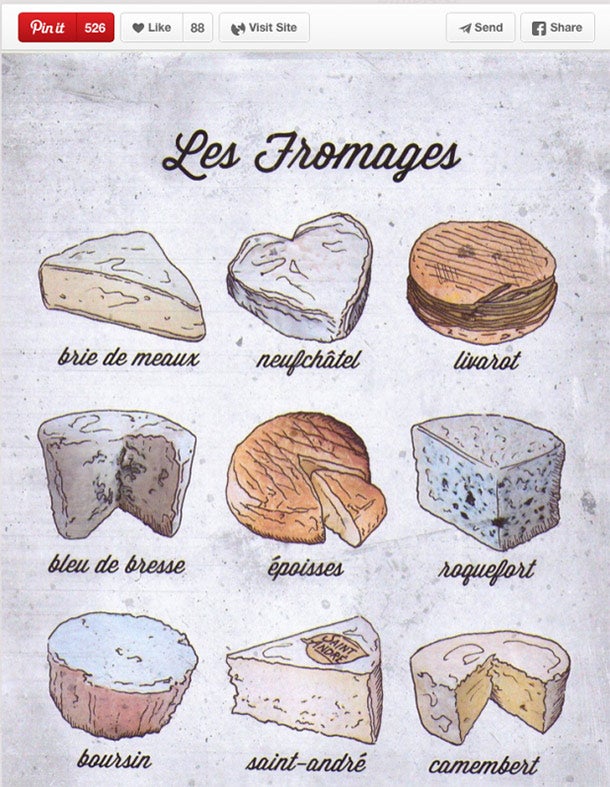 3. Ask people to show you things

People love to talk about themselves, so ask customers to pin images of something related to your industry. A fitness club may ask followers to post pictures of favorite workout gear, while an office supply company might invite followers to share photos of their workspaces. Don't forget to cross-post your picture requests across other social media channels to entice looky-loos and new followers.

Use a dedicated storyboard to unfold a tale over several days or weeks. Send your mascot on a journey around the major landmarks of your town or share a series of pins that demonstrate how a customer used your product to solve a problem.

UNICEF captivated over 1,600 followers by creating a pinboard for an underprivileged young girl in Sierra Leone and pinning pictures of things she might wish she had access to, like running water and shoes. In this example, it's unclear if the teen is fictional or real, so be sure to make the distinction before developing a story that tugs at heart strings or encourages viewers to donate to a cause. 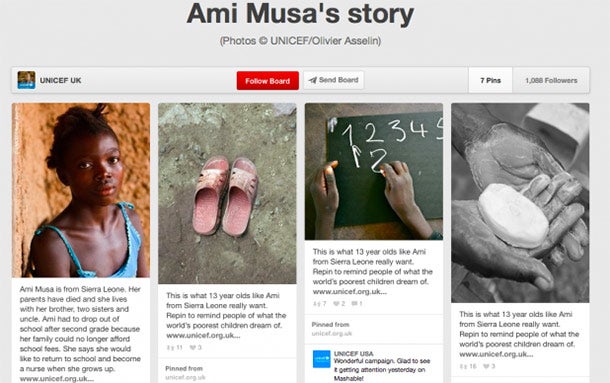 Is your whole office is helping build a Habitat for Humanity home? Are your developers engaged in a weekend hackathon ahead of your next software version release? Take and pin pictures along the way so customers can follow your progress and get a peek behind the curtain. Pinterest is a perfect format for telling captivating stories that keep followers coming back to see how those stories turns out.