But not every part of the country agrees that Fortnite is the best. Here's a state-by-state breakdown of the most popular games.

By Chandra Steele
December 26, 2019
This story originally appeared on PCMag

Fortnite fans who were used to living on its embattled Earth were plunged into a black hole of despair a few days ago when the game went dark. Fortnite Chapter 2 has come into existence, and it was a huge relief to a significant portion of the United States.

Fortnite is one of the most popular games in the country, according to Satellite Internet, which amassed gaming statistics to determine each state's favorite game based on search. The game claims the top spot in 20 states spread across the country. 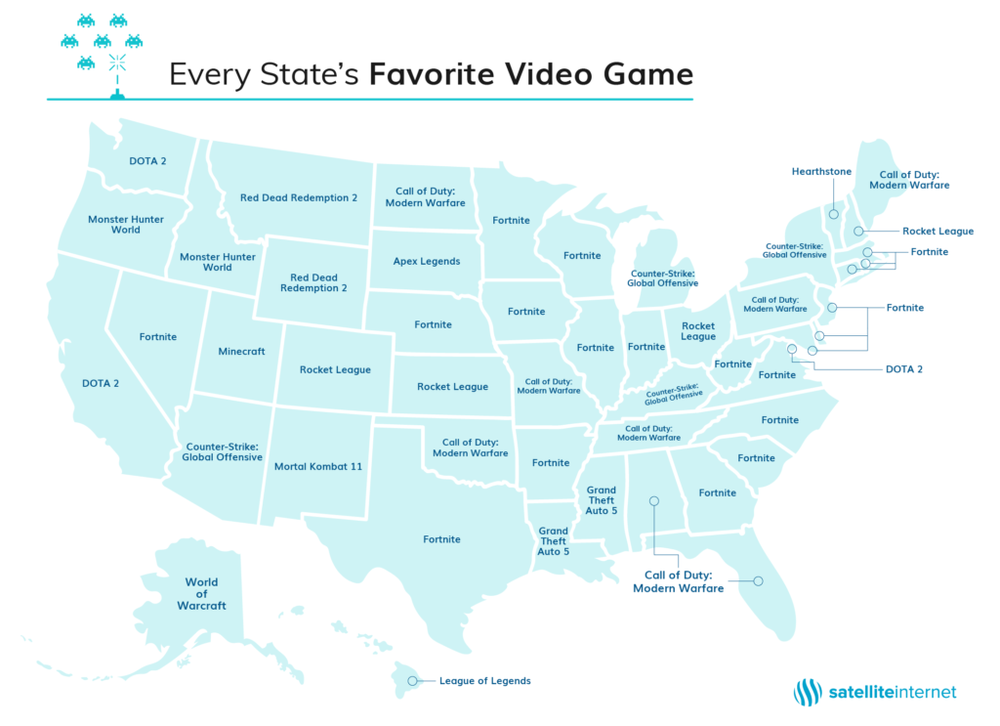 Coming in second is Call of Duty: Modern Warfare, which isn't even out until October 25. Nonetheless, in eight states, it's the most-searched-for game. Meanwhile, the West Coast is mostly loyal to DOTA 2, the game of choice in Washington and California.

Related: 'Fortnite' Chapter 2 Is the Fresh Start the Game Needed

The real outliers are Alaska and Hawaii, which singularly favor World of Warcraft and League of Legends, respectively.

The one thing that unites the country as far as gaming goes, though, is that multiplayer games are much preferred to single-player.