The new tool started to roll out in Europe and the U.S. this week.

It's been said that once something is put on the internet, it lives there forever.

But thanks to Google's newest rollout, unsavory personal information that you'd rather not have out there for the masses might be able to be scrapped for good.

Google has started piloting a new tool called the "remove result" button which will allow users to remove results from showing up on the search engine that contains personal information.

The new tool started to roll out in Europe and the U.S. this week.

Users can also request that information deemed illegal or outdated be removed, up to Google's discretion.

"At Google, we strongly believe in open access to information, and we also have a deep commitment to protecting people — and their privacy — online," Danielle Romain, VP of Trust at Google said earlier this year when the concept was first announced. "These changes are significant and important steps to help you manage your online presence — and we want to make sure it's as easy as possible for you to be in control."

In order to use the feature, those who have access can click the three dots that appear in the top right of the Google search result page which will bring them to a drop-down menu. 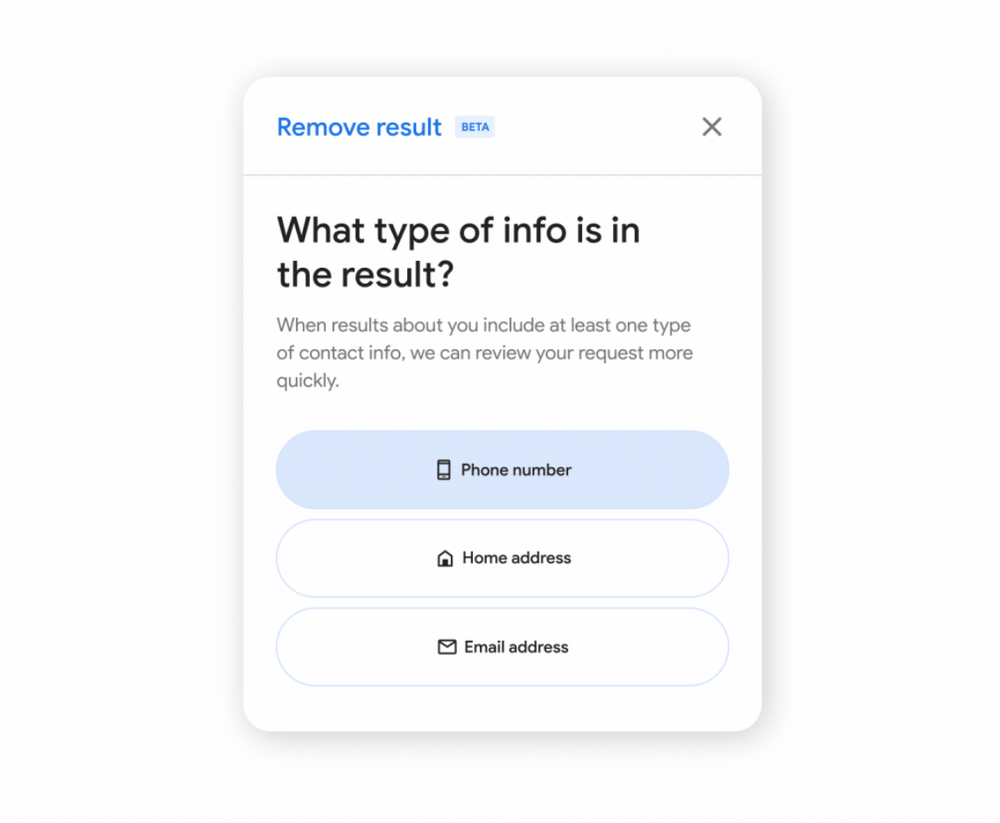 From there, users can click "about this result" and then "remove result," which will send through a request to Google which must be approved before the result is completely taken off.

Google did note that the tool is to be used sparingly, so as to not limit the "availability of other information that is broadly useful."

Google's parent company, Alphabet, was down just under 29% in a one-year period as of Thursday morning.