By the end of 2017, the number of Superchargers worldwide will have doubled, North America will have 150 percent more.

By Matthew Humphries
April 25, 2017
This story originally appeared on PCMag

Tesla announced the Model 3 at the beginning of April last year. As an electric vehicle carrying the Tesla name and having a price tag starting at $35,000, it was sure to be extremely popular. One week after pre-orders opened, more than 325,000 reservations were placed, translating to roughly $14 billion of future sales revenue.

That's a lot of new electric cars, and Tesla realizes they'll all need charging regularly. So ahead of the launch of the Model 3, it's been announced that the Superchargers network is set to expand. Currently there are 5,431 Superchargers across Tesla's global network of 842 Supercharger Stations. By the end of 2017 the goal is to get that total past 10,000.

In a blog post titled, "Charging Is Our Priority," Tesla explains that charging needs to be "convenient, abundant and reliable for all owners." And so an aggressive expansion of the Supercharger network is necessary. 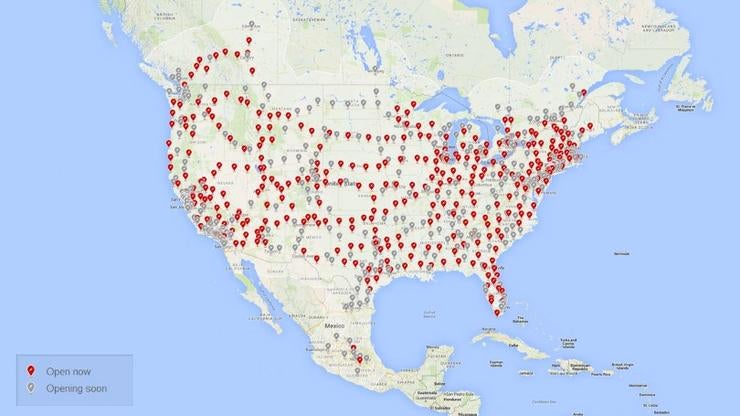 In order to achieve this expansion, Tesla's busiest Supercharging Stations are set to expand to allow "several dozen Teslas" to charge simultaneously. New Supercharging Stations will also be built, and purposefully located further away from highways so as to expand the network and support more owners in less busy areas. In North America alone, the expansion will increase the available Superchargers by 150 percent.