The Next Dodge Challenger Muscle Car to be Electrified

"What it isn't going to be is a V8, supercharged, 700-horsepower engine," says FCA boss.

By Zac Palmer
January 22, 2019
This story originally appeared on Engadget

Dodge is the last of Detroit's Big Three to truly keep the muscle car purpose and heritage alive with the Challenger and Charger. As the Mustang and Camaro have transitioned to sports car-like experiences, the high-horsepower Dodges have stuck to their guns as straight-line behemoths with little intention of competing with the others in corner carving.

People still dig the old-school-cool of cars like the Challenger, as sales actually went up while Mustang and Camaro sales took a hit in 2018. That said, new FCA boss Mike Manley said things will be changing in an electric way for the next generation, in a report by The Detroit News. "The reality is those platforms and that technology we used does need to move on. They can't exist as you get into the middle-2020s. New technology is going to drive a load of weight out, so we can think of the powertrains in a different way. And we can use electrification to really supplement those vehicles."

News of electrified muscle cars is nothing new at this point. Ford says it's going to reveal a Mustang Hybrid in 2020. And with Al Oppenheiser (former chief engineer for the Camaro) moving to GM's electric division, you better believe Chevrolet is working on an electrified version of the Camaro. This, however, is the first solid evidence we have that FCA and Dodge are making such a move.

What Manley said next is something we all know to be true, but a bit heartbreaking nonetheless. "I think that electrification will certainly be part of the formula that says what is American muscle in the future. What it isn't going to be is a V8, supercharged, 700-horsepower engine," Manley says. 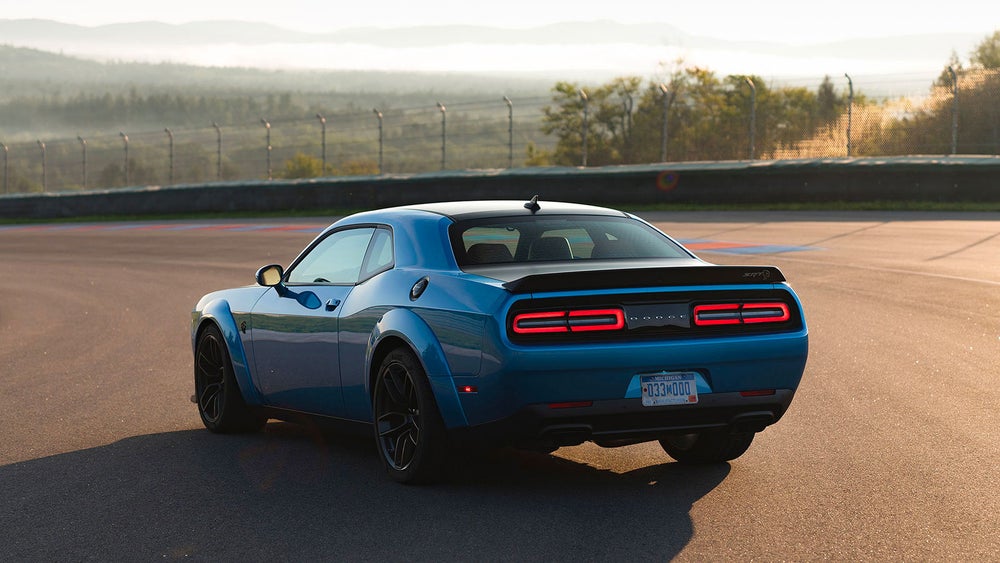 Even if it's a bit silly, we all love the Hellcat for its 707 horsepower V8. Clearly, plenty of other people do, too, because Dodge keeps cranking out more insane versions of the car with the Redeye and Demon. As for how much electrification Dodge's muscle car will receive, Manley wouldn't go into detail. Though he does say that electrification "can't be the dominant part." This should provide some solace to all those worried the gasoline engine could disappear from the American muscle car. Just as Dodge is reluctant to stray from the original intent of the muscle car, it's not hard to imagine the Challenger/Charger being the last to go full-electric. Gas engines supplemented by 48-volt systems or plug-in hybrids will most likely be the end result when we first see electrified Challengers.

We'll surely hear more of this over the coming years, but consider it very forward thinking right now. Mid-2020s is a long ways from 2019, so consider your 700-plus horsepower, supercharged, fear-inducing V8 safe for the time being.

This article originally appeared on Autoblog, the complete authority for news, reviews and car-buying research.