A web directory for startups by a startup? Sounds interesting.

Almost all entrepreneurs who have completed their MBAs want to immediately get the ball rolling on their enterprise ideas once they graduate, but many end up struggling. Founder and CEO of MAGNiTT, Philip Bahoshy was one of them. This British-Iraqi entrepreneur has been living in Dubai for seven years, after earning his B.Sc. in Economics from the London School of Economics, and an MBA from INSEAD. Bahoshy had many ideas that he wanted to develop after finishing business school but "struggled with getting concept validation, guidance and support, and funding opportunities."

And it turned out that he wasn't the only one struggling with this problem: "The more I spoke to entrepreneurs in the community, I realized that this was a similar problem for many." Bahoshy also mentions that after noticing the problematic aspects of pitching events and other challenges entrepreneurs face to get their ideas to development stage, he began to notice a gap that he could fill. All in all, the focus was on what he calls the "invest-ability" of the startup, with minimal focus on "support, mentorship and guidance." And that's where MAGNiTT comes in. In short, the founder describes MAGNiTT as "an online community connecting entrepreneurs and their startups to investors, mentors, and co-founders from the MENA region." 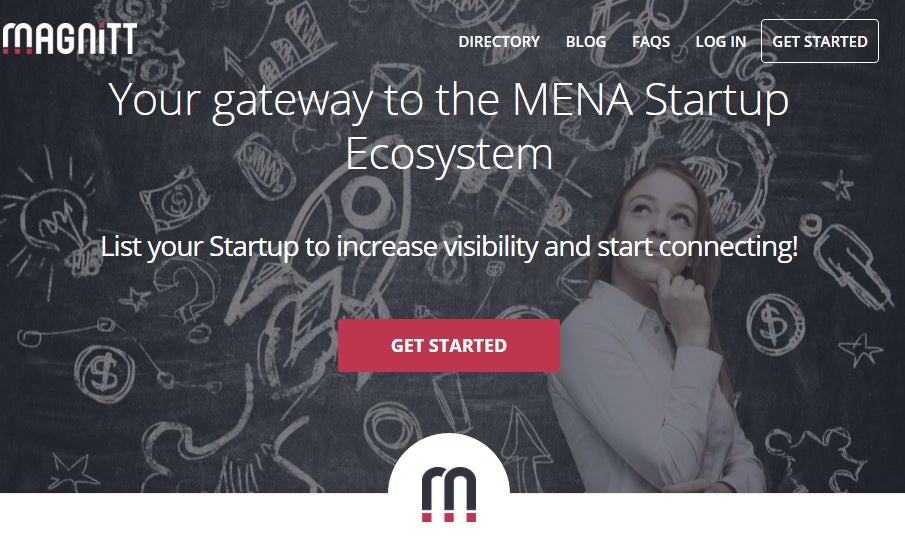 A web directory for startups by a startup? Sounds interesting. While much of the focus of the respective MENA entrepreneurial ecosystems is on a local level, MAGNiTT's vision is broader, in that it is regional. But developing a MENAwide platform like MAGNiTT was not an easy feat. After designing the platform using "lean methodology," Bahoshy then moved on to two primary focuses: having user-friendly mechanisms to filter through startups from the region, as well as to funnel information in a consistent manner.

It's definitely no surprise that these were priorities, as the founder reminded me several times that it takes a mere 15 minutes to get a startup listed on the platform. Not only did Bahoshy have to develop a top-notch product, but he is also working on bringing in all of the actors of the MENA startup ecosystem in: we're talking startups, VCs, business founders, and more. Sounds like a lengthy to-do list, and it is, especially given that the team is only Bahoshy and "an outsourced tech developer."

That said, the founder is focusing on raising funds this year to grow the MAGNiTT team. So far, the costs have been allocated to the website's development- and it's all been bootstrapped to date. A beta version of MAGNiTT was released with limited access, something that Philip Bahoshy found very helpful in hindsight. "This allowed us to improve and tweak the platform before opening it up to the public," says Bahoshy, who also says that it helped him make an important decision: MAGNiTT will be a mobileresponsive website, rather than a platform that's both a desktop website and an app.

Does MAGNiTT have the pull needed to attract the region's entrepreneurial ecosystem? First impressions appear that way. "We've been able to attract more than 200+ startups," says the founder, adding that 300 investors have also joined over the last few months– a grand total of 1,200 users so far, at the time of writing. When asked about the registered startups' respective stages, Bahoshy claims that 77% "are looking for mentorship for their startups." Moreover, 19% of registered startups are at their prototype testing stage, while 17% are at seed stage. MAGNiTT is also going well on the networking front with "over 120 connections in the past two months alone." 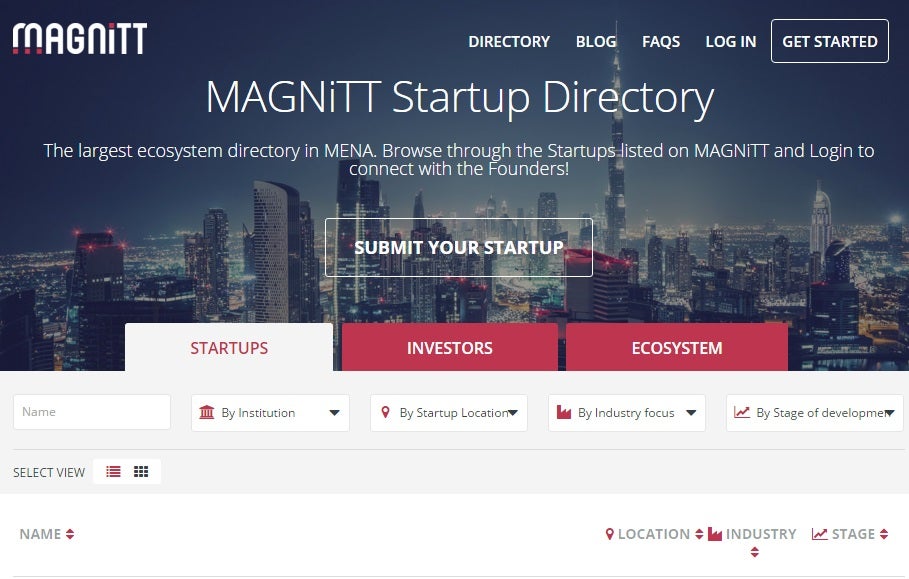 Going forward, there is still much more that he wants to add to MAGNiTT. Over the next few months, we can expect some small but significant tweaks, including "improved" profile pages, funding sections, and a more comprehensive startup directory as well. There are more plans for MAGNiTT in the long term as well: Bahoshy wants to add more services for startups, including legal, marketing, and even HR. Also, startups will be able to pitch to VCs via video on the platform.

On an editorial note, MAGNiTT will launch a blog, which Bahoshy hopes will become a valuable resource for entrepreneurs, as well as research reports on the different markets and entrepreneurial ecosystems in the MENA region. As for making money off MAGNiTT, Bahoshy says he plans on two approaches to go about that: a subscription model for users that charges a premium for additional information, as well as advertising revenue from service providers that can support startups based on their specific needs and requirements. 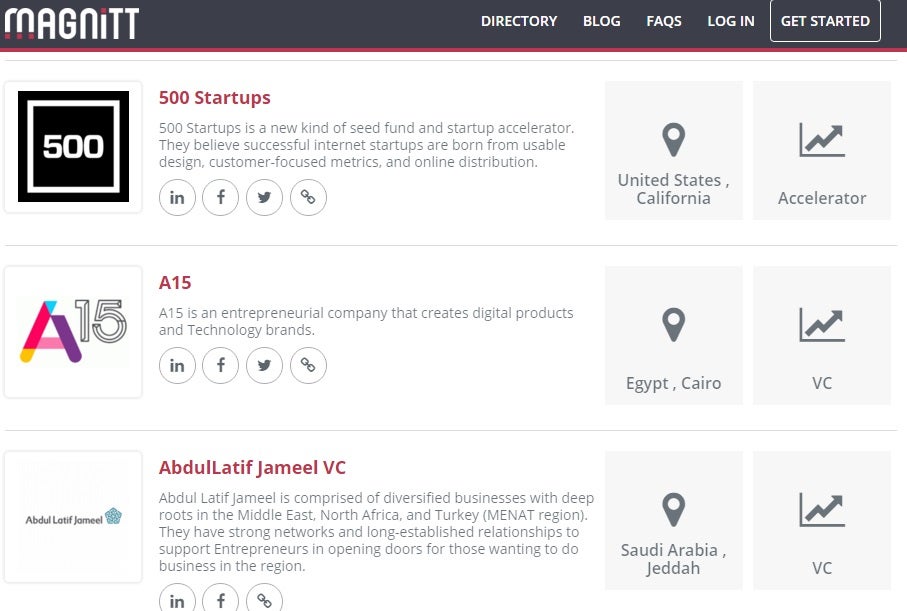 MAGNiTT's marketing game plays on several fronts, but "social media is key" to the platform, according to Bahoshy. The startup is active on Facebook, Twitter, and LinkedIn, and it has used social media to directly interact with startups. The founder also says that social media has been a good tool for "education," both for startups and other key stakeholders in the entrepreneurial ecosystem. Bahoshy has also been attending startup conferences across the MENA region to reach out to startups, accelerators, VCs, and incubators, including the recent RiseUp and STEP conferences.

What advice does he have to give to startups? "Listen, don't react, take time and persevere, be agile, and solve a problem." And Philip Bahoshy's take on giving up all of his spare time for his startup? "I'm a firm believer that you either give something a 110%, or don't bother doing it at all."