By Fida Chaaban
July 20, 2015
Opinions expressed by Entrepreneur contributors are their own.
You're reading Entrepreneur Middle East, an international franchise of Entrepreneur Media.

"My life is an open book. You ask the question, you'll get an answer," says David L. Richter, promising that anything and everything is up for discussion. The CEO and President of Hill International is in the UAE visiting his Dubai head office, and I have managed to wrangle an hour of his time for this interview. Richter's extreme comfort with the press isn't without good reason: he's one of those people who has an annoyingly-flawless track record (both personal and professional), the on-paper validations proving a nose-to-the-grindstone type work ethic (not exactly necessary for a CEO, but highly desirable), and the right mix of wit, charisma and refinement (not to mention being camera-and-quote-ready) to make him cover story material for even the least-inspired of writers.

All of these factors converge to make the archetypal Super CEO; the kind that simultaneously impresses and irritates you- why the irritation? Because the Super CEO is beyond reproach. Because the Super CEO reminds you why he's the CEO and you're not. and finally because the Super CEO is that unicorn-rare combo of humble overachiever and innovator. So when I sat down to talk leadership with Hill's Super CEO, I did try to get under his skin. I did try, several times over, to find some shortcoming or some area that I found questionable. Spoiler: I didn't succeed, and perhaps that's one of the reasons why Hill International went from an American SME of 200 people to a multinational operating in 50 countries with more than 5,000 employees.

It is sometimes the case in the world of business that you find someone who seems to have been plotting their life course as an adult since early childhood. Looking back through their personal and professional lives, you sort of marvel at what seems to be almost a prescient type of foresight and intuition- the decisions they made, the avenues they pursued, and even the opportunities they eschewed knit together seamlessly. It all seems to converge in an uncanny, and yes, a fortuitous map leading to success on a grand scale. This is the case with Richter; he's got a degree in civil engineering, another degree in law that he put to work as a corporate lawyer with a focus on M&A, and he's what one would refer to as a life-long learner. "I'm still in school- I'm doing a part-time executive Master's program at Oxford. This would be my second business degree. Education is incredibly important; I definitely believe it's not something you do until you're 25 and then stop; it's something you do your entire life. My wife is definitely afraid that I'll pursue a Ph.D. once the master's is done," he says jokingly. 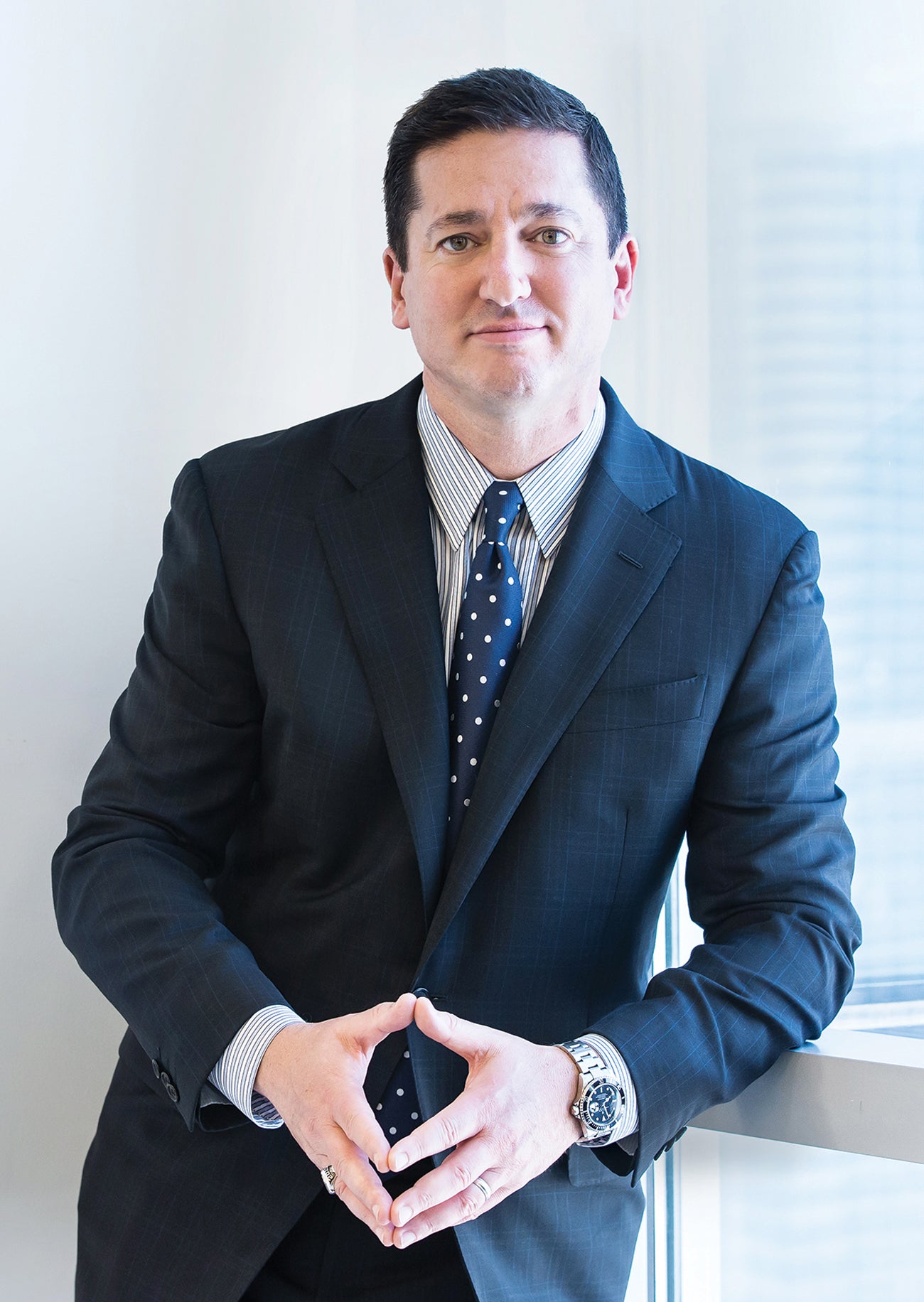 But I don't think he's joking- at 49 years of age, Richter is that rare sort of business magnate who is constantly embarking on some type of enhancement experience, be it theoretical or practical. he's admittedly Type-A, and says that when he's in his 70's he may just go for that Ph.D. rather than play golf all day. "The brain is a muscle; the more you use it, the better you get," says Richter by way of agreement that if you don't use it, you lose it. His one weakness? He's unilingual: "I wish I spoke more languages; we do business in so many countries."

A good deal of that business is in Middle East nations, and as any successful enterprise knows, the earlier you're established in a market, the stronger your foothold once that market emerges. The family business angle of Hill is well received in these parts, being such a prevalent model in the MENA region, and Richter acknowledges that those structures aren't without their own set of challenges. "If a family business is widely held-second, third and even fourth generation- you may have a lot of cousins all with the same last name and think that because of that, they can do whatever they want. Fortunately, for Hill, I do say that we were a family business because it was my dad and I, but it really was a very closely-held company until we went public in 2006. My dad, my brother and myself were the only shareholders in the company, and my brother never worked in the company."

While Hill isn't exactly a family business by the MENA definition, the company was founded by Irvin E. Richter in 1976, who is today its Chairman, and Richter Senior was succeeded by Richter Junior. Appointed to the position of President and CEO on December 31, 2014, Richter Junior had also served as a member of Hill's Board of Directors since 1998. "I don't think me taking over from my dad was a surprise to the market or anybody inside or outside the company. I'd been with the company for 20 years. The last 10 years I was the COO, and my dad turned 70 last December, and it was an ideal time for us to work on a transition." 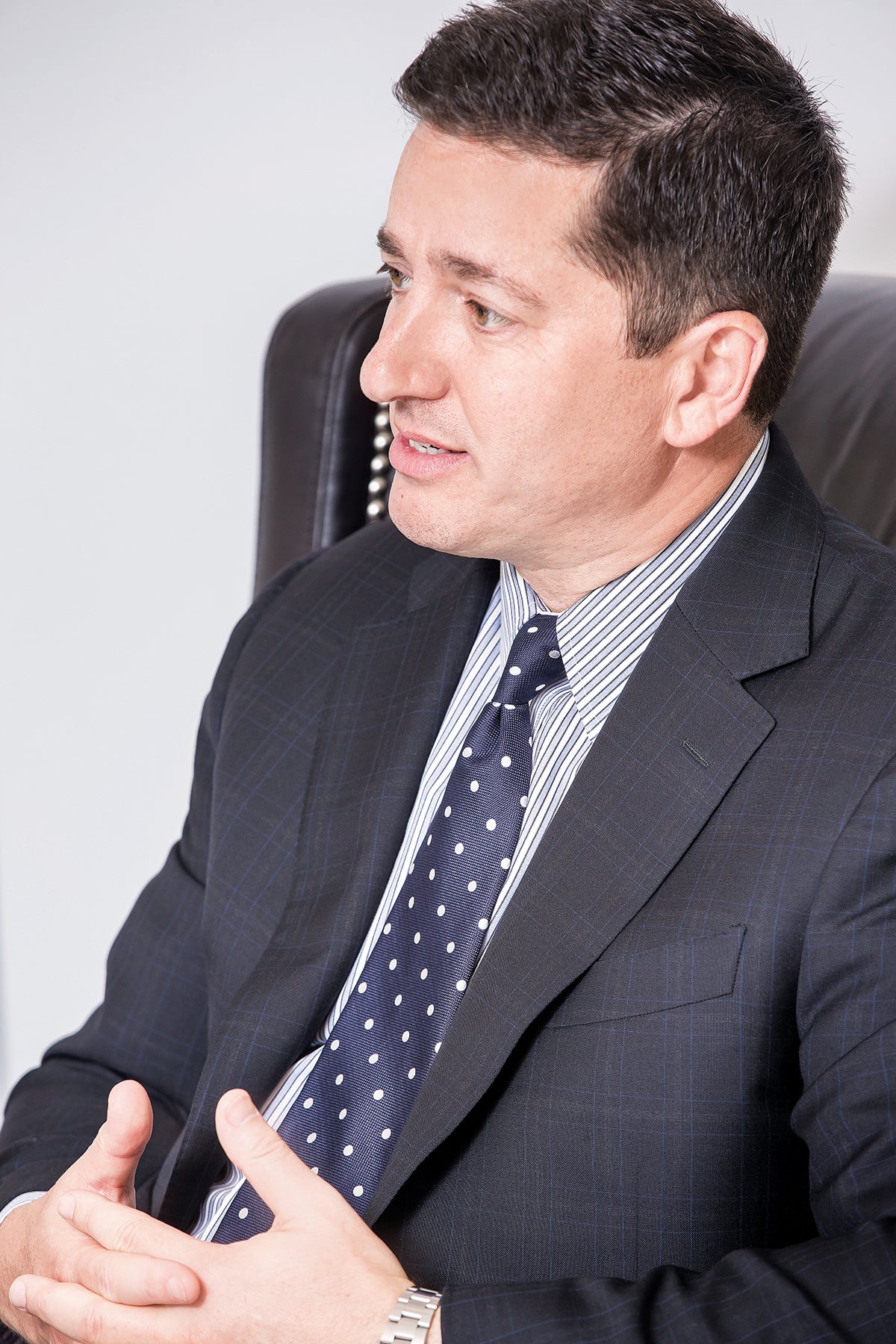 The father of four began with the company as General Counsel, and says that he went to law school with the intention of using it as a stepping stone of sorts to a business career. "Back then, we were a fairly small company. I joined in 1995, and Hill had about 200 employees and it had found a really nice niche in the construction sector, but it just seemed like it could be so much more; the potential there with Hill was huge scale-wise, and really the potential of the company. We had a great reputation in the two services we provided, project management and construction claims," he explains, adding that where he saw real window of opportunity was on the project management side of the business.

Currently, a majorly lucrative revenue stream for Hill is wading into the construction litigation arena. it's a sizeable chuck of the company's work: 25% of Hill's business today is in construction claims where they are involved in disputes on mega-scale projects. "We come in and we act as the expert witness for one side or the other. These claims can be a couple of millions of dollars or a couple of billions of dollars." I lob a comment at Richter suggesting that as a Canadian, I view the U.S.-system as lawsuit-happy, so business must be good. And business is good- the company's shareholders are pleased, the numbers are there, and Hill is a trusted name on the stand.

Our legal talk turns political, and Richter says that he's extremely interested in how the American government runs. A staunch Republican and positively a patriot, I am prompted to ask Richter point blank: does he have political ambitions? Indeed he does, and what follows is an enlightened discussion on how a flourishing economy and a pro-entrepreneurial environ can do so much for any society in general and American society in particular; unemployment would drop, opportunity would climb, and even civil unrest can potentially be assuaged- an industrious (and cash-healthy) country is a good foundation for a contented one. Perhaps this is why so many of the presidential candidates are focusing on bringing back the American dream of yore. At the time of writing, reality TV persona and businessman Donald Trump had just announced his run for presidency, and it occurred to me that I hadn't asked Richter which candidate he was backing in the ever-increasing line-up. he didn't tell me who he was supporting, but he did tell me who he wasn't rooting for: "I think what you are seeing in the very large number of Republican presidential candidates and the very small field of Democratic ones is the realization within both parties that 2016 is shaping up to be a very good election year for the GOP. I also think there are a very good number of highly credible and capable Republican candidates for the presidency. Donald Trump is not one of them." 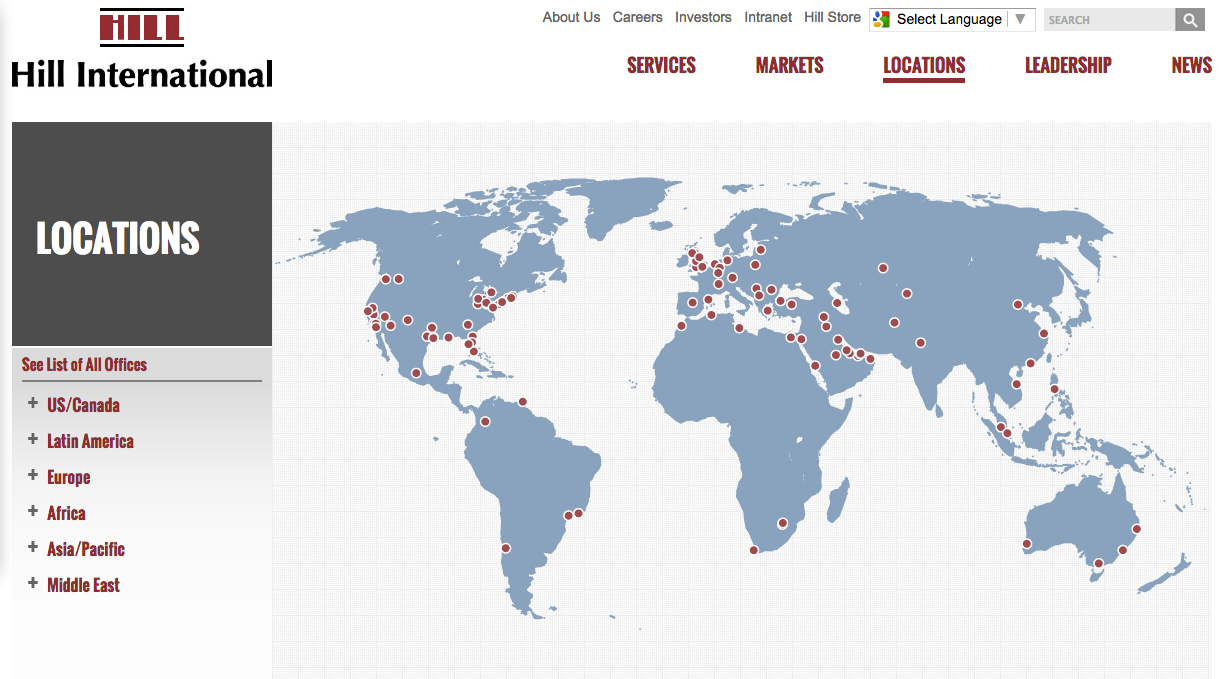 Unlike many CEOs, Richter doesn't view his staff as rank and file, he sees them as integral components of the total value add, and what better way to motivate everyone to keep their eyes on the prize than to give out shares of the pie? "Having well-incentivized employees was very important to us; it was one of the reasons we went public. We were able to give our employees something that was more than just a raise- hey, we'll give them equity in the business and make them feel like owners. I don't think we created 5,000 entrepreneurs, but we certainly created a lot of people that were very vested in the success of the company overall and not just the success of their job."

And as for the notion that being part of a mammoth corporation is a steady soul-killer, Richter's got ideas about that too. You might not be a "trep by the strictest definition, but that shouldn't stop you from thinking like one. "There's room for entrepreneurship within companies that are already established, which is how I sort of view my role. I think of myself as an entrepreneur within an organization. I'm not an entrepreneur because I didn't found Hill," says Richter "But it's my job to make sure that Hill continues to act entrepreneurial by developing new markets, new services, and new opportunities." I think therefore I am? Maybe that's how a CEO who isn't an entrepreneur, landed on the cover of Entrepreneur. 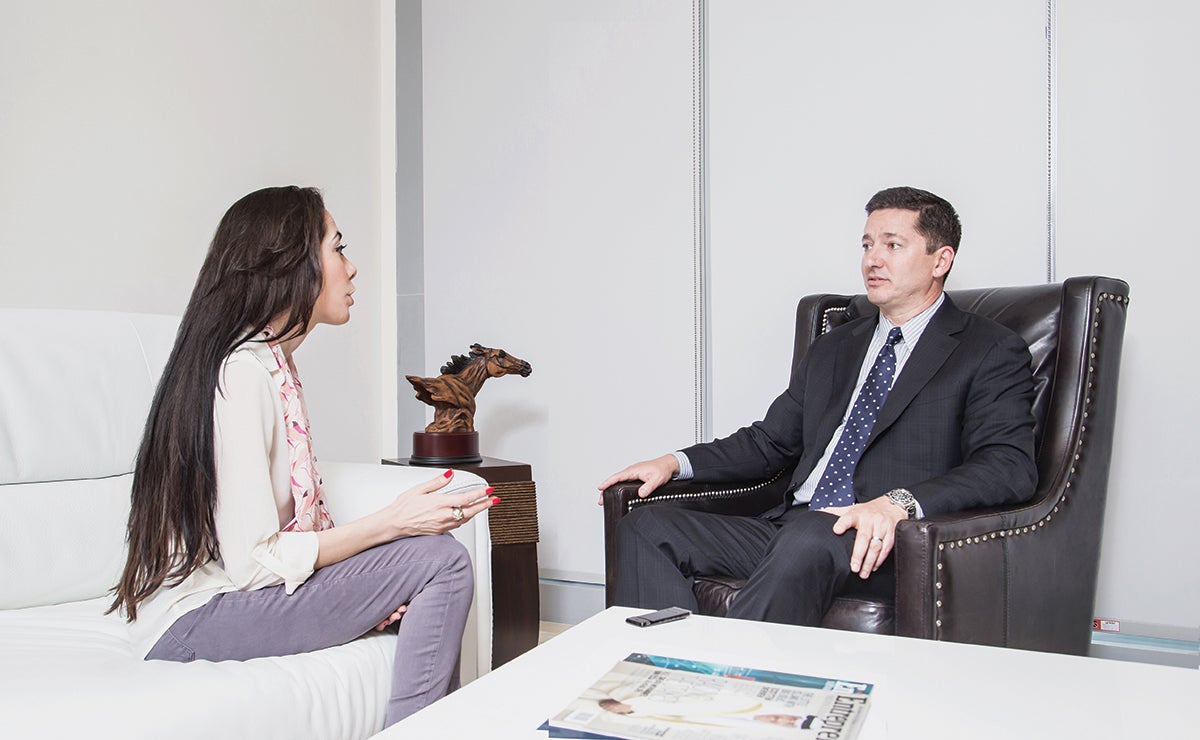