Being An Entrepreneur Can Make You A Happier Person

By The in5 Team
August 21, 2017
Opinions expressed by Entrepreneur contributors are their own.
You're reading Entrepreneur Middle East, an international franchise of Entrepreneur Media.

For many people, being an entrepreneur is not mainly about money or ambition, but about doing what makes them happy. And given that happiness is such an important theme in the UAE, perhaps we should consider an increase in entrepreneurship as a way to also increase national happiness. The connection makes intuitive sense, but there is also research to back it up.

Yes, entrepreneurs face struggles and risks galore but they also have the freedom to be their own boss and drive their own destiny. That is the intuitive part.

And research from Europe confirms it. Martin Binder and Alex Coad are German economists who wrote a 2010 paper entitled Life Satisfaction and Self-Employment: A Matching Approach. They looked at a large sample of data from the British Household Panel Survey for 1996 through 2006. The British survey asks people how satisfied they are with their lives overall, and also measures their mental well-being through a series of 12 questions. Binder and Coad made an important distinction, separating people who became self-employed as a matter of choice from people who became self-employed as a matter of necessity.

What did they find? That for the necessity group –those who moved to become their own bosses– happiness outcomes were little different than for people who moved into or in between regular jobs. But for the opportunity group, who had moved voluntarily, it was a different story. Binder and Coad reported "significant positive effects on happiness of switching from employment to self-employment, compared to a matched sample of those who remain where they are."

In their conclusion, the researchers suggest that "the autonomy enjoyed by "being one's own boss' more than compensates entrepreneurs for the hardships otherwise associated with self-employment."

From our base in Dubai we at in5, TECOM Group's enabling platform for entrepreneurs and startups in the region, have a few more ideas on why being an entrepreneur can make you a happier person. 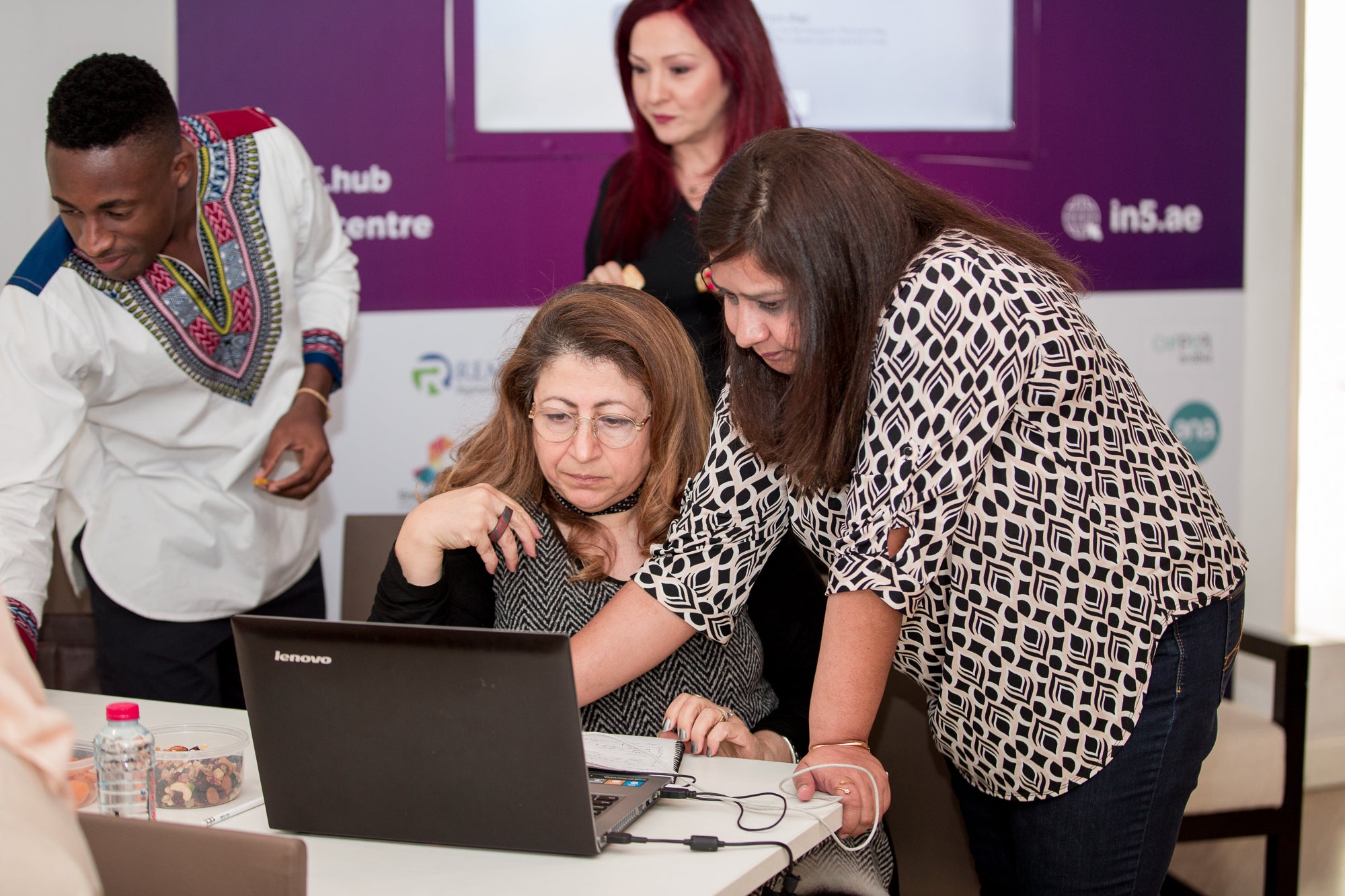 A workshop being conducted at in5 Dubai. Image credit: in5.

Entrepreneurs are more exposed to positive influences, which, by themselves or in unison, promote happiness. These include optimism towards the future, motivation to do one's best, self-confidence, wealth, power and societal. The satisfaction derived from social entrepreneurism –a type of entrepreneurship that provides innovative solutions so that society can use them to advantage– is another important source of happiness.

That is not to say that entrepreneurs are immune to negative sentiments. They are susceptible to the fear of failure, the uncertainties from volatile market conditions, a nagging worry concerning revenues, or even the pressures that come with the day-to-day running of the business. For some aspiring entrepreneurs in the UAE, these negative sentiments are the hurdles that prevent them from achieving their potential. But many of these reservations are being addressed.

The Government of the UAE recognizes the challenges faced by entrepreneurs. A lot is at stake, since entrepreneurs are the progenitors of the small and medium businesses that are the lifeblood of the economy and generate 42% of the workforce and contribute around 40% to the total value add generated in Dubai's economy according to government agency Dubai SME.

With this knowledge, the Government of Dubai is building a business ecosystem that nurtures entrepreneurship. The principles that support happy entrepreneurs are articulated in Dubai Plan 2021. The plan, with the aim of happiness at its core, aspires to lead the emirate into a happy place– a city where people feel creative and empowered, a smart city, a global hub which has the wherewithal to serve as the financial, trade, logistic and touristic hotspot.

Communities such as Dubai Internet City, where in5 is located, contribute to another aspect of entrepreneurs' happiness: collaboration.

Humans are social animals and it is our nature to want to work together. It gives context and meaning to our work. Communities bring businesses with similar goals into a common space and encourage this sort of interaction. People are happy when they share an idea or brainstorm with a like-minded person from another part of the community. This is how innovation happens and it is a good feeling.

It is true many entrepreneurs begin solo as a business entity, and that thought in itself is quite challenging. But they absolutely don't have to go it alone. Dubai has a solid support system in place where they can receive practical help, guidance, camaraderie and the network.

This is why we chose to write this article as a team, the in5 team, rather than have it be the work of one person. Because not only are we stronger when united, but happier too.