"Becoming an entrepreneur is not just a title that you'll carry- it's a responsibility."

Considering the size and scale that TECOM Group boasts of today, it can be hard to imagine its inception in Dubai back in 2000, when it started through the establishment of Dubai Internet City with a vision from Vice President and Prime Minister of the UAE and Ruler of Dubai, H.H. Sheikh Mohammed Bin Rashid Al Maktoum. This initiative's early days should resonate well with the entrepreneurs among you, and TECOM Business Parks CEO Malek Sultan Al Malek acknowledges the startup-like origins of the organization, which saw it not go down the traditional industry development agency route. "We had chosen [to do] things that no one has done before," Al Malek says. "We had chosen a different way of doing things. We set a benchmark; we were being disruptive from the day we set out on this project. So, from that end, we were innovative, and we started very small as well. So, from its DNA, when TECOM started, I would claim that it is, partially, an entrepreneurial trip that we have chosen, to build all of this." And what a trip it has been: TECOM Business Parks has grown to encompass today the region's most prominent business hubs like Dubai Internet City, Dubai Media City, Dubai Knowledge Park and Dubai Science Park, and its pace of progress is showing no sign of slowing down anytime soon.

Having concentrated on developing the industries of technology, media, science and education, it's good to note that TECOM Group, a member of Dubai Holding, has not only been able to bring the world's leading organizations in these areas to set up shop in Dubai, but it has also facilitated the creation and development of SMEs in these particular sectors as well. After all, the aforementioned industries are the ones where entrepreneurs have been making their mark around the world, and it's been no different here in Dubai- as Al Malek explains, these industries were selected in the first place owing to their potential to create future value for the city and the country at large. Al Malek points out the plethora of media and technology companies that have been created and developed, thereby contributing to the making of a robust entrepreneurial ecosystem in the Emirate- which, according to Al Malek, has a couple of beneficial knock-on effects as well. "We think that if everyone grows, ultimately, our cities and our industries will grow as well," he explains, noting that today, there are over 75,000 people working in the communities built up by TECOM Group. With this being the case, it should come as no surprise that facilitating and enabling the development of the entrepreneurial ecosystem in Dubai has been on the agenda for TECOM for quite a while now. Perhaps its most prominent endeavor in this regard has been the setting up of the in5 Innovation arm in 2013, which has been wholly dedicated to incubating startups in the ICT and digital media space. Al Malek explains that in5 came into being after the team recognized a gap for focused industry resources catering to the specific needs of entrepreneurs setting up their businesses in Dubai. "Entrepreneurs want easier entry [into the marketplace]; they need guidance; they need support, both technically and from a business point of view. They need connections in business development. All of this was translated by TECOM into a vertical, which is our incubator, in5… With in5, we created a brand that has a mandate to deliver [on the aforementioned points]." While over 70 companies have been housed at in5 since its launch, the center has also managed to engage with more than 20,000 people as its community members. "In the last two to three years, we have received more than 1,000 applications [to in5]," Al Malek reveals. "Those applications go through a process with industry members- we have a steering committee who decide on who's qualified and who has an idea that can be supported, accelerated and incubated."

Related: The Proposed UAE Bankruptcy Law Is Yet Another Boost For Entrepreneurs In The Country 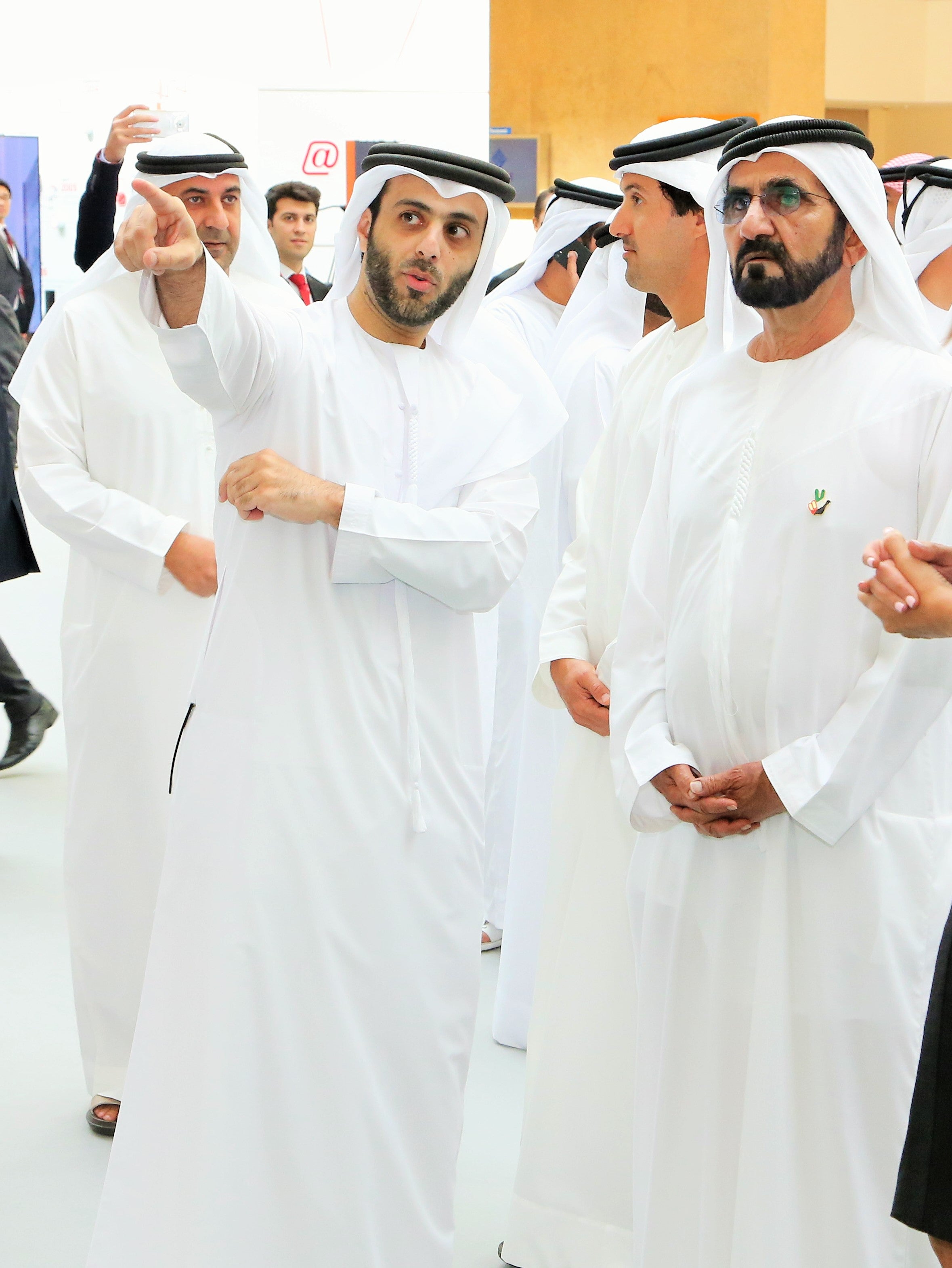 Besides helping with setting up, training, networking and mentorship, in5 has also made alleviating one of the key pain points of entrepreneurs starting up businesses in the UAE – access to funding- a key priority- in fact, in5 has helped startups raise AED58 million since its launch. "I think this is clear evidence of the success of this entrepreneurial platform," Al Malek says. It is thus in5's success as a startup incubator in the tech space that has been a key driver for TECOM Group to now invest in the creation of a similar creative space for the media industry- announced in late 2015, in5 Media, which will be located in Dubai Production City, has declared its mission to be to "empower entrepreneurs and champion innovation and creativity across the media sector." The new space, which is a part of TECOM Group's AED4.5 billion Innovation Strategy, is expected to support over 200 media entrepreneurs annually, with the development including everything from studios to fabrication labs to co-working lounges. Much like the original in5, the new center will also facilitate access to mentors and investors for startups housed under it, and thus drive the development of Dubai's media industry. When asked if there could be other in5 centers in the making, Al Malek says that in5 Design catering to design entrepreneurs, freelancers and startups will be launched in the coming month, and that the other sectors that TECOM Business Parks currently works in, such as science, and education, are also being assessed in terms of them having their own dedicated innovation centers.

With initiatives like these, it's clear that TECOM Group is keen on playing a key role in encouraging (and enabling) entrepreneurship and enterprise in the UAE, and from Al Malek's perspective, such a shift in mindset is well in line with global business trends. According to him, the UAE has the benefit of having always been innovative in whatever it does, and this has now translated into the country's business sphere as well: "I think it's very clear that we are now competing and also bringing this spirit into ourselves in industries that we only used to import," he says. "I think that's probably the clear shift that we have had. And this couldn't have been done if we didn't have a sustainable ecosystem." And Al Malek is very emphatic on the important role large corporates (many of which are housed in TECOM Group) have played in building up Dubai's entrepreneurial community. "They have done a marvelous job," he says. "One of the important things they have done is to establish the industry, to do their regional development out of here. Many of the partners we have already have their own entrepreneurial development programs for startups and SMEs, and many of them have contributed to the growth of many of our ecosystem's smaller players. If you look at Microsoft, they come up with their own partnership program, they have a competition where they take the winners to a global stage, etc. Our partners have thus definitely contributed to the development of the industry, to the availability of knowledge, to the quality of the individuals they bring as part of their companies, and ultimately, produce entrepreneurs, either directly or indirectly… I think it's fair to say that, without these partners, this industry could not exist."

Related: Why It's Easier For MENA Businesses To Venture Into New Markets 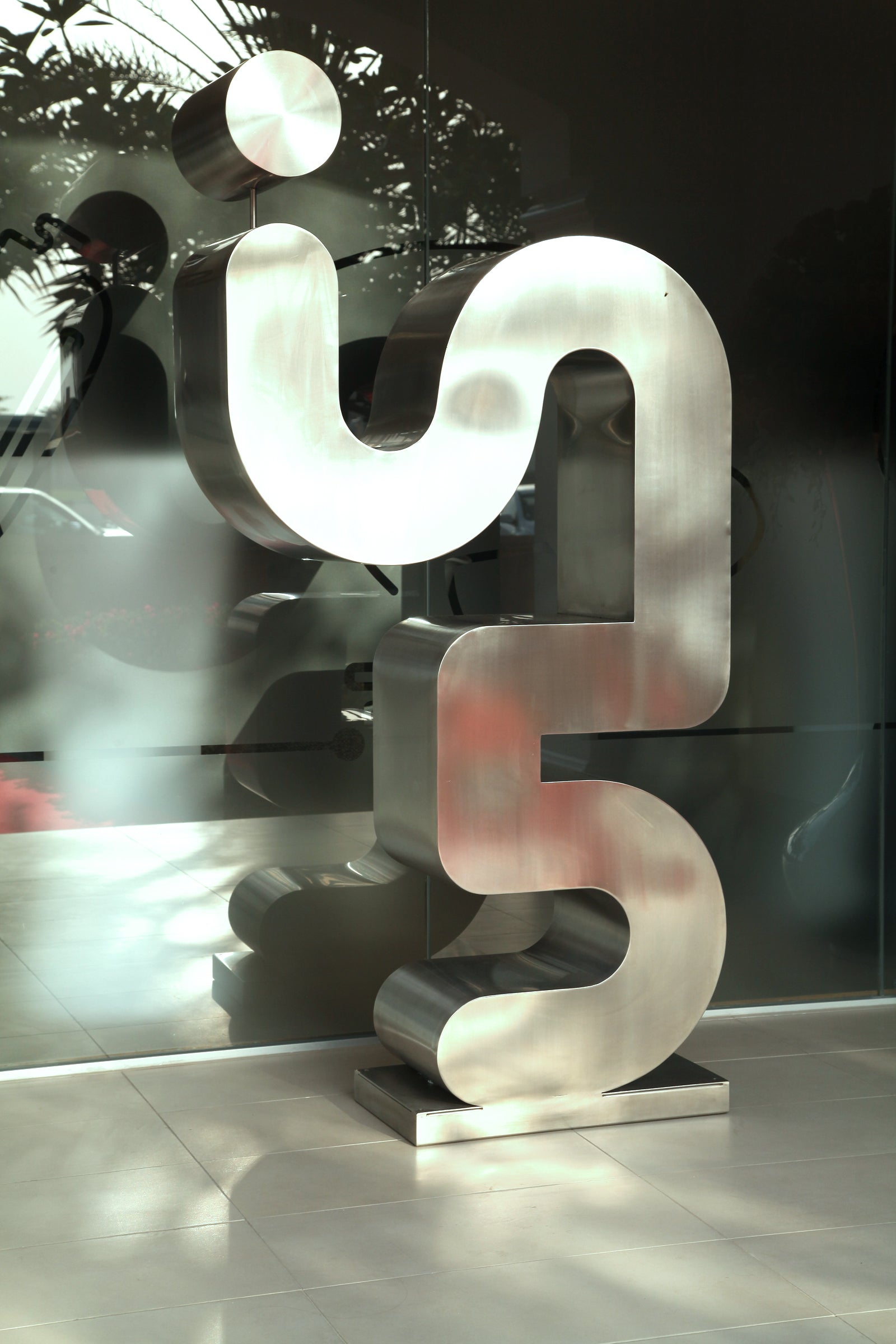 The in5 Innovation Centre in Dubai. Image credit: TECOM Group.

Hearing Al Malek speak, it seems very evident to me that this CEO has a particular interest in entrepreneurs, and he admits to the same as well. "My passion is, of course, recognizing the critical value these individuals can bring to the city, to their people, to the country, and to the UAE economy," he says. "It gives me the fuel to make sure we address anything that they will require- from what we have seen globally, we've seen the value that entrepreneurs can bring. So what drives me to make sure we are addressing this is the recognition of their value to Dubai and the region… My passion is to see more companies created in our creative spaces, and hopefully, we see some of them recognized globally too." Given that Al Malek is someone who has seen entrepreneurs by the dozens, I ask him if he has any advice for those who are considering taking on this mantle. Al Malek replies that while entrepreneurs need to be extremely passionate about what they are doing, they need to remain cognizant of their surroundings and the market at large, and be willing to pivot their services or products as per business requirements. "You should have passion- it should take over everything, but it should not make you blind to benchmarks, comparisons or the sustainability of the business," he says. Most of all, Al Malek says that one should remember that becoming an entrepreneur comes with great commitments- and one should be prepared for the kind of lifestyle it brings. "Becoming an entrepreneur is not just a title that you'll carry- it's a responsibility," he says. "It's not something that you just jump in to because it looks good."