By Sindhu Hariharan
November 20, 2016
Opinions expressed by Entrepreneur contributors are their own.
You're reading Entrepreneur Middle East, an international franchise of Entrepreneur Media.

Earn good grades and build an enviable resume- these are what most parents expected of their kids for a long time now, with nurturing entrepreneurial tendencies in children taking a back seat of sorts. But today, the value of encouraging a child's hustler side start at a much earlier stage in life is clear to see, as the ambition of becoming an entrepreneur becomes more and more common among millennials.

Silicon Valley-based social enterprise BizWorld.org took this up as its mission as early as 1997, and it has since been teaching elementary and middle school children (ages 7-15) across the US and in 100 countries around the world about running a business, with an aim to "empower children to become 21st century thinkers by awakening their entrepreneurial spirit." Spearheading BizWorld's entry into the MENA region is Helen Al Uzaizi, who, after over a decade-long career in the marketing and communications industry, has now taken up community development and entrepreneurship as a cause.

After brainstorming on starting an initiative that combined her passion to grow entrepreneurship and education in the region, Al Uzaizi stumbled upon BizWorld's programs, and considered them to be ideal partners to implement her vision for the region. BizWorld UAE, a social enterprise that is a part of Future Entrepreneurs group, aims to develop creative thinking and problem solving skills among the student community, along with building traits such as resilience and self-confidence. "I was interviewed by the BizWorld group, and I had to share the plan and potential of the Middle Eastern market, as they had never operated here before," recalls Al Uzaizi. "We had to look into the viability of Arabizing and localizing the content to meet the needs of the MENA region." Launched in July 2016 and headquartered in Dubai, BizWorld UAE has already implemented a pilot program in Jordan, and programs are also underway in a private school and the Abdul Hameed Shoman Foundation in Jordan. Other projects in UAE, commencing in January 2017, are also on the cards. Al Uzaizi admits that while many schools have begun to introduce entrepreneurship as a subject to their students, the changes are happening in an "unstructured way without a long-term plan. The programs that are being used only touch upon a very small part of the cycle and journey, and do not focus on the core behavioral and technical skills," she notes. 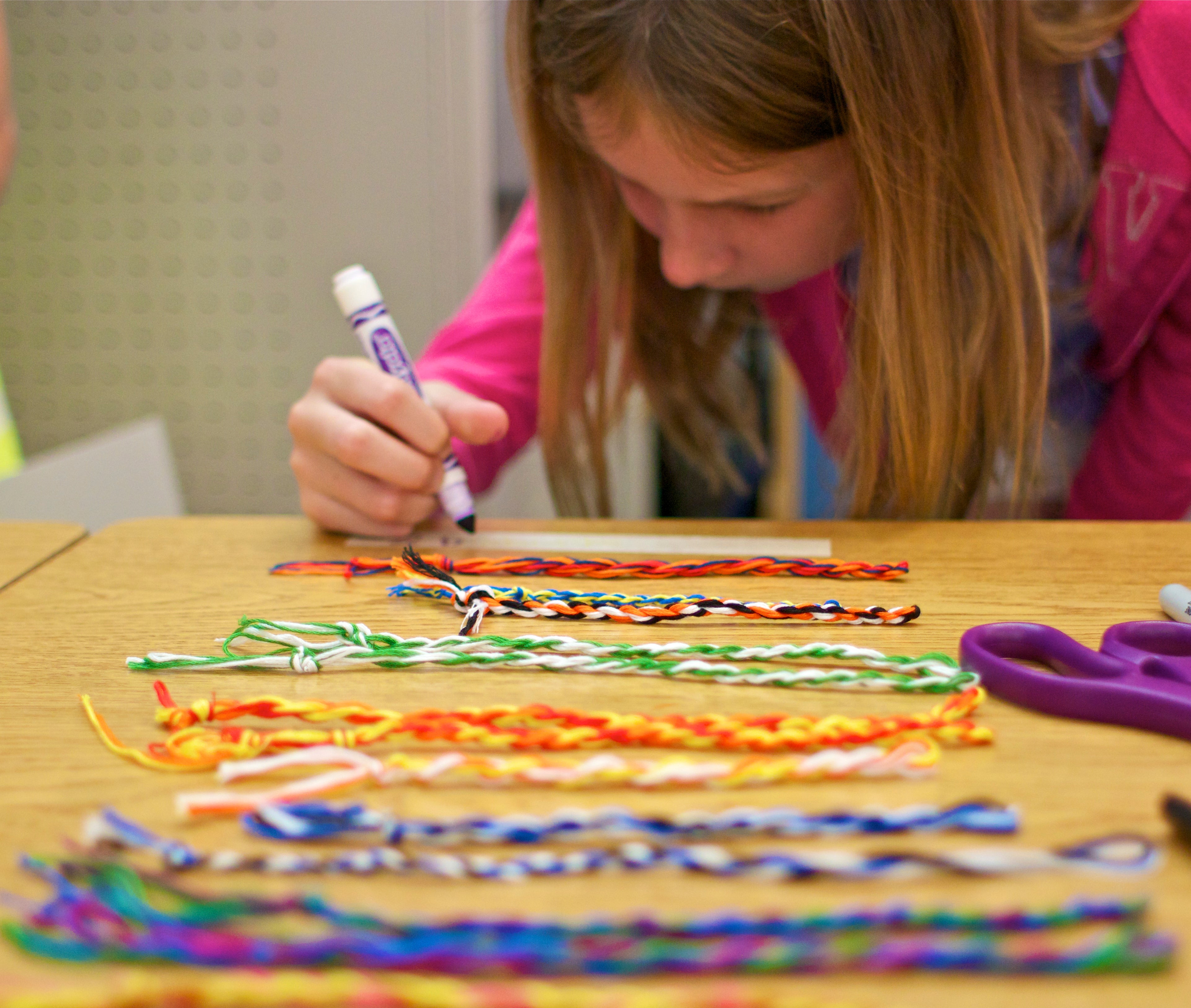 In contrast, BizWorld UAE is structured to integrate entrepreneurship into schools in a holistic manner, which involves training teachers as well. The organization will run project-based courses for children including entrepreneurship programs of 12-15 weeks duration, a comprehensive 60- hour program that introduces kids to concepts such as setting up a business, marketing, coding, and launching a product, among others. The programs can either be integrated into other subjects in the curriculum, or also be offered as extra-curricular workshops and camps. "They [students] are immersed in the experience, learning to creatively come up with an idea, work in a team, know their strengths, manufacture a product, raise money, give up equity in exchange for money, and the other basic principles that surround entrepreneurship." According to Al Uzaizi, assessments reveal that children finishing the program are found to develop team skills, responsibility and accountability, understand company framework, and also improve their presentation and soft skills- critical skills which they can take on to their adulthood. "No matter what career path they choose, they will grow up to become well-rounded individuals prepared to take on professional and personal challenges," she says.

The venture now aims to expand to Egypt and Saudi Arabia, and Al Uzaizi claims to already have interest from both countries for their programs. Though self-funded currently, BizWorld UAE has investments in the pipeline secured by friends and family. "We will look to raise money to further expand in the region down the line," says Al Uzaizi. With industry and education partners such as Aramex, Entrepreneur Middle East, Bishop School, Abdul Hameed Shoman Foundation, and other organizations in Jordan, BizWorld UAE is focused on its objective to provide children "the opportunity to explore beyond the traditional boundaries for their future." 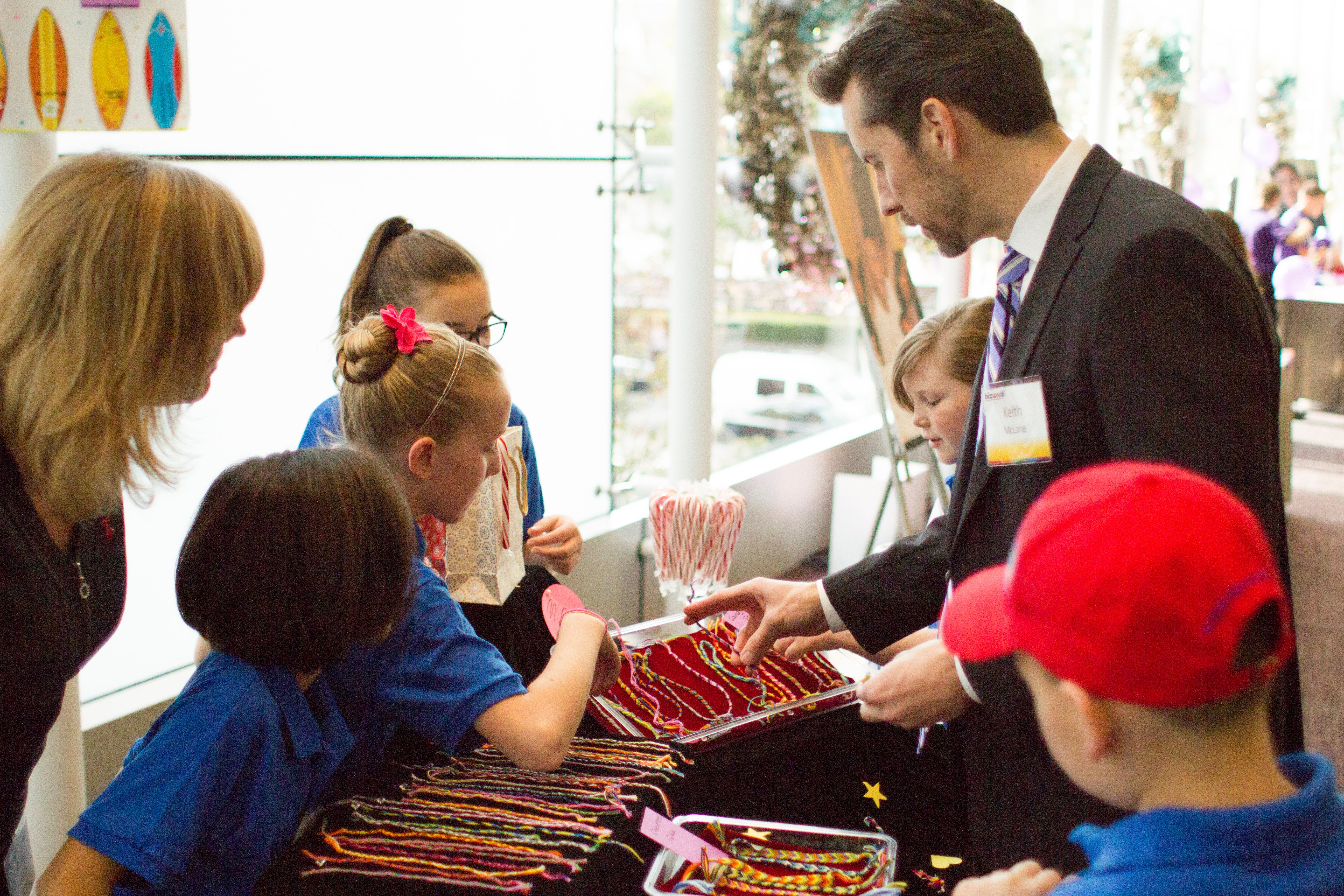 A scene from the global BizWorld program.Image credit: BizWorld.

Making the case for BizWorld in the MENA region (Source: BizWorld UAE)

What have been your biggest lessons learnt as an entrepreneur?

"It has definitely been a challenge establishing a new business, but one that has taught me many things along the way. The term entrepreneurship is tossed around like it's a simple decision; follow your heart, forget employment, and just be an entrepreneur. Truth is, it's not that easy. Setting up a company, the right way, has a lot of details that we don't realize exist until you get in the middle of it. It takes patience. There will be days when you want to quit, but you have to remain persistent. If you believe in it from the bottom of your heart, you'll keep going no matter what happens because you hold yourself accountable at the end of the day. If you're in it for the wrong reasons, you'll give it up because it is tough. This is one important takeaway for me, and should be for all entrepreneurs- if what you are doing is aligned with your values and is something you believe in, then your persistence and hard work will pay off."

Related: Teaming Up: The Importance Of Collaboration Between The Corporate And Education Sectors