By Pamella de Leon
June 30, 2019
Opinions expressed by Entrepreneur contributors are their own.
You're reading Entrepreneur Middle East, an international franchise of Entrepreneur Media.

"What? I have to pay that much to send money back home?" In a booming voice, this was Denarii Cash founder and CEO Jon Santillan's opening line in his pitch for the final round of Dubai Startup Hub's Smartpreneur Competition 4.0, held during Entrepreneur Middle East's Enterprise Agility Forum 2019 in Dubai. Behind him, in an eye-catching yellow graphic visual, was one of the fintech startup's core offering: send more money home with zero fees. Denarii Cash is a mobile application that allows overseas workers to send money to their home countries using a freemium model.

Currently focusing on expats in the UAE and Saudi Arabia originally from the Philippines (more commonly known as Overseas Filipino Workers, or OFWs), the startup is now working on personalizing the product for expats from India, Pakistan, and other neighboring countries as well. For Filipino expats based in KSA or UAE, customers can send a zero-fees transaction below US$300, and a subsequent transaction for a flat fee of $2.5 to the Philippines, with Denarii Cash also providing services like bill payments which allow migrant workers to pay for their kids' education, government fees, property taxes, and more from the mobile app itself.

Santillan is originally from the Philippines, where remittances accounted for 10% of the country's GDP in 2017, with UAE OFWs remitting more than $1.5 billion from January to September in 2018, and KSA OFWs remitting a total of $1.6 billion in the same timeframe, according to estimates by Bangko Sentral ng Pilipinas, the central bank of the Philippines. With that in mind, it's easy to see there's a definite market for the startup. However, it didn't start out that way: in 2017, after quitting working in the UAE's corporate arena, armed with a thirst to start their own venture in the Philippines, Santillan and his co-founder Denver Chua initially started with an idea for an app to help travelers convert their credit into cash. 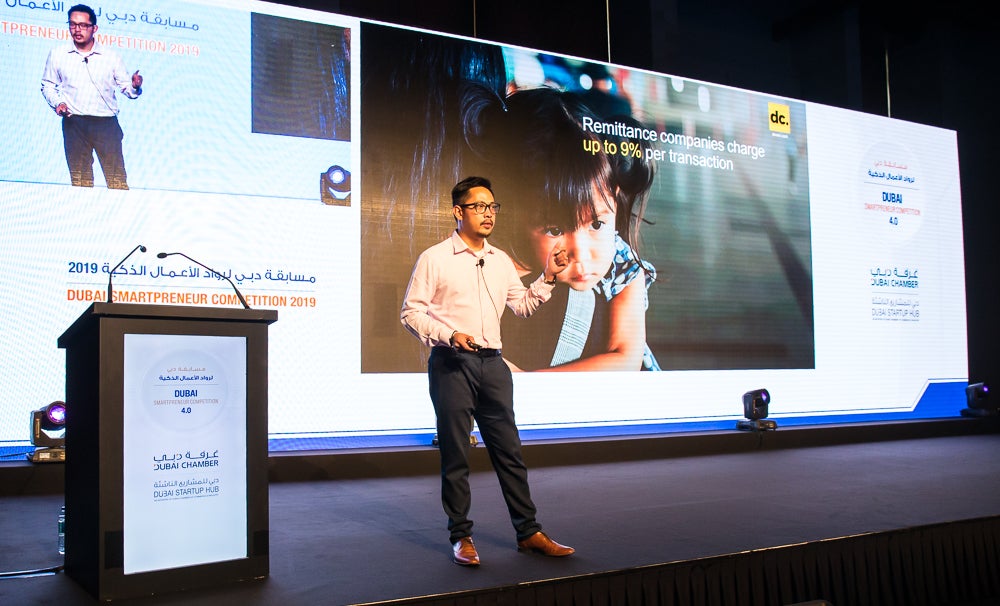 The idea didn't pan out because of the complexity involved in customer acquisition for the same, and as such, the co-founders thought of pivoting to an enterprise making use of crypto and blockchain- but again, they felt they were too late to ride the wave in this particular sector. Around the same time, as Santillan traveled around South East Asia, he noticed the popularity of mobile wallets, and wondered if a similar product can work for the Middle East market. Coming back to Dubai, most friends advised Santillan the possible difficulties that may come ahead, with a close friend suggesting to focus on providing value to smaller issues.

It was then that Santillan realized that just like other migrant workers, his drive to work in the UAE was to provide financial support for his family, and this, Santillan says, was the "aha moment" that pinpointed Denarii Cash's direction as a business venture.

As someone who's been living and working in UAE for the last 14 years, Santillan, who claims to have a penchant for solving problems using technology, has had digital marketing management stints in companies like Etihad Airways, Abu Dhabi Media Group, Almosafer, tajawal and Altayyar, while also dipping his toes in entrepreneurship as a Venture Partner at Mountain Partners, and founding digital marketing support company Searchfuse Marketing Management and edtech platform Afterschool.ae, among other projects.

This year, the startup partnered with Rebit, a Philippines-based blockchain-powered remittance platform, to power its last mile processes, and also applied for the Abu Dhabi Global Market tech startup license to separate Denarii Cash as a limited company, while also submitting an application for Saudi Arabian Monetary Authority's sandbox program for fintech startups.

For its business model, besides the freemium model of up to $300 per month with $2.5 per subsequent transaction, there's also a 1% exchange rate, and a 3% commission from the merchants that provides services in the platform. With a number of fintech players in the market, Santillan regards Denarii Cash as a distinct player: "We believe our USP is a combination of technology, experience, and our story to tell to our audience. We didn't create this from a technology perspective, but we believe that there is a problem [that can be solved] using blockchain protocol to minimize the cost and provide zero fees." 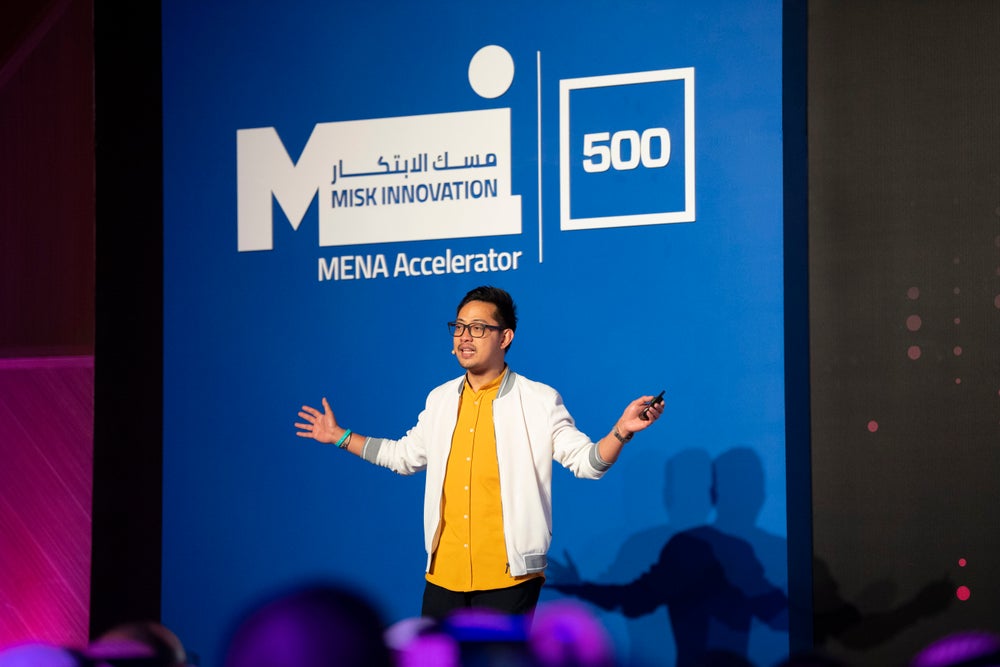 As with any startup, acquiring their first customers was a pivotal moment for Santillan and his team. For Denarii Cash, the startup believed in putting their money where their mouth is, and as migrant workers themselves, Santillan and his team were the first customers. Santillan also made use of all the opportunities he could tap into in the MENA's entrepreneurial ecosystem, of which this year's particular highlight was Denarii Cash winning the first place in Dubai Startup Hub's Smartpreneur Competition 4.0, with the AED75,000 cash prize to serve well as operational capital to grow the company.

The startup also recently graduated from the inaugural Misk 500 MENA Accelerator Program, an early- stage accelerator program of Misk Innovation and 500 Startups, wherein it received an undisclosed investment from 500 Startups and angel investor Sheel Mohnot, Partner at 500 Startups. This is a welcome change from Santillan's experiences not too long ago, when VCs were turning the early-stage startup's pitches for capital: "Last year, I was already on the edge of giving up and thinking [of going] back to the workforce," Santillan admits.

But he persisted, and that perseverance ultimately bore fruit. "It's always about the first person/company who believed and trusted your vision, [for us,] that is where the Misk 500 Startups program came in," he notes. He commends the advantages of joining an accelerator program, and advises other early entrepreneurs to do same as well. "It really feels great to find someone that understands you as a founder," Santillan says. 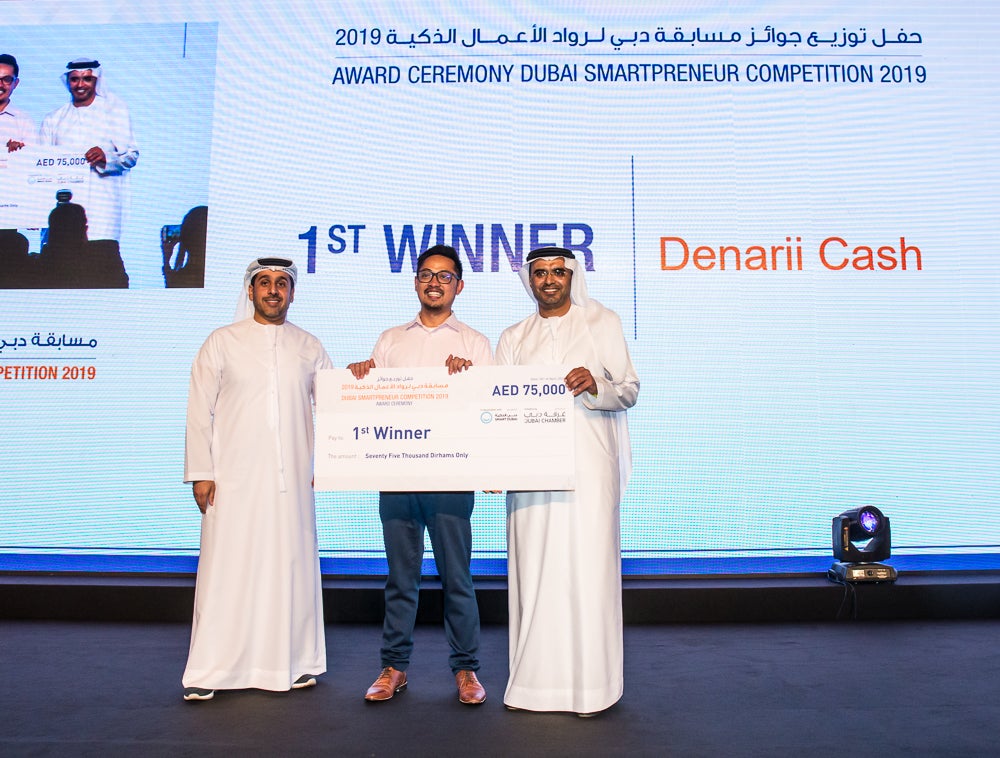 The startup also had its fair share of mishaps that have shaped the entrepreneur and Denarii Cash to be a better business. Santillan points it towards the first two pivots of the startup as a mark that led to better development: "The lesson here is [to] talk to your potential customer first, and see if you [can] add value." He gives an example of how during the Misk 500 MENA accelerator program in KSA, they literally went into the streets of Al Batha to survey the Filipino community, and get their opinion on the startup's offerings, "It turns out that there is a huge problem, and we are transforming the experience on how they [can] send money back home."

From having less than 100 transactions per month, Denarii Cash have gone to achieve more than 500 transactions per month now: "We grew our transaction by 400% monthon- month growth, and transmitted $730,000 since last April 2018." Santillan credits the enterprise's accelerated growth to the people he has got around him. "It is really important to be surrounded with people that have a similar mindset that push you to keep executing things to achieve your goals."

And Denarii Cash has an ambitious agenda ahead: in the next few months, besides aiming to expand to other segments catering to Indians, Pakistanis and other nationalities, the startups want to open its platform for other companies to utilize Denarii Cash's core platform. Santillan's ultimate goal? "To provide social impact where Denarii Cash can become the mobile wallet for the region, and a mobile wallet for overseas workers globally."