The app has a waitlist of over 10,000 users from across the Middle East, which was opened last March to test the region's appetite for the commission- free online trading app sector.

"Our biggest advantage is that we've built a platform in the region, for the region," says Feras Jalbout, founder and CEO of Baraka, a fintech startup on a mission to educate, enable, and empower retail investors in the Middle East. "We've really gotten to know our audience, and created a product that speaks to them. We did that by taking an approach that would empower our target demographic. Plus, the majority of people who have been developing the Baraka app, whether in terms of tech, user experience, or content, are exactly the people we want to be using it."

This statement, coupled with the seamless user experience that the Baraka app offers, explains why it already boasts more than 5,000 downloads despite launching only in early August 2021. While it received regulatory authorization from the Dubai Financial Services Authority in June 2021, Jalbout says that the app has a waitlist of over 10,000 users from across the Middle East, which was opened last March to test the region's appetite for the commission- free online trading app sector. "Generally, the greatest strength of commission-free trading apps is that they provide market access to a much wider group of underserved investors," Jalbout explains.

"With the exception of transaction fees when transferring funds, individuals can start investing immediately at no extra cost. This opens the market up to everyone, as it allows for much smaller investment amounts where, in theory, you can start with as little as US$1. That makes the investment community a lot more inclusive and accessible, which encourages and enables younger investors to start investing sooner rather than later." 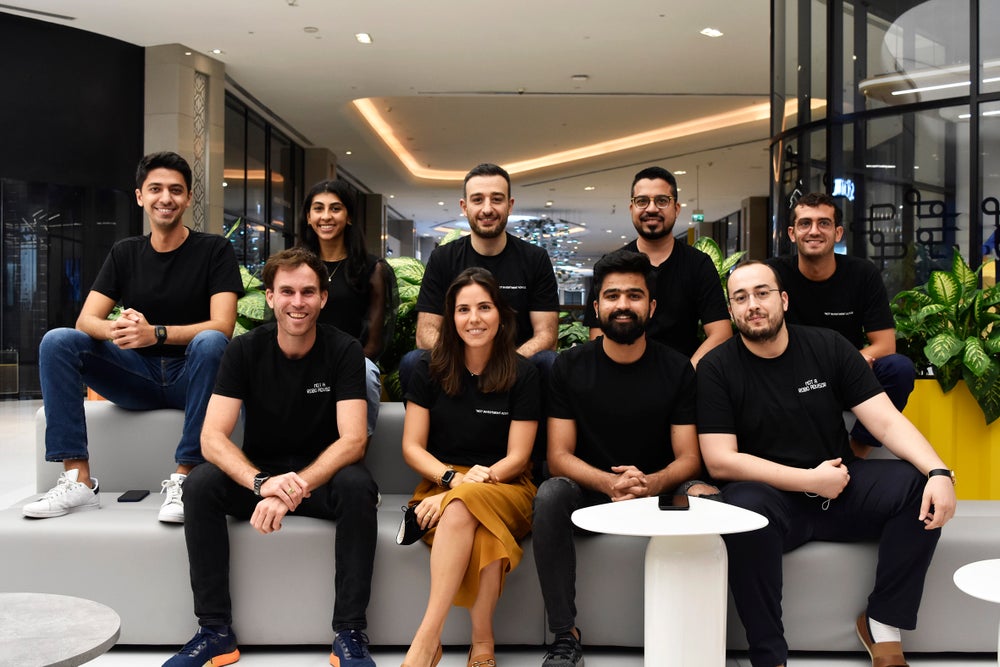 Jalbout adds that, currently, the sector consists of many apps which are "generic, complex, and not tailored to specific audiences." He notes that this is the exact problem that he and his team wanted to tackle when building Baraka. "One of our priorities from day one has been to develop a regionally relevant platform," he says. "Our core audience is based in the Middle East, so everything from the user experience on the app, to the tone and language of the content we produce, is personalized to them." As such, the Baraka app is now available to download from both the Apple App Store and Google Play Store for all residents and citizens over the age of 18 in the UAE, Saudi Arabia, Bahrain, Oman, and Kuwait. It provides free and direct access to over 5,000 US-listed securities, including stocks, exchange traded funds, and fractional shares with no minimum investment requirements. Besides that, the Baraka app also features a simplified dashboard for investors to monitor and track their portfolio, a content hub that includes daily market news, as well as an investment academy for users to build and test their knowledge. For more savvy investors, Baraka also offers the option of a paid tier that includes world class equity research from its industry partner, Refinitiv.

Growing support for Baraka's proposition has garnered significant interest from the regional and international investment community. The startup has become the fourth UAE company to be accepted into the highly sought-after Y Combinator accelerator program as part of its Summer 2021 cohort. Following its initial $1 million pre-seed round, Baraka has raised an additional $4 million with investment from Global Founders Capital, FJ Labs, Raptor Group, Tribe Capital, Nuwa Capital, VentureSouq, and Class 5 Global.

The funds will be used to enhance product features and expand baraka's user base across the wider Middle East and North Africa region. Khaled Talhouni, Managing Partner at Nuwa Capital, notes that investing in Baraka is his fund's first investment in the commission- free online trading app sector, and that is due to the conviction the company has in Baraka's founder and team, as well as the potential of its offering in the MENA region. "Baraka has built its service on top of a strong financial literacy offering," Talhouni adds. "The company is offering some of the best content we've seen startups craft in the region." 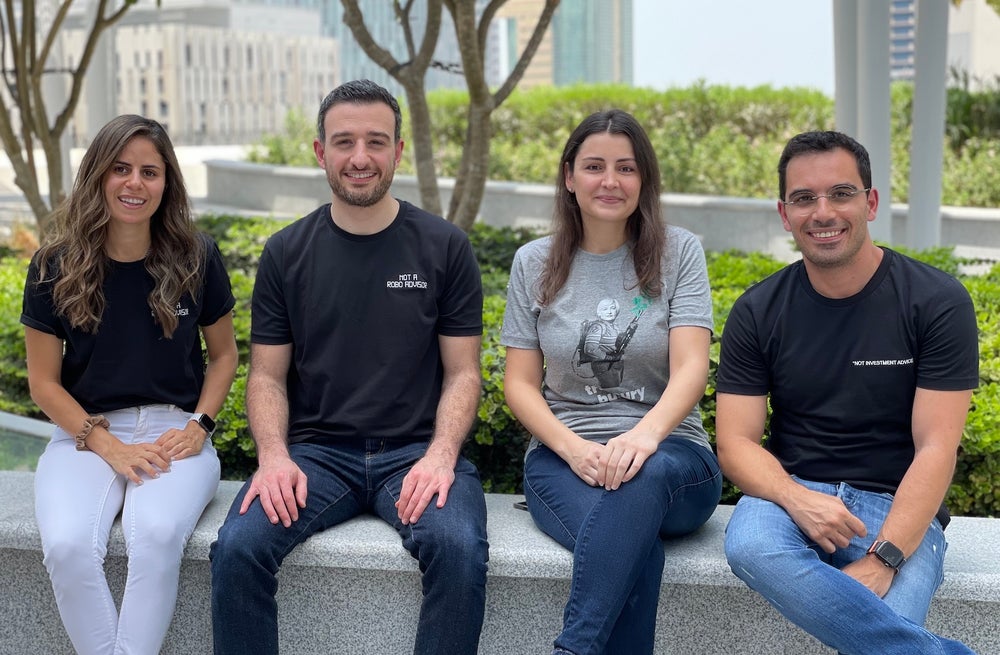 Baraka's rise follows the birth to a new wave of retail investors amid the global COVID-19 crisis who have made use of social media chat groups and other communication platforms and low-cost trading apps to enter this particular sector. This group of users are distinctly different from the investor groups that have historically been a part of this industry, who often belong to higher income segments and are known to be traditional and rigid with respect to their bets.

But it's this newer set of investors that were responsible for the meteoric rise of the shares of the US-based brick-and-mortar video game retailer GameStop in May last year, most of whom were trading from the comfort of their homes. The UK's biggest investment platform, Hargreaves Lansdown, also reported the rise of a new group of investors, with the average age of its users declining from 54 years in 2012, to 37 years in 2021. And while its average new account size fell, the number of new users still caused a jump in Hargreaves Lansdown's first-half 2021 profits, with it being explained by the fact that though younger users have less to invest, they do not hesitate to do so.

Signs of this change in investor profile are being in the Arab world as well, Talhouni says. "The MENA region's appetite for investing has been steadily increasing, similarly to what we've been seeing globally," he says. "Globally, if you consider [the commission-free stock trading and investing app] Robinhood, the company has over 18 million users, with 80% of them coming from organic channels, which is a strong validation of the market's need for solutions democratizing access to trading."

Another investor in Baraka, VentureSouq Partner Tammer Qaddumi, agrees with this notion, saying that the increasing ability of "the long-tail" -i.e. a broad number of smaller, retail investors- to move capital markets is fitting into a broader global trend that has tremendous significance and far-reaching implications. "We are no longer talking about the mass affluent with access to traditional investing platforms here, or globally," Qaddumi explains. "What Baraka and its peers are doing are basically removing all friction stands in the way of this long-tail actively trading in the markets. Any operator that is able to gain critical mass will therefore have influence and prospects for growth." 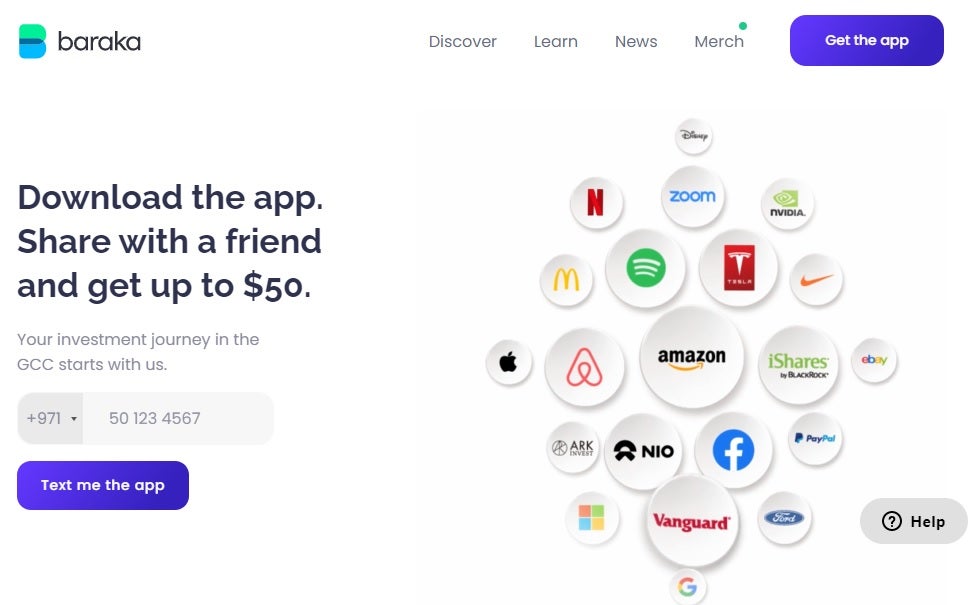 At the same time, both Talhouni and Qaddumi point out that today's MENA retail investors are severely underserved. "While global platforms do exist, they are not always accessible to investors in our markets, and if they are, the costs associated with making a trade can quickly accumulate to a point where they make up a sizeable percentage of the value of the trade," Talhouni explains. "This is in part why there is a very solid case for a regional player." Indeed, when it comes to the MENA's new generation of retail investors, Jalbout notes that the growth of Baraka is an indication of both their activity and acumen.

"They are also a lot more "conscious' as investors, which means they are particular about the companies and causes they want to back," Jalbout says. "The rise in retail investment apps has given them the opportunity to be more involved in the brands that they consume. Similarly, investors today are making much more of a concerted effort towards learning about how the markets work, and being actively involved in the decision-making around how their wealth is managed." Jalbout also notes that the Baraka team has been witnessing a trend away from more passive investment, traditionally driven by financial advisors, as an increasing number of people take the steps to educate themselves and take control of their portfolios. "They are also much more discerning around the fees attached to these services, and they look closely at the value they get from what they are paying," he adds.

The MENA's rising retail investment community is huge -it's pegged as being between 350 and 450 million people, of whom 70% of the population are under the age of 30- offering a great advantage to homegrown solutions built for the region's target audience. According to Talhouni, if Middle East-based companies can capture this audience by building engaging and altruistic products, it will not be long before we start seeing these apps being adapted and exported to other markets, giving regional platforms the chance to make their mark globally. "Homegrown apps have a great advantage of reaching and engaging this population by building culturally relevant products," he says. "This doesn't just include dual-language options– it's just as important to integrate cultural nuances, and, in effect, establish a real community. Companies like Baraka are better positioned than global counterparts to understand both the gaps in access, and what the market needs and expects in terms of tools, user experience and cost. Baraka is also working alongside regulators, and can grow its offering as the market it services matures." 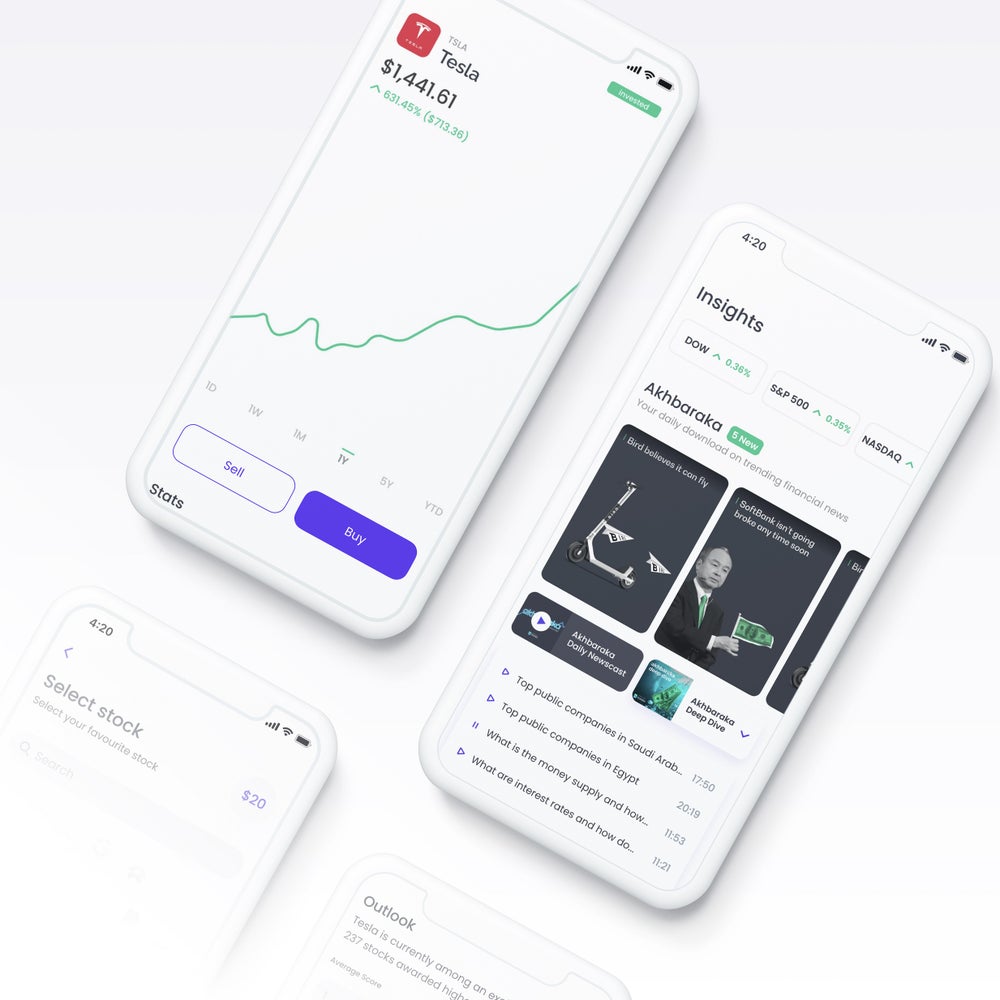 Qaddumi adds here that supporting homegrown solutions, such as Baraka, sits at the heart of VentureSouq's investment thesis for one specific reason. "When evaluating technology startups in this region, there's one thing that's always on our mind: the challenges and the corresponding opportunities that the fragmented nature of the MENA region presents to companies. Apps that are able to gain a critical mass of users across many markets, each with different regulatory rules and user preferences, will have the benefit of a major moat. It will be very hard for other global operators to step in and replicate breadth of coverage across the region, so they will either acquire, or stay away. Both outcomes are good for the leading regional apps," Qaddumi concludes.