The 20 entrepreneurs selected for this exercise had to work together in teams to come up with proposals for a three-month-long cross-border mentorship program for startups that Dubai Chamber wants to initiate between the UAE and the African continent.

There was obviously a lot happening at this year's Africa Tech Summit in Kigali, Rwanda, which ran from February 14-15, 2019 at the Kigali Convention Centre, but one of its most interesting sessions (in my opinion at least, and yes, I may be biased) happened a day before the event officially kicked off. This was the Chamberthon, put together by the Dubai Chamber of Commerce and Industry, with its name being a nod to the organizer, as well as its deadline-driven day-long timespan, much like a hackathon. Now, while there was no coding involved in the Chamberthon, the 20 entrepreneurs selected for this exercise had to work together in teams to come up with proposals for a three-monthlong cross-border mentorship program for startups that Dubai Chamber wants to initiate between the UAE and the African continent.

In order to understand the reasoning for this new initiative by Dubai Chamber, one needs to start by looking at the two departments within the non-profit entity that devised this concept in the first place. One of these was Dubai Chamber's entrepreneurship support arm, Dubai Startup Hub, which has been offering "clarity and direction" for the startup community in Dubai, and the other was its International Relations team, perhaps known best for the Global Business Forum (GBF) series of events that they organize, which aim at positioning Dubai as "the gateway to the world," and look into developing trade and exploring investment opportunities in emerging markets around the globe. Launched in 2013, the GBF series started off with a flagship event focused on the African continent and the opportunities it presents, and Dubai Chamber has since spun off GBF to look into other regions like the Commonwealth of Independent States and Latin America. 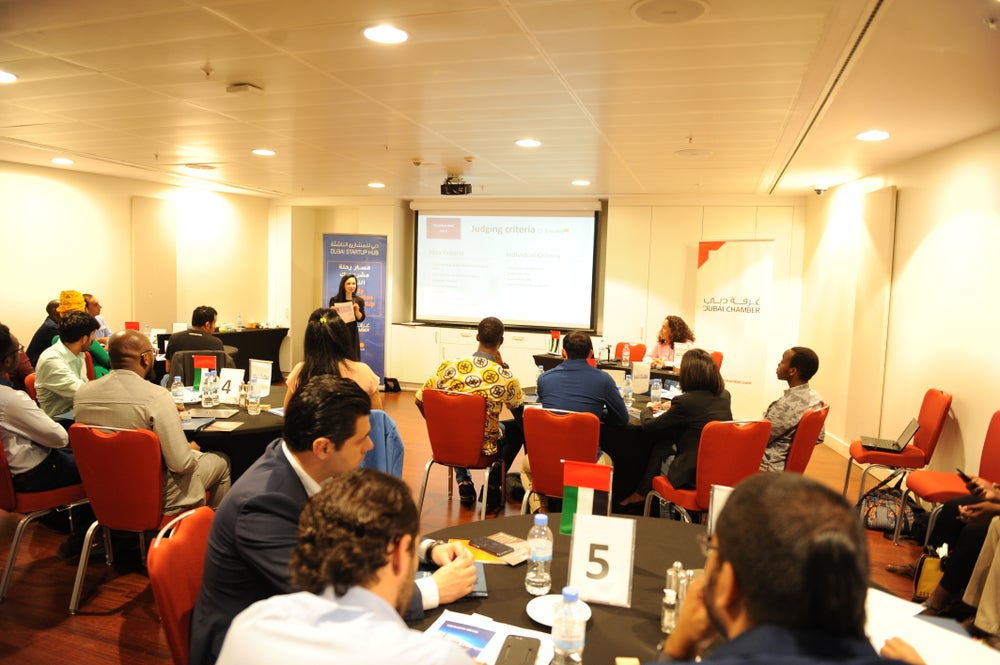 A scene from the Chamberthon
Source: Dubai Chamber

The mentorship program that the Chamberthon participants were presenting their ideas for is meant to be an extension of Dubai Chamber's GBF series- in fact, it's been named the GBF Mentorship Program, and it seeks to pair startups with mentors who could provide them with support, guidance, and expertise in growing their businesses in an overseas location. For instance, entrepreneurs in Dubai could take part in the GBF Mentorship Program to find people who'd be able to advise them on how they could do business in, say, Kigali, and this would work vice-versa as well- Dubai Chamber is thus putting together a platform that'd help startups in either location to expand their respective enterprises. Dubai Chamber plans to run the first iteration of the GBF Mentorship Program as a three-month-long exercise for entrepreneurs located in Africa and the UAE in August, with the aim being to showcase the initiative's results at this year's instalment of GBF Africa in November.

According to Layla Derraz, Senior Manager, International Relations, Dubai Chamber, the objective of the GBF Mentorship Program is to showcase tangible outcomes resulting from the GBF platform's efforts to build bilateral trade relationships between Dubai and the rest of the world. "I think the GBF Mentorship program is unique, because I don't think we have found a mentorship program globally, which is cross-border," Derraz notes. "We hope that with its success, we'll be able to roll out across our other offices and our overall global expansion plans." 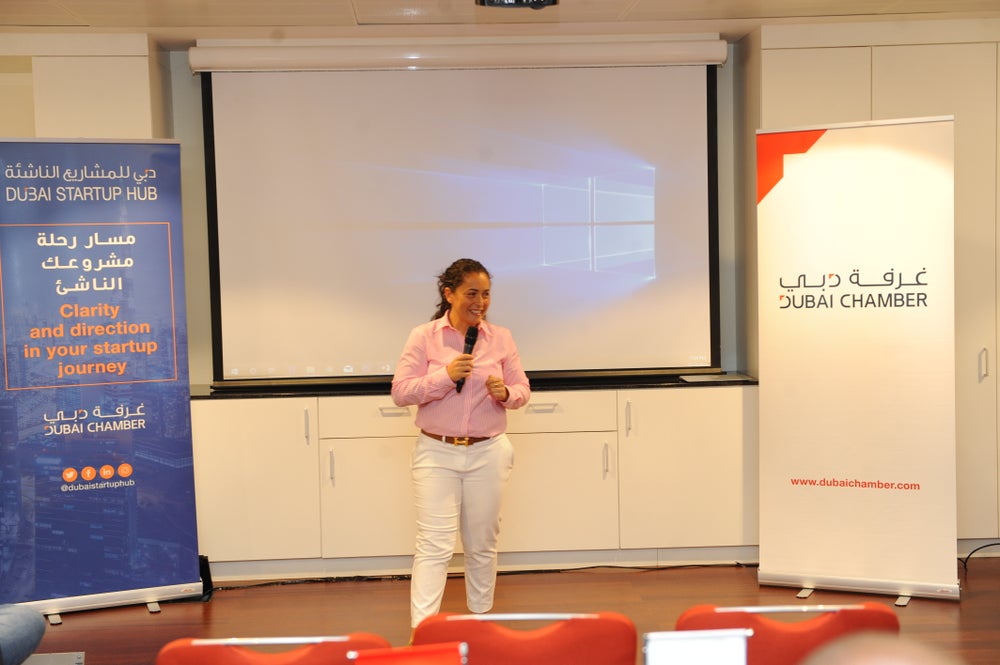 Africa was chosen as the trial ground for this innovative program, given Dubai Chamber's work so far in enabling mutually beneficial relationships between the UAE and the continent. "There's always that perception that when people think of doing business with Africa, it is [often] in a hand-out, or in an aid perspective- and that isn't what we're about," Derraz says. "That is not what we want. We truly believe that in order to really grow trade, to really solidify that relationship, it must be done on an equal playing field."

The initiative's focus on entrepreneurs and startups was quite deliberate as well- Dubai Startup Hub's Natalia Sycheva, Manager – Entrepreneurship, Dubai Chamber, points out that with the global business arena today being driven by innovative startups and entrepreneurs, it was only natural for the GBF Mentorship Program be catered toward this segment of the economy. But what should such a program look like? That's where Dubai Chamber decided to think out of the box. "The natural way would be, probably, to develop a mentorship program using our own knowledge- but there is always a smarter way," Sycheva says. "And the smarter way in this case is to actually ask startups themselves how would the ideal mentorship program look like, that would enable them to scale across markets." 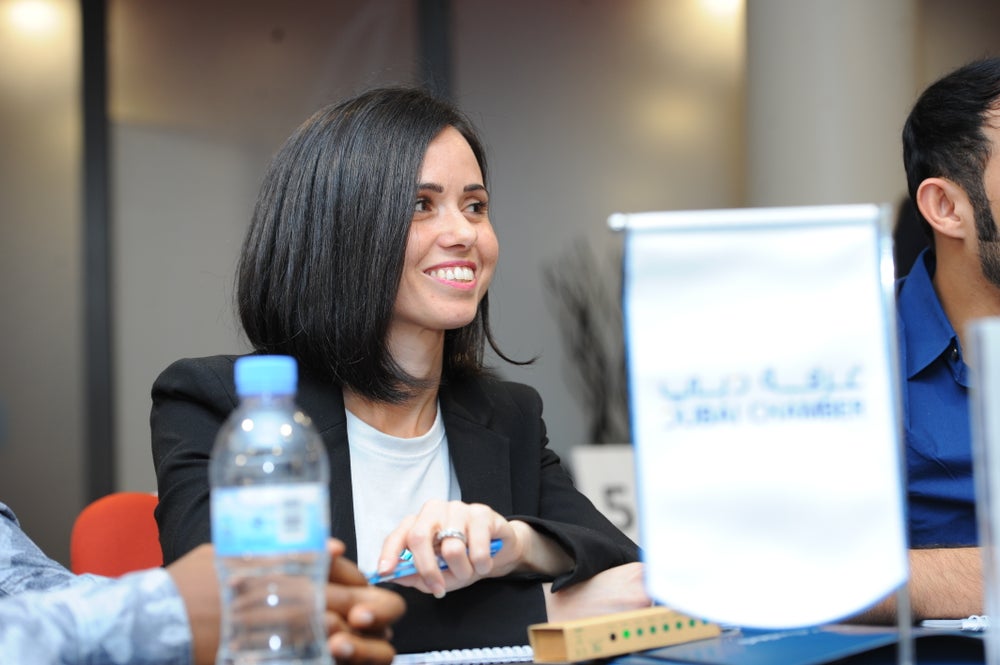 Assia Riccio, founder, Evolvin' Women
Source: Dubai Chamber
And that explains why the Chamberthon played out as it did: 20 entrepreneurs, hailing from 13 different countries, each with startups based either in the UAE or in the African continent, collaborating to formulate a mentorship program that'd allow for businesses like theirs to grow beyond their respective borders. The entrepreneurs came from different sectors -the startups they represented included social enterprises, online marketplaces, insurtech ventures, and more- and they worked together in teams to come up with holistic frameworks for the GBF Mentorship Program. At the end of the Chamberthon, five teams presented their proposals for the program, with Dubai Chamber's personnel noting that ten of the entrepreneurs at the event would eventually be selected as the first beneficiaries for the inaugural GBF Mentorship Program.

Assia Riccio, founder of the Dubai-based social enterprise Evolvin' Women, was one of the UAE-based entrepreneurs that participated in the Chamberthon, who noted the experience of working with her peers in Africa as being especially informative and insightful. "It was really helpful to listen to entrepreneurs from outside of Dubai," she says. "Because they face different challenges from what we do, and so it was nice to listen to them, and design a mentorship program that would benefit them, as well as us." 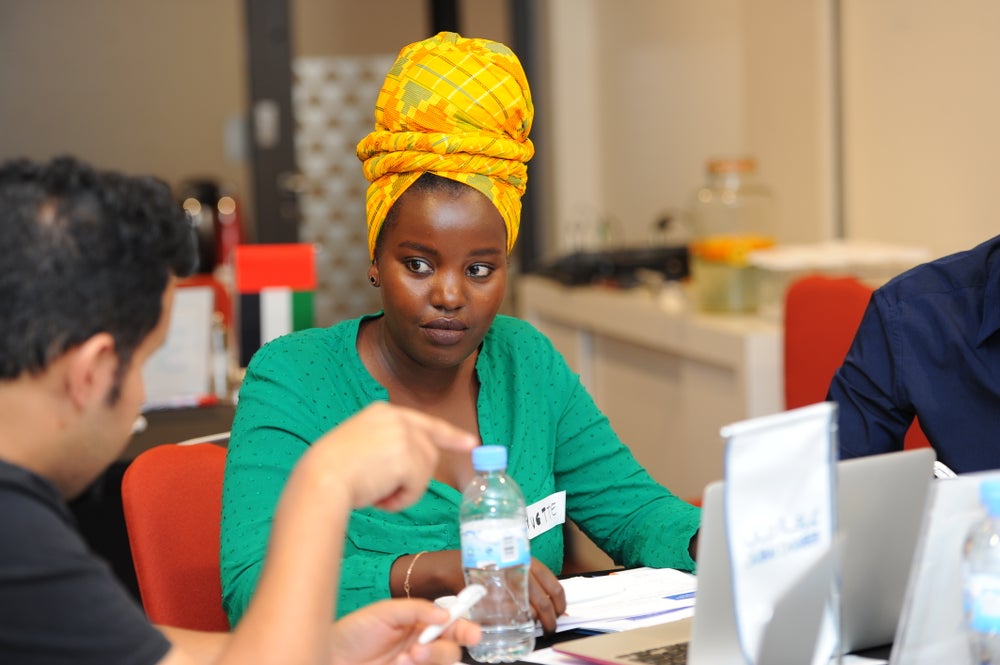 Riccio's feeling was echoed by Yvette Mbabazi, founder of a head wrap brand in Rwanda called Icyeza, who said that the very fact that she got selected to be a part of the Chamberthon exercise was gratifying by itself, as it allowed her to learn from her peers in the entrepreneurial realm. With Icyeza being her first foray into the startup world, "I was really needing knowledge that would help me grow my business," Mbabazi says. "And so, when you meet someone from the same industry, I think it helps you to learn and give yourself that impetus to keep going with your own venture."

The African contingent of entrepreneurs also included Abhinav Gautam, co-founder of FreshBox Rwanda, who applied to be a part of the Chamberthon in a bid to learn more about doing business in Dubai and the wider Middle East. "From what I've seen and read and even having been there, Dubai is, in our lifetime, is a very critical place as a central hub to do a lot of operations for the Middle East and Africa, and even Asia as well," Gautam says. "Physically, its geographic location serves as a perfect place to run things out of," which is especially pertinent for his enterprise, given that it focuses on building cold chain logistics solutions, a sector that's an integral part of Dubai's economy." 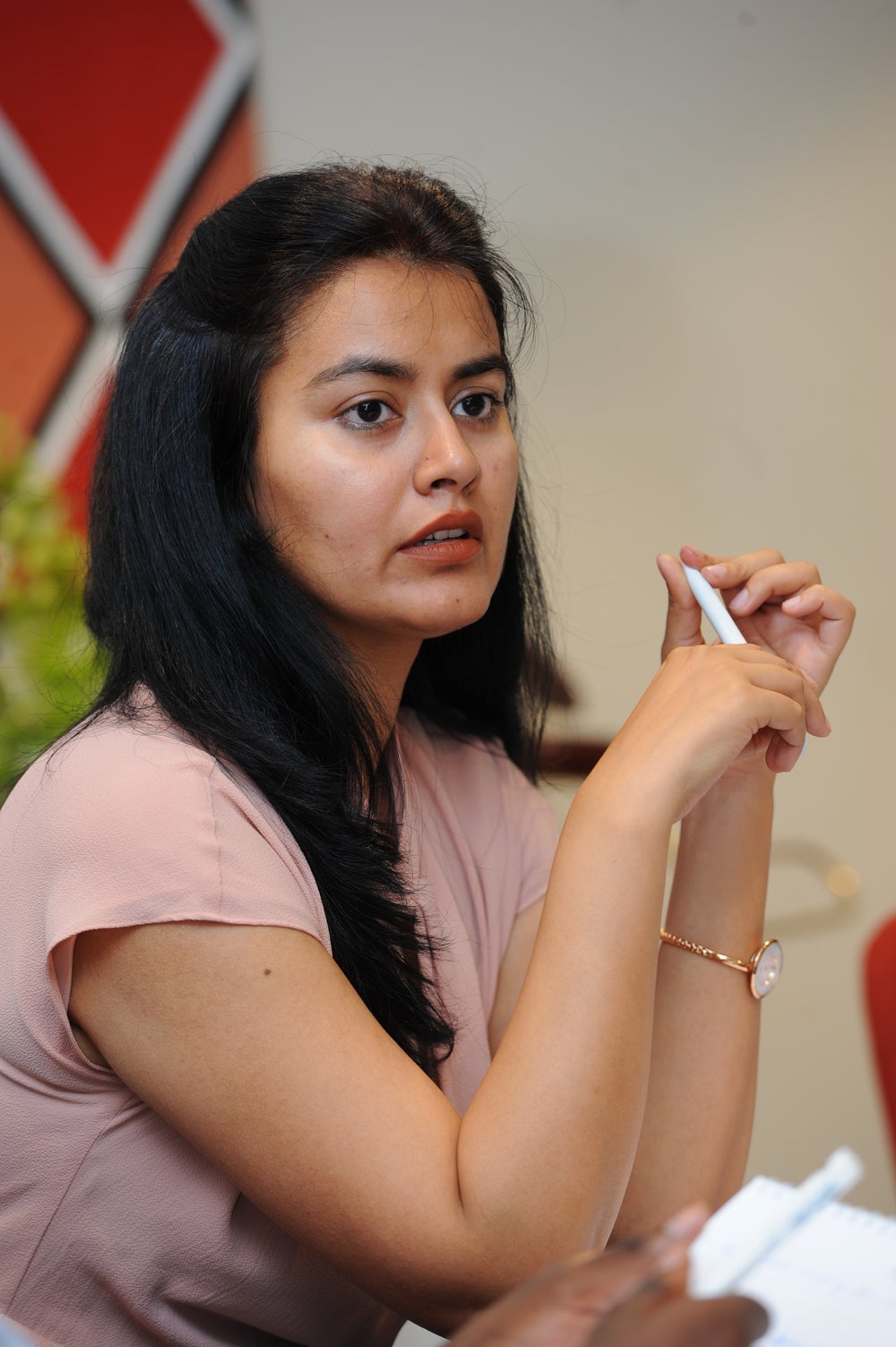 "Much like Gautam, Ketaki Sharma, founder of the UAE-based consulting firm Algorithm Research, noted that with Africa already on her startup's radar as a potential market to expand into, the Chamberthon was a good opportunity to learn from those who are already working in the continent, thereby reinforcing the value that an initiative like the GBF Mentorship Program could potentially bring to entrepreneurs like her. "Entrepreneurship can be a very lonely journey," she says. "And so many times, [when encountering issues], we often have this impression that "this is happening only to us,' whereas it is often an experience this is universal. A lot of startups have encountered the same problems, and it is so much easier to just go and seek out solutions, rather than reinventing the wheel."

Related: Business In The Baltic: Latvia Is Eager To Forge Strong Ties With UAE Businesses

4 Keys to Achieve Business Success in a Time of Crisis