Having proven to be an excellent site to harness the power of networking, we asked some of the most exciting speakers at GITEX Global 2022 to share their tips and insights on the art of efficient networking.

By Tamara Pupic
November 18, 2022
Opinions expressed by Entrepreneur contributors are their own.
You're reading Entrepreneur Middle East, an international franchise of Entrepreneur Media.

Since its launch in 1981, GITEX GLOBAL has grown into one of the world's largest technology exhibitions, and it has also made Dubai's presence felt on the global technology map along the way. However, despite the event already being recognized for its grandiosity, the 2022 edition of GITEX GLOBAL has surprised everyone, with a common refrain from attendees being: "It's the biggest event ever!" Indeed, the 42nd installment of GITEX GLOBAL brought together about 5,000 companies from 90 countries whose products were showcased to over 138,000 attendees throughout the five-day trade fair at Dubai World Trade Centre in Dubai.

It encompassed the North Star startup conference that gathered 35 unicorns from 15 countries, a summit centered on artificial intelligence (AI) named Ai Everything, the Future Blockchain Summit, the digital finance summit FinTech Surge, and the martech event Marketing Mania. Plus, there were two new events- the coder and developer meetup Global DevSlam, and X-VERSE, the immersive metaverse gathering that featured 28 experiential brands. While it's clear that the event gave the attendees the opportunity to assess the latest developments and innovations in technology like 5G, artificial intelligence, cloud technology, cybersecurity, fintech, blockchain, data analytics, and smart cities, GITEX GLOBAL 2022 also proved to be an excellent site to harness the power of networking. This is especially relevant in a world returning to normalcy after the COVID-19 crisis, with people now happy (and wanting to) return to in-person events and meetings. In fact, the recent findings of UK-based events and technology company Reed Exhibitions (RX) shows that for 78% of survey respondents attending trade shows in person is still their business' preference, which is up from 68% in 2021. Furthermore, according to a Forbes Insights survey, 84% of executives prefer in person meetings for their ability to build more meaningful business relationships. 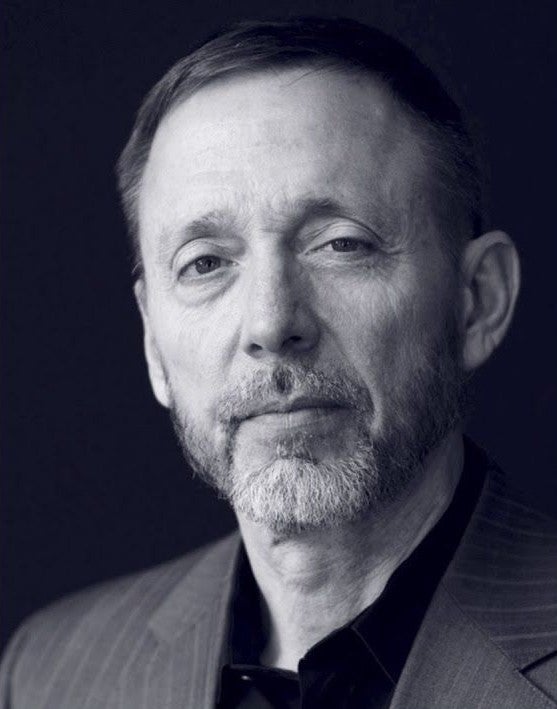 When it comes to effective networking, Christopher Voss, a former FBI hostage negotiator and founder and CEO of The Black Swan Group, who was speaking at GITEX for the second year in a row, believed that one should ensure that cultural differences do not stand in the way of such interactions. "Have empathy, as it is about understanding where the other side is coming from, and that is acceptable in all cultures, and above all, we all belong to the culture of being a human being," Voss explained. "So, focus on understanding others as human beings, and then culture tends to fall away, because regardless of whether you are Asian, African, or Western European, everybody wants to be understood." 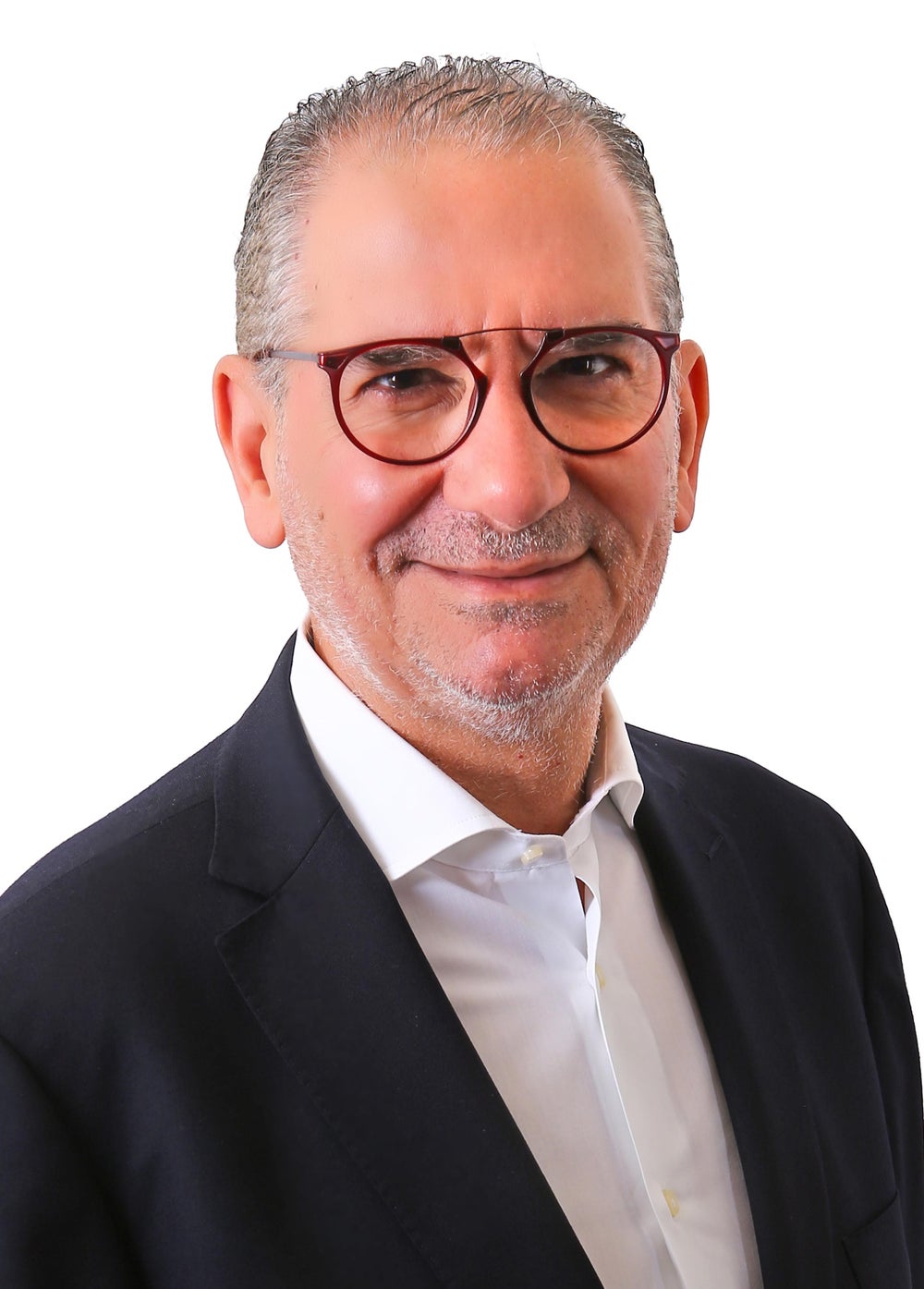 Voss' second piece of advice -which is to "avoid trying to connect with too many people at the events as big as GITEX"- was echoed by another speaker at the event: Roger Bassoul, Executive Director at Insead MENA. He added, "For many people, networking feels a bit like squeezing into trousers one size too small, but networking is essential if you wish to amass the social capital indispensable to a successful career. Its importance has not diminished with the overnight explosion of remote working. If anything, networking has become more critical, as jobs and advancement opportunities have been swept away by the coronavirus pandemic."And in this new landscape, Bassoul suggested that it's time to rename networking as relationship-building. "There are people who are good at making new ties or strengthening existing ties and others who are much better at 'value exchange'," he said. "That is, giving and eventually getting something in return. Both are crucial in relationship building."

Related: Own The Room: Three Tips To Use The Art Of Presence In Public Speaking 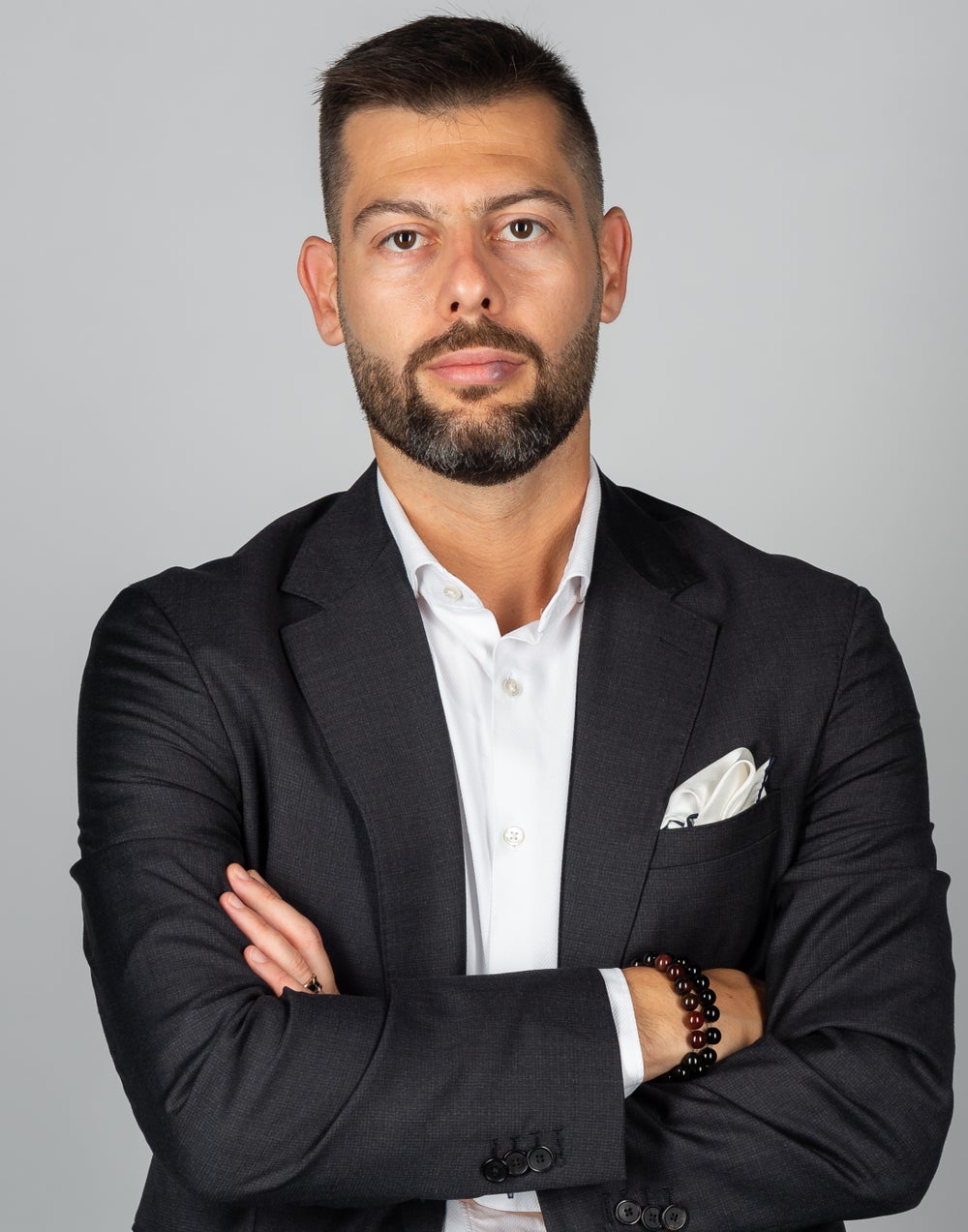 According to Alex Chehade, General Manager, Binance, if one wishes to make the best out of the networking opportunities they are presented with, they first need to to have a a clear idea of who they would like to meet and start building relationships with. "It is who you think could mutually benefit from a conversation with you," he said. "Once on-site, it's always worth remembering that most people are there for very similar reasons, and that a potentially life-changing connection is only one 'hello' away." 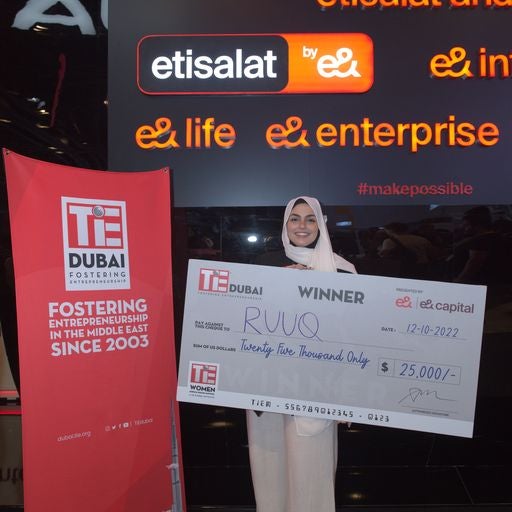 Agreeing with this was Alizar Tawil, founder of the online hijab clothing company Ruuq, who won the MENA finals of the 2022 TiE Women Global Pitch Competition staged by the Dubai outpost of global entrepreneurship network TiE at GITEX GLOBAL. Tawil was selected among 42 finalists from 10 countries, 20 cities and 13 different industries across all five regional finals. She will receive $25,000 in equity-free cash from e&capital, as well as represent the MENA region in the global finals at TiE Global Summit in December in Hyderabad, India, where she will compete for the $100,000 equity-free prize money. According to Tawil, networking at events like GITEX Global is essential for startups "who don't necessarily have experience in the business world." "For me, things like venture capital and term sheets were very foreign concepts before getting into this," she added. "To get to meet all these people in such a concentrated place and to get the exposure has been absolutely phenomenal." 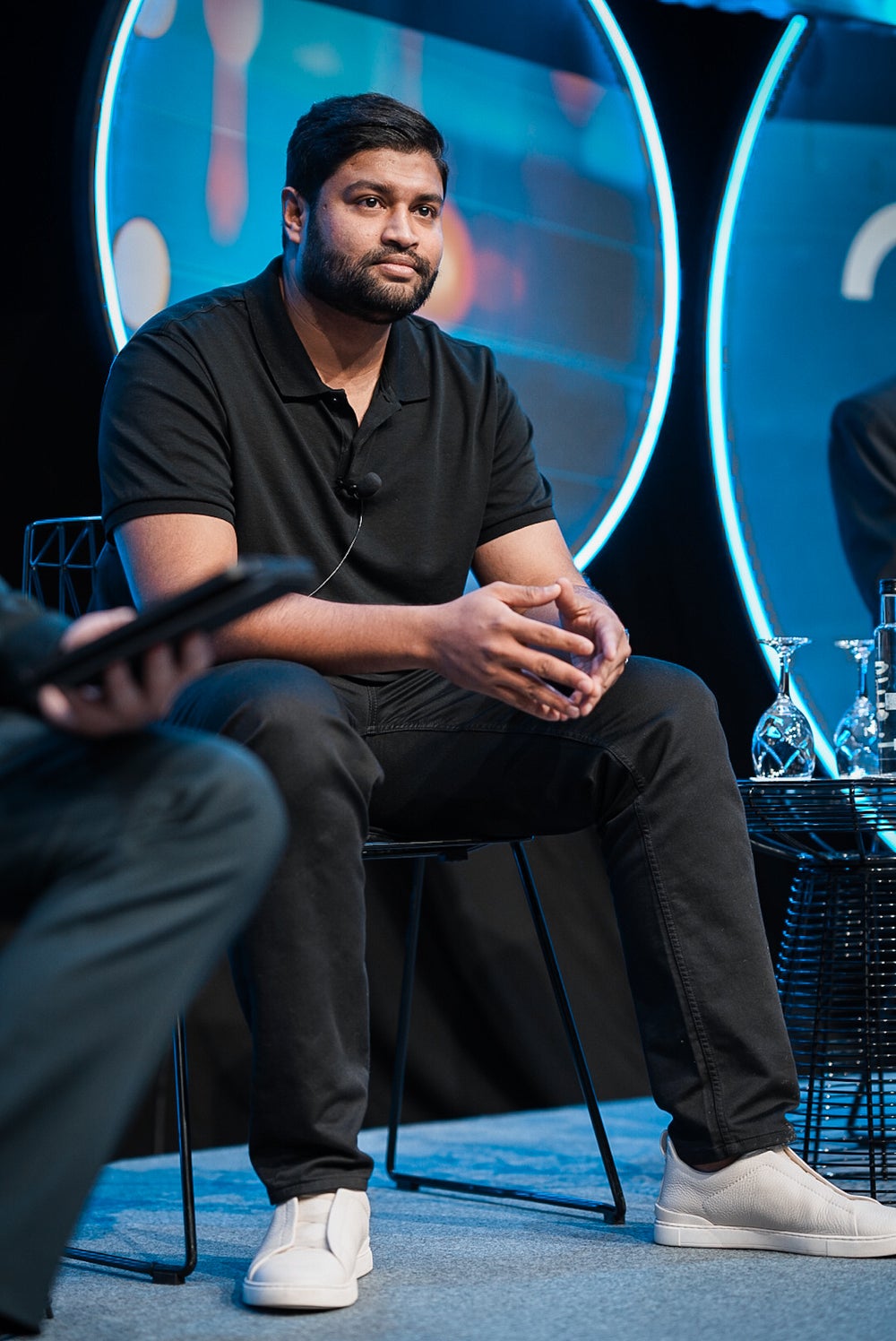 Meanwhile, Shadman Sakib, a serial entrepreneur who is currently the founder and CEO of interactive short video platform Vurse, reiterated the importance of networking for startup founders. "All startups build and thrive on communities, and building an active community happens through partnerships, communication, and obviously, networking," he said. "Partnerships are very important in the startup phase, and there are two types- vanity partnerships, and partnerships that really adds value and exhibits patience, since the startup phase indeed is a delicate time." And for those of you who are in the midst of that fragile startup phase, Voss shared three important pieces of advice for building win-win relationships. "Make sure that you have heard out the other side properly, because the likelihood that they are going to tell you something really valuable that will change your perspective increases if you hear them out first," Voss said. "Then, if you need them to hear you out, given that you have heard them out first, they are going to be in a position to listen."

Now, if you are entering into these conversations with the explicit aim to make a deal happen, then Voss suggests that you first make sure that there is indeed a real deal to realize in the first place. "In many cases, the deal will never be there," he explained. "There are certain types of attributes and behaviors of people that are either there to exploit you or to play you off against somebody else, like they are looking for a competing bid, and they want you to drive the price down on somebody else. Or they only want it if they don't pay you anything, like they are promising you great things in the future 'if you will just do this now,' so they are trying to exploit you. Or they are not looking to do anything, but they want you to give them free consulting, they want you to tell them how to do something, so that they can do it on their own and not pay you." Finally, when it comes to networking effectively, Voss said one needs to always be clear about what they want out of any such undertaking. "Don't make people guess what it would take to make a great deal with you," Voss declared. "Never make people guess what you need."

At GITEX GLOBAL 2022, how did you ensure that you and your enterprise were networking effectively?

"Any company preparing to fully harness the benefits of attending an event such as GITEX should objectively assess the value and challenges that it might face. With a clear trajectory in mind for our regional expansion, at GITEX, we were able to align with the tech experts and government entities present at the event on the importance of innovation and security for further virtual asset adoption in the Middle East. What was extremely important for me to highlight at this year's GITEX was the significance of an effective regulatory framework for developing a trustworthy virtual asset ecosystem. If we aim to put Dubai on the map as a global virtual asset hub, a dialogue between regulatory entities and industry leaders is crucial." 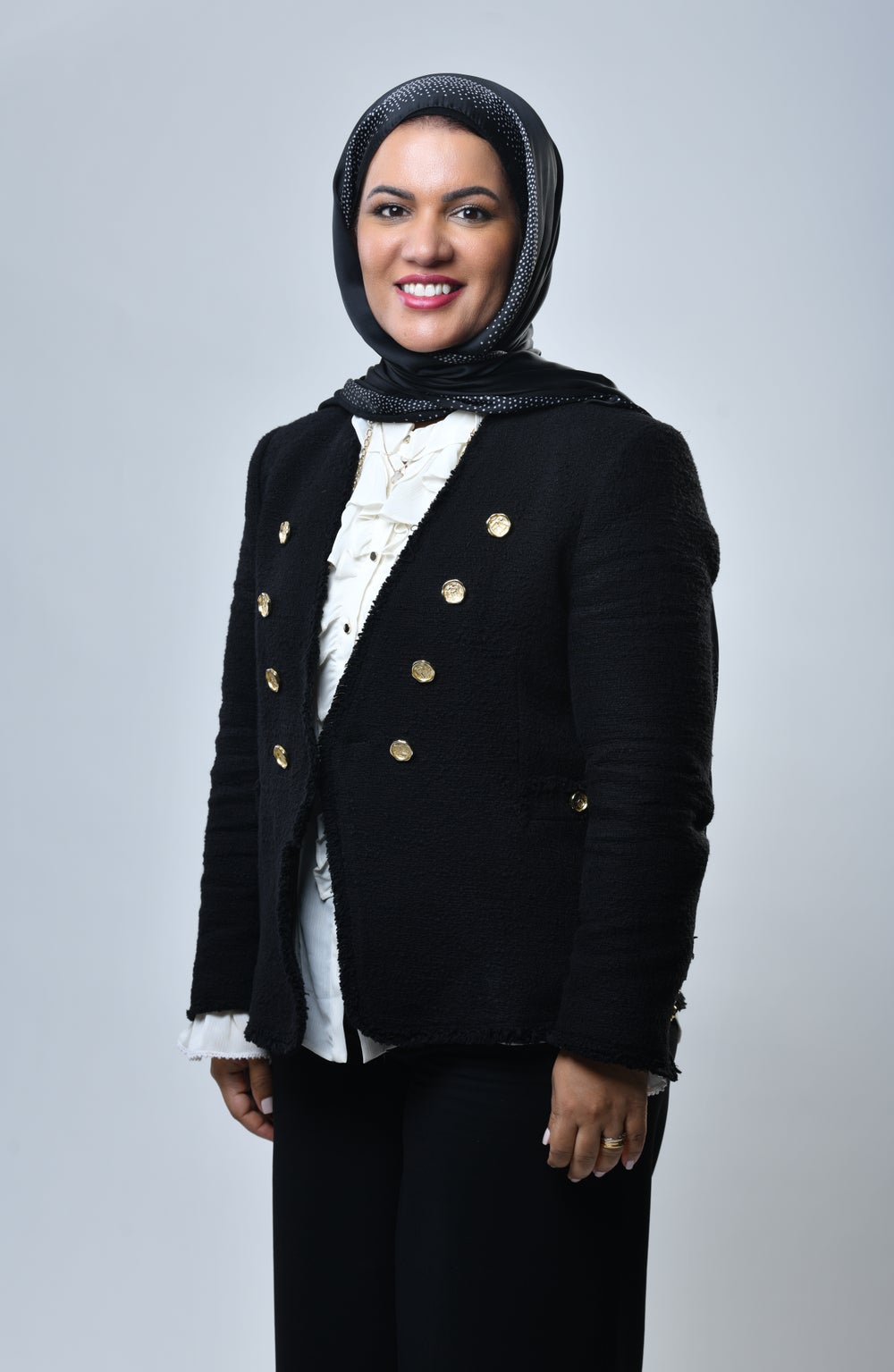 At GITEX GLOBAL 2022, how did you ensure that you and your enterprise were networking effectively?

"Preparation is a very important aspect of successful networking. Since we aimed to represent Bahrain's business ecosystem and highlight the kingdom's position as a tech hub both in the GCC and MENA region through our participation, we prepared for our participation at GITEX well in advance, taking great care in curating every aspect of the Bahrain delegation's participation including in terms of the setup and design of the pavilion.

Related: Why Local Partnerships Will Be Key To Turbocharging Amazon's Rollout In The MENA Region