By Fida Chaaban
June 21, 2015
Opinions expressed by Entrepreneur contributors are their own.
You're reading Entrepreneur Middle East, an international franchise of Entrepreneur Media.

Now in its fifth year, the Sharjah-based Barjeel Art Foundation, conceptualized and executed by Sultan Sooud Al Qassemi, has a few agendas on-the-go at all times. At the forefront of their mission is the presentation, promotion and perseveration of MENA region works of modern and contemporary art, and the artists behind those works of art. Increasing dialogue via participation in the global art scene, generating buzz locally for art, and the active pursuit and sourcing of rare works is only some of the initiatives that Barjeel undertakes. The driving force (and possibly the most valuable asset of the Foundation)? Al Qassemi himself. On the ground, as the face of Barjeel, Al Qassemi is a highly active in the cultural community, and considered the catalyst of some of region's most spirited art discourse. "My aim for Barjeel is to establish a collection that has a unique identity: a collection of Arab artists that is accessible, approachable and available for loan, that kind of nurtures cultural understanding, tour-able in that you can take it out of the country, show it elsewhere and bring it back, and contributes to broadening the dialogue, and distancing ourselves away from the stereotypical discussions that we have surrounding the Middle East and Arab world."

One of the biggest indicators of Barjeel's success as a homegrown brand is the list of their regional and international alliances. In the region, the Foundation's works recently visited Kuwait, and there are several UAE-based companies who Barjeel has loaned work to including "Dolphin Energy and Tawazun [Holding] in Abu Dhabi, a couple of law firms in DIFC as well as the DIFC courts." The Foundation recently loaned works for the UAE Pavilion at The 56th Venice Biennale The 56th Venice Biennalethe 56th Venice Biennale which will be on display until November, while Whitechapel Gallery in London will be showcasing Barjeel collection works over the course of year beginning in September in a four part series, and the Toronto Aga Khan Museum will have Barjeel works on exhibit as of July 25th. "The exhibit at the Aga Khan Museum will run until January 2nd. We're flying in a few artists from the exhibition, Saudi Artist Manal AlDowayan and Egyptian-Australian artist Raafat Ishak. Also, the artists have recorded the audio guides of their work, and we're hoping to get more artists to come and give talks over those months. We're showing a cross-section of artists from across the Arab world including from Iraq, Palestine, Lebanon, Saudi Arabia, and Egypt. There are 11 artists, and only one has passed away, so it's a contemporary show. The name of the exhibition is Home Ground." 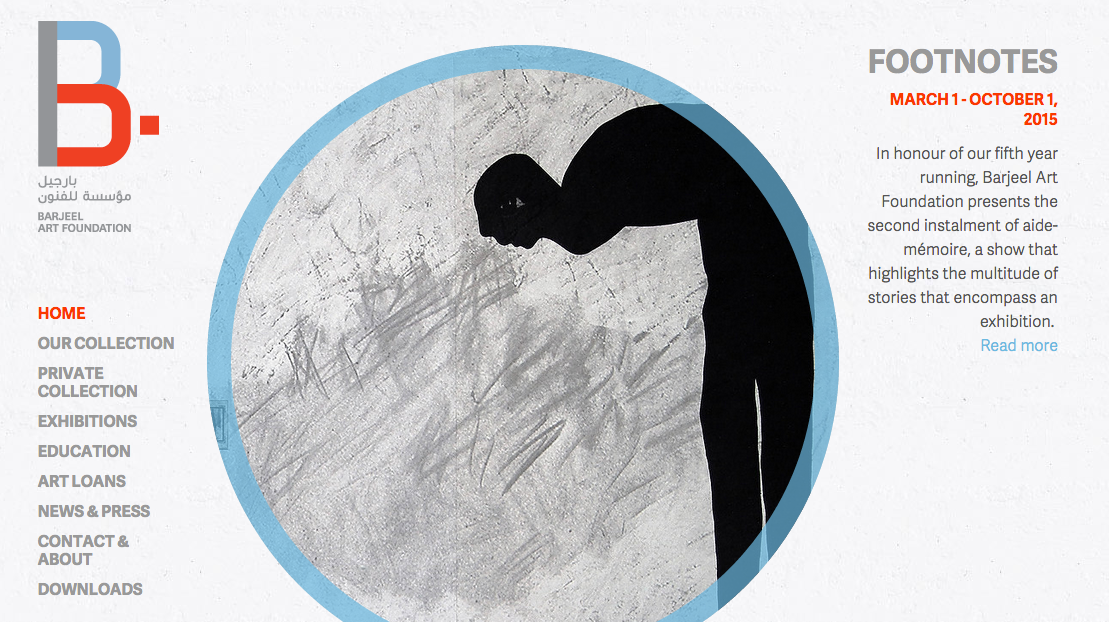 As a journalist, speaker, commentator and digital influencer, Al Qassemi leverages his substantial digital footprint and online audience to further the conversation about art in MENA. He often tweets images of works and artists directly, shares details about upcoming exhibits, and articles about cultural endeavors. Joining Al Qassemi for dinner might include a private showing of some of Barjeel's expansive collection, paired with an enlightened commentary and artist backstory à la museum audio guide. If you already follow Al Qassemi online, it won't come as a surprise that Barjeel's web presence is both expansive and extraordinary. Visiting the Foundation's portal treats users to a rabbit hole experience- one click leads to another and soon you understand firsthand why entities with content-heavy mediums experience less bounce rate and more overall sharing action.

Barjeel's portal allows you to browse by medium (including collage, instillation, and video/multimedia), or by artist and by country (even listing "Iraqi Kurdistan" and the "Occupied Syrian Golan Heights"). You can also search for artworks by date added, by title alphabetically or by artist alphabetically, and while this may seem straightforward, the development of portals of this complexity involves serious coding and a lot of planning ahead. The website lists 720 works, and 430 of Barjeel's works are also curated in the Google Cultural Institute. This all feeds into one of the Foundation's core directives: "to make the artworks publically-accessible. We are a private collection that acts as a public collection. We've loaned to a number of corporations for free, as long as there is some type of security, and our guidelines are observed. I think we're the only organization in the Middle East that has an art loan form for download on our website. If any corporation wants to borrow art, they can just download the form, fill it out and send it to us. It can't be easier."

Al Qassemi can give you tons of reasons that your company should invest in a MENA region artist. To begin with, you are creating a distinct environment by injecting culture into the space that makes a statement about your vision as a corporate leader. "It's a unique statement about the corporation, it says that "We differentiate ourselves'. There is also a CSR responsibility, as many of these companies are not taxed in the region so it's a way to give back to the community. It's an immediate investment in culture and community- it's not a CSR initiative that doesn't have a direct return to the institution. These artworks will go up in value, the more people that buy quality work, the more certain the valuations are in these artworks." Al Qassemi suggests that corporations can take "baby steps" by borrowing fine pieces, then gradually moving into ownership.

"Your corporate space is a reflection of your company culture."
MENA artworks worth the investment selected by Sultan Sooud Al Qassemi 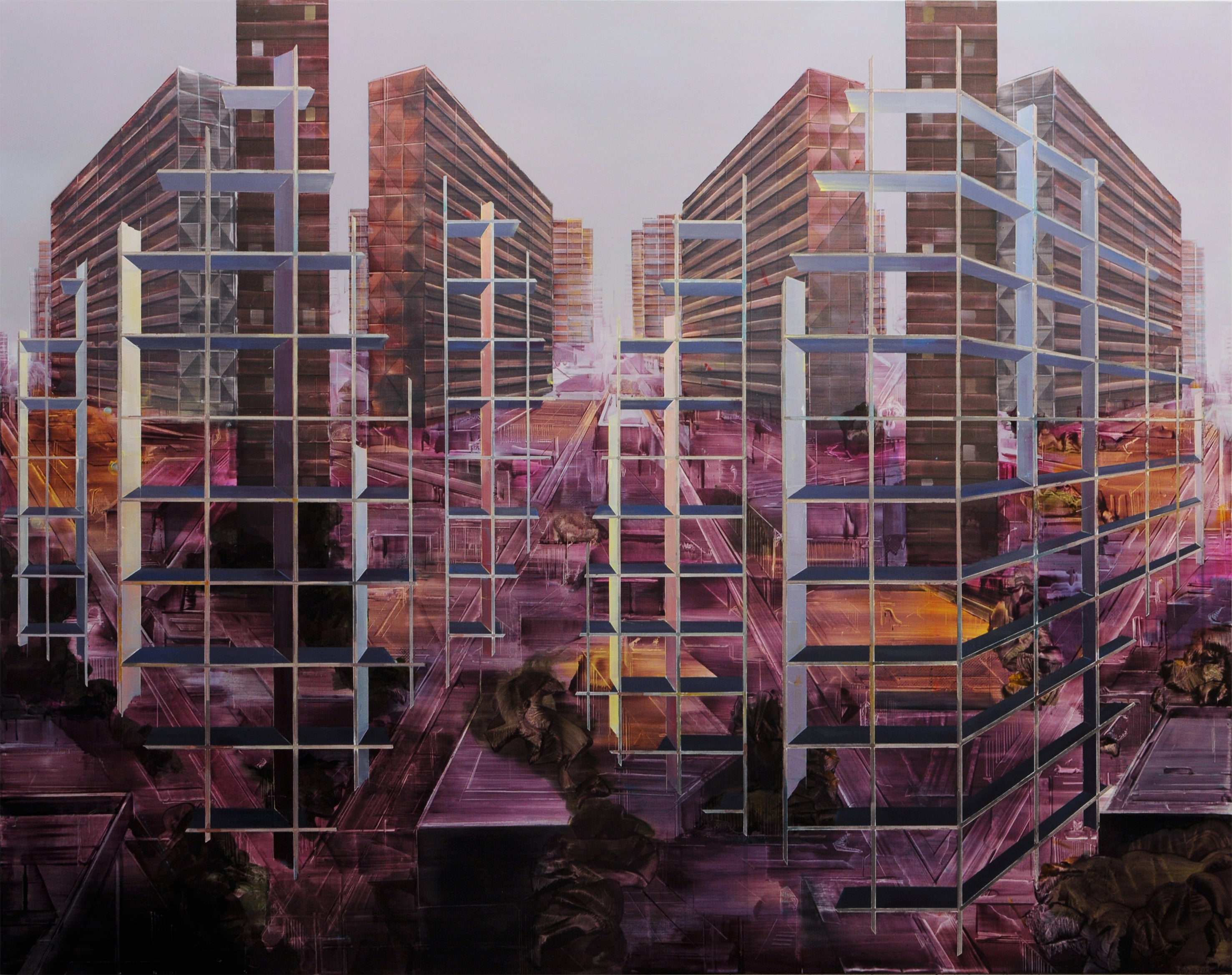 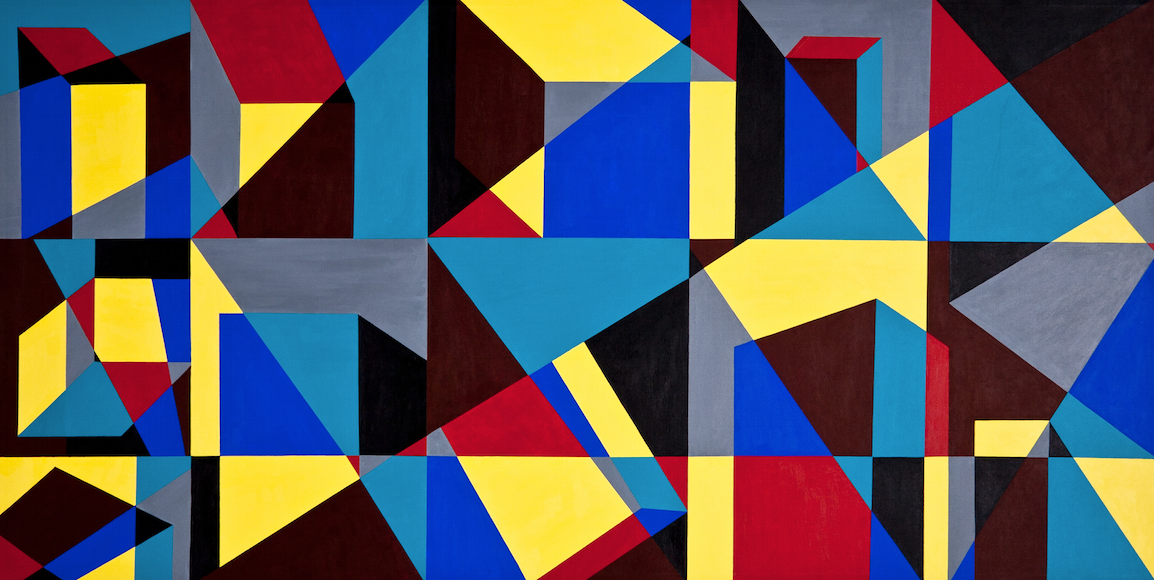 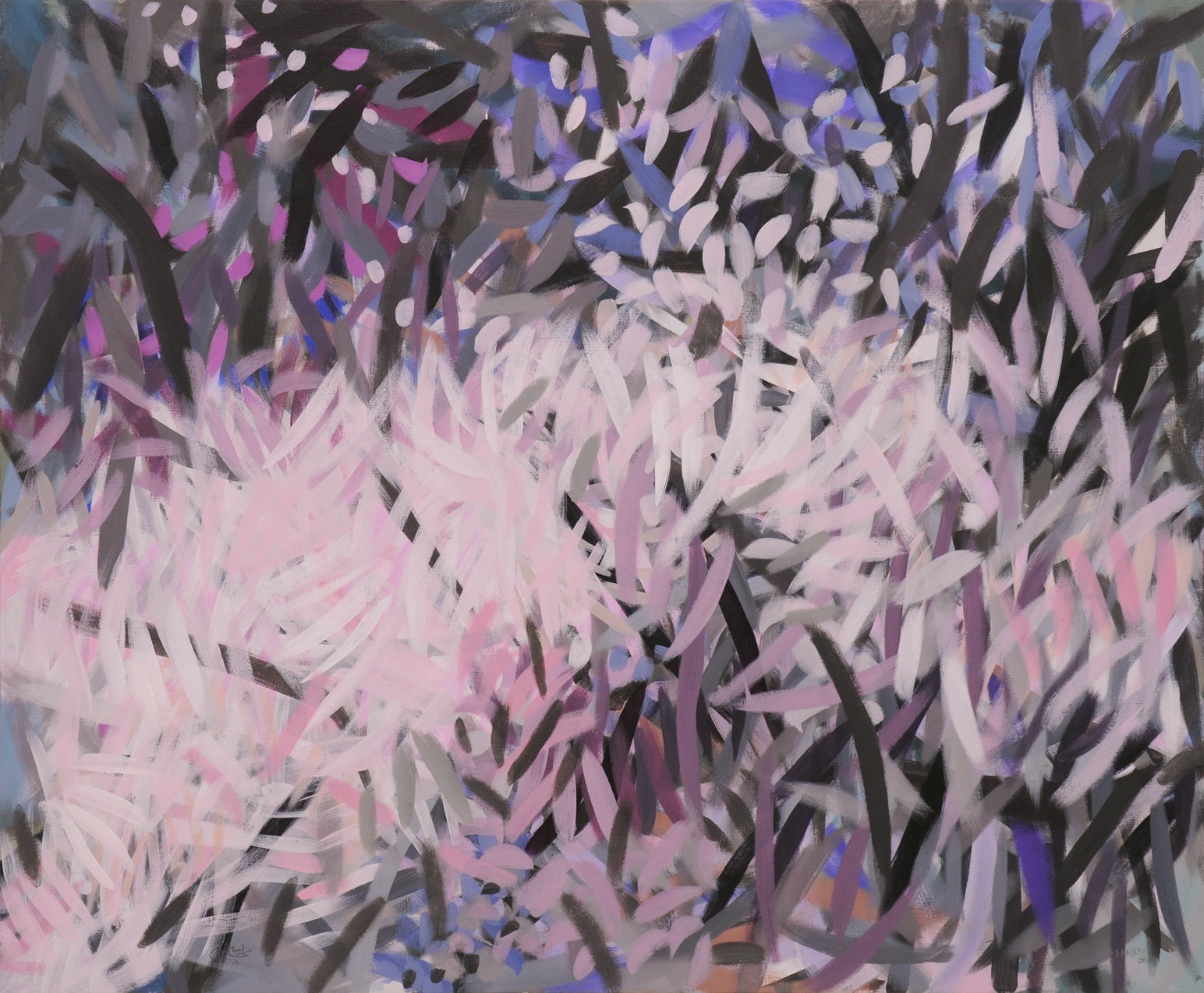