Currently active in the UAE, Lock&Stock is a free mobile app that allows students to earn points each time –one point for every three minutes– their phones are locked during a class.

By Tamara Pupic
July 29, 2019
Opinions expressed by Entrepreneur contributors are their own.
You're reading Entrepreneur Middle East, an international franchise of Entrepreneur Media.

In February 2017, Craig Fernandes, who was a student at the University of Iowa in the United States at the time, exchanged a few messages with his father during a class which, he now admits, was quite boring. This seems to be an ordinary story that everyone can share when looking back at their university years, and the truth is that tales like these are indeed perhaps too common- according to a 2016 study by the University of Nebraska Lincoln, the average student spent a fifth of their classroom time on a digital device. Not long after the realization that had made him fully awake to the menace of digital addiction and its impact on today's classrooms, Fernandes launched Lock&Stock with the support of his father, Ian Fernandes as co-founder and COO, with his friend, Hussain Ali Asgar, joining as Chief Marketing Officer a couple of weeks later.

"If you do the math behind every single student spending 20% of their time on their smartphone, instead of learning, that's a lot of tuition money and human potential wasted," notes Craig Fernandes, co-founder and CEO. How does Lock&Stock try to turn things around? Currently active in the UAE, Lock&Stock is a free mobile app that allows students to earn points each time –one point for every three minutes– their phones are locked during a class. And rest assured that cheating is not allowed- the app tracks the user's location, and it is programmed to work only on university and college campuses.

So, why would students use it? It's simple– every point that they get can be used for offers and discounts from over 350 brand partners on the app, which in the UAE includes the likes of VOX Cinemas, Baskin Robins, Tim Hortons, Dunkin' Donuts, Nando's, Splash, Forever 21, and Aquaventure. "There are three commonalities among all students– they're broke, they want work experience, and they find university tuition expensive," Fernandes explains. 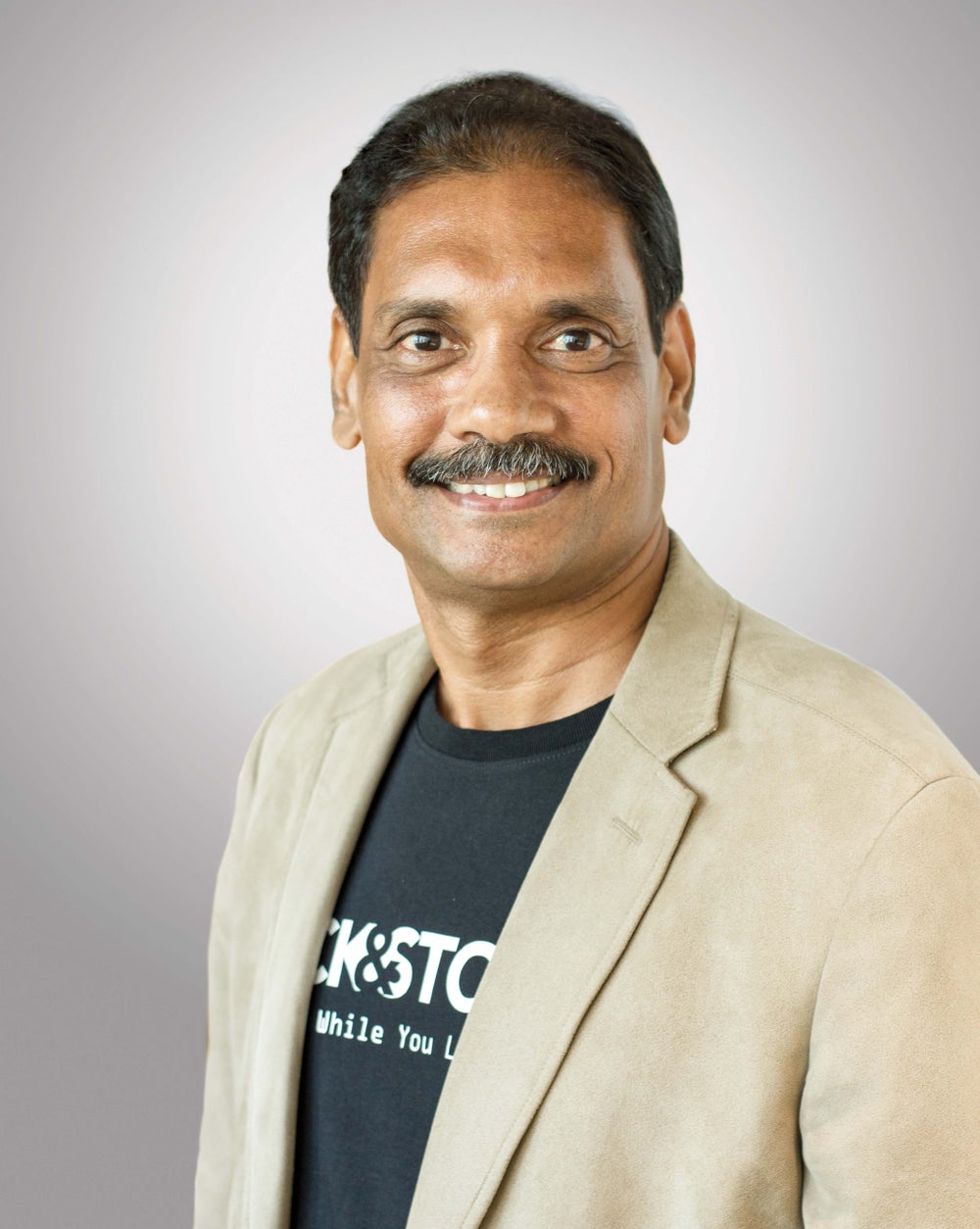 "Therefore, Lock&Stock provides students with attractive discounts– all they have to do is stay off their phones. There's actually nothing quite like Lock&Stock. Yes, there are other apps that provide users with offers, but almost all of them tend to charge the end user. Students are extremely price sensitive, and most are unwilling to pay for access to discount apps with subscription charges, meaning that most can't pay, because they don't have access to a debit or credit card. Lock&Stock is, and will always be, free for students."

The Lock&Stock app is currently available for download on the Google Play Store, and it's slated to be on the App Store very soon. Saying that students like the app would be an understatement– it has been downloaded by roughly 30,500 registered students, out of which approximately 19,200 are weekly active users. These students come from 423 schools, colleges, and universities across the UAE.

"Then there's the brand offering," Fernandes adds. "Students tell us which outlets they want through the "Recommend an Outlet' feature on Lock&Stock, and then our sales team goes out there and brings them on board. This ensures that the partnerships we have lined up are always relevant for our audience. How do we know this? Because the students told us themselves." However, there is also more to the Lock&Stock app than these offers, since it also lists available internships and exclusive scholarships from over 20 university partners based in Dubai, including Heriot-Watt, UOWD, CUD, Amity, RIT and many more.

"We try to get as creative as we can when it comes to students utilizing their points," Fernandes says. "Our jobs and scholarships platforms, where students can apply for internships and university scholarships respectively, are testament to that." 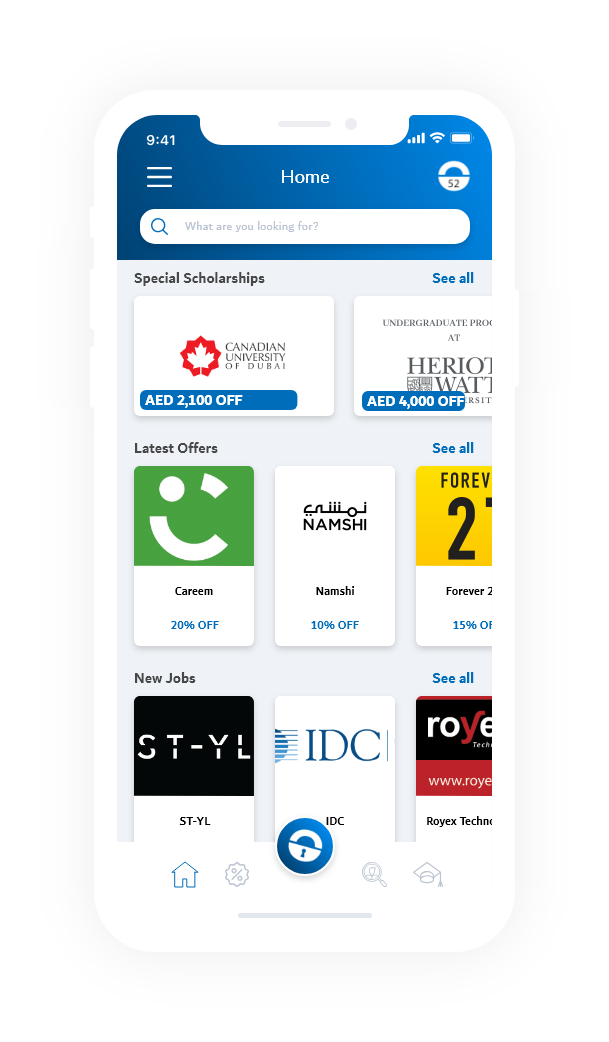 The Lock&Stock Scholarship platform was launched last April, and it already has close to 300 students active on it. "The average admissions scholarship tends to range from between AED5,000 to AED10,000, depending on the partner university, with merit scholarships then applying on top of that," Asgar says. "If you do the math on that, it's close to something like AED1 million that we've saved students going to university this fall." Yet, the process of building this feature did have quite a few twists and turns along the way.

"It was definitely challenging at the outset, because there was some blowback from universities who were accustomed to marketing their educational products through the standard practices of print ads, radio, billboards- basically, traditional media. Over our first six months, we were only able to attract five or six partner universities. But what we've learned is that if you have a good, solid product, and you stick to your game plan over a period of time, it's bound to work. Today, we've got about 20 university partners, including most of the biggest universities in the UAE, available to Lock&Stock students."

Currently, Lock&Stock boasts 30,000 student users, more than 400 offers from over 350 partner brands, and most importantly, clocks 55 years of total time spent offline. "Our impact so far has been incredible, by any standard," Asgar says. "In our 18 months of operation to date, we have accounted for roughly 55 years of total time spent offline. This number averages to about 21 hours per registered student, but when taken in the absolute, it is equivalent to a lifetime in teaching time that we have returned to teachers, professors and educators across the UAE."

While reaching these impressive results, acquiring brand partners was another hurdle the Lock&Stock team had to overcome with patience and persistence. "In the beginning, acquiring brand partners was extremely challenging, because the UAE especially is rather saturated when it comes to discount mobile applications, and many a time we would walk into a meeting, begin our pitch, and then get interrupted 20 seconds in with "Oh, not another discount application,'" Fernandes remembers.

"What we realized was that this mindset wasn't going to get changed overnight, and we picked up the phone, and called anybody and everybody we could, and tried to convince them to work with us. Often times, we'd call them up, until the point where they actually said no. Now obviously it's a lot easier, with Lock&Stock having a very strong line-up of brands awaiting launch on the platform, but back in the early days, I think persistence and determination were perhaps our strongest attributes." 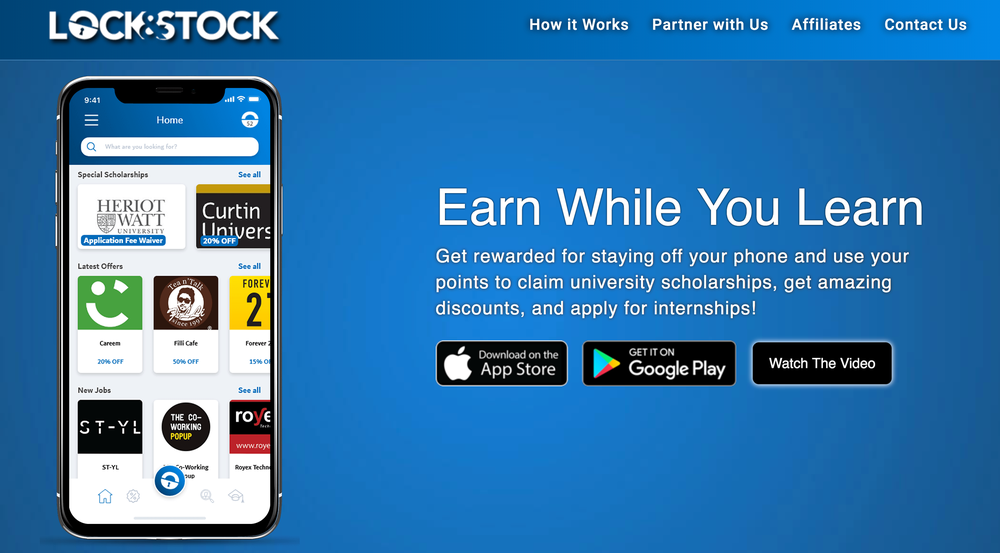 Another issue the Lock&Stock team faced back in the day is now seen as a key learning moment for the startup. "I think everybody on the team would agree that our biggest mistake when we first launched was not having a more professionally designed user interface," Fernandes admits. "The user interface that we had got us by, but I think we could've had so much more of an impact on launch with a better look and feel for the application itself. Thankfully, we've since rectified our error there, but I still think that was a huge opportunity which we let slip."

As for the future, Lock&Stock's plans and ambitions include dominating the student space in the UAE, before expanding internationally, with mid-term plans including opening regional offices at student hubs in the vicinity, particular the wider Middle East and India. "The biggest advice I could give any aspiring entrepreneur would be to trust your gut feelings," Asgar says, when asked about his tips for his peers in the startups space.

"Yes, there's loads of data, research and numbers available, but at the end of the day, you have to learn to balance the information you receive with your won instincts. You'll be a lot more successful. Another piece of advice that I wish I had received is try and build a better work-life balance. I know there are entrepreneurs out there who boast about working 17 or 18 hours in a day, but if your mind isn't in the right place, then honestly what's the point? And finally, you have to learn to focus. 90% of events that affect your company will be by outside, third-party entities over which you have absolutely no control. Your task, as a founder, is to identify the crucial 10% that does fall within your umbrella of control, and optimize for that. If you can do this well, things will eventually work out."

Lean And Mean: UAE-Based B2B Startup MeatoDoor Is Taking A Bite Out Of The GCC's Meat Industry