Since launching Ashoka Arab World in 2003 in Egypt, Bibars has expanded the organization's operations to 11 countries across the MENA region.

By Tamara Pupic
September 30, 2019
Opinions expressed by Entrepreneur contributors are their own.
You're reading Entrepreneur Middle East, an international franchise of Entrepreneur Media.

Today, the name of Dr. Iman Bibars needs no introduction, as she is widely credited with having introduced the concept of social entrepreneurship to the Arab world.

Dr. Bibars is the Vice President of Ashoka: Innovators for the Public, and the Regional Director of Ashoka Arab World, a regional office of Ashoka, a US-headquartered international organization that promotes social entrepreneurship. Since launching Ashoka Arab World in 2003 in Egypt, Bibars has expanded the organization's operations to 11 countries across the MENA region, identifying and building the capacities of over 100 Arab social entrepreneurs elected as Ashoka Fellows, and raising more than US$12 million to sustain Ashoka's global activities. Speaking of Ashoka's beginnings in the region, Dr. Bibars says, "The unique value of social entrepreneurship was unknown to the region, and difficult to embed in a culture where funding for social causes was typically charity-oriented or political. Although there did exist numerous social innovators across the MENA region operating through diverse models of impact, many were unsure of their position in the larger ecosystem, and did not perceive themselves as entrepreneurs. Through our intensive process of search and selection, Ashoka was able to identify these change leaders, direct more support toward their work, and construct a powerful network of over 100 Ashoka Fellows. It was our introduction of social entrepreneurship that helped spark the development of the rich and thriving ecosystem that exists today." 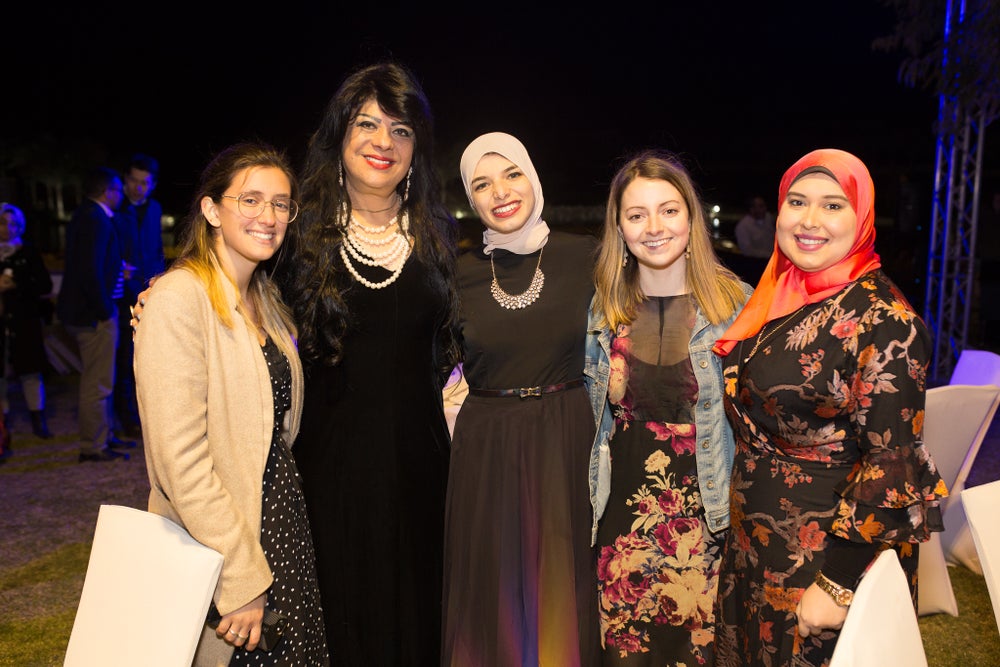 More than a decade and a half later, there does not appear to be any social entrepreneurship-related topic Dr. Bibars cannot delve into. For quite a while, she has not shied away from emerging discussions around the concept of today's social enterprises, and their power to tackle structural societal problems and develop stable markets, but she has been especially emphatic about the still present lack of support for MENA-based social entrepreneurs trying to make these changes. "The majority of Ashoka's funding stems from outside of the Arab world," Dr. Bibars says. "While organizations and foundations within the MENA region are willing to sponsor events or smaller-scale projects, these investors are typically more interested in providing charity-oriented support, rather than investing in long-term social impact. Business executives and philanthropists in the MENA region need to reconsider their ability to transform markets and simultaneously create social change through more targeted and diversified investments. At the same time, entrepreneurs working toward social change need to identify clearer models for measuring their impact, in order to better convey the larger influence of their work to the business world and investors within the MENA region."

Within Ashoka, Dr. Bibars explains, there are two central guiding principles: a belief in the power of creating systemic change, and a vision of creating an "Everyone a Changemaker" (EACH) world– one in which every individual is empowered and equipped with the tools to create positive social change. At their core, these principles speak to all of us, but only a few have managed to find a way to take action on them. Dr. Bibars is one of these few, and her solutions has involved grasping the power of networking. "Throughout my career, I have built a powerful network of leaders and changemakers based around the globe and operating in different sectors, and I have approached every event, every gathering, every interaction as an opportunity to learn, as well as engage others in my visions of social change," she says. "Networks are the most powerful systems that social entrepreneurs can leverage to elevate their work and transform communities. I would urge women in business, and particularly social entrepreneurs, to try to adopt this mindset, but most women leaders do, in fact, already practice this… Women social entrepreneurs in particular have a greater tendency to scale deeply– transform relationships, and shift cultural values and beliefs. It's thus essential that women leaders continuously seek out new networks that can be brought into the fold of their work, and support the realization of their vision."

Within Ashoka, Dr. Bibars is currently leading the Women's Initiative for Social Entrepreneurship (WISE), a global initiative aimed at elevating the power and place of women social entrepreneurs and redefining success from a gender perspective. And according to Ashoka Arab World's Celebrating ChangemakHERS report, the organization has already made a significant progress when it comes to empowering women: 38% of the Ashoka Fellowship network -over 3,500 people in 92 countries- are women, a rate that surpasses the level of representation and leadership in many other fields. The report states that these women are leaders of their own organizations and initiatives, which they launched based on systemschanging solutions they created in response to a pressing societal problem. A staunch advocate of the rights of women, Dr. Bibars is also the founder and chairperson of the Association for the Development and Enhancement of Women (ADEW), a leading Egyptian civil society organization that provides credit and legal aid for impoverished women, while making substantial changes at the policy and the community levels to empower these women and their families.

Throughout all this work, Dr. Bibars has witnessed the inequalities that have long affected women in the business and entrepreneurship sector, she says, explaining that they range from the disproportional support directed to women-led ventures, the challenge of balancing familial responsibilities with their work, and the lack of adequate recognition given to successful women leaders, among others. "I myself have experienced some of these gender-based nuances, encountering men who are not comfortable with my leadership role, or the male tendency to over-explain concepts to experienced women leaders," she explains. "One of the imbalances that has struck me the most throughout my career is the different labels assigned to men and women. For example, when a woman is perceived as assertive, she is labeled as aggressive, while a similar man would be labeled as confident." 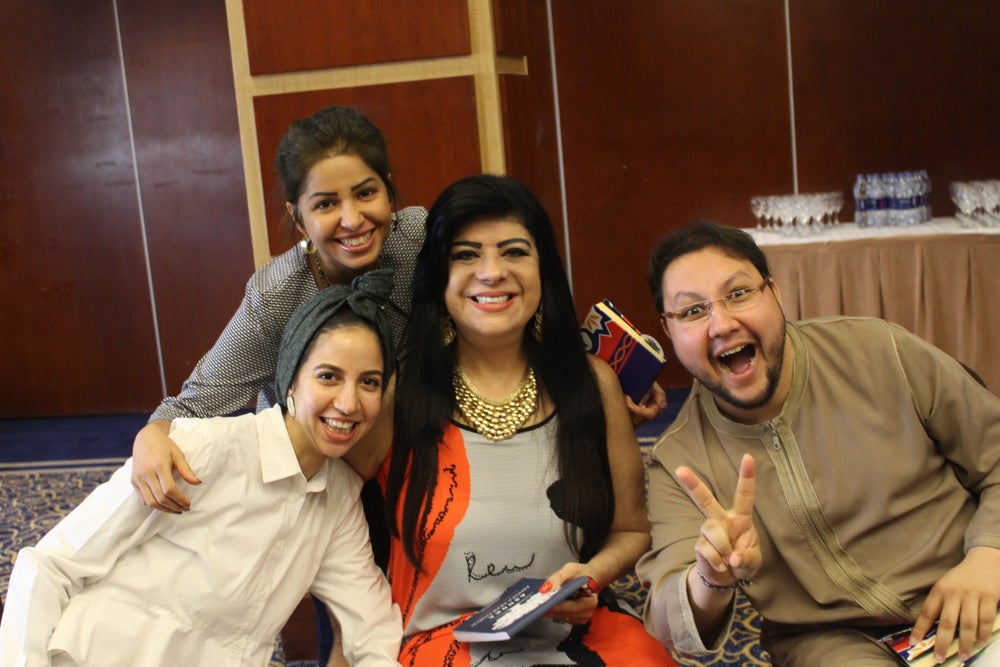 However, Dr. Bibars insists that these gender-based obstacles and imbalances are not only characteristic of the MENA region, but of the entire world. In the MENA region, she adds, they stem from both the business world and family obligations or expectations, whereas in the West, they manifest themselves in different forms and are often even more institutionalized. Fighting against these obstacles, Dr. Bibars explains, is in choosing what one should focus on. "As a fervent believer in the power of women leaders and a leading women's activist in the MENA region, I have long been of the mindset that I cannot only focus on these obstacles in order to achieve transformation," she says. "I have driven myself to create more opportunities –both for myself and other women around me– and urge other women to do the same. The unique power of social entrepreneurs and changemakers is that they detect opportunities, the potential for growth and change, in every challenge that crosses their path. Being a social entrepreneur myself, I've tapped into this mindset and inner drive to overcome the gender-based challenges I've encountered in both my personal life and career."

While she is a proven advocate of the unique power of women to achieve meaningful impact, Dr. Bibars is also eager to warn them not to undervalue their achievements. "Given mainstream conceptions of success and scaling, so many women understate their successes and dismiss the larger impact of their work," she says. "My advice to other women, particularly those in the MENA region, would be to reevaluate the way they perceive their own successes, and underscore the incredible work and impact they achieve. I have always driven myself to highlight my achievements, and have learned to quantify the impact I achieve through my work, in order to better communicate my successes."

Last but not least, Dr. Bibars has a special piece of advice for young individuals attracted by the media hype around today's business and entrepreneurship sectors she urges young entrepreneurs to equip themselves with the practical skills and critical mindset needed to successfully implement their ventures. "Many individuals in today's ecosystem often become wrapped up in the excitement of realizing a new idea, without focusing their attention first on identifying a real market need, developing impact indicators, and carefully studying existing businesses and target communities," Dr. Bibars concludes. "This challenge is rooted in the support structures that make up the business and entrepreneurship ecosystem in the MENA region – the universities, incubators, and trainers that are not urging individuals to hone in on these skills, before diving directly into starting a business."