Mendelsohn paid a visit to Dubai in November last year, which was also when Facebook announced that it had more than 100 million people accessing the social network through mobile devices in the MENA region.

For someone who was declared by The Telegraph as "the most powerful British woman in the tech industry," Nicola Mendelsohn seems to be absolutely at ease with the title conferred upon her by the U.K. newspaper for her role as Facebook's Vice President for the Europe, Middle East and Africa regions. Her calm, easygoing demeanor made it easy for me to talk with her when she paid a visit to Dubai in November last year, which was also when Facebook announced that it had more than 100 million people accessing the social network through mobile devices in the MENA region. According to Mendelsohn, these figures are a reflection of the changing nature of not just the audience Facebook caters to, but also Facebook as a platform as well. "I think it's [been] two and a half years since I have joined [Facebook], and I think the biggest change I've seen in this period is that Facebook is [now] a mobile-first company, without question," she says. "I also think the Middle East is a mobile-first region. The adoption of technologies across all the different countries here is really significant: the adoption of smartphones [is growing], people are coming on through feature phones as well, so people are consuming a lot of content. And I think the biggest difference we see here is the love of video- video has exploded on mobile! And a huge number of people in this region are consuming video, and really enjoying video on mobile as well. So I think if you are a business and you want to connect to people in an engaging way, the way to do that is through video on mobile. There is no question. And we are seeing more and more people doing that, more and more businesses."

Mendelsohn is not exaggerating when she says video has exploded on Facebook- the company has stated more than eight billion videos are being generated on the social network every day, with more than 500 million people watching these videos on a daily basis. The MENA region, in particular, has been an early adopter in terms of video content on Facebook- not only is the audience here receptive to it, Mendelsohn notes that MENA businesses, regardless of whether they are multinational corporates or startup enterprises, have been setting benchmarks of sorts for the rest of the world by creating compelling and creative video content to market themselves on Facebook. The younger companies are the ones that are standing out in this realm though- Facebook's leveling of the playing field in terms of access to its advertising tools means that businesses now have equal opportunities to make the social network work for them. "I come from a family of small business owners, and if my grandparents and my parents were told that one day they could use the same tools as the world's biggest advertisers, I think they would never have believed it- and yet that is absolutely true today," Mendelsohn says. "All the tools that exist are virtually the same, [no matter] if you are one of the world's biggest advertisers, or if you are just starting up… Actually, I think that some of the most innovative and most entrepreneurial of our advertisers are small business owners, and that is definitely true in this region as well, where we see people looking to connect with the people that matter to them. They are using Instagram extensively -Instagram here has really taken off with small business owners as well- but they are using Instagram plus Facebook, and they are connecting to people through Messenger and WhatsApp as well. So they are using a whole suite of [tools] in ways that we are not even [using]- they are ahead of us sometimes. And that's the thing to say [to other businesses], is to test and learn." 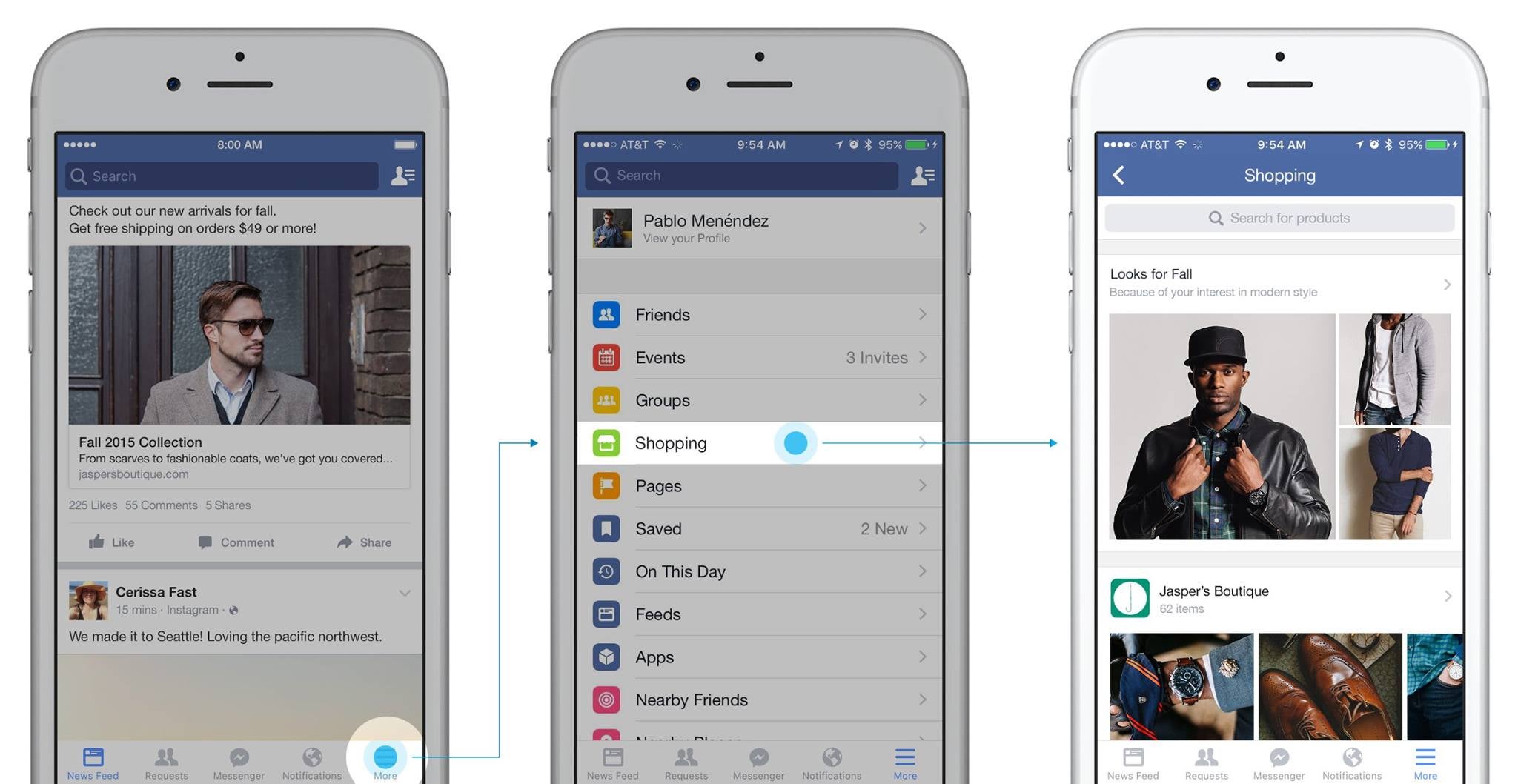 Mendelsohn uses the example of the UAE-based startup Mini Exchange (winner of the E-Commerce Agility Achiever title at Entrepreneur Middle East's 2014 Enterprise Agility Awards) to illustrate her point. This online retailer catered toward parents and kids launched in 2014 with a portfolio of just over 500 products, and it today offers more than 30,000 products from 250 brands around the globe. Its growth curve has been remarkable, to say the least- the company recently completed a seed round funding of US$1.1 million, and Mendelsohn says that Mini Exchange founder Sarah Appleton has attributed 20% of her revenues as having come through advertising on Facebook, with online sales being driven through its custom audiences and lookalike audiences tools to reach parents across the MENA region. This is just one example though, and Mendelsohn notes the availability of several other such stories to take inspiration from. "I think that if you are a business owner, and you are very clear on what your business is, and you're very clear on the sorts of people you want to target, then Facebook and Instagram are a fantastic way to do that," she says. "And what we can make is that Facebook and Instagram are the best mobile platforms to connect businesses with people, and they are the best way to go and advertise products as well." But this isn't to say that one should approach marketing on Facebook and Instagram as being one and the same- Mendelsohn strongly advises against a one-size-fits-all mentality for this matter. "I think Facebook is a place that you come to be connected with your family, your friends, the businesses- you come to Facebook to discover," she explains. "Instagram is born visual, and it's born visual mobile- so it's often a place you come to be inspired. And there is a difference between discovery and inspiration. On Instagram, you might follow people you don't knowyou might have celebrities, channels, entertainment. On Facebook, you're not as likely to do that. So there is a difference. But the beauty is they can also work together really well. So we've seen lots of cases where you might start on Instagram and then follow the retargeting through on Facebook, or vice versa, for different reasons, depending on what it is that you are trying to achieve."

Mendelsohn stresses on the need for businesses to be clear with what they are trying to achieve with their marketing efforts on Facebook- because that essentially spells out how they should go about the same, and thereby bettering their chances at reaching their desired consumers. "You know your business better than anybody," she says. "You know your consumers better than anybody. With that knowledge and with that insight, I think you can do extraordinary things, because you can go out and target your audiences, in a way that in the past, it would have just been whoever was passing you on the streets of Dubainow, you can target similar sets of people anywhere in the world, and I think that's a fantastic opportunity. So I think the message is -and what I have learned from the world of tech is- to test and learn. Test and learn- and learn also when it doesn't go right, because it doesn't always go right. I'm not saying that everything's perfectsometimes you might get the targeting wrong, sometimes you might get the creative wrong. But the important thing to do is to make sure you go back, evaluate, build on and double down on the successes- because that's what really matters." Being innovative is of the essence, of course, and the relatively young nature of Facebook as a platform allows for such experimentation to happen in a big way. "A big idea, told well, told simply, and told in a creative way is one that will just emote with you and also draw you in as well," Mendelsohn explains. "So that's what I would say [to businesses]: be true to your product, be true to your instincts, and also be creative in how you tell your stories. You want to stop people- you want to stop their thumbs in their tracks as they are scrolling through, and arresting imagery and arresting videos are the things that will grab people's attention. And they will also make sure that your business is the one that they stop on, dwell on, and hopefully go and buy from as well." 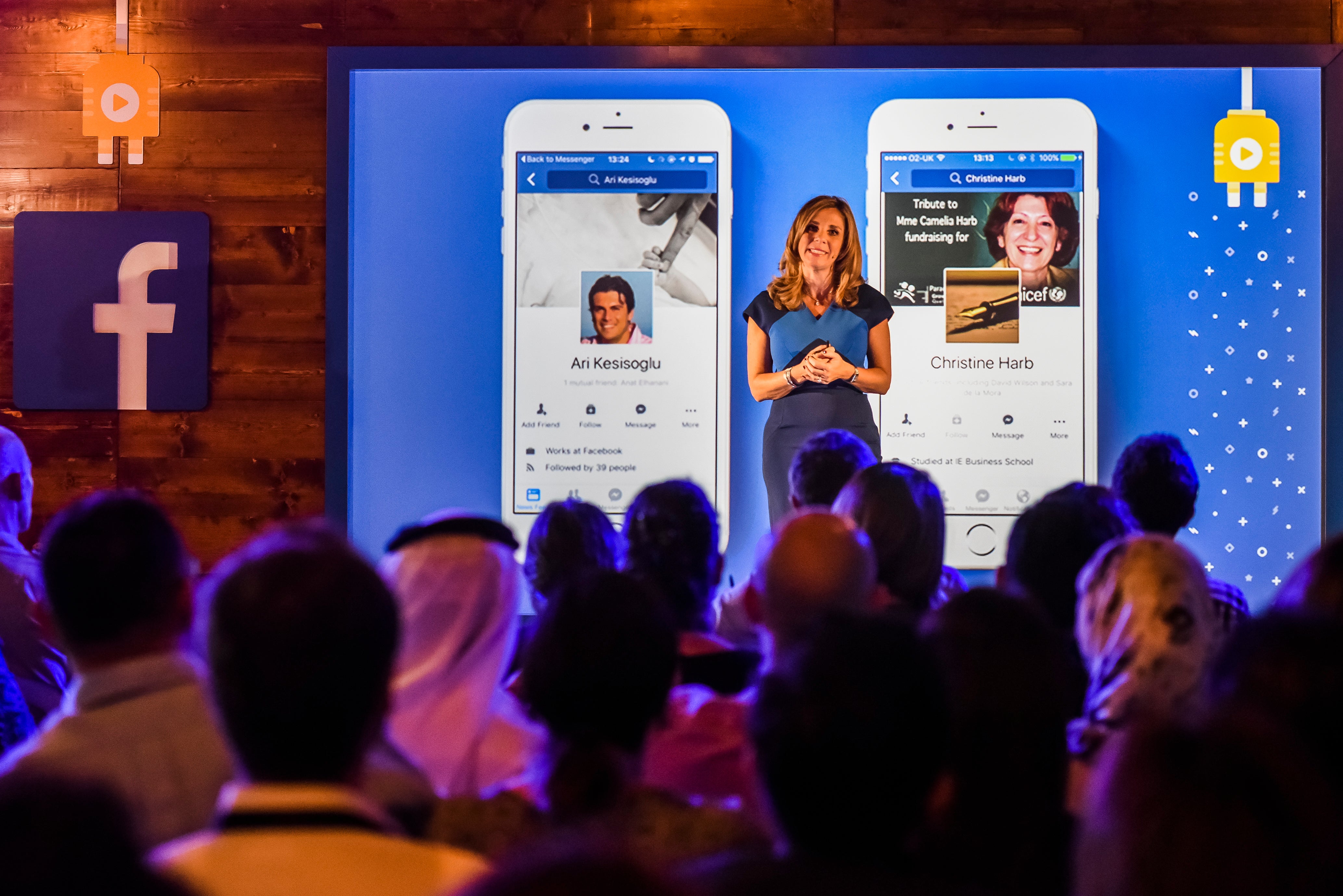 1. List your goals, and make them measurable "Know what you are trying to achieve. Be really clear about your objectives, because if not, you won't know what to measure afterward."

2. Know who it is you want to reach, and strategize for that specific market "Be very clear about who your target audience is. Think about the target audience and their newsfeeds, and how you can stop them in their tracks. What will be the creative, message, offer or thinking that will really stop them and get them [interested]?"

3. Experiment… and then experiment some more "Just because you don't get it right the first time, that doesn't mean you have done it completely wrong. Go back, try again, and I promise you that you'll see really strong results- so, just go for it."

10 Great Quotes on the Power of Goals

Setting goals is the first step to accomplishing anything meaningful.

If two businesses are pretty much the same, why would anybody work for or buy from the one run by a jerk?