From Strength To Strength: Privilee Founder Lars Johannesen On How He Built "The UAE's Ultimate Fitness And Leisure App"

Founded by Lars Johanessen, who came to the UAE from his native Denmark in 2009, Privilee is a fitness and leisure app-based membership service offering a five-star lifestyle to everyone at affordable prices.

After months of staying at home and putting life on pause, the Dubai-based app Privilee is now encouraging people to press play on life and finally get back out and embrace the city they've missed. Founded by Lars Johanessen, who came to the UAE from his native Denmark in 2009, Privilee is a fitness and leisure app-based membership service offering a five-star lifestyle to everyone at affordable prices. In the UAE, its portfolio (at the time of writing) includes more than 55 luxury resorts and beach clubs, more than 60 gyms, in addition to spas and kids' clubs and discounts at more than 300 restaurants and bars.

A decade ago, Johanessen was a 29-year-old digital entrepreneur with a hefty exit under his belt, and plenty of time and money to be spent at the city's beach resorts. Ten years before that, he was a factory worker discussing startups with a friend and colleague during their many night shifts. Those conversations grew into CEGO, a Danish video game developer that became the first company to gain an online gaming license in Denmark and explore the country's casual gaming segment. "My business partner and I started out in a basement, and had been friends for almost seven years prior to that, but we kind of grew apart," Johanessen says, as he explains what led to him exiting that business and moving to Dubai. "I wish I had realized earlier that we were two CEOs doing the same thing, and that we needed to split the roles, as in, "You take care of this, I'll take care of that.' But I don't regret exiting that company, because I have grown much more over here as a person."

Exiting CEGO happened in two stages with Johanessen selling 10% of the business in 2009, and the remaining 40% in 2012, while the lessons he had learnt would prove to be even more valuable in the long run. "We went from casual gaming, with the advertising paying all the bills, to a subscription model, where you're getting additional games and benefits," he says. "So, we went from one day thinking that "the advertising was not good that month' to introducing a subscription model, and then, all of a sudden, we started making a lot of money. I learnt the subscription model pretty well then."

His first six years in Dubai could be described as a "Yay, retirement!" dream, as he puts it. "But I got bored," Johanessen says. "Then, I tried a ton of things, such as importing paintings from China and selling them online in Denmark, or a charity website where you could donate to charities or you could collect money if someone was sick, or a concept I copied from here to advertise behind receipts from stores." It was then during a trip to the Seychelles that Johanessen witnessed airline crew enjoying deals and discounts not available to the majority of people. Before long, he turned his annoyance by this situation into a business plan to purchase beach and pool memberships at luxury hotels, and then allow Privilee members to utilize them at a fraction of the cost. 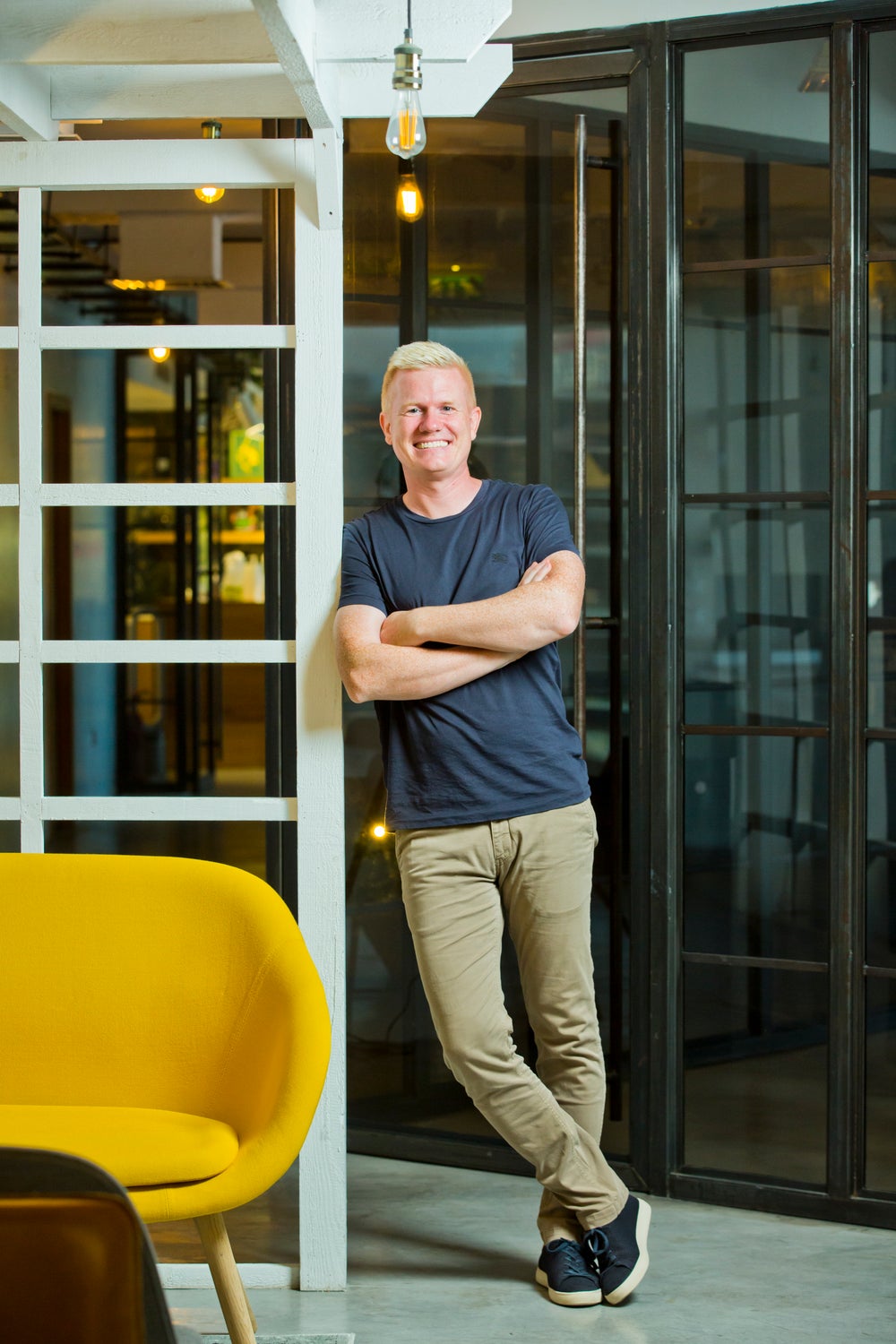 The first hurdle to overcome was getting hotels in Dubai onboard. "At the beginning, it was quite expensive and quite hard to get hotels to even listen to you, so it took me a lot of money to purchase memberships at a lot of properties to ensure I had enough memberships," he says. "I just had to burn through the cash." Quite quickly, however, some of the city's most prestigious hotels recognized the benefits of partnering with Privilee: a cash injection, year-round revenue, upselling, and brand awareness among residents of Dubai, who proved to be repeat visitors.

"For the hotels, it was tricky, because for some of the most popular venues, we used to conflict with their own in-house memberships," Johanessen explains. "However, since the whole change in salaries and packages down here, we now fit into the market. But when we launched it, some of the hotels used to have thousands of members, and we were kind of stealing them, because people got a Privilee membership for a quarter of the price. It used to cost them AED25,000, but with us, it was just AED6,000 per year. These days, the hotels love it, because they have additional revenue every day of the week in restaurants and beach clubs, which, normally, they wouldn't have had."

Next, Johanessen's eyes were set on the city's gyms in order to offer Privilee members fitness membership at a lower price and with an added benefit of access to pools and beach clubs. "I think that over the last 10 years, the gym market here has changed a lot, because there was only Fitness First before, but now there are so many different places, and they all want to attract customers," he says. "So, it's easier for us to come in now and to buy memberships, but we still try to protect the gym. So, every time we do a partnership with a gym, we say, "Okay, how do we protect your members? What is it in your business that you want to keep for your in-house members?' So, we don't just steal all their members, because then there will be dull months, and we won't have a partnership. Some of them don't get it, but from the ones who do, we actually end up buying more memberships, and bringing more business to them."

Today, the Privilee product offering is a digital app-based membership that can be purchased for one-month, four-month, and annual time frames from as little as AED529 per month. Guest passes can also be purchased for one to four weeks at AED289 per week. Due to this price point for a five-star offering, Johanessen says he has been able to rely on word of mouth as the main marketing tool. Nevertheless, the Privilee team has been cautious when finding the right message to be sent out to the market. "Because the concept is not something you need," Johanessen explains. "It's a bit tricky saying, "You should get this,' when you don't really need a beach membership, but as soon as you try it, you can't live without it. That story is difficult to tell. You can't just sell this online, because people still go, "Ugh, do I really need that?' And we've always been very transparent with our customers. I hate signing up people who will come two weeks later and say, "Oh, but I can't use this on public holidays.' It's not me enforcing these things, but the hotels saying that if they have 200 guests by the pool, they can't fit in 50 more guests. People feel that it's actually okay that we're honest about what we're doing, and delivering on the promise." 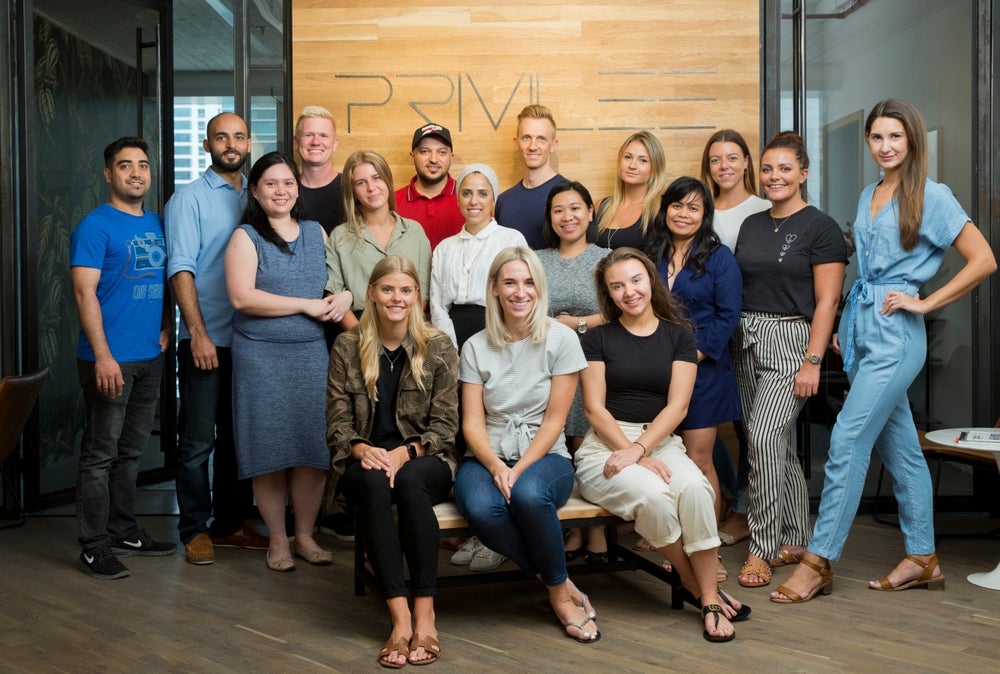 The Privilee office in Jumeirah Lake Towers is housed by 25 carefully selected staff members, Johanessen says. "We actually send out job openings to our customer base, and then we get quality candidates. I used to use LinkedIn, but we got thousands of people who were not qualified. Going through that is just a nightmare. So, we work with recruiters, and we also do it in-house, but I still find it challenging, especially if you want to hire developers down here. We built this office for 25 employees, and I don't want to fit in more people. I know from the past that as soon as we go past 30, you don't connect with them personally. I don't know anything about them. It's not that fun to come into work anymore, but I know it's inevitable."

The company broke even a couple of years ago, and Johanessen admits that it has taken him some time to find a fine balance between growth and costs. "I don't like the culture of just burning through cash to see if eventually we're going to make money," he says. "We are not just another aggregator, but we invest in hotels, and that's why I think we're successful, and why they want to work with us. But, as soon as I go to the media, people start calling me and saying "Hey, can we raise funds for you?' I don't need money. "Ah, but you do need money!' What am I going to do with it? If there was a plan that I needed to explore, I would probably see someone who could help me to raise funds, but as of now, I just need to tweak the concept before we move internationally. It's different, because I'm funding it myself."

Fast forward a few months or years, Johanessen would prefer for any partner to consider working with Privilee as a no-brainer. That said, he notes that expanding Privilee internationally will require the concept to be modified. "It will not work in Europe; like in Italy, they have got nice hotels, but they don't have the resort culture," Johanessen says. "We can open up in Greece, but if you told someone in Greece to pay a EUR1,000 a year to use a sun lounge, they would have a heart attack. But this would work well in Miami, because you've good weather, five-star resorts, but it needs to be tweaked a lot over there, just like in Singapore."

When asked if his future dreams include him moving on from being an entrepreneur to becoming an investor, Johanessen confesses that he's not interested in that shift just yet. "Just because you're good at starting something does not mean that it is easy to be on the sidelines, and guide someone else on what they should do," he explains. "Some entrepreneurs are good at being investors, but that's not my skill. A lot of entrepreneurs think that "I'll just invest in this, and I could be on the board,' but a lot of them don't realize that that might not be their skillset. They're actually good at seeing a demand somewhere and fulfilling it, or hiring the right people, or making good business deals, but it doesn't mean that they are good board members."