"I had found a niche: relating crypto to the masses. That's when I decided to start an agency tailored to the industry- and now here we are!"

By Aalia Mehreen Ahmed
June 15, 2021
Opinions expressed by Entrepreneur contributors are their own.
You're reading Entrepreneur Middle East, an international franchise of Entrepreneur Media.

Nikita Sachdev, CEO of Dubai-based PR and marketing agency Luna PR, has had an unusual but impressive career graph. She worked as a model and actress before delving fully into the world of blockchain and cryptocurrency, and subsequently ended up starting her own entrepreneurial venture in the same market. But this shift wasn't one that happened overnight or simply based on impulse, she notes.

"I've always had an entrepreneurial mindset, even when I was modelling," Sachdev says. "Back then, I had set up a talent management agency with a business partner, and it became successful in a very short time. One of the jobs we had was to do a corporate video for a crypto project where I was the spokesperson, simply reading off a teleprompter. I asked the CEO of that company what all the tech jargon was, and he told me to invest in bitcoin. Later that evening, I did my research, and started investing aggressively."

In the months that followed, Sachdev started making educational videos on the blockchain industry and began to gain valuable exposure to the market in the process. She also started to receive invitations to speak about blockchain and emerging tech at conferences globally, including at Oxford University. In the midst of a three-year long journey, that involved advising 30 blockchain projects, Sachdev says she observed that there was an obvious gap in the crypto and blockchain market. "I had found a niche: relating crypto to the masses. That's when I decided to start an agency tailored to the industry- and now here we are!"

Launched in 2020, Luna PR offers five service verticals: full-stack public relations services, marketing services, investor relations, advisory, and branding, and operates on a retainer basis with each of its clients (usually for a period of six months). Having already worked with over 50 blockchain and emerging tech clients in the time since its launch, the firm was very recently awarded the "Best PR and Marketing Agency in Emerging Tech" title at the 2021 E-Business Awards staged by Entrepreneur Middle East. "We build the bridge between the laymen and the technical blockchain world, but in addition, we are also the only female-led company in the region focused on blockchain and emerging tech," Sachdev notes. "We are a niche company. We take the approach of "working with you, and not for you' and tailor each strategy to the project specifically." 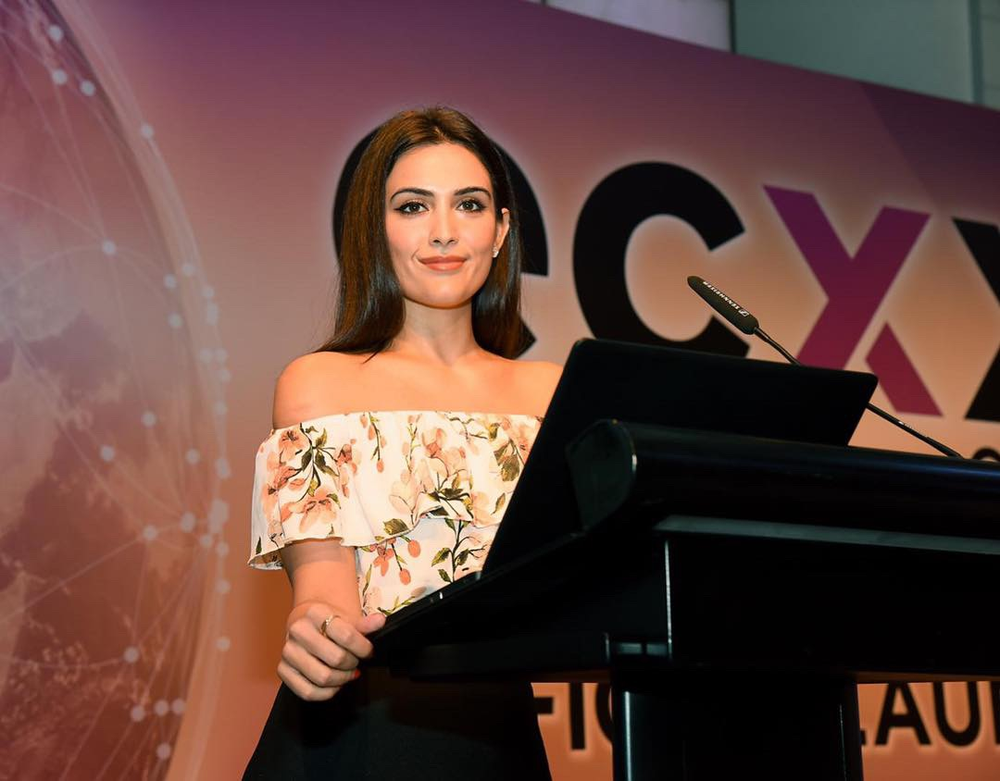 While the strategy is customized for cutting-edge technologies and digital asset initiatives, Sachdev maintains that it is still important for her firm's services to maintain a level of human connection with the firm's clients. "The blockchain space is fueled by innovation, so as much as we love being tech savvy, you cannot replace the human element," Sachdev explains. "While we use software and tools to facilitate and track our performance, our approach is still very hands-on when dealing with clients. In addition, the human connection between us and our clients is complimented by weekly meetings and daily communication on chat."

All of this also appears to be a sentiment that the founder wants to foster within her firm as well. "We have an educational aspect to our company, where we teach newcomers and beginners about blockchain and emerging tech," explains Sachdev. "We also talk about investments and empower them to get involved in being more financially independent. We are also a female-led team! The executive board consists of all females, which is also empowering."

In a time when the discourse on gender diversity, and the need for more female members on the board of directors, is rampant, it is encouraging to see how a female leader can directly influence the inclusion of more female employees. Sachdev's own initiation into the corporate world is one that "felt like entering Jurassic Park," she says. But one of her biggest takeaways from the entire journey has been to never take business rejection as the final answer.

"One thing that has really stayed with me was to never take no for an answer, because there is always a way," she explains. "When I got into crypto four years ago, I had no technical background or formal knowledge of the space. I liked crypto, because of the fractional ownership aspect of it. But I was told that this was a bubble, that I was not experienced enough, and that entrepreneurship was a massive risk that only a few fortunate people succeeded at. However, when I look back, it wasn't so bad after all! So, my key takeaway is that if you're passionate about something, go for it. You don't need any other reason or excuse."

When asked about the future of her firm, Sachdev remains upbeat and optimistic, primarily because she believes that Dubai could very well become a global hub for cryptocurrency and blockchain soon. "There are always ongoing blockchain events happening, and the UAE government is very supportive towards welcoming projects into this region," she adds. "In the long run, I see Luna PR being the number one emerging tech consultancy and marketing firm with offices globally. I want to expand vertically and horizontally by adding more divisions into the firm, and I would like us to be leaders in this space."