Conceptualized in July 2020, Predictiv was built with an approach wherein the platform "integrates your health history, your lifestyle, and your genes."

By Aalia Mehreen Ahmed
September 21, 2022
Opinions expressed by Entrepreneur contributors are their own.
You're reading Entrepreneur Middle East, an international franchise of Entrepreneur Media.

For brothers Sajung Yun and Sijung Yun, the co-founders of Silicon Valley-based DNA testing firm Predictiv, the inspiration to create the startup came from a place of personal agony. You see, a few years ago, the twins' father had been diagnosed with a rare type of cancer. "He is okay now, by the way," Sajung reveals. "But it was later, while I was researching at the National Institutes of Health, and teaching genomics at Johns Hopkins University, that I analyzed my father's DNA, together with my twin brother, Sijung (who is also a DNA analytics expert), and found out that this cancer could have been predicted and prevented. We therefore wanted to provide this opportunity to other people before it's too late. That is why we built Predictiv."

Conceptualized in July 2020, Predictiv was built with an approach wherein the platform "integrates your health history, your lifestyle, and your genes." This involves three primary steps: DNA collection, DNA sequencing analysis, and genetic counseling. By sequencing DNA from a patient's fingernail tips, Predictiv aims to identify genetically susceptible diseases based on the DNA variants in a given patient's genes. "Basically, Predictiv offers a DNA-based digital twin to predict and prevent diseases as well as predict adverse drug reactions," Sajung, who is the startup's CEO, says. "Once digital twins are made, we can use them to find medically relevant information and simulation of drugs before taking them, in order to reduce side effects and increase the efficacy. Our goal is to ensure that no one dies or gets permanent damages from preventable diseases or preventable side effects of drugs anymore."

Related: It's All In The Genes: Genomic-Tech Company NoorDX Is Addressing The Lack Of Localized Genomic Testing In Saudi Arabia

Genetic testing is quickly becoming one of the most widely used services in precision medicine- a Global Market Insights report notes that the genetic testing market size surpassed US$14.8 billion in 2020, and that it is expected to grow at over 11.6% compound annual growth rate till 2027. Aware of the market's sudden boom, the Yun brothers took an intentional decision -very early in their entrepreneurial journey- to differentiate Predictiv from its industry peers. "Other companies analyze selected genes or diseases; however, we analyze all 20,000 genes humans have," Sajung explains. "Other companies also make PDF reports to provide genetic sequencing results. However, we provide a summary PDF report as well as a digital twin platform where they can Google their own DNA concerning health and medications. Our company thus has a truly human-based approach."

Since its services first became available to the US market in 2021, Predictiv has already completed its beta testing phase. "Three months after we first established Predictiv in 2020, we received our first institutional funding from Plug and Play Ventures in Silicon Valley," Sajung says. "We then received another funding from California-based early-stage venture capital firm Draper Associates. For our pre-seed round that was closed in 2021, we raised $1.15 million, and for the seed funding in 2022, we received investment from AIDG and South Korean online platform Naver. We have also made partners in eight different countries including Thailand, Singapore, Korea, Spain, UAE, Malaysia, and KSA."

Having secured these funding rounds, the Predictiv team is making inroads into the MENA and Southeast Asia regions, and the UAE has proven to be the perfect launchpad for the enterprise. Indeed, it is now home to Predictiv Middle East, a 100% subsidiary company of Predictiv, based in Abu Dhabi, led by Sajung and Mhy-Lanie Adduru. 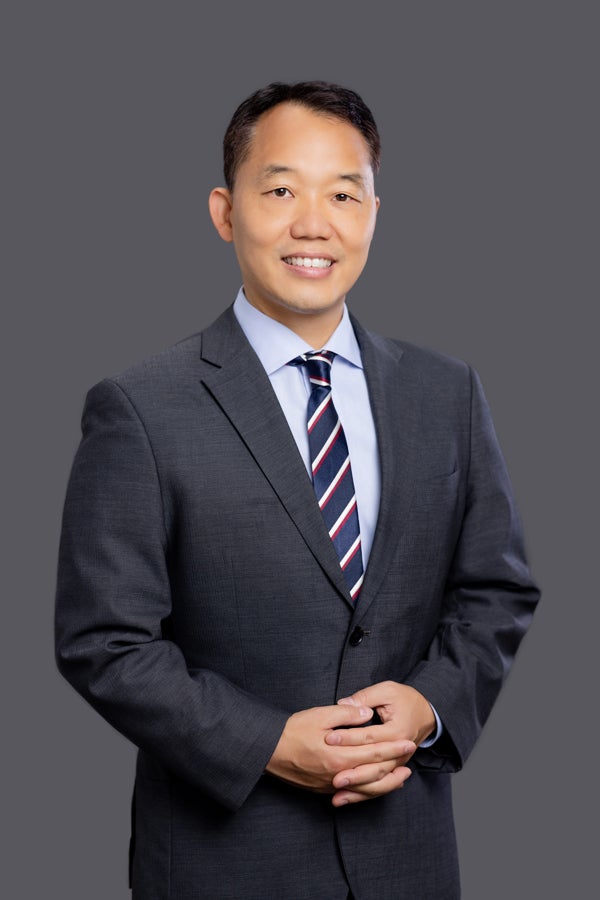 Having already received a commercial license during the firm's time at Abu Dhabi-based tech incubator Hub71, Sajung says joining the MBRIF's accelerator program only felt like the next right step for Predictiv. "As Dubai is very active in businesses, we too wanted to expand into the city, and the MBRIF brought us great opportunities for business partnerships," he says. "And as for the next step for Predictiv, we now expect to engage with several national level digital health projects in order to achieve our aim of elongating healthy lifespans."