The 11th edition of Alibaba's Singles Day shopping festival set a new record of $31 billion in sales in 2019, as shoppers hunted for deep bargains on consumer items from clothes and cosmetics to electronic goods and home improvement items.

To boost sales against the backdrop of a slowing Chinese economy, as well as trepidation of dwindling demand for goods from the United States because of the tariff spat, Alibaba expanded the number of discounted items and roped in celebrities and social media influencers to publicise products via live streaming.

Alibaba launched Singles Day in 2009, as a counter to Valentine's Day. Its first event saw participation from just 27 merchants, a BBC report said. Since then, the company has broken its own sales records multiple times, even surpassing Black Friday and Cyber Monday sales.

Alibaba had earlier said it expected nearly half a billion shoppers on Singles Day, from across the world, including China, where consumption needs in low-tier cities has risen over the last two years.

Of the 226 million new mobile monthly active users that joined Alibaba's online shopping website, Taobao, over the last two years, 70 percent were from lower-tier areas, as of June 2019, the company said.

To meet consumer demand from lower-tier areas, Alibaba has been helping factories in China become more technologically savvy by giving them access to analytics tools, IoT capabilities, and marketing tools, to make their manufacturing processes efficient and meet demands of consumers from the lower-tier areas. 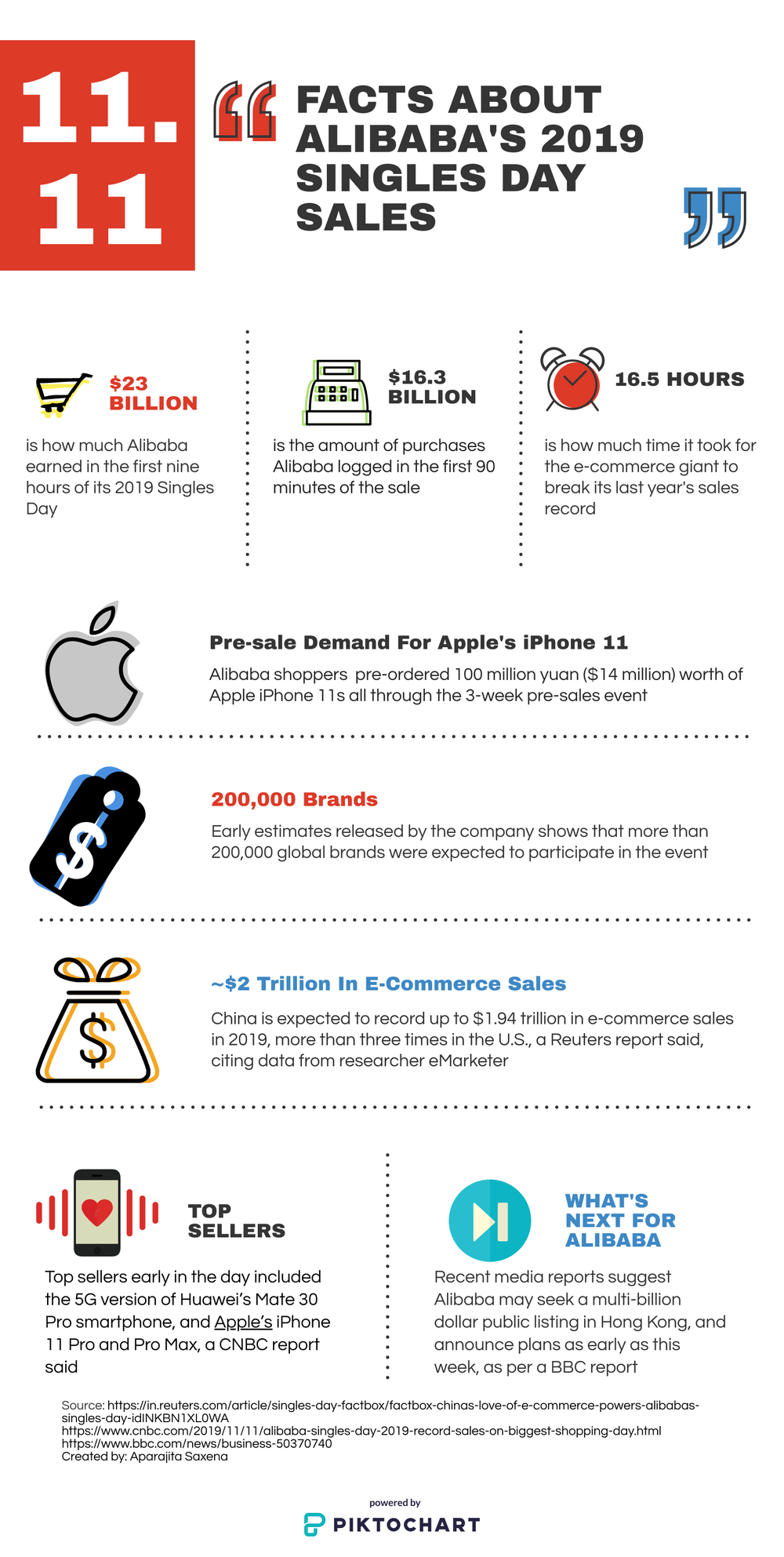 Elon Musk's New Private Jet Is Something to Behold. But How Bad Is It for the Climate?