Cities in Thailand are choked with harmful gases. To their rescue, the ride-hailing decacorn has introduced Grab TukTuk, an electric three-wheeler in Chiang Mai city of Thailand.

By Dipen Pradhan
June 6, 2019
Opinions expressed by Entrepreneur contributors are their own.
You're reading Entrepreneur Asia Pacific, an international franchise of Entrepreneur Media.

The Singapore-headquartered decacorn, Grab, which is on its way towards becoming a "super app' to offer everything in the consumer services' sector of the Southeast Asian region, has actively started to on-board more electric vehicles to its host of ride-hailing offerings. The company has announced to partner with the owners of a three-wheeler eco-friendly vehicles (EVs), TukTuk Electric, in Chiang Mai city, a tourist and cultural center in northern Thailand.

The initiative is part of the memorandum of understanding (MoU) Grab signed with the country's government and private organisations to establish Chiang Mai Smart Mobility Alliance Network – a collaboration which aims to contribute towards clean and sustainable form of transportation in the city. It expects to bring some respite to the current air condition of the city troubled by worst air pollution.

A three-wheeler passenger ferrying vehicle, tuktuk, is the most popular ride in Thailand, especially for last-mile connectivity. The vehicle, which runs either on petrol and compressed and natural gas (CNG), or liquefied petroleum gas (LPG), which emit carbon harmful to humans, is now being replaced by Grab's electric tuktuk that runs on lithium-ion battery—known for producing fewer emissions than gasoline-powered vehicles.

According to Grab, with the adoption of GrabTukTuk, the driver-partners can save up to 80 per cent in their cost, which they spend in refueling. It maintains that an LPG tuktuk driver incurs total monthly fuel expenses of 6,000 baht (US$167.21), but after shifting to electric tuktuk, they can save up 1,400 baht (US$44.61).

These electric tuktuks are currently available in its Thailand app for Chiang Mai City's consumers. Grab is expected to launch these EVs in other regions of Thailand as well. It also complements the company's other existing on-demand services, namely food delivery business, GrabFood; and their on-demand grocery delivery, GrabFresh. 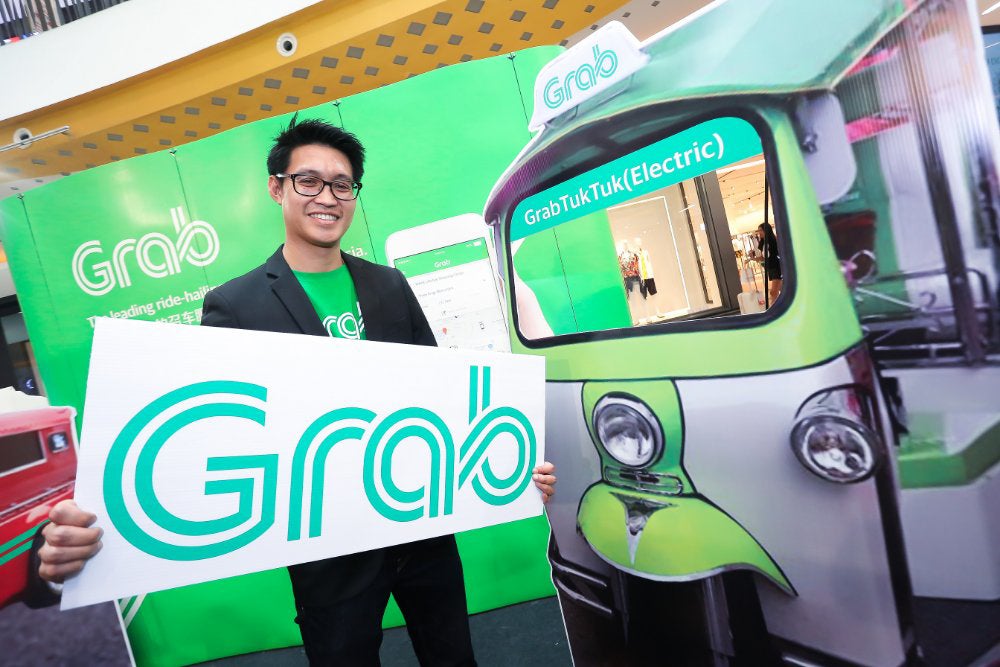 In pics: Eaknapat Suvanathada, Head of Other Cities, Grab Thailand

Grab expanded its taxi-booking service to Thailand in 2013. In a span of six years, the company has already implemented its "superapp' features such as GrabFood, GrabFresh, besides offering taxi, bike and car rental services in the country.

The company had then said this initiative will reduce four tons of carbon dioxide per day, while enabling Grab's driver-partners to earn up to 25 per cent more in daily income.

Chiang Mai is one of the three selected pilot cities in Thailand, along with Phuket and Khon Kaen, which the government plans on converting it into smart cities. The collaboration with Grab to establish the Chiang Mai Smart Mobility Alliance Network complements this plan as one of the seven key factors in developing a smart city, according to deputy governor of Chiang Mai, Wirun Panthewee.

"Together with GrabTukTuk Electric, the network will provide a public transportation system that has greater coverage, gives commuters more alternatives and lessens the carbon footprint," the company statement cited Panthewee, as saying.

Chiang Mai was ranked among the cities with the most polluted air in the world. In April this year, the city's Air Quality Index (AQI) hovered at 409 points, considered to be at the "hazardous level'.

The implementation of Grab's tuktuk is in line with the Thailand government's "Electric Vehicle Promotion Plan", under "Thailand Alternative Energy Development Plan 2012-2021".

The penetration of EVs is low in Thailand compared to other SEA countries, such as China, which is estimated to have more than two million EVs, with over 100,000 charging stations. As on June 2017, the number of registered hybrid electric vehicles and plug-in hybrid electric vehicles were at 84,236 units, while only 63 units were battery electric vehicles, according to the 2018 report by a research firm KPMG, citing statistics from the Thailand's transport department.

Another recent report by a research firm, Kasikorn Research Center, estimates Thailand's EV output to reach 430,000 units a year with 240,000 electric cars (combing hybrids, plug-in hybrids, and battery-powered EVs), making up 25 per cent of the total car market by 2023.

EV manufacturers, for instance, Japan's Nissan Motors is already selling electric cars in Thailand. In fact, the company had announced to sell 300 to 500 units of its latest Nissan Leaf electric car in Thailand by 2019. On the other hand, Japan-headquartered EV startup, FOMM, is also reportedly planning on investing 1 billion baht (US$30.4 million) to set up a production plant in Thailand.

(The article has been updated with quotes from Grab).