Eight years ago, 25-year-old Finnish girl Anna Ratala landed in Singapore in search of a job. She wanted to explore Asia. In the next six years, she kept switching her jobs to gather more knowledge about entrepreneurship, investment and business in Southeast Asia. She worked with a top SaaS company to acquire experience in sales and leadership. But after a point, she decided to explore something beyond her regular 10-7 job.

So she quit her job in 2014 and decided to work for herself, helping tech companies expand to Southeast Asia. That gave her a glimpse into the startup scene of Singapore and she decided to start Slush Singapore, a platform that celebrates entrepreneurship and accelerates the growth of startups in Asia.

"When entrepreneurship was not in trend'

"Seven, eight years ago entrepreneurship was not something in trend. Getting to know the local startup ecosystem as an entrepreneur, I started realizing that there was a lot of buzz in Singapore but something was still lacking. A lot of young people were struggling to have a guidebook or a platform where they could learn, network and gain something from it to grow their business – but that would still look like them and feel like them, allowing them to explore, try and fail," says Ratala who believes in creating global movements through startups. 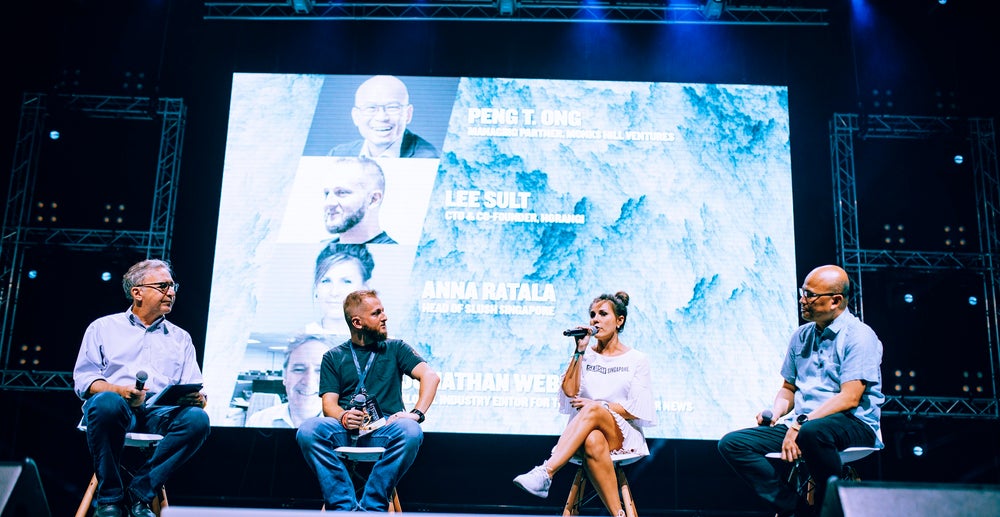 "Realizing that many events were run top down or were highly commercialized, it was obvious there was a space for a ground-up non-for-profit movement like Slush. That's how we started off in Singapore," she adds.

Ratala staged the first Slush Singapore event in 2016 with 2,000 attendees from 28 different countries. With no prior experience, no existing funding, Ratala had no idea what was in store for her. From there, the event has grown to 3,000 international attendees representing over 70 nationalities.

How did she do it? "Singapore is an easy place to operate and start up when compared to other countries. Our target was to tap the audience of Southeast Asia, and Singapore was the central location for it," she says excitedly.

Speaking about how she went about it, she adds, "Our priority was to bridge the gap between Southeast Asia and Europe. So we gathered all the like-minded people on our platform to discuss, learn and grow through the community of entrepreneurs."

With three annual events, Slush broke down all the records of events business in Singapore and is today known as one of the most powerful and influential tech startup platforms. What's the secret behind her instant success, she says, learning from each experience every year. She says, "It was quite a big learning experience from all the perspectives. People loved our concept. They would do after-party. The feeling was crazy."

The company's annual turnover runs well below 1 million SGD annually, which consist of mainly ticket sales and partnerships around the event. As it calls itself (we really are a non-profit by definition)a non-for-profit organization, Ratala says, "We have to be mindful about our finances and often it's not just the revenue that matters but also keeping costs low."

"We've been really creative about things like marketing because we don't have big budgets to play with. But it's been fun to push our creativity and come up with new ways of doing things," she adds.

What inspires Anna to be persistent and so dedicated towards her work? She says, "I love this freedom of being an entrepreneur. I can push myself to an extent, I get out of my comfort zone, but at the same time, this freedom comes with a lot of responsibilities."

Speaking about how she manages her work-life balance as an entrepreneur, Ratala says, "I'm a big believer in something called dynamic flexibility - you work when you need to work and take time off when you need it. I'm good at this balance, and always make sure I take time to unwind. It gives me the mental strength to deal with all the stress and uncertainty of entrepreneurial life."

As a serial entrepreneur, Ratala aspires to build a team that could pull up their sleeves and to think beyond the ordinary ideas. "I want to become the best leader who could help people nurture their capabilities and bring the best out of them," says Ratala.

For this enthusiastic leader, her success is not just confined to one venture as after Slush Singapore, Ratala is looking to start her next venture this year.