These Start-ups Are Putting Up a Fight Against Air Pollution

Due to air pollution, 30,000 people die in Delhi every year of which 14,800 are premature deaths. It is estimated that at least 10 years of life span is reduced of every Delhiite because of the air they breathe.

By Tahira Noor Khan
November 21, 2019
Opinions expressed by Entrepreneur contributors are their own.
You're reading Entrepreneur India, an international franchise of Entrepreneur Media.

In the past five-six years, Delhi has got covered by a blanket of toxic smog every winter. Reduced visibility, itchiness in the eyes, throat infection and headache are some of the common issues that everyone faces, apart from the long-term hazardous ill effects on health.

The worsening air pollution has shaken up some sensitive young individuals who have come up with innovative ideas to fight air pollution. "Air pollution in various towns and cities of India, especially industrial towns, is almost as bad as that in Delhi. Air pollution for our country is a much bigger problem and goes beyond the Capital," claims, Jainam Mehta, one of the founders of Internet-of-Things-based air monitoring startup, Oizom.

He asserts that people's concern is limited to the winter period when the media covers the issue, but they are not mindful of the pollution that surrounds them throughout the year.

Mehta states that his start-up, Oizom, "offers a diagnosis to the problem". Oizom is founded by Ankit Vyas, Sohil Patel, Vrushank Vyas and Mehta. The four founders are friends and each one of them gave up their lucrative corporate careers to develop a business with a "social impact". Mehta says when they started out working on Oizom, the then available air monitoring technology was very expensive, human-intensive and not supportive for public use.

Oizom was selected by Catapult Accelerator and the company was stationed for a year in France. The start-up was also part of IBM Camp, 2017. The company has a large international presence and plans to further expand it. "We have installations in Varanasi and Abdul Aziz Mosque, Saudi Arabia; Taj Mahal, Agra among some auspicious and well-known places of the world," tells Mehta. Tata, Cisco and Wipro are some of the clients of Oizom.

Coming from an industrial town of Rourkela in Orissa, Amiya Kumar Samantaray witnessed air pollution from close quarters while growing up. "Everyone is talking about pollution at a macro-scale. But if you have data you can monitor it at micro-scale as air quality changes every square kilometre," says Samantaray, founder of air monitoring start-up, Phoenix Robotix. Samantaray professes that data on air quality helps individuals to respond to their environment dynamically. Phoenix Robotix has collaborated with the government and has implemented its technology in 12 smart cities in India. Honeywell, L&T ECC and Iram Technologies are some of its major corporate clients. "We work closely with industries to help them optimize their energy resources and reach Industry 4.0 stage," shares Samantaray. 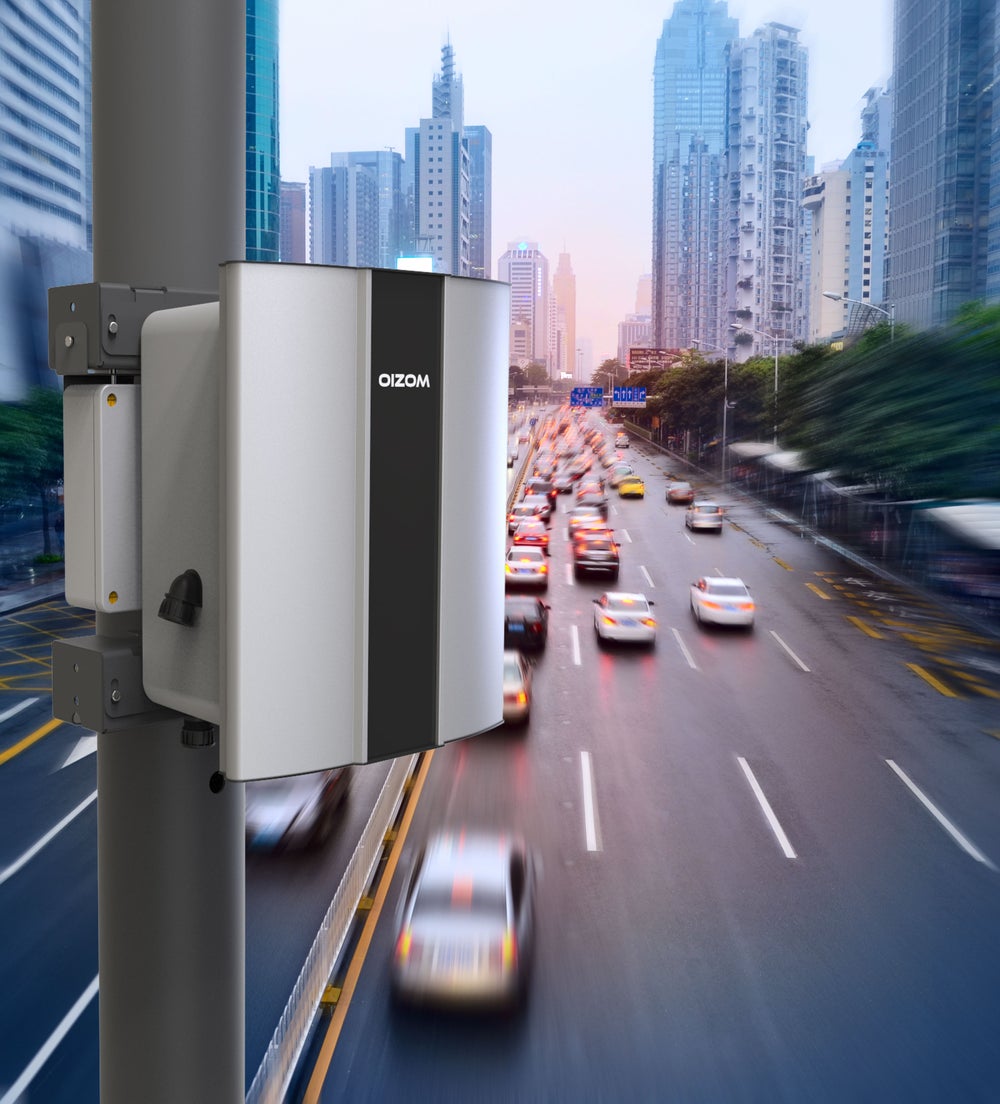 While changing the industrial structures, the infrastructures, among others, pollution-fighting measures may take a long while and so some start-ups have come up with preventive products to combat air pollution. One such start-up is Nanoclean Global which makes nostril covering, pollution protective nostril filters called Nasofilter. The company is founded by three IIT-Delhi graduates—Prateek Sharma, Tushar Vyas and Jatin Kewlani. IIT-Delhi faculty members Ashwini Agrawal and Manjeet Jassal of the textiles department helped the trio by providing mentorship and helping to come up with a prototype. Nasofilters use nanotechnology which ensures that there is a minimal pressure drop while breathing, ensuring ease in breathing and no breathing discomfort. "In our society, there is a stigma associated with wearing a mask. People feel there is something wrong with you. Nasofilter provides an alternative to it while providing superior protection against air pollution," says Kewlani. 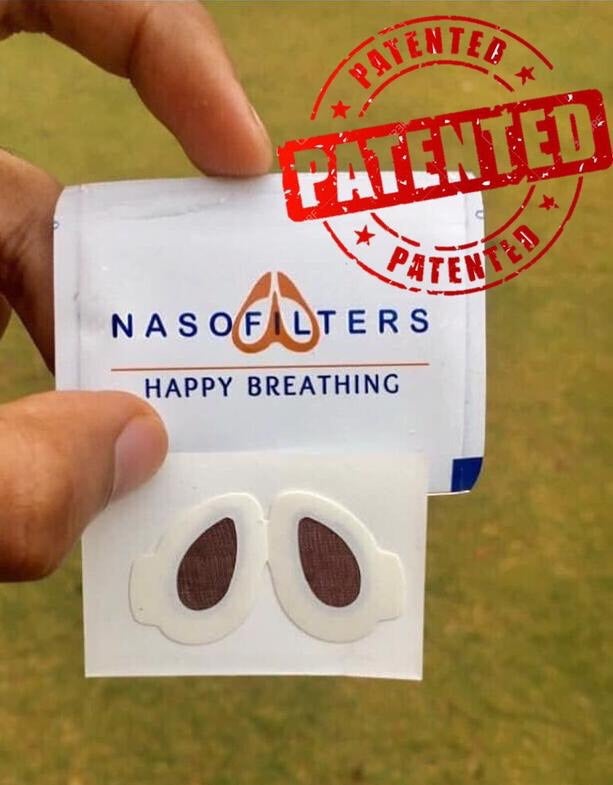 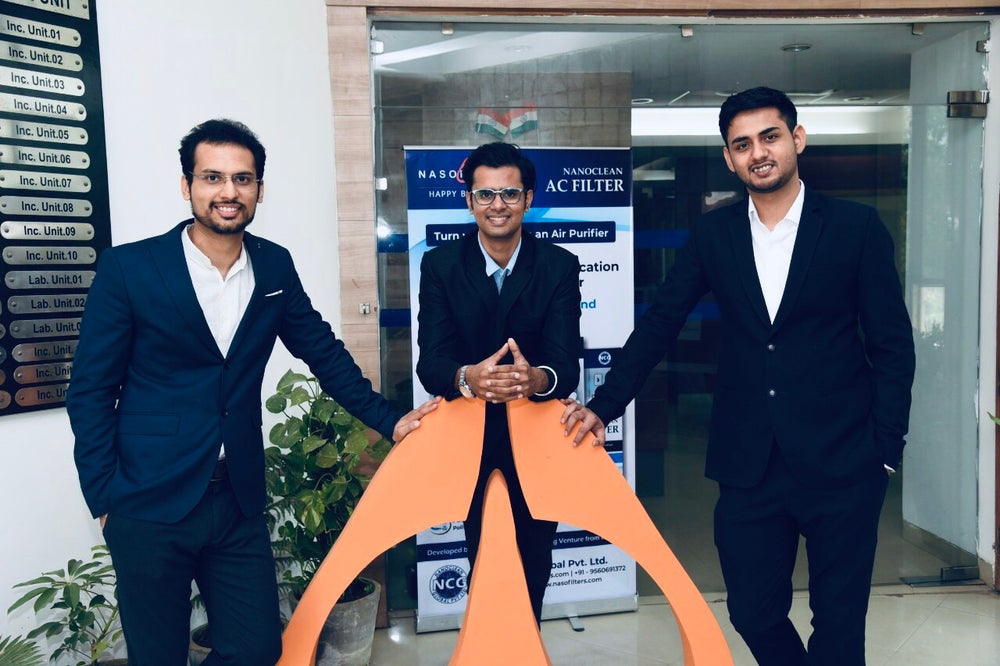 Among various awards, Nanoclean has been the recipient of the Startup National Award 2017 that was conferred on them by the ex-President of India, Pranab Mukherjee. Other products by Nanoclean Global are air-purifying Nanoclean AC Filters, Nasofilter Pollution Net and Nasomask. All the products by the company are reasonably priced and the founders aim to reduce the prices even further. "Our motto is to reach to as many people as possible. So, to be able to reduce the prices of our products, we are going to open our own manufacturing unit," says Kewlani.

A lot of people are exposed to pollution when they are commuting on two-wheelers. India is the largest market for motorized two-wheelers in the world, according to industry body Society of Indian Automobile Manufacturers.

Brother duo Amit Pathak and Mayank Pathak came up with an ingenious technology in the form of air purification system integrated helmets to cater to the health of bikers. The two started a company called Shellios which sells these air-purifying helmets for bike riders. "Shellios is working to enable safer mobility and productivity for crores of Indians by leveraging the power of IoT, sensors, data, enabled by an innovative array of industrial design form factors," says Amit Pathak, founder and CEO, Shellios TechnoLabs. 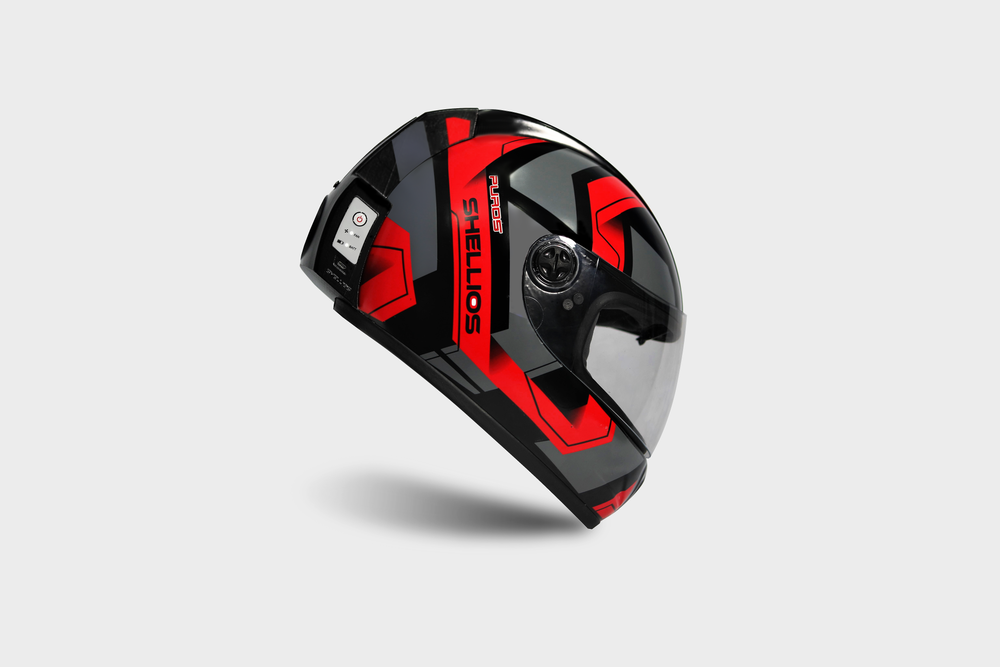 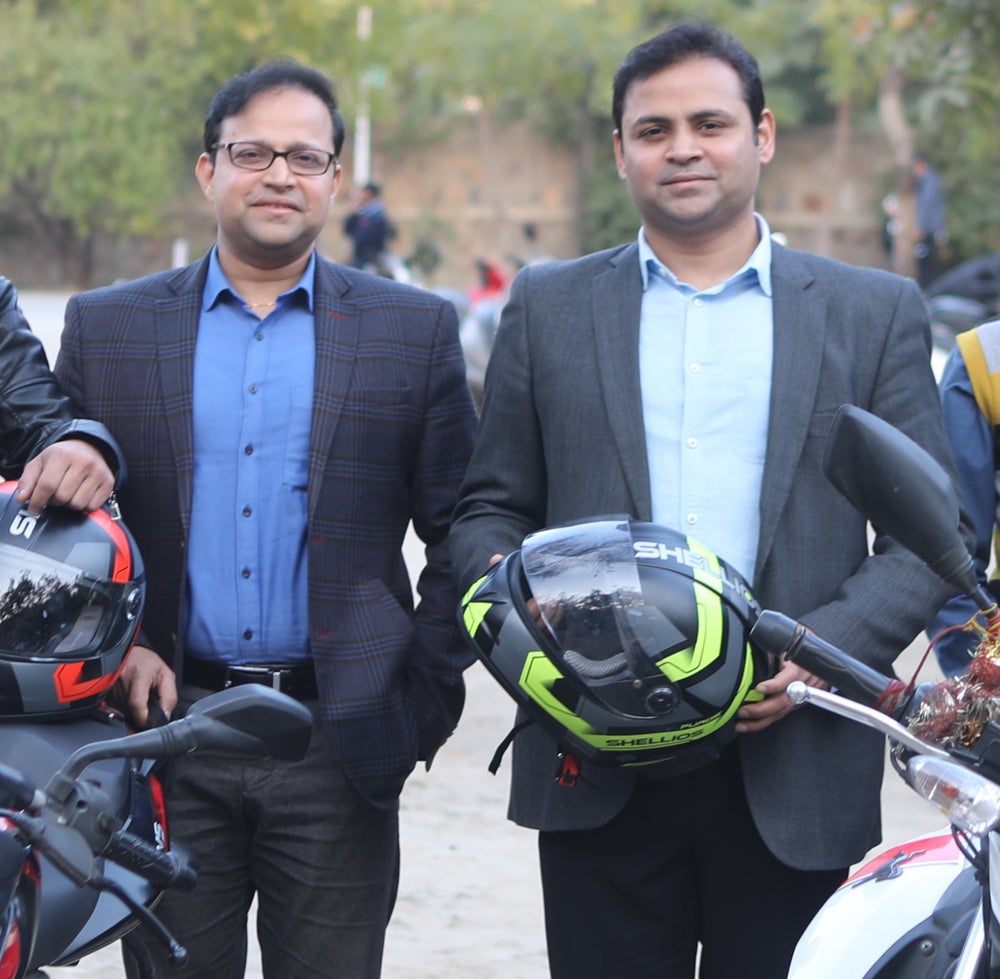 Anirudh Sharma, founder Graviky Labs, quotes his inspiration Buckminster Fuller, an American architect, author, designer, and inventor, "Pollution is nothing but the resources we are not harvesting. We allow them to disperse because we have been ignorant of their value." Graviky Labs convert air pollution into high-quality ink. "For us, we are looking at air pollution as a source that can be recycled," says Sharma. He further adds, "We are taking carbon from the air and making it into a hard-grade ink. Through this, we are hitting two birds with one stone as we are making industries that use ink as carbon negative and we are also taking away the pollutants from the air." 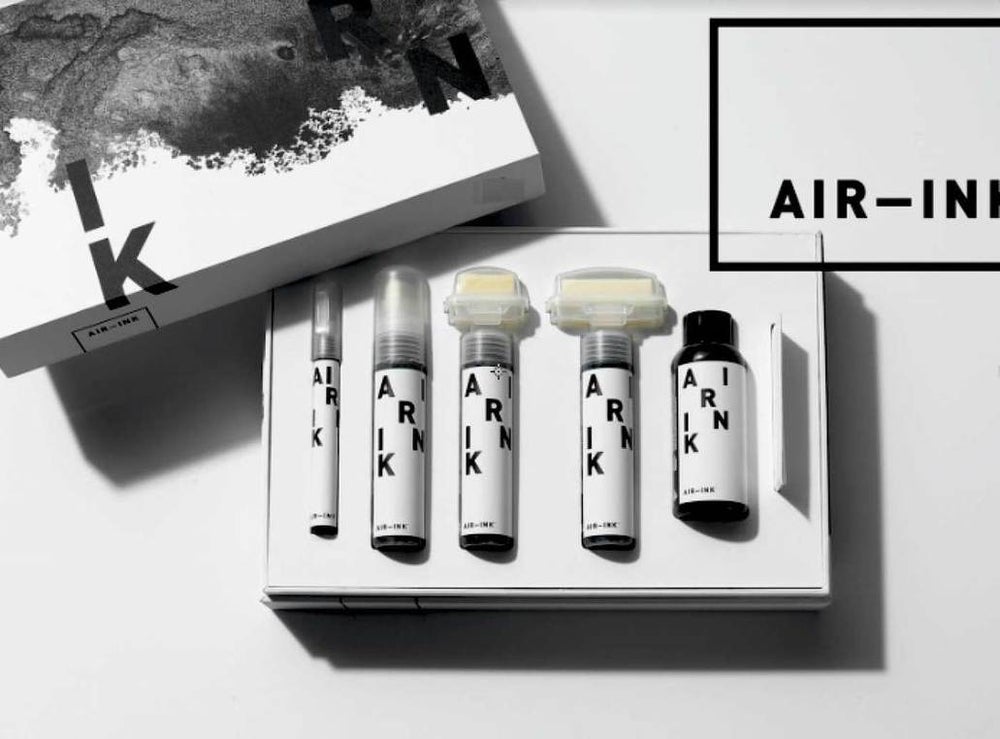 Sharma started Graviky Labs in 2012 when he was studying in Massachusetts Institute of Technology. Sharma says, "There is a need for entrepreneurs and scientist to look at waste as new raw material. This way no waste will exist."

We have reached an alarming stage where we can no longer ignore air pollution. Sustainable development is the only way forward for a healthy and happy tomorrow. "Air pollution is a huge problem and everyone needs to come together to solve it. There are multiple angles to it like policy, what start-ups are doing, what practices bigger companies are adopting as longer-term changes and what individuals are doing," says Sharma. Samantaray of Phoenix Robotix says we have started out our fight against air pollution late but now each one of us should try to be more conscious of the life choices that we are making. "Not burning crackers during Diwali, turning off your vehicles during red signals, using public transport as much as possible are some of the things that each one of us at the individual level should start doing." Mehta of Oizom believes we should stop the blame game and the attitude that one person cannot bring a change. "The mentality of the common people needs to change for any effective action and a big change to take place at a large scale," says Mehta.