Nithin Kamath and Nikhil Kamath started Zerodha in 2010 as a discount-brokerage firm that aimed to make F&O trading easier. Today, Zerodha is on its way to becoming an NBFC and is India's biggest stock brokering platform

By Aashika Jain
May 1, 2019
You're reading Entrepreneur India, an international franchise of Entrepreneur Media.

When you build a business for the love of it, the result is pure success. And when this successful business gets the backing of two brothers who are more partners in crime, it leads to supremacy.

The Bangalore-based brother duo Nithin Kamath and Nikhil Kamath started Zerodha for the love of business and their bonhomie can be seen sprinkled in every corner of the 3-storeyed lush office space far away from the hustle of everyday in India's tech capital. 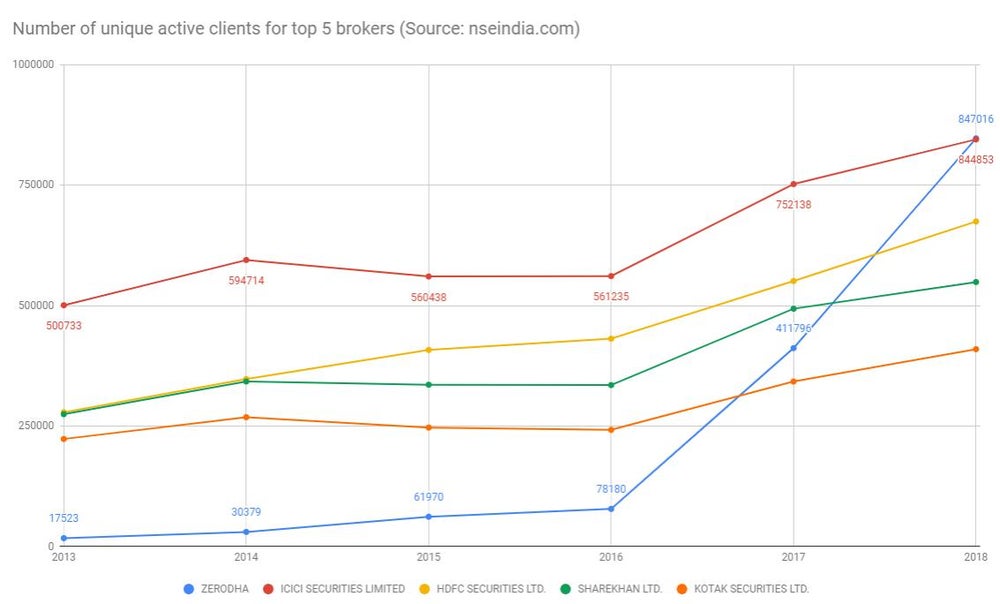 Nithin and Nikhil began the discount-brokering firm in 2010 as a white label platform for F&O traders at a very low cost. They slowly realized businesses can't be built for such a small community.

There have been multiple inflexion points during the company's 9-year long journey. One was starting the platform Kite – it was very different from what the world had seen, people liked it; second was introducing zero-brokerage in equity investing in 2015 and third was on boarding customers itself, the science behind how do you get customers.

"The edge we bring on the table is money is not the driver. A lot of times when I speak to the Bombay crowd who is our competitor, they say how you fight someone in business that is not in it for the money but for the love of it. None of the initiatives that we do is done with a focus on money; it is done with the help someone, do I enjoy doing it. Money has been incidental to the whole business," Nithin tells Entrepreneur India.

He credits Aadhaar for assisting in onboarding customers almost instantly. He is also grateful to Narendra Modi-led demonetization, something unheard of from mainstream businessmen.

"So, people had Aadhaar earlier but they didn't know how to use Aadhaar. Demonetization triggered people to make use of Aadhaar in real time. People kept money in the bank; markets did well, so automatically the money started moving to capital markets," explains Nithin. 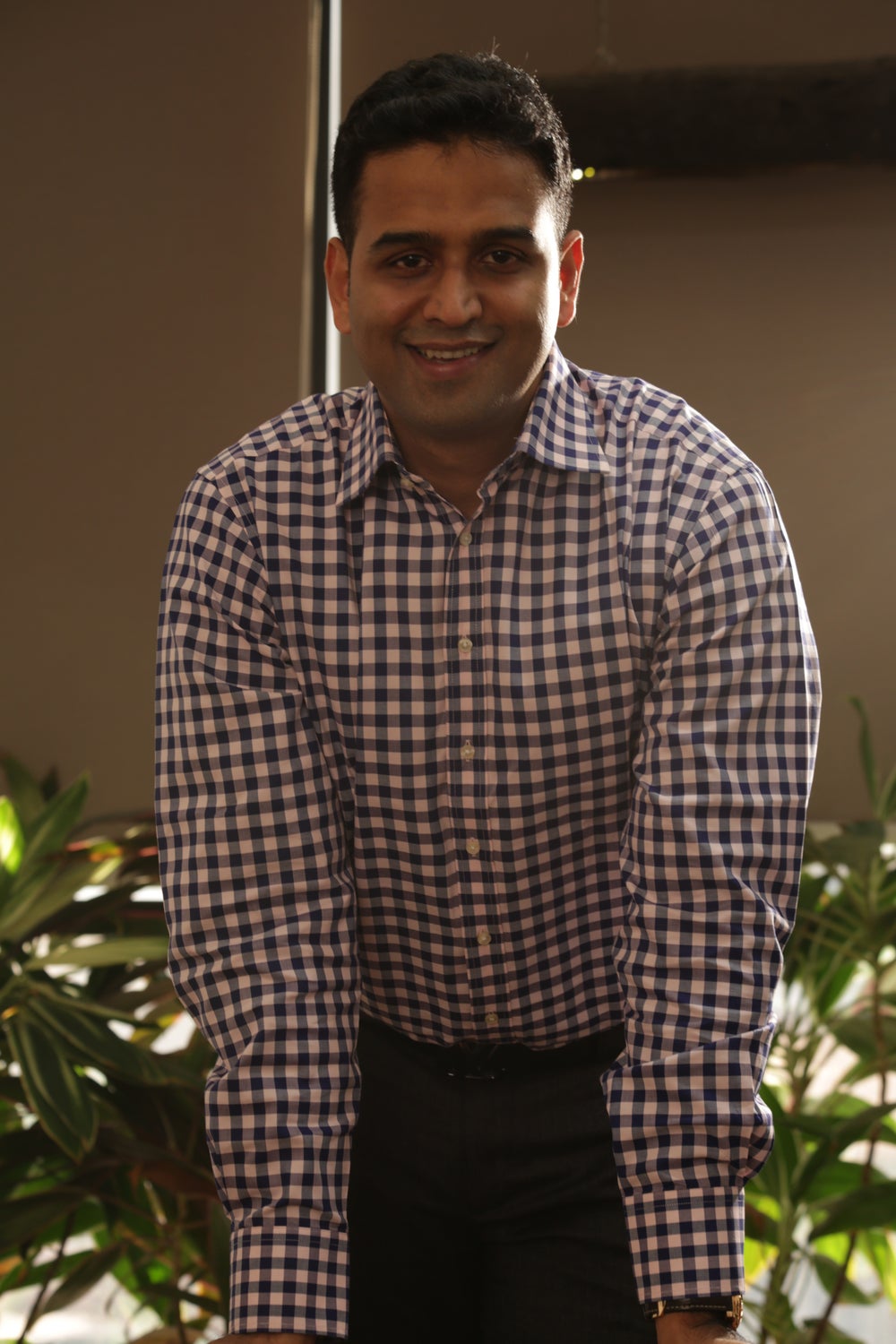 The Kamath brothers didn't even realize their stock brokering business is now ranked "Number One' till someone in the press wrote about it. "It's not something we were chasing down," says Nithin.

He explains that the problem that Zerodha is trying to solve today isn't about being Number 1 or maintaining the top slot among stock brokers.

"The problem we are trying to solve is how capital markets ecosystem can grow in India. In India, we are relying too much on foreign capital and if as a business we can somehow enable people to put money behind businesses in India, we can help this country grow and do our job," says Nithin. 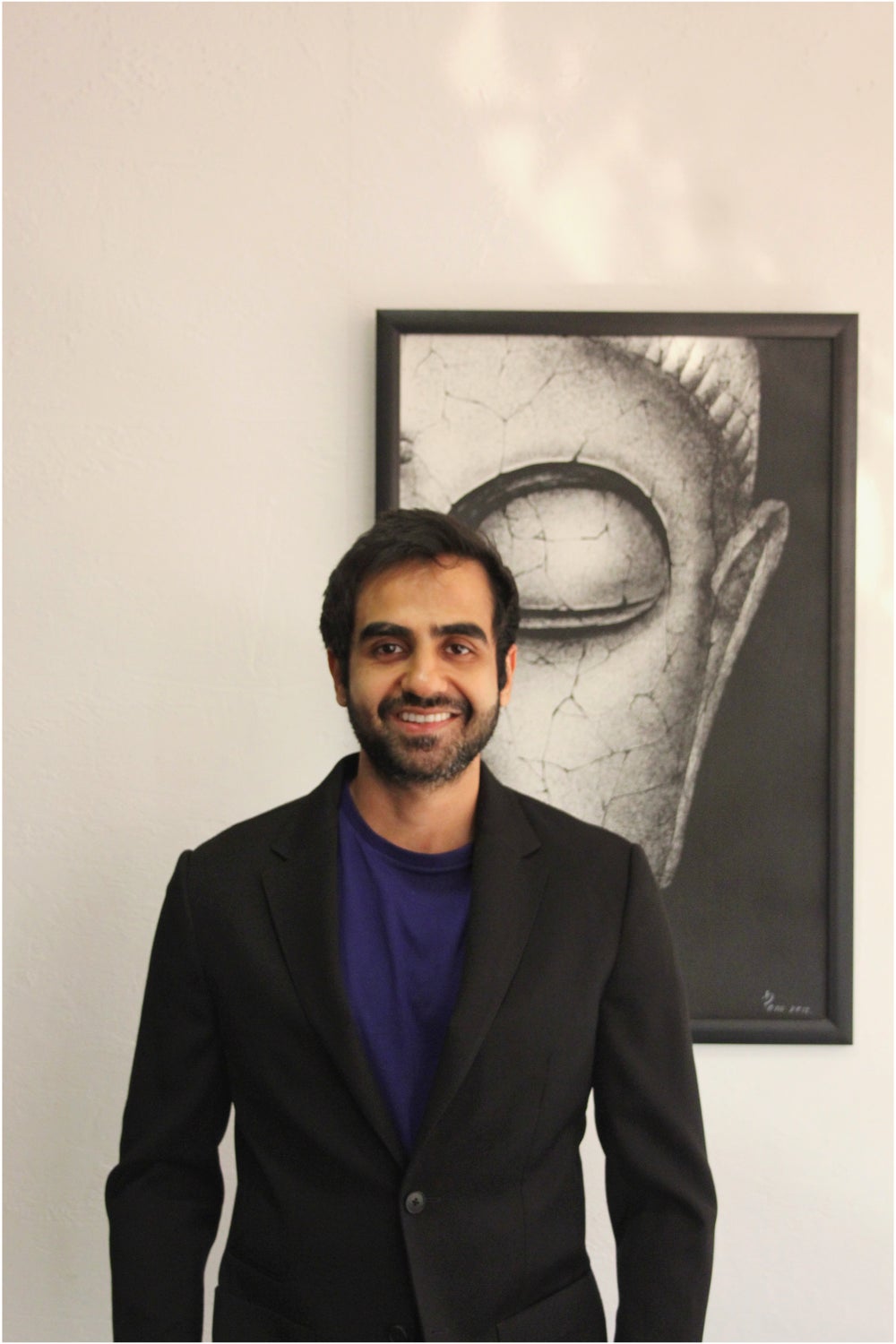 Their real challenge is how do get the next 20, 30, 40 million to participate in the capital markets ecosystem in some form or the other. Today, Zerodha is bringing more than 1 million customers.

"We have some credibility, there is organic growth. We are leveraging our position to achieve our goal of growing the ecosystem," says Nikhil.

He says with time, they realized long-term investment is something that needs to be encouraged. Zerodha doesn't make any money of long-term investors. But the idea is not to make money.

Nithin says the idea is to encourage long-term investment. "We know eventually when we have enough people investing through us; there will some ways to make money," says he.

In today's day and age, technology has made such a level-playing field that any person without any backing, for example we are bootstrapped and number 1, there are so many people who dream to be like us and can we like us helped by technology, believes Nithin.

A tech team of just 30 is steering a million clients, 10 per cent of daily retail trading volumes across the National Stock Exchange, the Bombay Stock Exchange and the Multi Commodity Exchange of India.

Second thing which is technology-led at Zerodha and is very interesting is the way in which Zerodha's fintech incubator has become more like Google Playstore. "When we started Rainmatter, we opened it as a bunch of APIs for startups to plug on. So think of us as an Android operating system, what we are doing at Rainmatter is like that of a Playstore," says Nithin.

The Kamaths decided to dole out some capital to tech businesses and have 9 startups that the incubator is helping grow.

"World is coming to a place where money isn't making more money. Zerodha has to be like the WhatsApp or the Uber for the capital markets," the Kamaths wish.