A Tribute to Indian and Gujarati Cuisine

Founded in 2017, TSK Hospitality is a brainchild of the passionate couple - celebrity chef Aanal Kotak and her husband Bhavik Kotak. The company is driven by the thought to offer unique, innovative and modern twist to the ancient Indian cuisine through its brands - The Secret Kitchen, Akshada and The Baking Couture Café.

By Amit Singh
September 30, 2019
Opinions expressed by Entrepreneur contributors are their own.
You're reading Entrepreneur India, an international franchise of Entrepreneur Media.

Not everyone has the courage to change a path once taken. Coming from a traditional Gujarati family, celebrity chef Aanal Kotak, Founder & MD, TSK Hospitality LLP, has traversed through quite a few challenges to win a tag of Youngest Cooking Expert of Gujarat and to fulfill her entrepreneurial aspirations. Aanal had to pursue fashion designing in order to fulfill her family's desires. However, driven by her aspirations and passion for Indian cuisine, Aanal turned the table around to establish a portfolio of critically-acclaimed and iconic brands – The Secret Kitchen, Akshada and The Baking Couture café. Starting her career as a humble fashion designer from NIFT, Aanal has transformed into a renowned chef, avid entrepreneur and a popular TV star. She has proved herself as a person who not only had the gumption to start anew, but surpassed all the boundaries of expectations.

Taking her entrepreneurial journey to the next level, Aanal has ambitious plans to expand across the country and globally. She is aggressively scouting for passionate partners to franchise The Secret Kitchen and Akshada fine-dine restaurants. Aanal further has plans to pursue PhD in Gujarati cuisine from Gujarat University.

Aanal's passion for food comes from the legacy and upbringing she had with her mother and "Nani.' A bizarre incident, when a cook didn't turn up at the family event and she had to cook for over 50 guests, fortified her confidence and determination to become a chef. However, she had to drop her ambitions under family pressure and opted for another creative field of fashion designing. The destiny took a turn when while pursuing fashion designing she got an opportunity to participate in a popular cookery show – Rasoi Show – by Colors Gujarati. "I could not qualify as I was just 19 and had little experience compared to expert cooks that were participating. Instead, I was offered to host the show. However, I didn't lose hope and tried again next year and was eventually recognized as the Youngest Chef of Gujarat. I was also selected as culinary expert for the show," recalls Aanal.

That's how the drive began for Aanal. Falling for people's demand to try her innovative and inquisitive recipes, Aanal began her entrepreneurial journey with The Secret Kitchen in 2017 in Vadodara. She was ably supported by her husband Bhavik Kotak. "The Secret Kitchen is my tribute to the grand Indian cuisine with a contemporary twist in a luxury fine-dine format. However, as much as I love experimenting with Indian flavours and spices, I love baking cakes. This driven me to open The Baking Couture café in 2017 offering breads with forgotten flavours and ancient baked dishes," she highlights.

A Gujarati to the core, Aanal went deeper into the Gujarati cuisine to explore regional delicacies and turned it into yet another culinary tribute, Akshada, in 2018. "Akshada is the first Gujarati fine-dine restaurant offering regional delicacies from Saurashtra, Kutch, Ahmedabad, North Gujarat and South Gujarat. It has heritage ambience with resemblance from Gujarati palaces, and menus printed on Gujarati fabric prints like Patola, Bandhej and Ajrakh. In addition, we are using hand-crafted brass and copper vessels and crockery," she adds. 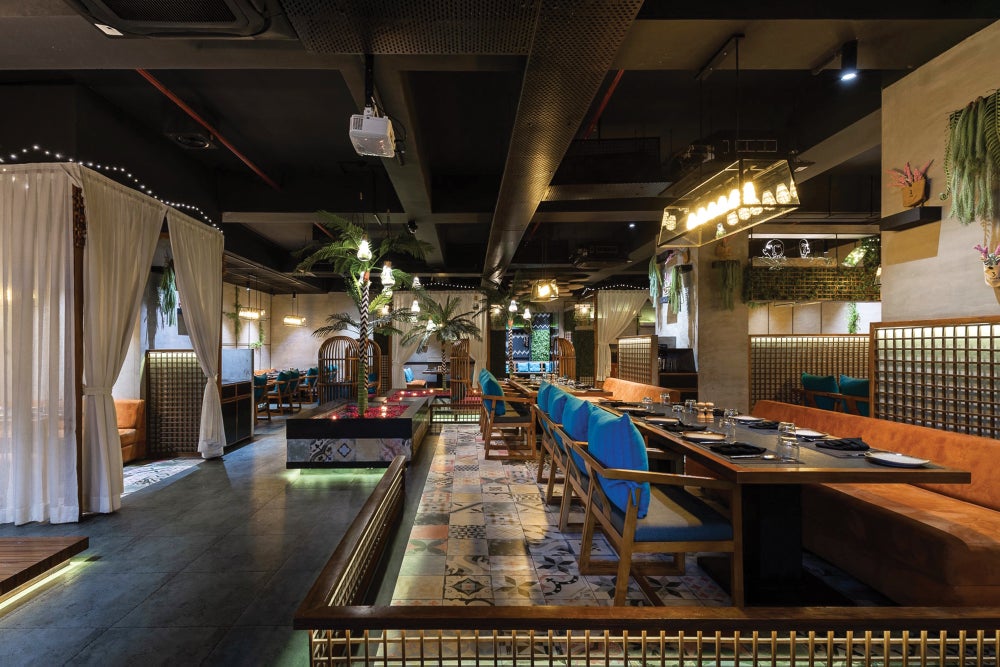 Aanal has proved industrious to the core and true innovator with strong portfolio of restaurant brands. With three outlets of The Secret Kitchen in Vadodara, Ahmedabad and Surat; Akshada in Ahmedabad; and The Baking Couture café in Vadodara, TSK Hospitality is reaching places. The company is foraying globally with its first outlet of The Secret Kitchen opening soon in Sydney, Australia. "With its combination of modern and ancient Indian cuisine, The Secret Kitchen has large potential to tantalize the taste buds of diners globally," states Aanal.

The company has ambitious plans to expand in India and internationally. It is looking for franchise partners for The Secret Kitchen at locations like Jaipur, Pune, Mumbai, Indore, Dubai, Melbourne, and the US. It has plans to expand Akshada across Gujarat, Rajasthan and metro cities. Further, it is offering The Baking Couture café franchises at global locations like Dubai, Melbourne, and the US; expansion in India will be under COCO format. "The Ahmedabad and Surat outlets of The Secret Kitchen are franchised, and we are getting tremendous response with the format. We are looking at opening 4-5 outlets of The Secret Kitchen over the next 2 years. We are going a bit slow with expansion as we are quite selective on the franchises."

The company is expecting passionate franchise owners who can devote full-time to offer a personalized approach and services.