Lifestyle Related Diseases On the Rise In India: Report

By Tahira Noor Khan
February 3, 2020
Opinions expressed by Entrepreneur contributors are their own.
You're reading Entrepreneur India, an international franchise of Entrepreneur Media.

Lifestyle related diseases such as diabetes, thyroid and hypertension are on the rise in India, and more women are unhealthier than men, according to GOQii India Fit Report 2020.

The report states that 62 per cent of its participants fall under either high risk or borderline on the high-risk assessment spectrum. A staggering 71 per cent of the women fall in the unhealthy category and young adults in the 19-30 age group have the unhealthiest habits and demonstrate a high propensity to be afflicted by lifestyle diseases. 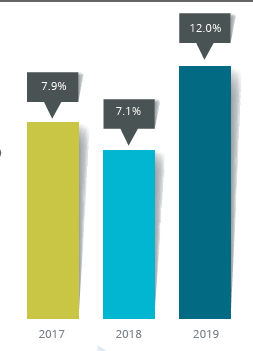 Rise in the levels of diabetes over the past three years. 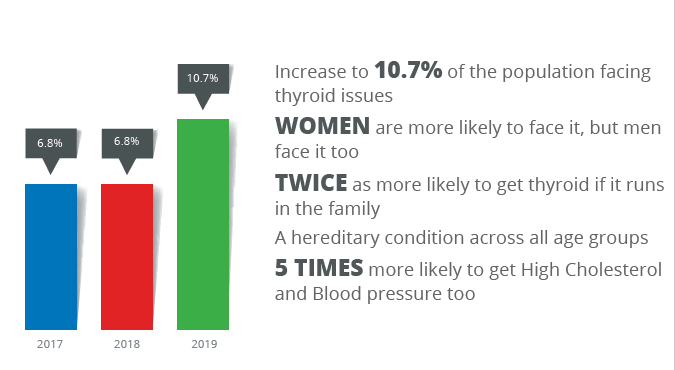 "At GOQii, our endeavour is to create awareness about preventive health while providing people a platform to improve their health and fitness and move a step ahead to increase India's average lifespan to 80 years and above," said Vishal Gondal, founder and CEO of GOQii, in a statement.

Healthy eating, physical activity and social engagement—which includes a happy family life—are the major factors that boost longevity, according to the report. The report surveyed ninety-year olds and centenarians to find out their secret of long life. The most preferred food choices by them included dairy, especially milk, curd and ghee.

"Our study indicates that people who report being happy and satisfied with their lives are more likely to enjoy a longer life span with good health and fewer long-term limiting health concerns. Bonding with family and friends appears to enhance health, and even increase longevity," said Gondal. 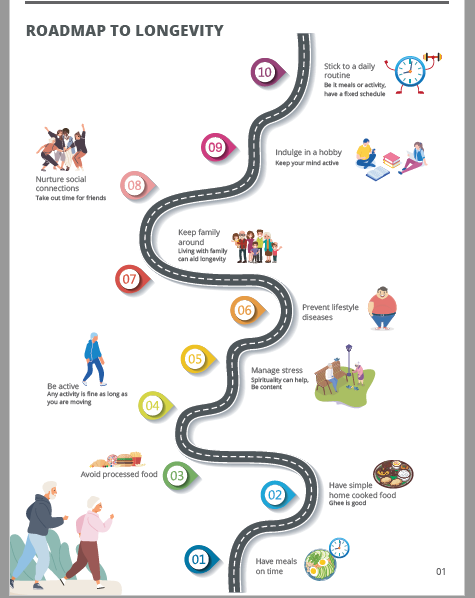 Chandigarh is healthiest while Kolkata is the most unhealthy

India Fit Report 2020 conducted a city-wise health analysis of 16 Indian cities in which Chandigarh emerged as the healthiest followed by Jaipur and Indore. Bangalore secured the fourth position and Hyedrabad seventh. Both Delhi and Mumbai performed poorly and secured 12th and 15th positions, respectively. Kolkata got the title of the "most unhealthiest city' and was placed at the 16th position.

"Kolkata has the largest aging population in the country and the highest incidence of lifestyle diseases such as diabetes, cholesterol, blood pressure and thyroid," states the report.

Also Read: All You Need To Know About The Ban on E-Cigarettes In India

The GOQii report has been prepared after surveying 16 cities in the country and data has been collected from a cross-section of 5 million GOQii app users. The study evaluated the health of users on the basis of the health risk assessment devised by the app.