Uncensored With Filmmaker Vivek Agnihotri on Who Killed Shashtri, Nepotism, and Kashmir Files

"Nobody has a problem if you promote your child, even they are incompetent or have no merit. But the problem comes when you destroy my career to protect your child's or your friend's career," said the award-winning director

His views are strong and uncensored. Loved by some, abominated by some, author, and filmmaker Vivek Agnihotri is many things. From receiving death threats, being physically attacked, critics giving his movie 'zero' star to gambling everything for his latest film, Agnihotri has chosen a path that not many would understand.

His latest film 'The Tashkent Files' gave a new perspective to the mysterious death of India's second prime minister, Lal Bahadur Shastri, and shed some light around the conspiracy of his assassination.

His prophetic cult film, "Buddha In A Traffic Jam' introduced many to the concept of Urban Naxalism. And now comes his book 'Who Killed Shashtri. Not bothered by what people think anymore, he is on a way to discover his truth. "Something will definitely happen if you speak the pure truth. The best way to test whether you are saying the truth or not - If you say something and people don't react then it's not the real truth. But if people start reacting then what you are saying has got an element of truth," he said.

In a real, raw, and unaltered conversation with Entrepreneur India, the award-winning filmmaker talks about everything from Shashtri's death, nepotism, Bollywood mafia to Kashmir Files. 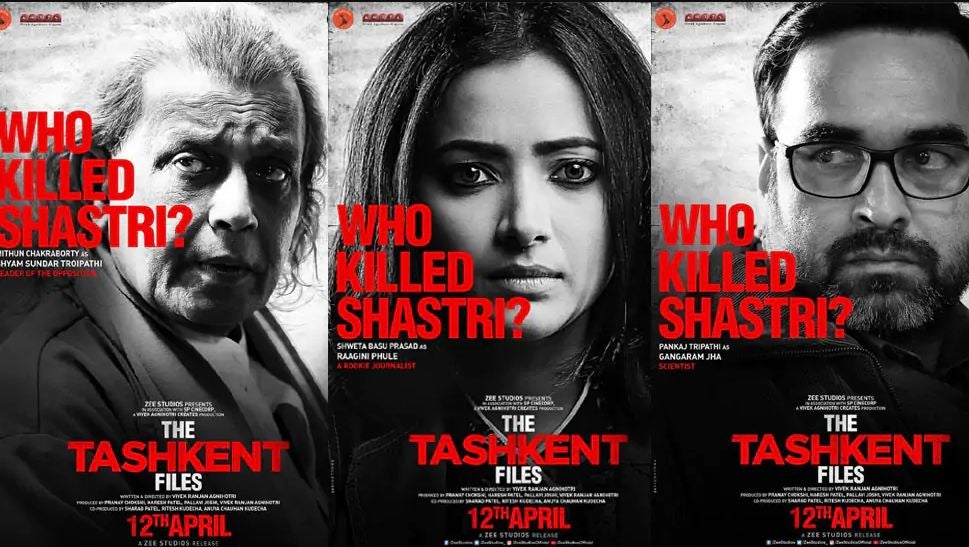 One in their lifetime, every Indian family has discussed Lal Bahadur Shastri's mysterious death. When 'The Tashkent Files' hit the screens it purely worked through word of mouth and did wonders on the box office. The film attracted ire of political groups but that didn't stop him from completing his vision.

"As an independent filmmaker, I can choose. For us making this movie wasn't a risk but a mission. For four years, we sacrificed everything we had. If this film wouldn't have worked, I would have gone back to my village," he said.

Since the time Agnihotri started picking social-political subjects, the journey has just got complex. "I have always had a problem releasing my films. When this movie was releasing I started getting notices from Congress party. I was like, 'He was Congress's Prime Minister, why are you sending me legal notices?' But people these days are outrageous, little crazy and illogical," he smiled. 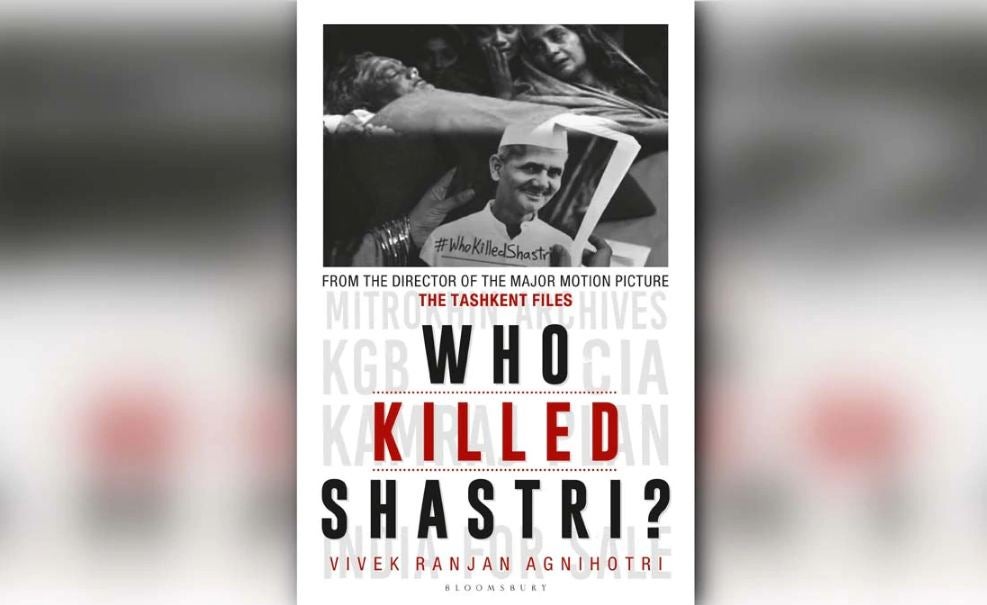 Agnihotri's book 'Who Killed Shashtri' by Bloomsbury India is beyond the title. His book is more about the first fundamental right of any citizen in a democracy to the right to truth. "In India, the documentation about Shahtri is a lot much, I don't know the reason. You get a lot about Nehru, Indira Gandhi but nothing about Shashtri, not even in his memorial," he highlights.

One day the filmmaker got so frustrated that he uploaded a video social media mentioning that he was crowdsourcing the information for the movie in whatever way possible. "You won't believe thousands of people wrote, my email crashed. That day I realised this film will work because people are connected with it. So when studios said no one cared about Shashtri, I knew it in heart people did," he smiled.

While the film focuses on one subject, he collected much insight and research that he knew people had to know. From genuine historic details, first-hand account details, Indian history from 1962's humiliating defeat of India by China to the imposition of emergency, the book is an account of India's political history at Priminstral Level during that period.

Why Shashtri as the Subject? 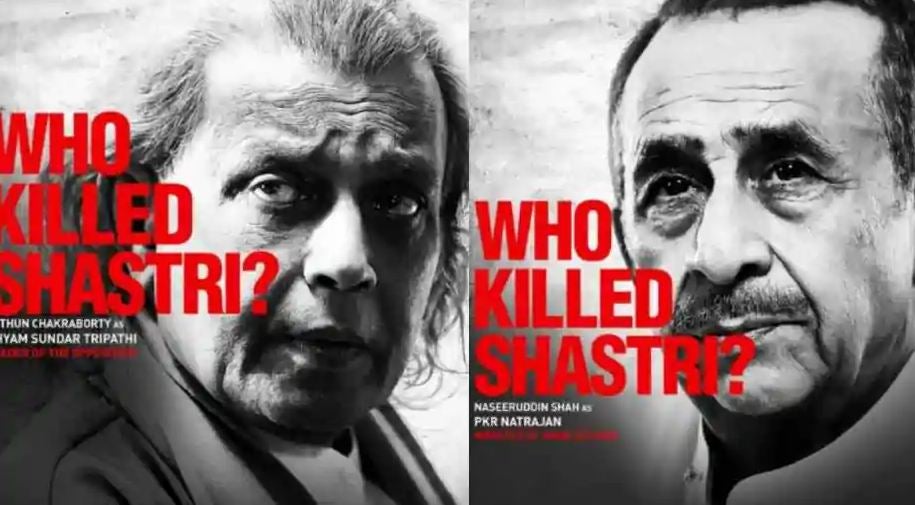 Picking pages from the history of India, Agnihotri highlights that the DNA of India is based on three things: Service, Sacrifice, and Spirituality, which no longer exists in India politics.

"In that environment, Shahstri sacrificed everything he had. When he died his family had to pay back the loan on one car he took. He possessed nothing, he had no money in his account when he died. He did farming himself, he spent most of his life in jail, no one talks about it, no one knows about it. He was the first economic reformer, started the green and atomic revolution in India. But no one talks about him because he wasn't a manipulative politician," he said.

Bollywood is certainly in the dark phase. The never-ending nepotism debate got stronger in the past couple of months. When asked about the same, he said, "Nobody has a problem if you promote your child, even they are incompetent or have no merit. It's fine, it's your child, your money. But the problem comes when you destroy my career to protect your child's or your friend's career. That is what's happening in Bollywood. You are the largest, biggest, flourishing production house. Stars instantly sign your movies and still, you want to destroy the career of likes of me, Kangana Ranaut, Sushant Singh Rajput, and others. That is what we are fighting against."

The Next Projects – On Path To Express Truth: 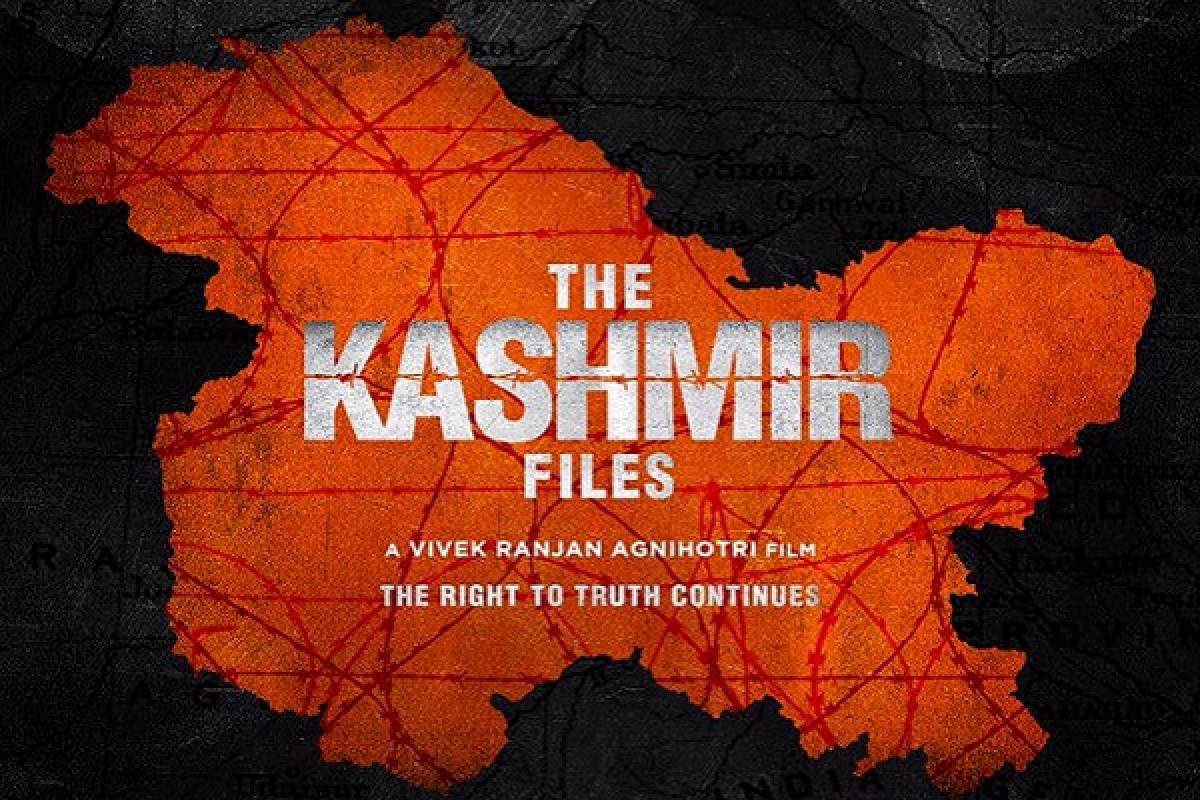 Agnihotri's next movies are yet revolving around sensitive topics that pits him against another potent group. "My next movie 'The Kashmir Files', is a difficult subject. This time I am not facing Congress, but Islamic Terrorism. And then in my next 'Operation Blue Star', I am going to face another set of people. When you make such projects, you know you are up against very mighty, vicious, and sinister people but somebody has to speak up and tell these stories or we will only know about is Akhbar, Humayun, and Babar. No one will know about contemporary history," he said.

The filmmaker is someone who believes in manifesting truth. But what is the absolute truth? How do you know what you are presenting is sincere?

"If I make Kashmir Files and people praise it. Then it means I am saying what people want to hear and not what should be told. You will always have a tough fight when you are expressing yourself and not impressing people. The path of truth is a lonely journey. Hence, I keep saying, 'Ekla Chalo Re', which means keep walking and never stop."