By S Shanthi
October 15, 2021
Opinions expressed by Entrepreneur contributors are their own.
You're reading Entrepreneur India, an international franchise of Entrepreneur Media.

As India's agritech startups look at resolving challenges in agriculture using technology, investor interest in the space has also been gradually increasing. Many leading investors such as Omnivore, Omidyar Network, Accel Partners, Arkam Ventures and Ankur Capital have been betting on entrepreneurs who are trying to bring big data, robotics, smart equipment and other technology into farming.

We are also seeing the rise of many agritech entrepreneurs from farming backgrounds. These women and men learn tech from prestigious institutions and go back to their roots to use the same in farming.

We, at Entrepreneur India, spoke to eight such entrepreneurs who have the best of both worlds. They know tech and they know farming.

As Jinesh Shah, Managing Partner, Omnivore, said, "Time and again, we have seen that entrepreneurs from an agricultural background have a knack for creating impactful innovations, disrupting traditional systems, and enabling stakeholders to leapfrog into a better future. Having seen the issues of the agriculture value chains up close, such individuals understand which problems to fix and the best way to do it."

Furthermore, he added, there is a mounting interest in the agritech space. Startups in India have raised $426 million across 38 deals between January to August 2021, over three times more than the same period last year. "It is evident that today investors and entrepreneurs alike are aware of the debilitating gaps in the system and the immense innovation potential," he said.

Here is what these entrepreneurs have to say about the edge they have over others. 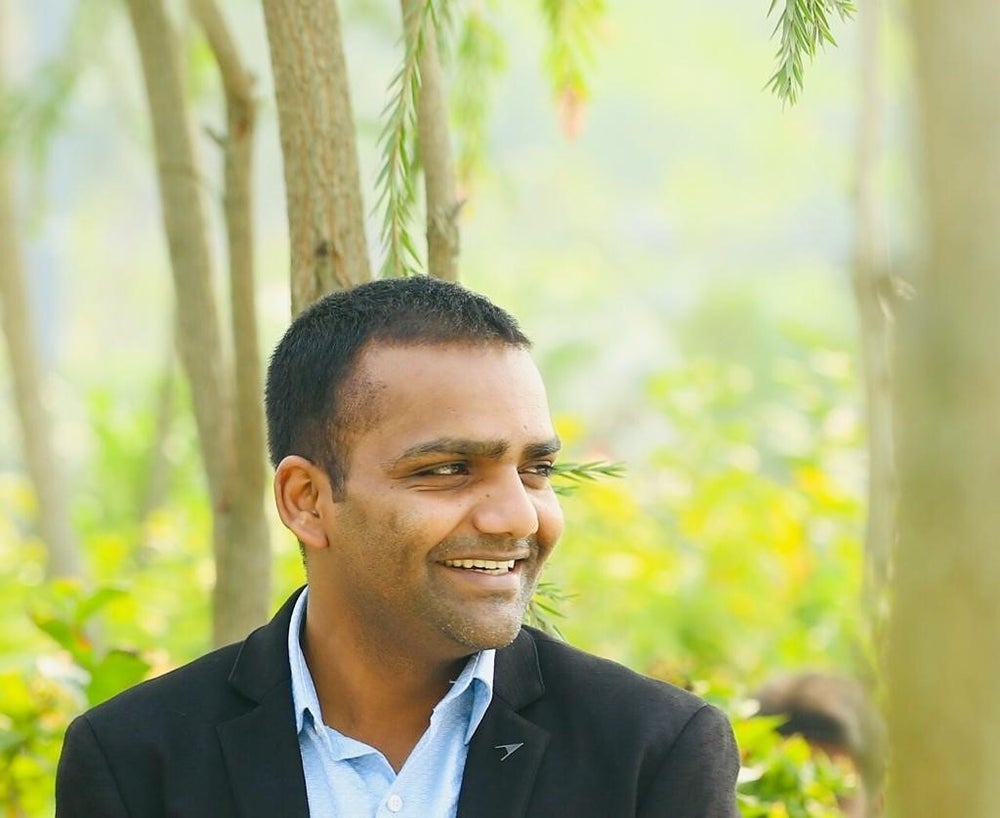 After studying B.Tech from Vellore Institute of Technology and M.Tech from Indian Institute Of Technology (IIIT), Bengaluru, Ananda Verma, went on to do what he always wanted to, that is farming. He started Fasal in 2018 to help farmers grow more and better using precision agriculture.

Verma comes from a family of farmers in Azamgarh, UP and is the first engineer in his family. His parents are farmers, who grew cauliflower and other vegetables.

"Anything that we build in Fasal is also a reflection of how we would have used it as farmers. We aren't just builders but also the users of our own product that gives us an edge in clearly defining product roadmap" he told us. 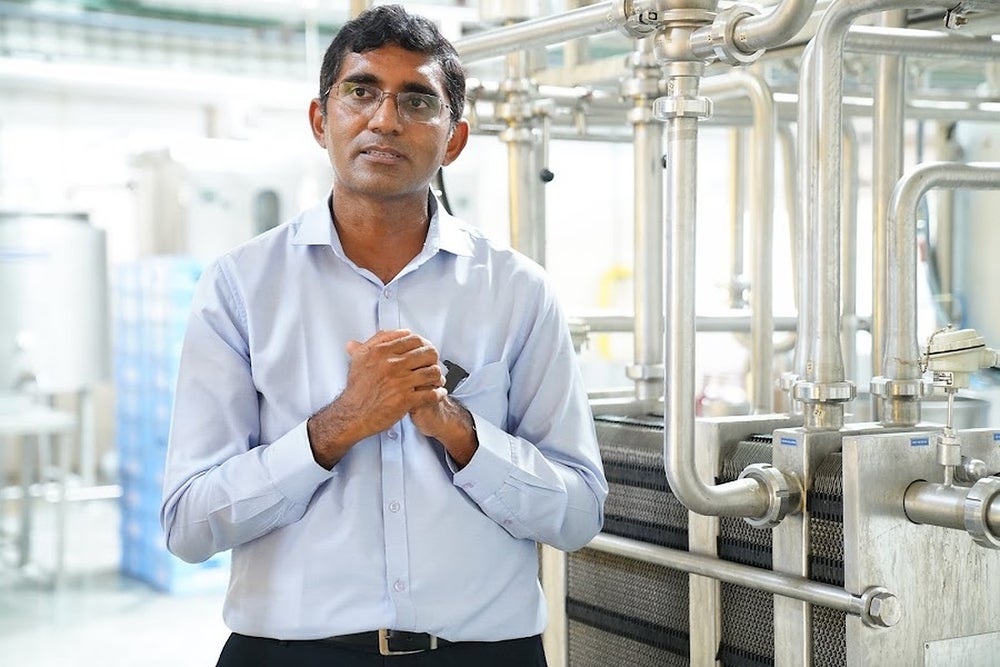 Kishore Indukuri was always familiar with farming and had an inclination towards it. But, he tried to look at things from a different perspective like bringing in technology, applying science and technology into dairy farming for better outcomes.

Since childhood, he always had the dream to do big things in life like going to IIT, moving to the US for higher studies, later joining the corporate sector but the urge to dream bigger was always there. The thought of trying something new brought him into entrepreneurship and that is how his entrepreneurship journey began with Sid's Farm.

"I think my family background in farming has helped me in this business as I was familiar with the ecosystem, though I did not have any expertise in it. My combined experiences from IIT, higher studies in the US & Corporate experience at Intel Corporation helped me to push further and try the entrepreneurial path," he said. 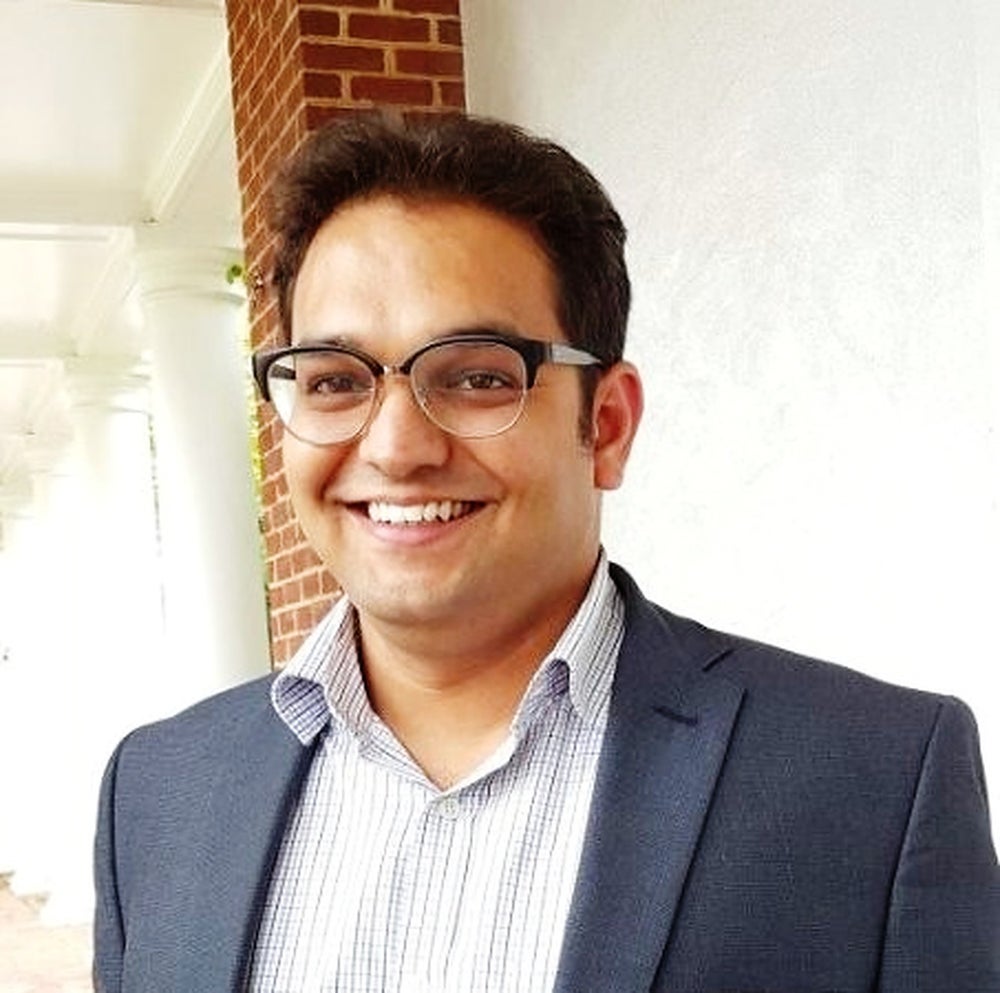 "Technology is about finding solutions which allow you to create and deploy scalable solutions. Knowing tech gives you a macro view of the challenges and you can then develop relevant tech to solve the underlying problems. Coming from a farmer background, I have been able to identify the problems in the agri value chain at an early age and with my educational background I have been able to provide solutions through Bijak by digitizing and organizing the agro procurement market through a single platform," Nukul Upadhye, co-founder and CEO, Bijak said.

Upadhye was born in Dhar, a small city in Madhya Pradesh. His grandfather and father were involved in the agriculture sector through the farming of soybean and wheat since the beginning. He had seen the agriculture industry from close since his childhood which helped him identify the loopholes easily.

After spending some years in the industry, post his civil engineering from BITS Pilani and MBA from the University of Virginia Darden School of Business, he wanted to do something more meaningful for himself. "Given my agricultural background, I decided to leverage my knowledge in the agritech sector which led to the evolution of Bijak allowing me to create an impact in the industry, " he said. 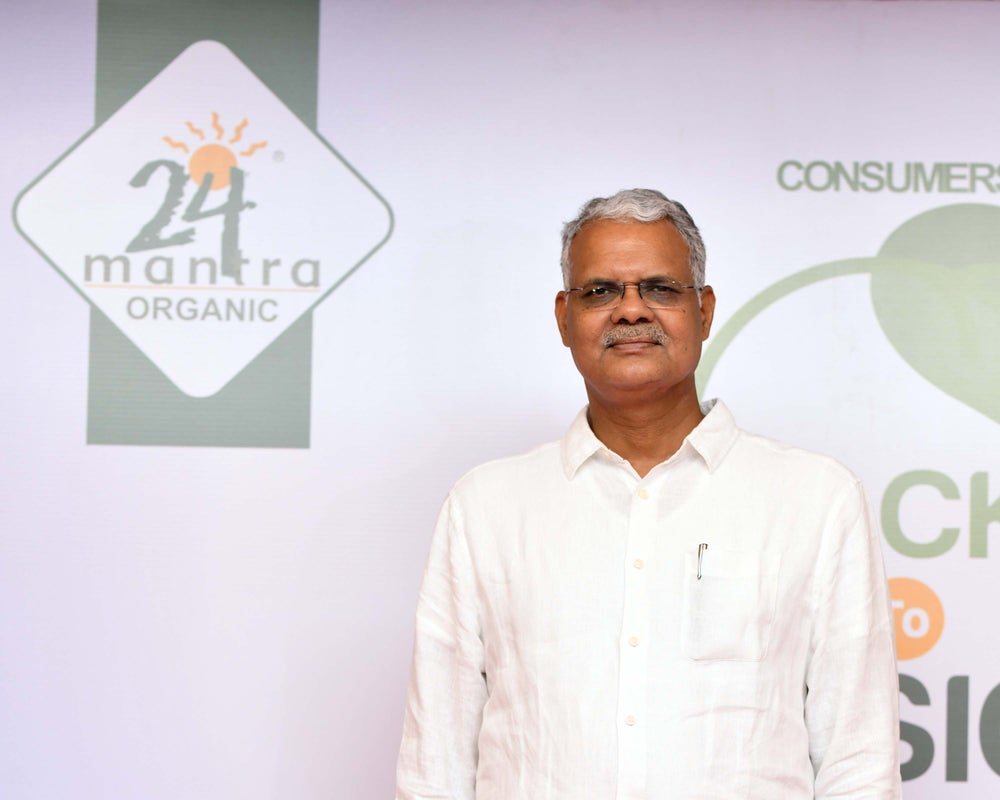 Coming from an agricultural family gave Raj Seelam exposure to farming issues and rural social dynamics early in life. He continued to be connected with his farm and village during his school and college days as well. This helped him to see the changes over a period of time.

"I was a bit fortunate to study in Hyderabad as my village was about 60 km from the city. But we would spend our holidays in my village and go to the fields regularly. I also decided to pursue my passion in agriculture by doing a BSc in agriculture and later doing my MBA (IIMA) specializing in agri-business Management. While working with an agri-input company I realized that high use of fertilizers and pesticides led farmers into a debt trap and some of them take the unfortunate step of suicide to escape the crushing burden," he said.

He also started noticing monocropping and other ills of modern agriculture on the Ecology. This led him to start Sresta Natural Bioproducts (24 Mantra) in 2004 to provide solutions for sustainable livelihood for farmers, good, pure, uncontaminated food for consumers, and help improve the ecology through Organic farming. "I realized at an early stage that we should use technology in tune with nature and information technology to deliver solutions," he said. 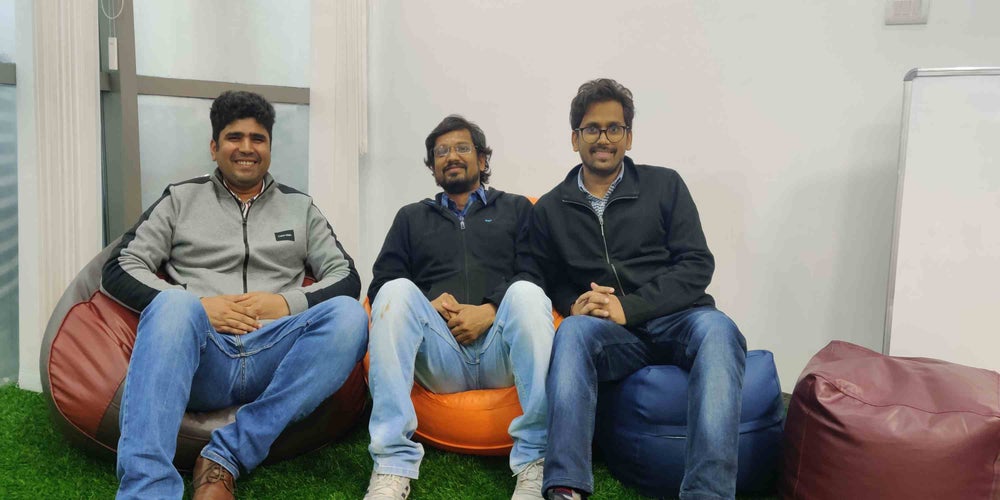 Apart from many other similarities, one common thing that Rajesh Ranjan, Manish Agarwal and Avinash Kumar share is they come from different farmer's families in Bihar and Jharkhand and all of them have a technology background.

Coming from farmers' families the founders had experienced the challenges first-hand and thus have an original perspective of the same. "Building a digital platform like this required a lot of original thinking, a clear understanding of the TG along with deep tech knowledge. Probably that is the reason why we have been able to build a unique platform that allows farmers to connect, network, trade and exchange information," said Agarwal. Krishify serves farmers at all stages of their lifecycle from cropping to dairy. 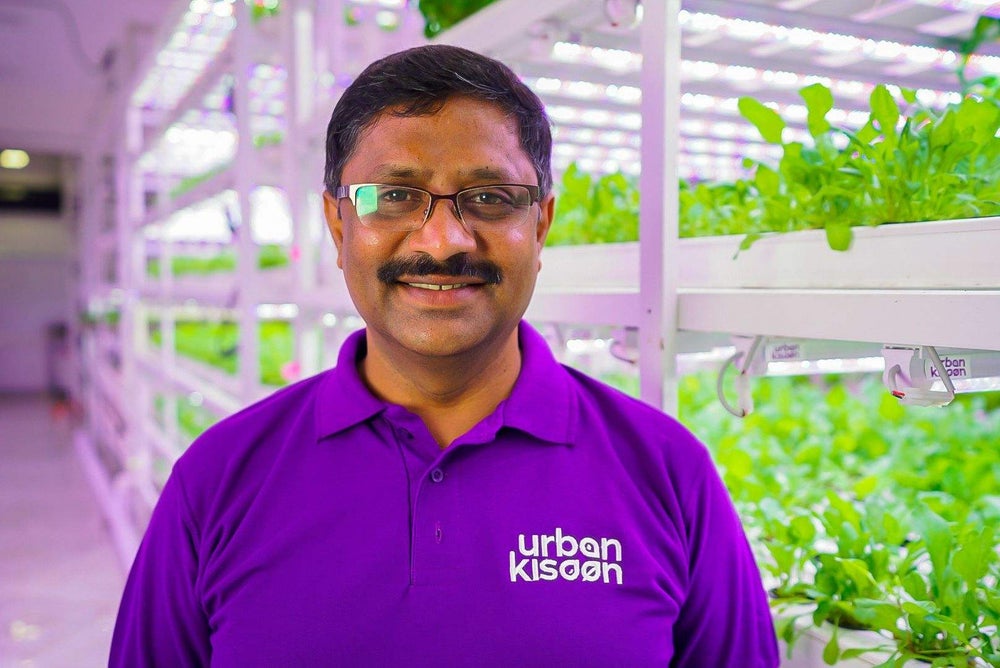 Sairam Reddy Palicherla's father is a farmer who continues to cultivate paddy fields. Born and brought up in a village, Palicherla was scouting for suitable technology from his childhood days to make agriculture simple. Mechanization, automation, and data-driven simplified knowledge are the areas he is currently working on and has achieved higher yields with sustainable and safer agronomy.

Until he completed my graduation, he used to work in paddy fields, helping his father. His love for plants led him to do post-graduation and Ph.D. in Plant Sciences. He then continued his research at the Indian Institute of Science, Bengaluru and later pursued his post-doctoral training at the University of Delaware, the USA in the field of advanced genetics.

Today, he is putting all his learnings to where he came from, that is, solving the issue of water scarcity and pollution in farming. "As the lakes, the other water bodies, and the agriculture fields are badly polluted by the industrial effluents and urban sewerage waters, the food that is being produced in the suburban areas is becoming unsafe across the world. Since the soilless farming uses no soil and requires only a fraction of water, I saw that as an opportunity and the idea of UrbanKisaan emerged," he said. 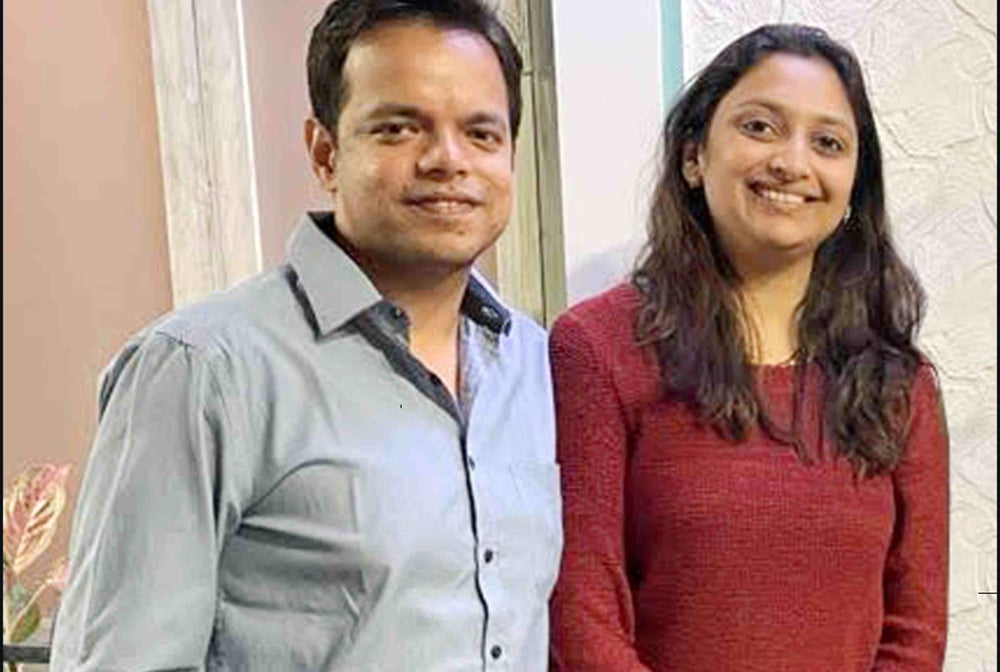 Sai Gole met her cofounder Siddharth Dialani at IIT Madras. "At IIT Madras, we have this unique concept of Centre for Innovation (CFI). Here hundreds of students come together and work on really innovative projects like robotics, automation, satellites, etc. I was the Student Head of CFI and Sai was the core team member," said Dialani.

As Gole was from a family that was into farming for more than two decades in Maharashtra, during one core team meeting she explained others that her family farm hasn't been profitable for more than a decade due to a lack of basic knowledge around agriculture science.

That's when he and Gole thought of combining their experience at CFI and her experience at the farm to develop a solution for Indian farms that will help them be profitable using technology. That's what pushed us to start BharatAgri.

"Since I didn't have any agriculture knowledge, I applied for some agriculture courses in Israel and got selected. Spent some time there, completed the courses and came back to India. Before starting BharatAgri, we stayed on the farm for around a year, did farming ourselves and conceptualized BharatAgri," he said.

"Being from a farming family and knowing tech definitely gives an edge. If one doesn't have a farming background, they must do some courses and spend some time with prospective customers. That definitely helps," he said. 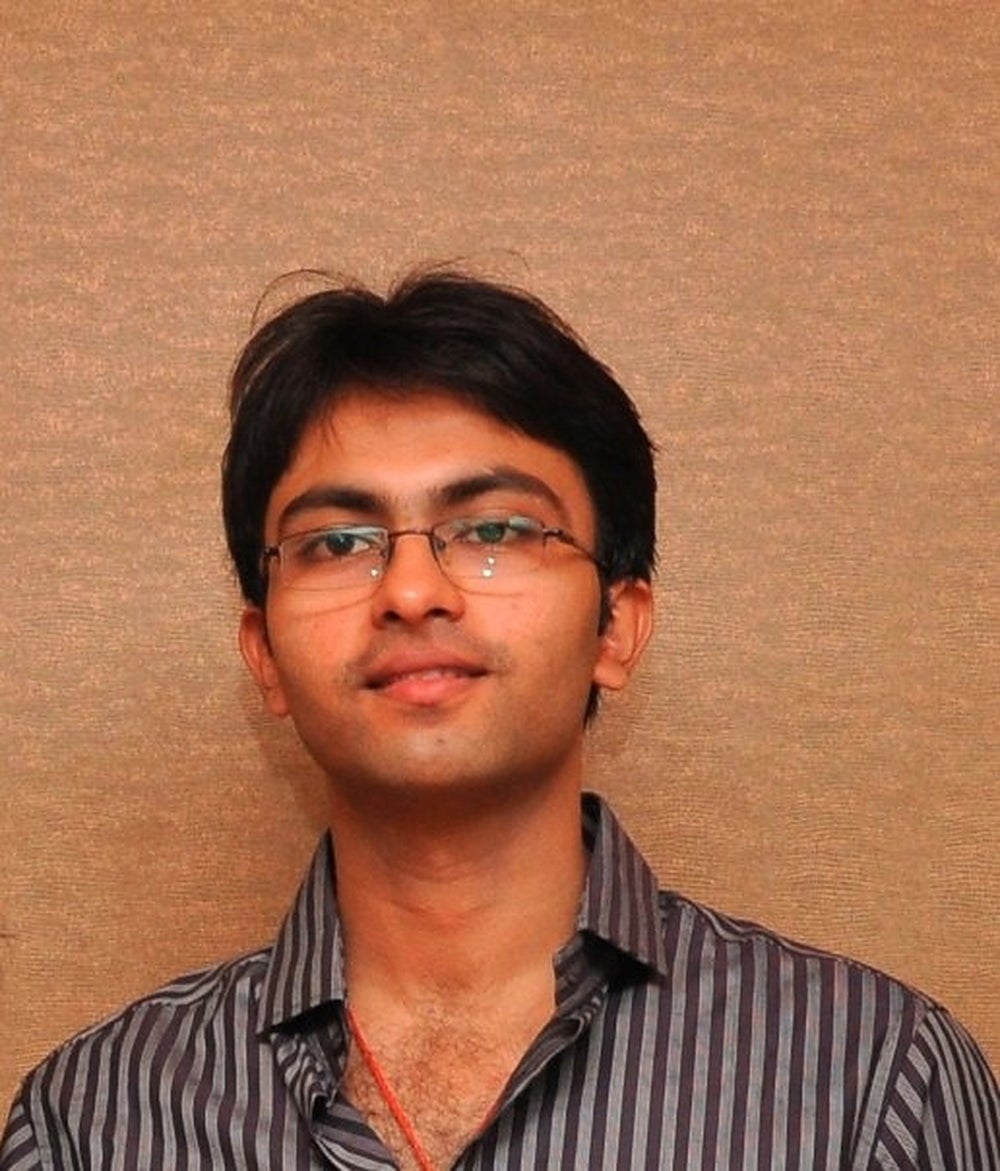 Shashank Kumar hails from a farmer's family. Early on, he understood the challenges in the space and was determined to bridge the business gaps using tech. He thus went on to do his graduation from IIT-Delhi. Then he joined an organization to get hands-on experience in the supply chain space.

Once he was confident about his knowledge about the space, he went to leverage the same along with the tech knowledge that he gained in IIT to strengthen the broken agri link. Thus, he started Dehaat in 2012 and was later joined by other cofounders with similar visions and backgrounds. DeHaat connects farmers to suppliers and buyers on a single platform.

"Being from a rural background, it always helped us to correlate easily with the farmers' pain points as well as their behavioral aspects and that how we could design DeHaat as a full-stack platform with a farmers-first approach," he said.

"Besides, in our case - we have a bottom-up journey so far which was started from ground zero and meeting farmers in person and staying closer to their farm gate quite a few years ago. Our rural background brought strong resilience for an ambitious mission DeHaat has been up to which is aggregating 30 million Indian farmers through tech-enabled last-mile network," he added.