Though other countries have made significant developments to become a leading global innovation technology hub, the U.S. and China have the most potential for leading edge advances,

As technological advances are growing across the world, many tech companies are racing to capture new opportunities in this sector. Today, technology has captured the attention of all sectors and countries of the world because this seems to be the need for every country. Though other countries have made significant developments to become a leading global innovation technology hub, the U.S. and China have the most potential for leading edge advances, according to KPMG Technology Innovation Survey, November 2016. 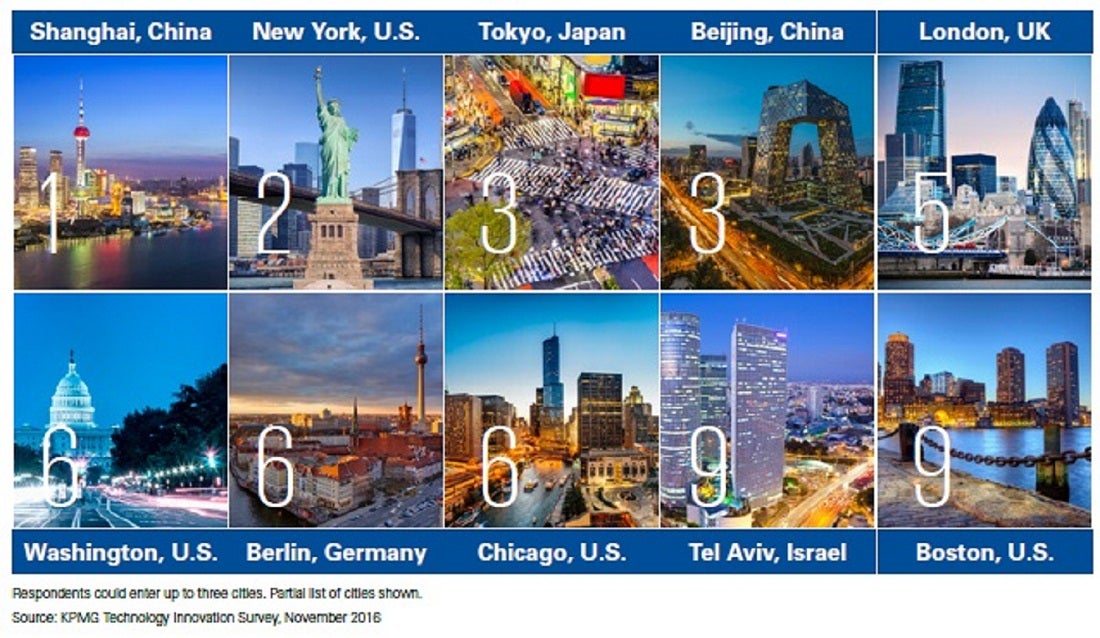 Talking about the global innovation hubs, Shanghai was selected as a leading hub with 26 percent showing contrasted with 21 percent for the capital city, Beijing. While last year, the country had shown 17 percent potential, this year Shanghai is ranked first overall in the survey. Shanghai has grown significantly in the last 50 years, establishing itself as an international friendly destination for innovation.

Shanghai was followed by New York, Tokyo, Beijing, London, Washington D.C., Berlin, Chicago, Tel Aviv, and Boston. As tech innovations unfold, China is stacking up to the United States as a leading force. The survey clearly indicates that the United States and China have the greatest potential to develop disruptive technology breakthroughs that will have a global impact. A number of Chinese tech giants like Alibaba and Tencent have already entered the global market and are planning to target startups for acquisition and investment.

The survey stated that Shanghai is bound to remain at the top position in the world's leading innovation hub category because of its growing base of digital media and entertainment companies and a more pleasurable lifestyle and favorable climate drawing top talent.

The second ranking was given to New York. The New York City is already popular for being a hub for digital media, advertising, and all sort of tech startups. New York's city Silicon Alley got 23 percent of votes, up from 19 percent previously. The New York City is welcoming startups in digital media and e-commerce while tech companies such as Google have set up their bases in Manhattan. In the United States, many other cities like Washington D.C, Chicago, and Boston are leading in the global technology industry ecosystem.

Tokyo was ranked third in this year's survey by 21 percent votes. It serves as headquarter to many notable companies like Toshiba and Sony. No doubt, Japan is an attractive venue for technology companies with Japanese government eyeing automation for upcoming Tokyo Olympics 2020.The Tokyo government is also investing $330 million over the next five years to produce hydrogen and fuel-cell powered vehicles ready in time for the games.

Berlin was selected on the basis of 10 percent votes this year, up from 5 percent previous year. The capital city of Germany has developed into one of the world's leading innovation hubs with a dynamic entrepreneurial culture. As Berlin moves up tech rankings with highly skilled and educated workforce, it will be interesting to see in near future if this country can beat China and U.S to become the number one tech hub in the world.Berlin-headquartered music streaming company SoundCloud was originally set up in Stockholm but moved to the Berlin later and took off.