Who doesn't want to own a car? The thought of being able to go for a long drive at one's whim or go office with their colleagues, beating everyday blues is unquestionable. However, the amount of money one has to shell for maintaining a car even after spending lakhs to buy new/reused wheels only quashes one's dream of owning a car. Servicing a car is considered one of the major expenses a car owner has to bear, which rightly syncs with a popular Bengali say - Gadi kena mane hathi posha - (Buying a car is like feeding an elephant).

Even if you keep aside the cost incurred for maintaining a vehicle, the struggle to find a high tech service centre or get your car checked by experts is another woe of car owners. To address this issue, Mihir Mohan founded Pitstop in 2015.

In an interaction with Entrepreneur India, Mohan shares how he is trying his part to organize this highly under stressed and unorganized sector.

Mohan, who graduated from IIT Kanpur and worked for 13 years mastering different roles in various companies, observed carefully the plight of car owners. In his own words, "A common experience that all car owners face is we give our car for service and when we are in the middle of work the mechanic calls and says some part is damaged and needs replacement. We ask for the quote and try to bargain. Finally, we give in and say go ahead."

However, when the owner visits the service centre to collect their car is handed a bloated bill which he fails to comprehend. Helpless, the owner ends up paying the bill and prays that he never visits the same garage.

"When I saw a void in the expectations vs reality scenario, I realised that like every industry with a high level of unorganised sector play, the car service, repair and maintenance industry too needs a fresh outlook. And that's how Pitstop was born, in June 2015," he added.

What Is Pitstop Doing?

Bengaluru-based Pitstop aims to address the massive gap in the four-wheel service industry where around 8500 branded and authorized service centers exist to cater millions of cars. Pitstop works with existing local multi-brand workshops by reskilling, training, and giving access to state-of-the-art equipment and OEM spares. Pitstop aims to bring transparency, accountability, and convenience. Currently, Pitstop service is available in 15 Indian cities including Bangalore, Hyderabad, Mumbai, NCR, Pune, Kolkata, Agra and Patna. Pitstop has a mobile application which the car owners can simply install in their smartphone devices and book an appointment in a high-tech garage nearby. 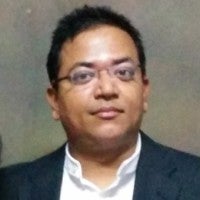 The firm boasts of providing upfront pricing, automatic diagnostics, real-time updates and service warranty. The platform based on the car's requirement segregates its services into home service or garage service.

"When we finish regular service and maintenance at the home of the customer, we are saving time and money for the car owner while keeping the service bays at the garages free for more complex repair and maintenance," he added.

The start-up has till date raised $6.2 million including $2.5m Series A in 2020 and competes against Go Mechanic.

According to Mohan even after adding new age multi-branded service garages on top of company specific authorised service centres, car owners are left in lurch to find a well-trained mechanic to fix their cars, compelling them to rely on neighbourhood garages, where most of the workers are ill trained, and have no access to genuine parts.

"While the authorised service centres are over-burdened and therefore focus on replace-over-repair, the unorganised sector lacks the professional training needed to service the hi-tech cars of today," he added.

The year 2020 was a grim year. The outbreak of the contagious virus swept the development of the entire world. Though, even during these tough times, startups were quick to respond as they anticipated the colossal impact the outbreak would make after observing Italy and China. Apart from going digital, few of the startups pivoted their business models. Joining the bandwagon to tide over the crisis, Pitstop which earlier followed the B2B business model, pivoted to B2C model to ensure customer safety and minimise physical contact.

The company in the past eight months has grown at an average of 40 per cent in terms of customer base every month and is averaging at around INR 2.5 crore revenues per month.

The company till date has served close to 3,00,000 orders. Mohan noted that the early adopters of their services were not in fact IT crowd, but were residents of gated communities.

Sharing his future plans, Mohan said that Pitstop is working on a platform approach where the aftersales industry can interface and collaborate. " In most developed markets, the after sales and service market is highly organised as well as authorised by the OEMs," he added. Another front where Mohan is contemplating is to tie-up with car insurance agencies. The company in the coming years will also open its operations in five new locations.