A Senior-Care Franchisee Draws on His Own Experience

After a brain injury left him disoriented and forgetful, a former small-business owner finds clarity in cooking.

By Jason Daley
March 22, 2011
This story appears in the April 2011 issue of Entrepreneur. Subscribe » 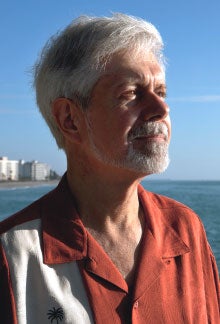 When Richard Rogers switched on the reconditioned gas oven in the back of Mary's Flowers and Pastries in Morehead City, N.C., in 1995, he was anticipating the start of a whole new life. It was the grand opening for the restaurant and bakery portion of the flower and gift shop he and his wife, Mary, had opened a few months before. He definitely got a new life--just not what he expected. As he kneaded out the dough for his Danishes, the oven exploded, hitting Rogers with a massive concussion wave.

He initially skipped the hospital, but over the next few days and months his mind deteriorated. He'd forget his wife's name or fail to put carrots in carrot cake. His appetite evaporated, and over three months he lost 60 pounds. "The neurologist told me I'd had a major concussion, and the shock wave caused nerve damage," he says. "It was like having a stroke. When someone asked a question, I'd have the answer on the tip of my tongue, but I couldn't get it out."

The doctors gave up on any substantial recovery, but Rogers' support group did not. One of his friends forced him to eat a big bowl of steel-cut oatmeal every morning. Others introduced him to craniosacral therapy. His best friend, Billy, became his designated driver. Slowly, his cognition improved, but most important, Rogers found ways to cope with his problems, primarily by learning to be methodical and follow detailed lists.

Though the restaurant didn't last--the double whammy of hurricanes Bertha and Frances in 1996 forced the Rogerses to close shop--the couple eventually found their niche after relocating to Venice, Fla., in 2001.

They opened a ComForcare Senior Services franchise in 2008, drawing on their personal experience with traumatic brain injury. Rogers also wrote a memoir and cookbook based on his problems, which he talks about during cooking demonstrations he gives around the region.

"My injury makes me much more empathetic with people," he says. "When I volunteered with people with memory problems and Alzheimer's in my younger life, I had a different feeling about it. I couldn't quite appreciate what they were going through until I experienced it."

Why did you invest in a franchise?
I tried working at different jobs, but I had difficulty learning new systems well with my memory and cognition problems. When my parents needed home care, we contacted an agency. After the interview the representative said to me, "There's a need for home care in Florida, and you're too young to be retired." I talked to a friend and he said to look into franchising. You don't have to start from scratch--the business model is there with everything in place.

Did you ever doubt your ability to start another business?
I like challenge, it keeps me going. It's what I missed while I wasn't working. I had to learn a lot and it challenged me a lot. But people around me noticed an improvement in my cognition.

How has your experience influenced your business?
We encourage clients to do as much as they can for themselves. We don't want our caregivers coming and taking over their lives. That's what happened to me--people were supportive but let me work things out on my own.

Has your cooking experience influenced your franchise?
No matter how a meal turns out, it's a vehicle to bring people together. The purpose of cooking is not just eating. I tell our caregivers to sit and have lunch with our clients. I tell them to treat them like their own grandparents, to engage them in conversation. People eating home alone are not eating properly.

What's this we hear about a cookbook?
Scrambled Brains is derived from what happened to me. After the accident, I developed a system for cooking that is heavily scripted--it tells you to turn on the stove, get out the utensils and measure out the ingredients ahead of time. It helps you focus on one thing instead of multi-tasking. I give lectures and cooking demonstrations to groups with cognitive problems, and even then sometimes I forget an ingredient. The audience usually helps me out, though.