The social-networking giant joins the International Franchise Association, with plans to appear at the trade group's annual meeting. 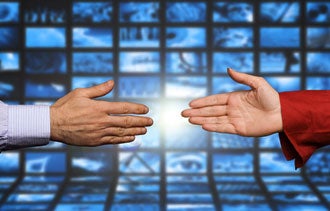 "Joining the IFA is part of Facebook's continued commitment to helping local entrepreneurs build their businesses, deliver value to their customers and create new jobs in their communities," Joel Kaplan, Facebook's vice president of U.S. public policy, said in a statement.

Facebook already provides features to support franchises, including a new "parent-child" tool that helps franchise brands manage their franchisees' pages on the social-media site. Certain companies have been piloting it, and Facebook wants to "extend the use of that more broadly," Haller says.

A spokeswoman for Facebook wouldn't say how many franchises currently use its site. But joining the IFA, which has 1,200 franchisor members, "gives Facebook an even greater opportunity to listen to their business needs and provide them with information on the tools they need to connect with franchisees and customers on Facebook," the spokeswoman said.

IFA, which approached Facebook more than a year ago, also is in discussions with Google to join the trade group and set up a similar relationship that may include a protocol for member franchises to submit information for Google maps and other location-related services. Google didn't immediately respond to a request for comment.

ChatGPT is building its user base faster than the most popular consumer apps created to date.

Why Investors Are Bullish on EdTech in 2023

EdTech enables educators to reach more students than ever before with the ability to deliver content beyond the limitations of a language barrier or timezone.