By Sara Wilson
December 18, 2008
This story appears in the January 2009 issue of Entrepreneur. Subscribe » 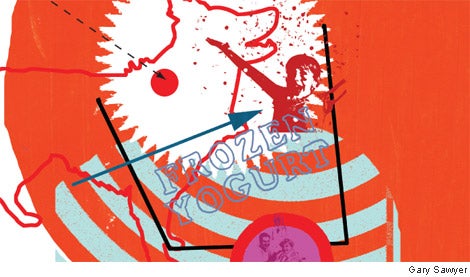 The world of franchising is as dynamic as ever. Every year, new franchise concepts emerge, existing ones expand and opportunities abound for individuals interested in getting into business for themselves via franchising. The constant ebb and flow of franchising keeps us riveted year after year as we study the patterns revealed through our surveys and rankings. This year, we've uncovered eight franchising categories that hold promise for 2009. So sit down and hold on as we take a closer look at our top picks.

Senior care: Topping our list year after year, senior care is far from a newbie, but it's a category that remains as vibrant and vital as ever. What's driving the opportunity? Growth is largely due to demographics. The U.S. Census Bureau projects that there will be a substantial increase in the number of seniors between 2010 and 2030, after the first baby boomers turn 65 in 2011. So take care of, cater to or provide services for America's aging population, and you might just have a booming business. America's seniors will soon be in need of lots of helping hands.

Frozen yogurt: Not only is it delicious, but frozen yogurt is also turning out to be a simply irresistible business opportunity. Pinkberry and Red Mango are so hot that even the hottest celebrities are frequenting them for cool, healthy treats. As a result, the market is exploding. Céfiore, a frozen yogurt franchise in City of Industry, California, first opened its doors in 2006. This year, it has plans to open 50 franchise units nationwide and has set its sights on the international market. Says Caroline Yi, franchise coordinator, "Thanks to a growing number of people who are conscious about healthier lifestyles but don't want to sacrifice trends and tastes, we have seen a large demand for frozen yogurt." Not quite sold on frozen yogurt? Look elsewhere, but don't lose focus on what consumers want: healthy eats.

Pets: In tough times, pet owners tend to scrimp on pet toys and products, but they still shell out the dough to ensure that their pets stay healthy and happy. While growth in the pet retail sector seems to have come to a standstill, franchises offering pet services like training, day care and grooming are at the head of the pack. And it's not surprising. Someone has to take care of the 74.8 million owned dogs and 88.3 million owned cats in the U.S., as estimated by the American Pet Products Manufacturers Association. In fact, APPMA estimates that pet spending last year totales $43.4 billion, up from $41.2 billion in 2007.

In two of the Franchise 500®'s children's services categories, the No. 1 franchises have gone up in their overall rankings. In child care, Goddard Systems Inc. rose from No. 132 last year to No.105 this year; in children's fitness, The Little Gym rose from No. 145 last year to No. 126 this year. Child care, fitness and tutoring are the big three categories. Children's fitness alone accounts for 244 of the 596-unit increase in children-focused franchises.
Children's services: This is another regular on the franchising trends list, as Americans will always have a soft spot for their offspring. In fact, our nation is so focused on its children that, even in the worst of times, franchises serving children's needs continue to grow. According to our research, children's franchises collectively grew by almost 600 in their U.S. franchise counts since 2008. From fitness to tutoring to child care, if you're taking care of the children, then consumers will take care of you.

Party/event-related services: In troubled times, perhaps the best remedy is to throw in some fun and games. Franchises specializing in party entertainment and event planning are experiencing good times despite the down economy. Elite Trice, 34, and Benjamin Garland, 28, opened their Games2U franchise in Phoenix this past September and hit the ground running. By their first week in business, their franchise, which specializes in providing video game entertainment at corporate events, birthday parties and fundraisers, had already booked 78 events. "People will always spend money on entertainment, even in a down economy, especially when their children or charities are involved," says Trice, who plans to buy two more locations this year and projects year-end sales of $500,000.

Fitness: Health and wellness have been a top concern ever since headlines warning of obesity took over the nation. But it's not the heavyweights, like Curves and Gold's Gym, that have captured our attention. Instead, we predict the more niche concepts like boxing and prenatal and postnatal fitness will experience the healthiest growth in 2009. Stephanie Ramirez started offering prenatal and postnatal fitness to her West Knoxville, Tennessee, community through her Stroller Strides franchise in July 2007. "I have not lost one client as a result of the economy," says Ramirez, 39. "I've had women tell me it's the best hour of their day." Ramirez's business is growing. She recently hired three additional instructors, just added a new program called Fit4Baby and plans to expand her territory this year.

Personal care: A little bit of pampering goes a long way, especially among men's salons/barbershops and massage services franchises, which have enjoyed vigorous growth over the last year. One new player in the franchising world is The Boardroom Salon for Men. The company, which offers hair and grooming services, just started franchising in 2007 and is currently targeting the South and Southeast. Says Bruce Schultz, CEO and co-founder with his wife, Heather, "The Boardroom's service offering is a necessity for our clients, in that they need to get regular haircuts and stay well-groomed to look good and remain competitive during good and not-so-good economic times."

Green: We don't have a category devoted to eco-friendly franchises, but that certainly hasn't stopped us from noticing the effect the green movement has had on franchising. From franchises embracing the green angle, such as Pizza Fusion and Clean Air Lawn Care, to others that are playing up their green benefits, including Filta (formerly FiltaFry) and Interstate All Battery Center, it seems like green is on everyone's mind. "Sales of organic food, eco-travel, high-efficiency energy saving, water conservation products and organic beauty products are growing at a faster rate than their conventional counterparts," says Kelly Magill, editor of Positively Green Magazine. "When you start a new business, you want to follow the growth areas, which is [one] reason why you see more green businesses and franchises starting up."