Translating My Experience Into Action as an Entrepreneur

Before becoming a franchisee, Allan Jenik helped dealers at companies like Harley-Davidson and Bass Pro Shops increase sales, profitability and customer retention. When he decided to start a business of his own, he realized it was time to take his own advice. Jenik is now a franchisee of Securis, an electronic recycling and data destruction services franchise. Here is what he has learned. 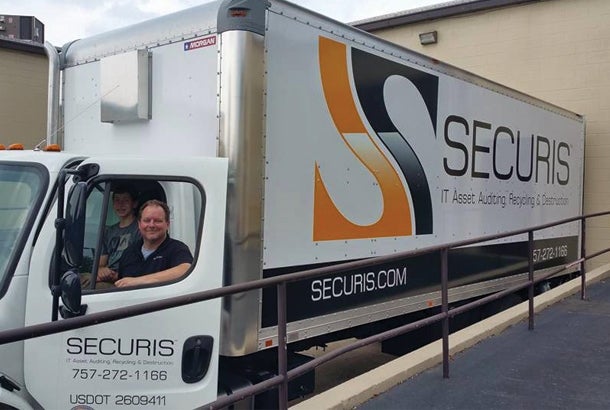 Related: No Bones About It: This Franchisee Says He Made a Great Business Choice

I decided last fall that the timing was right to either start my own business or buy a franchise. After looking closely at both options we decided that partnering with a strong franchise team would significantly shorten my ramp up time.

I was lucky enough to hold leadership positions at some great organizations including Harley-Davidson and Bass Pro Shops where I learned a lot about brand building at both the national and local levels. My roles were focused on helping dealers increase sales, profitability and customer retention and I always wanted to find out if I could take my own advice! My new business has given me a much greater appreciation for the hard work and determination of entrepreneurs.

I was looking for a franchise with strong growth potential that also had a positive impact on society. Data security and e-waste are two big issues that need to be addressed in a systematic way and Securis has a strong track record in both segments. Living near the Chesapeake Bay in Virginia Beach has given me and my family a greater appreciation for the environment and how people affect it. Securis helps make sure that electronics containing dangerous metals don't end up in landfills. It's rewarding to help make Southern Virginia a better place.

My wife Shannon and I did all of the research on our own for each of the franchises that we considered. It was important to have a good understanding of the competitive landscape, so I spent a lot of time looking at my local market and who was currently providing the service/product that I was considering. It was also very helpful to talk to existing franchisees -- they provided a great perspective on franchisor support and the true financial potential.

We had delays in getting our truck which pushed our timeline back. It was also difficult to find a suitable office/warehouse in our price range and we ended up spending more than we wanted to.

Try to look five years out into the future and envision what success would look like for both you and your franchisor. Just because something was successful in the past doesn't mean it will still be relevant later.

I'm focused on executing our growth plan while we establish a strong local customer service reputation. If we hit our sales plan we will shred tens of thousands of hard drives and recycle hundreds of thousands of pounds of electrical equipment. We've started to do neighborhood recycling/shredding events with the proceeds going to charities such as the Wounded Warriors Foundation. In the next few years, I would like to add another territory to build additional economies of scale.

Related: What Were You Doing at Age 19? This Guy Already Owned His Own Franchise Business