When Her Studio Burned Down, She Taught Classes in a Church Basement. Now She Has 10 Locations.

Kika Stretch Studios is all about teaching students to relax. To succeed, its founder had to learn to do that herself.

By Madeline Garfinkle
October 4, 2022
This story appears in the October 2022 issue of Entrepreneur. Subscribe »

A professional dancer by trade, Kika Wise has always been a believer in the importance of releasing tension while not asking your body to "do anything." But in the fitness industry, that made her an outlier. "Everyone's putting their bodies through so much, trying to get toned, but not thinking, How can I reset my body so that I can continue being active for the rest of my life?" So in 2008, with $500 in capital, she started her own practice in Bloomfield, New Jersey. She took a dancer's approach to stretching, with a twist, and dubbed it the "Kika Method."

"We teach you how to lie limp, how to let go," she says. "When we notice you tensing up, we tell you to start over." Starting up was tough; as a single mother, she was stretched thin. An early location was in the basement of a Turkish restaurant, where "you could literally smell onions," Wise recalls, but clients didn't care. They kept coming back for more. Now, Kika Stretch Studios has 10 locations across six states — and has survived everything from a fire to the growing pains of franchising.

Related: How 8 Women Leaders in Franchising Are Overcoming the Industry's Greatest Challenge

What's the hardest thing that happened when you were starting out?

In 2015, I had two locations and hadn't even franchised yet, when the main location caught on fire. My brother came to my house early in the morning and was like, "The studio is on fire." I thought he was joking and planning a surprise or something. But then he drives me to the studio — sure enough, it's on fire. I'm standing there, and next to me is this guy looking at the window, and he's like, "I just bought a [stretch] package, what am I going to do?" I wanted to look at him and be like, "Dude! That's my business on fire!" But then I realized this was not just about me. It gave me the strength to continue. I had clients to serve.

That night of the fire, I was just sitting in my car crying, but after a while, I looked at the church on the corner and I was like, OK, what if I can use space in there? Sure enough, for nine months, we were operating out of the church basement. There were pipes, old radiators — it was a basement-basement — but I didn't have to go out of business. We actually grew clientele. 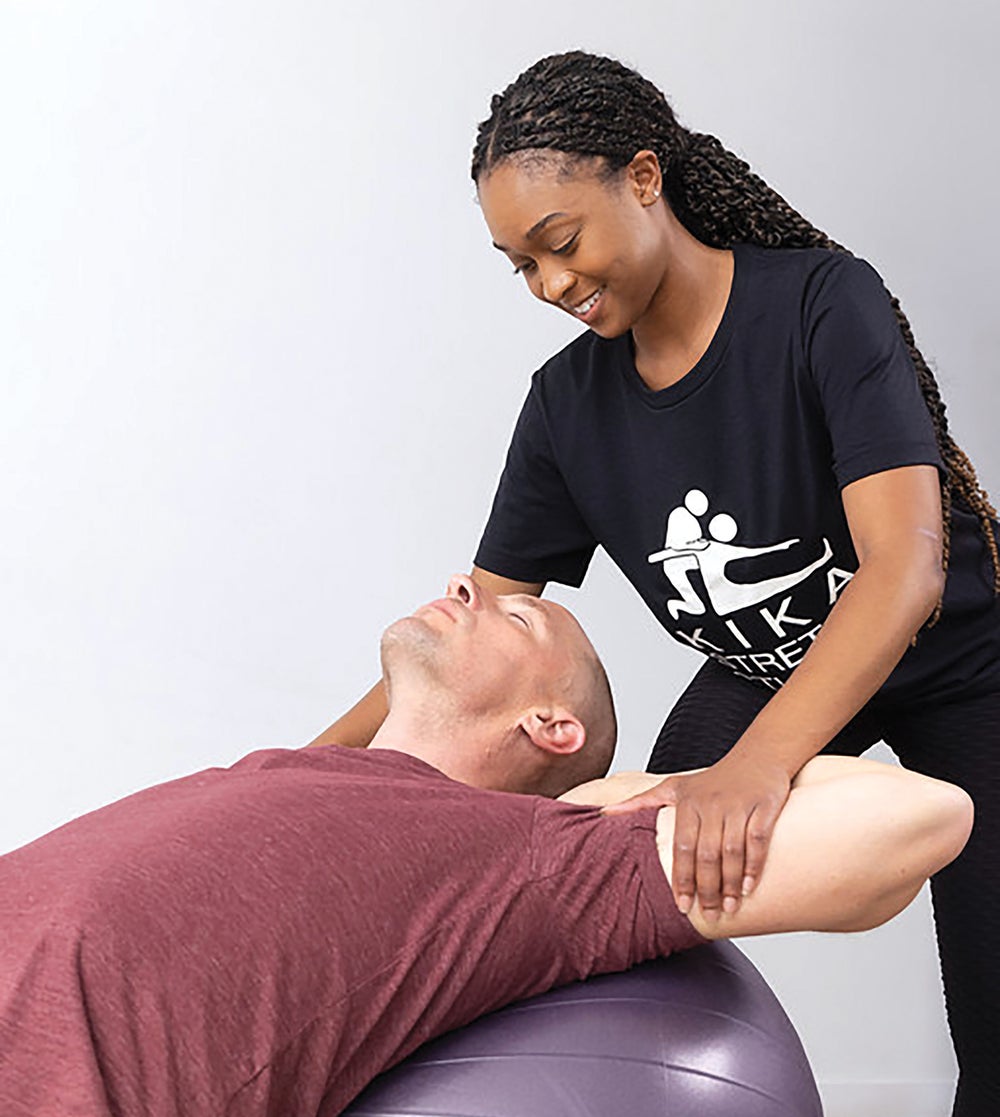 What prompted the shift into franchising?

I was driving to my second location with my son in the car, and I was so exhausted I literally took a 45-minute nap in the McDonald's parking lot. That's when I was like, I need help.

So I fired myself from the daily operations of my second location, and taught the manager how to run day-to-day operations to see if the business could thrive without me. That was definitely the first step. You have to make sure that the business can run with someone else who you teach. If you're able to do that and still make money, then you're onto something.

Related: 6 Intriguing Statistics About Women in the Franchising Industry

What advice do you have for people who might want to take the leap into entrepreneurship, but aren't sure?

I always say, when you're on your deathbed, what are you going to regret? If you have anything you would regret, that's something you need to do right now. You get one journey in this body. You might as well do what you want to do. If you fail, who cares? People say, "Well, I have bills," and I'm like, "You're going to die with bills." Don't let that stop you from dreaming.