Leverage the Ups and Downs of the Housing Market

While the industry floundered, these businesses positioned themselves for growth.

January 6, 2010
Opinions expressed by Entrepreneur contributors are their own. 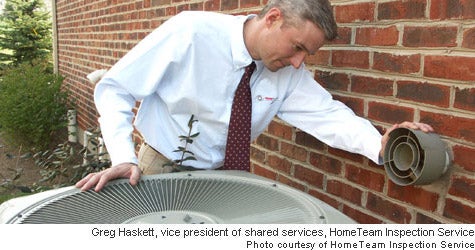 When the real estate bubble finally burst, more than a few businesses felt the effects. One of the most far-reaching results of the market fall was a tidal wave of sheer bias against any businesses involved in the housing market. Some businesses re-branded successfully, but many more failed and closed shop. Some businesses, however, were able to ride the waves of change rather than drowning beneath them.

Save for a Rainy Day 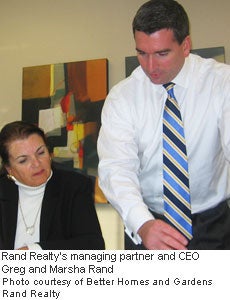 Take Greg Rand, managing partner of Better Homes and Gardens Rand Realty, a top brokerage firm in the Hudson Valley community in New York. He didn't wait for the warnings; he already knew the housing bubble was ready to pop. Having founded Rand Realty 25 years earlier, Rand's mother, Marsha, had seen it all. "When [we] saw the market booming, mom told us, 'Don't get used to this,'" says Rand with a laugh. "She had seen the 1987 crisis. She said that real estate is cyclical, and the first thing to happen is the boom. Then, it goes too far." Long before the pundits' advice, Rand began to look for markers of the impending backswing "just like watching for the buds that mark springtime."

Instead of hoping for the best, Rand took some strategic steps to protect his business. "We knew those bidding wars were the [first] markers, so we started a war chest." Beginning in 2005, Rand Realty started saving aggressively and easing back on expansion. The mortgage crisis "didn't hit the skids in New York City 'til 2008, so we were saving for three years before anything happened," says Rand.

While others in the lending industry crashed and burned because they failed to learn from history, Rand Realty had enough in its coffers for a re-brand and started rising to the top. Formerly under Prudential Realty, Rand and partners made a calculated switch to Better Homes and Gardens under the Realogy Corporation, a burgeoning real estate brand that was more philosophically aligned with their message. Realogy--owners of Coldwell Banker and Century 21, among others--knew there was still hope.

"At a time when optimism was scarce, our message was optimistic," says Rand. They knew the market would take a turn for the better, so Rand says their message was "the future is bright." According to current statistics, the fourth quarter of 2009 is going to be the biggest increase in recorded history for the housing market. And Rand is not the only one with an optimistic message for businesses in the real estate industry.

HomeTeam sends a crew of qualified assessors to a property to complete a 400-point inspection before the escrow closes or, in many cases, before a house is even put on the market. With banks foreclosing on homes in greater numbers and homeowners, investors and realtors fearful of the deal falling through, this fast yet thorough scrutiny is sought after now more than ever.

"We're not the size we were in 2004," Greg Haskett, vice president of shared services, admits, "but we've survived and become a better company" due to the same market events that have hampered so many others. Like Rand Realty, instead of waiting for doomsday, HomeTeam was proactive and looked for areas where quality could be improved. "It's all about constant rethinking," advises Haskett. You can launch new marketing campaigns, get a Twitter account and modernize your website (all things HomeTeam has done), but Haskett says nothing beats quality service and good customer support and management.

HomeTeam has a rigorous training program for new franchise owners. Although most of the training focuses on licensing and home inspection, "we are not looking for [an entrepreneur] who simply wants to be a home inspector, but more for one who wants to be a good owner," says Haskett.

"Overall, by doing home inspections better than anyone else and focusing on customer service, we're gaining tremendous market share," Haskett says. It seems as though, in the face of crisis, doing what you do best even better is key.

Take Advantage of Your Flexibility
Another way small-businesses can beat industry slow-downs is to turn your business plan around and find a new market, like Payment Gone LLCdid this past year. Payment Gone's founders, Adam Attanasio and Mary Gregory, were not in a position to save their earnings or improve their product until the mortgage hell thawed. Payment Gone was a third-party seller of subprime mortgages that helped low-credit-score consumers find loans. (Subprime was the first type of lending to dry up, and banks haven't turned that faucet back on yet.) When Attanasio and Gregory saw the home finance business changing, they knew they had to go back to the drawing board. So they put the subprime lending arm of their business on the back burner and found a new need to fill. 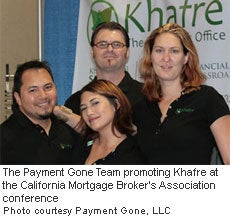 "We knew a lot about the mortgage industry," Attanasio says, "and we started learning how to help homeowners who were having problems with foreclosure. With our technological background, we started writing a piece of software to track loan modifications specifically."

With the help of a new Chief Creative Officer, they created a new product Khafre, a CRM software as a service portal where lenders, brokers, investors and buyers can communicate and manage loan mods and debt settlements. The customizable modules in the software make it so easy for businesses to manage private finances, legal and customer information, public documents and B2B information that Khafre is now being used outside the mortgage-lending market, as well. The success of Khafre has allowed Attanasio and Gregory to stop all B2C operations and focus solely on their B2B product.

With the recent launch of Khafre Konnect, a social networking-like addition to the software that helps several businesses connect, advertise and share information through one server, Attanasio and Gregory say the mortgage crisis may have been one of the best things that's happened to them. "Honestly," says Attanasio, "sometimes the most devastating things are some of the best things that could happen to your company. You just have to be nimble and say, 'Where can we take advantage of the marketplace now?'"

Gregory adds, with a nod to the fortitude of all businesses that have survived this hard time, "The business connections that we've made with people who have survived the market--there is a strong bond there. It's a different kind of individual" who chooses to survive and come up with great ideas and new partnerships rather than letting themselves feel that all hope is lost.

In any economy, but especially with the current political and economic environment for small businesses, these entrepreneurs' advice may seem unrealistic. But it's real, it's worked for them, and anyone can do it. The only question you have to ask yourself is: What will I do to fight, survive and thrive?