The Mix Tape Theory (Approaching The Press - Being Subtle) 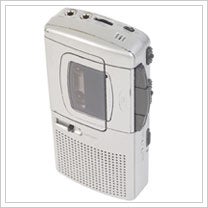 I was out drinking recently.

"What? Dashingly suave bloggers go out drinking?" some mild-mannered female mumbled to herself after reading the first line.

Yes, of course us bloggers do. Not always together though. Sometimes, I party with celebrities and models who want to party with bloggers.

While gobbling nachos and making absent-minded observations about the sports teams I didn't care about on the television ("That tall guy has a really funny last name"), I met Monica Burnett, a 22-year-old entrepreneur. I wasn't aware that Burnett was an entrepreneur until the evening was nearly over, and I only found out because I pointed to the tattoo on her neck.

She had a tattoo of a heart-shaped apple just below her right ear. It turns out that the design is also the logo for her company. As a business blogger, I was naturally curious.

Keep in mind that this is a noisy bar-restaurant.

"You make cats?" I yelled back at her.

It should also be noted that I'm not the greatest at first impressions, especially in loud drinking establishments. One time, it almost got me in a fight. But that's for another time. This is my blog. This isn't my party. So I can't lie if I want to.

Burnett asked what I did and I told her about my gig at Entrepreneur. We talked about anything either of us knew about the business world. She was so charming that I asked for her business card.

She didn't ask me to put her startup company in Entrepreneur. And it made me want to write about her. She undersold herself and I bought in (I'll be writing about her and her company, Monica Burnett Hats, later this week).

It goes without saying that you have to push borders and jump barriers to try and get yourself known (Wall Street vs. Sunset Blvd.). It's never impossible, but it is most certainly challenging, frustrating and exhausting. Being an entrepreneur is like being the actor and the agent. In the beginning, it's your work as well as your job to get the word out.

However, sometimes, the most subtle approach will linger.

I know this is business and not music, but hear me out. I just made the theory up, but I think I'm going to reference it from now on. Hopefully, it'll catch on.

Show the work, ask for a chance and see what comes of it.

I'm not saying it will always work. There's no absolute way to get known and make money. If there were, I would've already done it a long time ago and, instead of writing this blog, I'd be riding dolphins through the private lagoon located next to my mansion built out of dreams and cookies while my name was sprinkled throughout history books.

Anyway, the point is that I understand that meet-and-greets are difficult to pull off, e-mail approaches are terrifying and making a name for yourself, your brand or your company is downright overwhelming.

But, if you ever get the chance, be subtle enough to see if your "mix tape" sees Side B.