These small businesses are at the center of America's tailgating tradition.
Next Article

Submit your email below to get an exclusive glimpse of Chapter 3: “Good Idea! How Do I Know If I Have a Great Idea for a Business?
November 5, 2009 min read
Opinions expressed by Entrepreneur contributors are their own.

This Sunday at the Super Bowl, as league officials, corporate fat cats and vapid celebrities file into the seats and luxury boxes at Raymond James Stadium in Tampa, Fla., the few real fans lucky enough to score tickets will have already been in the parking lot since early in the day. They are the tailgaters. They're fueled by an undying passion for the game (among other things), and their arsenal almost always includes some of the small-business world's most entertaining innovations. Here are just a few. 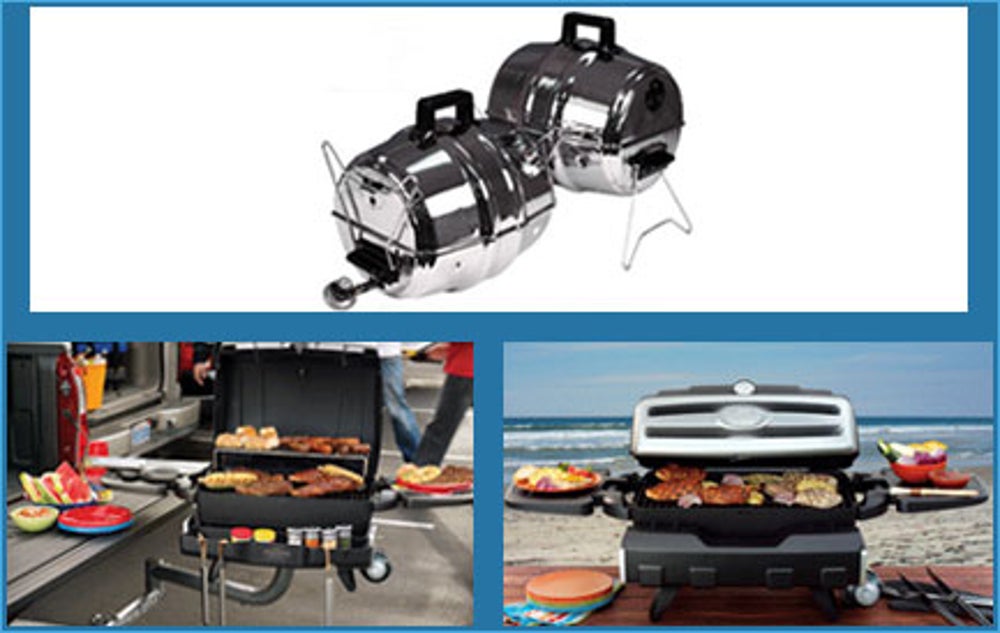 Outdoor cooking is the bright center of the tailgating universe. Or, at the very least, it provides fans the nutrition necessary to do more of what they're really there to do--cheer for their favorite team, of course. For the casual--and irreverent--tailgater, there's the Keg-a-Que, a portable grill forged in the classic shape of a timeless tailgating icon. As a bonus, it's also available adorned with the logo of your favorite NFL team. For those who reserve their flag pole for the banner of their favorite team but still want to show some national pride, there's the Freedom Grill. It cooks up all the meats that make an American barbecue an American barbecue. 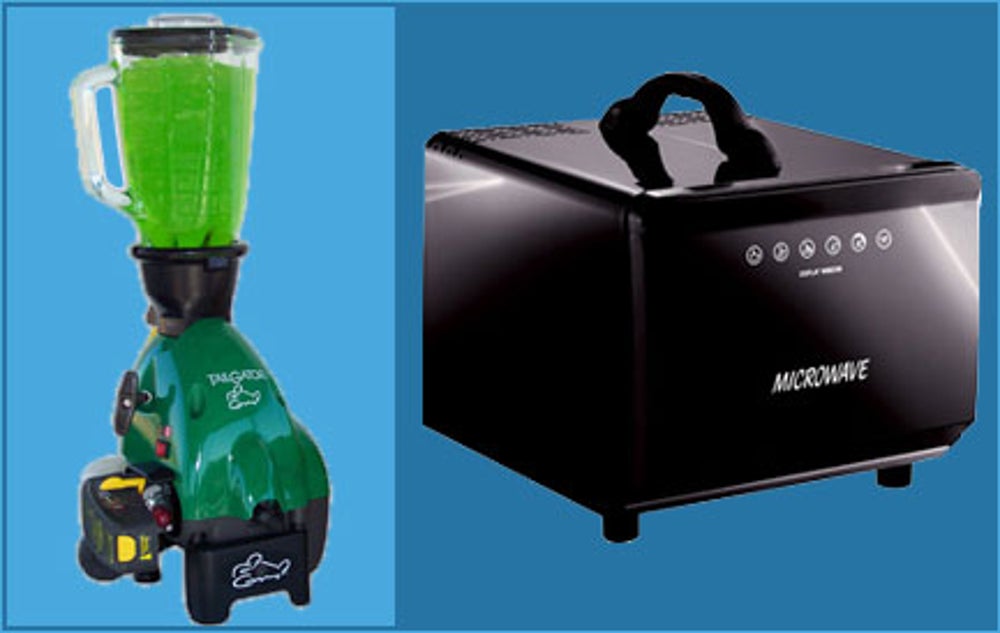 While every tailgate party is born of fire, it's not complete without a few peripheral electric gadgets. First, you'll need a blender. After all, what's a tailgate without plenty of 26fresh salsa and guacamole? The Tailgator uses a two-stroke gas motor and 48-ounce blending capacity to combine yard work and tailgating in a way you never thought possible (or necessary). And for the handful of acceptable food items (cheese dip!) that can't be cooked on a grill (or for added safety during impaired post-game reheating), there's Malpin's in-car microwave oven. It plugs into your car's 12-volt power outlet or, as it's still known to any hardcore tailgater, the cigarette lighter. 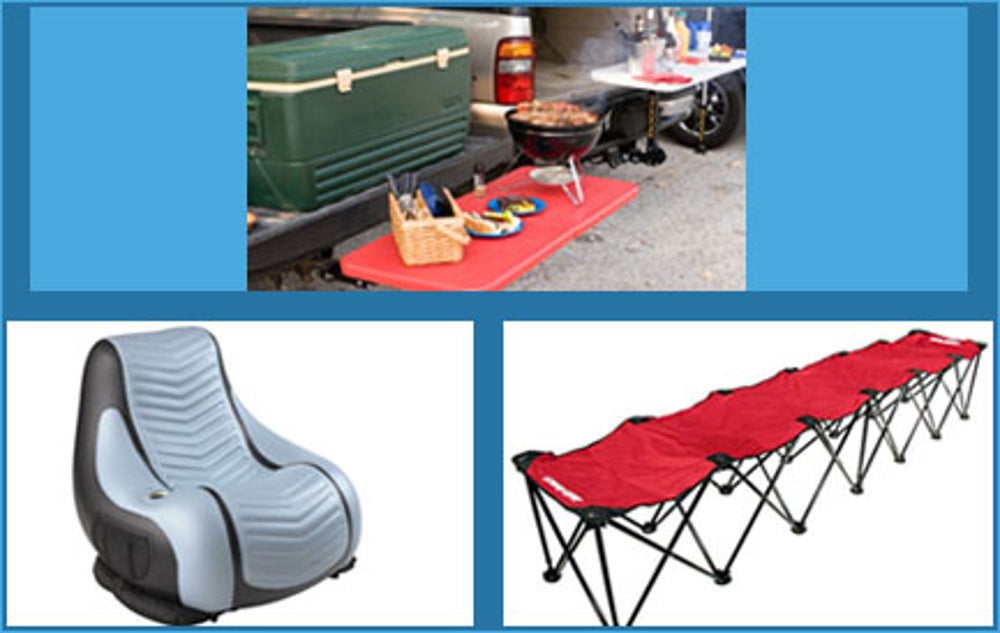 If you must sit down during your epic tailgate party, at least do it in style. First, you'll need a table like the Sports Fan Tailgate Table from Boone Outdoor Hardware. Because it also attaches to your truck's hitch receiver, you'll have to move your Freedom Grill--or get a second truck, pansy. As for the seating itself, the Insta-Bench will cozy up perfectly and comes in three- and six-seat versions, depending on how many friends your rabid fandom has yet to alienate. And if the answer to that is all of them, you can go with the Aerobed throne you clearly deserve. 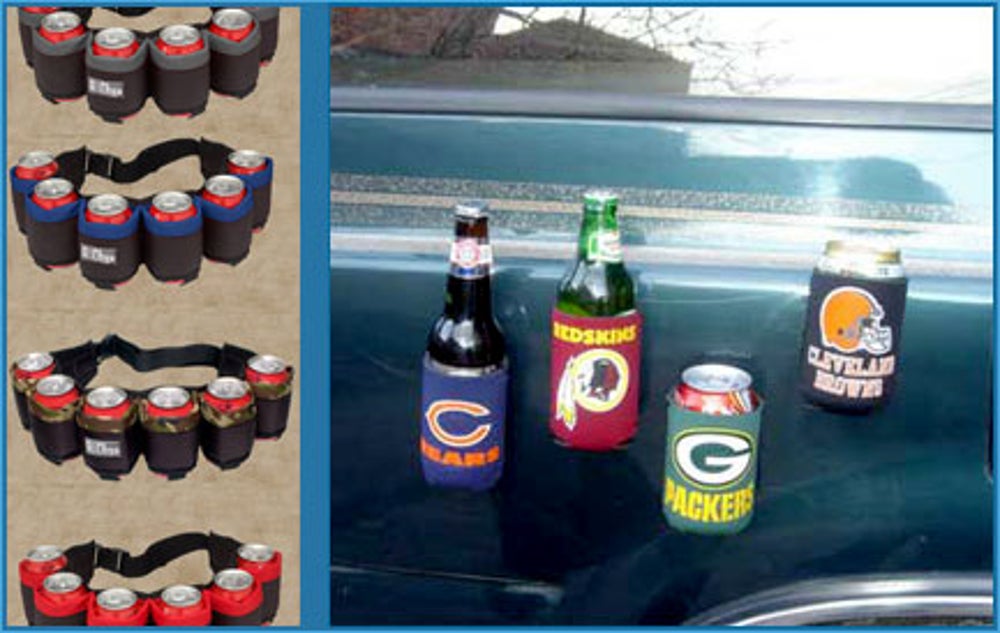 You can (or should) only carry so many beers at a time--unless you're this guy. For the rest of us, there's Hopsholster. It'll hold and insulate six beers around your waist (what's left of it), and it comes in five colors, including 26wait for it 26camo. If you're a one-beer-at-a-time type (and you're willing to admit it), you can always go with one of these magnetic beer coozies, available with the logo of your NFL team or if you prefer, your favorite NCAA team, college boy. 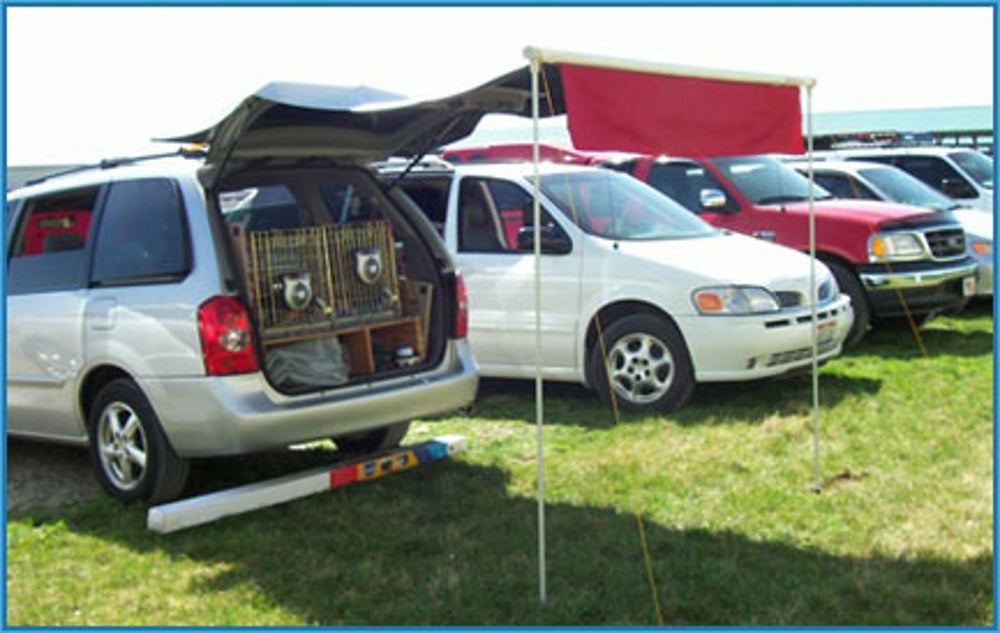 Sure, you have a tendency to go shirtless even during a night game in the middle of December, but that just means it's all the more important to protect your skin before the game start. This retractable vehicle awning from SportsShade should do the trick. But if you'd rather go for a more direct form of cover, there's always some good old-fashioned body paint. That is, if you really want to be that guy. 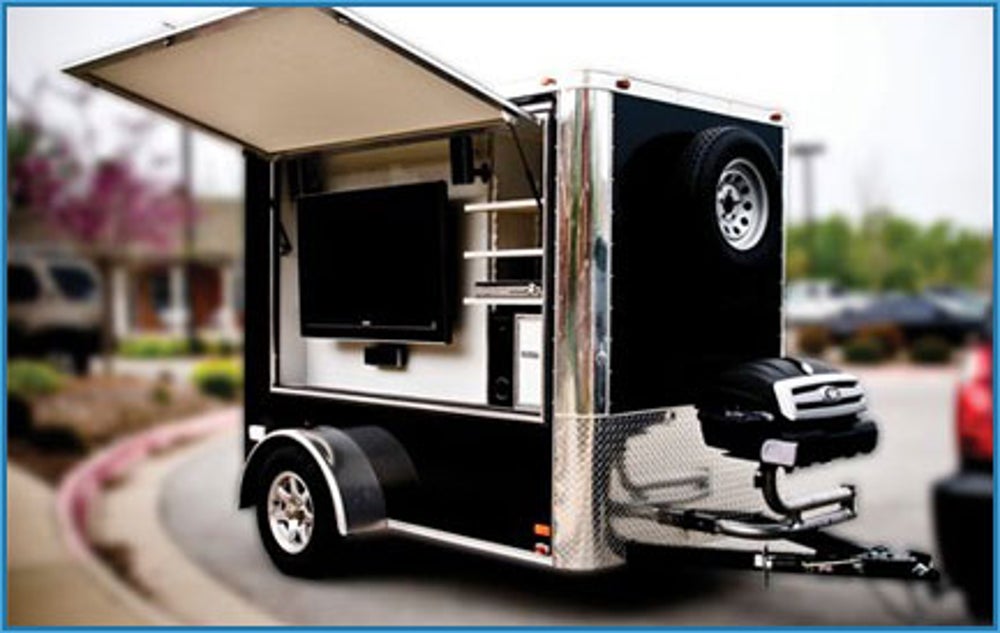 It's got a 47-inch high-definition television. It's got a five-disc DVD changer and surround sound. It's got four power outlets. It's got 14-inch brushed aluminum wheels. Hell, it's got a Freedom Grill mounted right to the trailer tongue. It's the ultimate tailgating trailer from Tailgating Innovations. If you're done playing around, if you're done collecting trite gadgets and novelties, if you tailgate regardless of whether you even have tickets to the game (we're talking to you, Nebraska!), then this is for you. Also, you'll need about 12 grand. Can you sleep in it, too? You'll probably find out sooner or later.