Kathleen Davis
June 6, 2013 5 min read
Opinions expressed by Entrepreneur contributors are their own.

The costs associated with setting up a brick-and-mortar retail location can be daunting for first-time entrepreneurs. And while ecommerce sites have lower overhead, some business owners might not want to miss out on meeting their customers face-to-face and watching them experience their products first hand.

Stacey Steffe, president of the American Mobile Retail Association, a trade organization for mobile retailers, estimates that there are hundreds across the U.S. Since she founded the AMRA in late 2011, the organization has grown from 5 members in California to 70 throughout the country.

The average cost to start a mobile retail truck is about $20,000, depending on the amount of rehabbing and DIY entrepreneurs are willing to do, says Steffe. This sounds pricey, but is often a fraction of the costs required to renovate a traditional retail space.

Mobile retail also offers flexibility in everything from product lines to connecting with customers. From designer shoes sold out of an Airstream trailer in Austin, Texas, to knitting supplies stocked in a converted Little Debbie snack truck in Southern California, we have gathered a sample of the many creative ways entrepreneurs are using the open road (and nearby parking lots) to sell their wares and services. 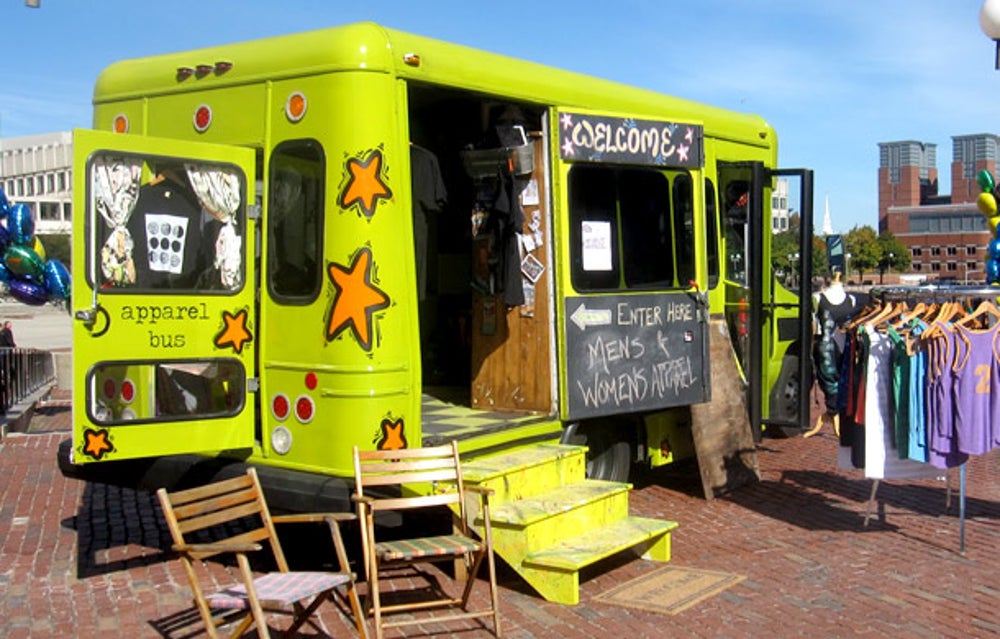 Sisters Kate and Lizzy Escher of Cape Cod, Mass., launched their silk screen apparel company in 2010, selling men’s and women’s clothing designed by local artists online and at local art fairs. In 2012, they took their business mobile by transforming a former bus into a funky boutique on wheels. Their "apparel bus" travels mostly around Cape Cod, and customers can find the next location by following the company on Twitter. 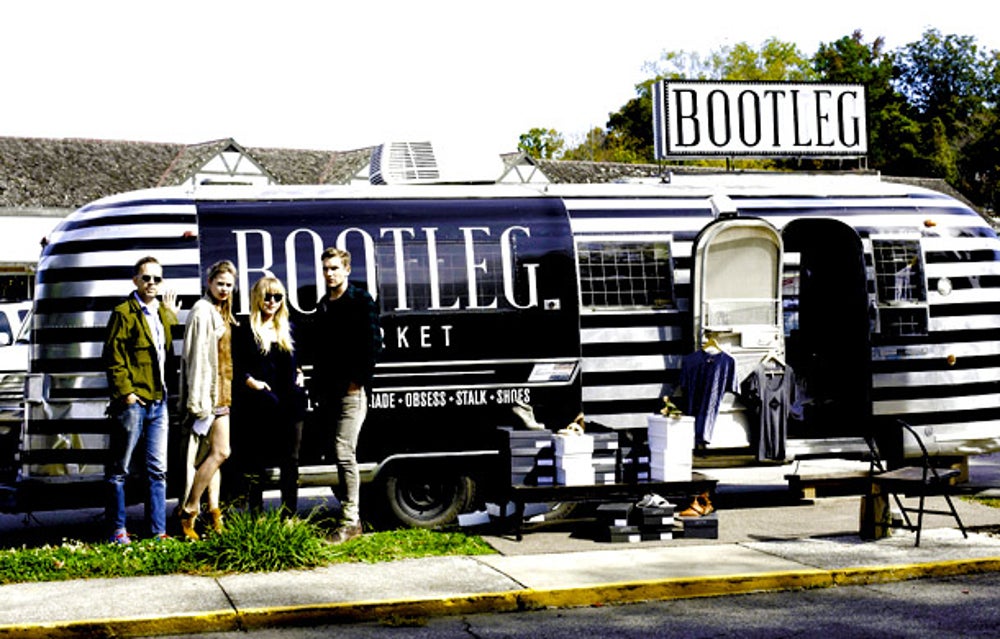 Stylist Sarah Ellison Lewis of Austin, Texas, founded her shoe store in a trailer in 2011. Her shop, called Bootleg Airstream, offers an eclectic footwear collection that has included vintage Chanel pumps and new, gilded oxfords from Jill Sander. Lewis sells these and more from her artful black and white striped trailer every sunny weekend on Austin’s South Congress Shopping district. 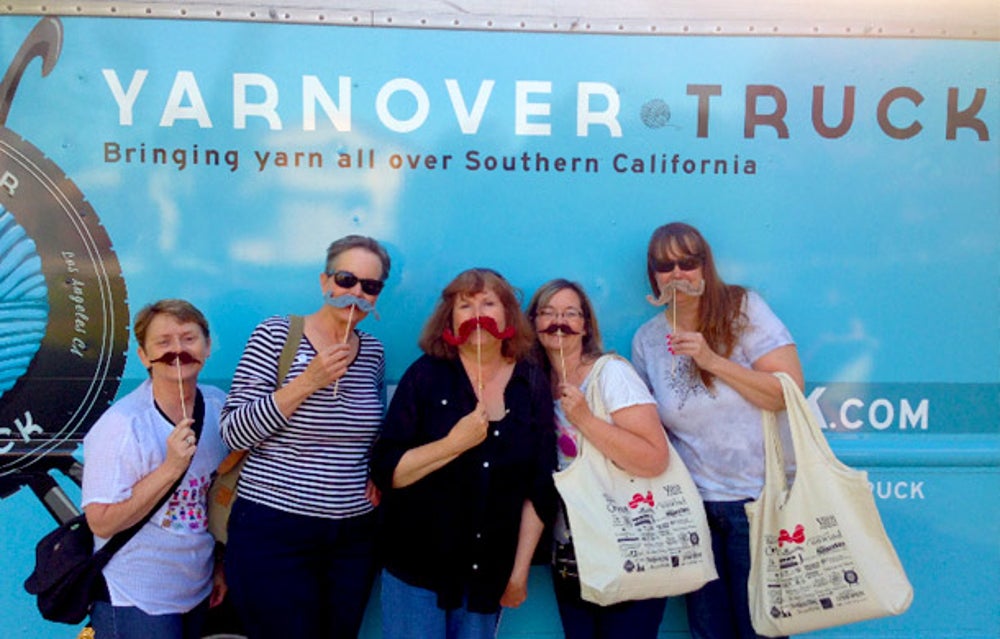 Friends Maridee Nelson and Barbra Pushies met in a knitting group in 2010 and while both shared a passion for knitting, they were intimidated by the financial commitment needed to open a brick-and-mortar yarn store. Instead they opened the Yarnover Truck in a converted Little Debbie snack mobile in the summer of 2012. They now sell yarn and knitting supplies at street fairs, art and music festivals, and farmers markets throughout Southern California. 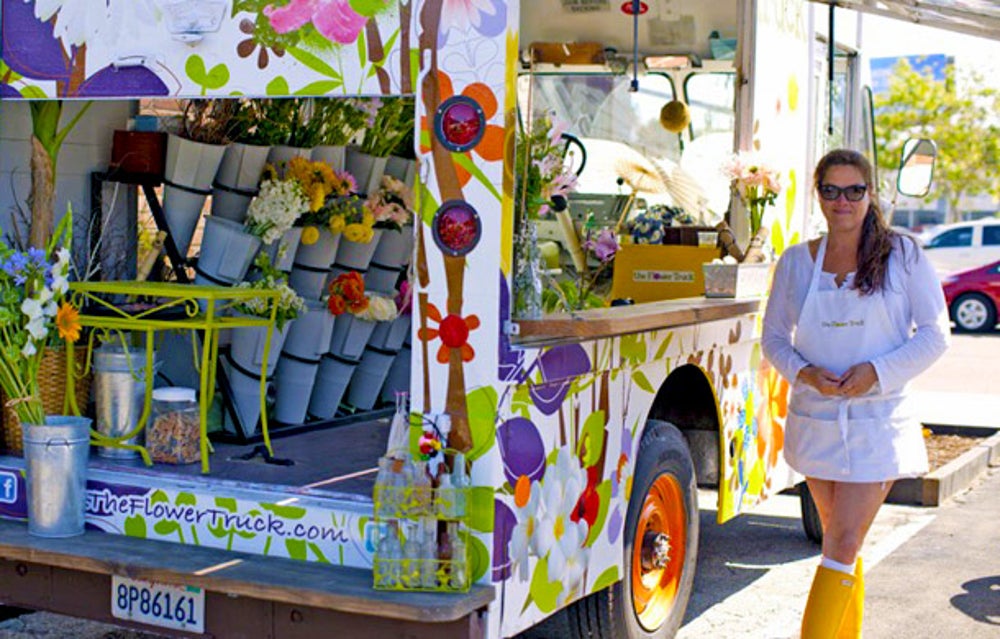 Jenifer Kaplan turned a 1970s Dodge ice cream truck into a mobile flower shop in 2011. The truck can be spotted on streets and special events around the Los Angeles area selling everything from gerbera daisies to lilies. Customers can select and arrange their own fresh flowers complete with vases, and can find the truck's location on Twitter. 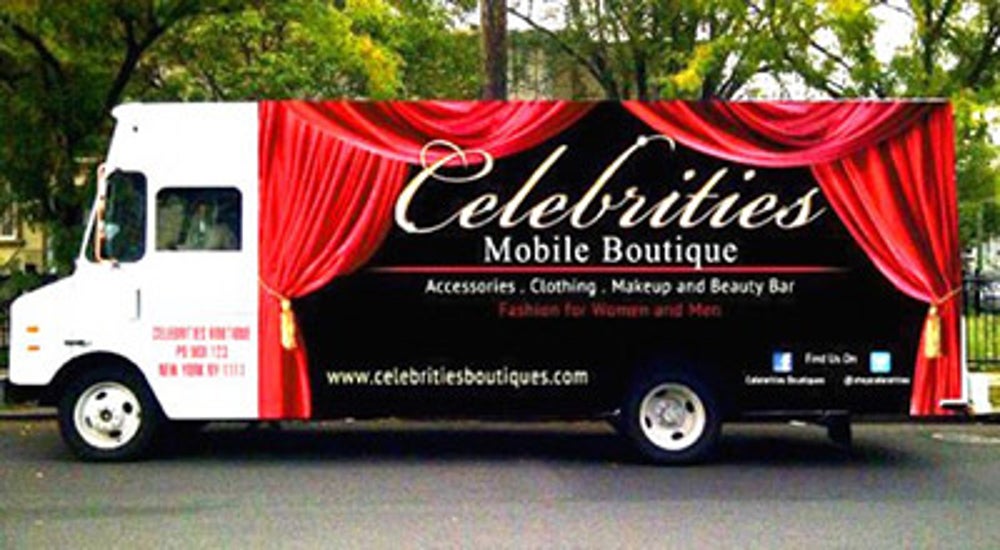 Nneka Green-Ingram, a former New York City bus driver, sold budget-priced accessories on a Harlem sidewalk for four years before buying and gut-renovating a former Frito Lay delivery truck in 2012. She now fills it with rhinestone-studded sunglasses, statement necklaces and body jewelry inspired by celebrity fashion trends, all ranging from $5-$30. Regulars can find her parked at on the same block of 125th Street in Harlem Thursdays through Sundays. 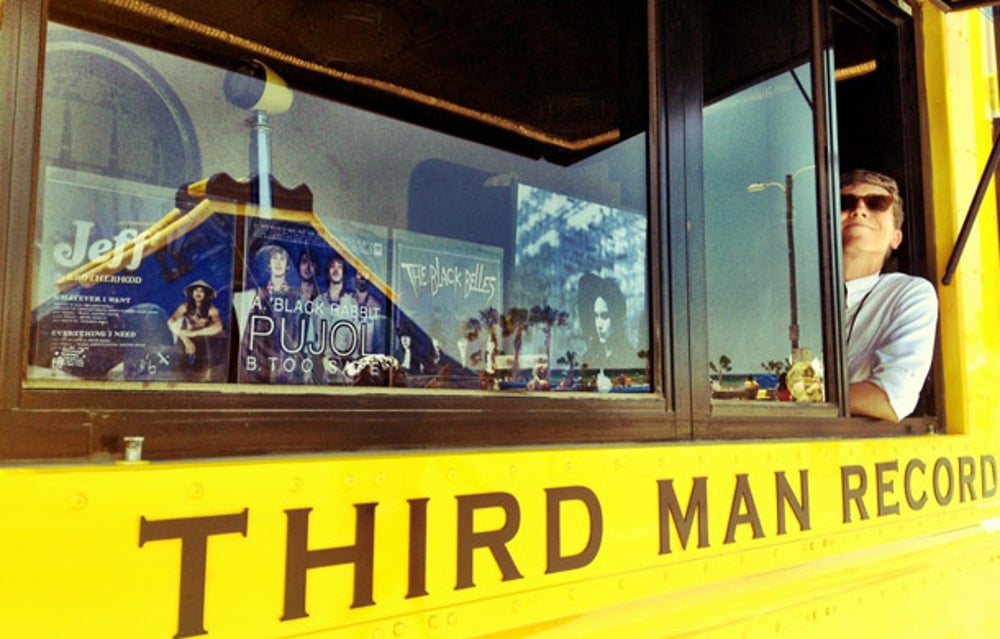 The Third Man Rolling Record Store is the mobile outpost of the indie brick and mortar record shop and recording studio founded by Jack White of The White Stripes in Nashville, Tenn., in 2009. The truck debuted two years later, at Austin’s South by Southwest, and serves as a mobile music store and pop-up performance venue. The big yellow truck travels the country visiting record stores and music festivals such as Coachella. Music fans can follow the rolling record store on Twitter for locations and scheduled appearances. 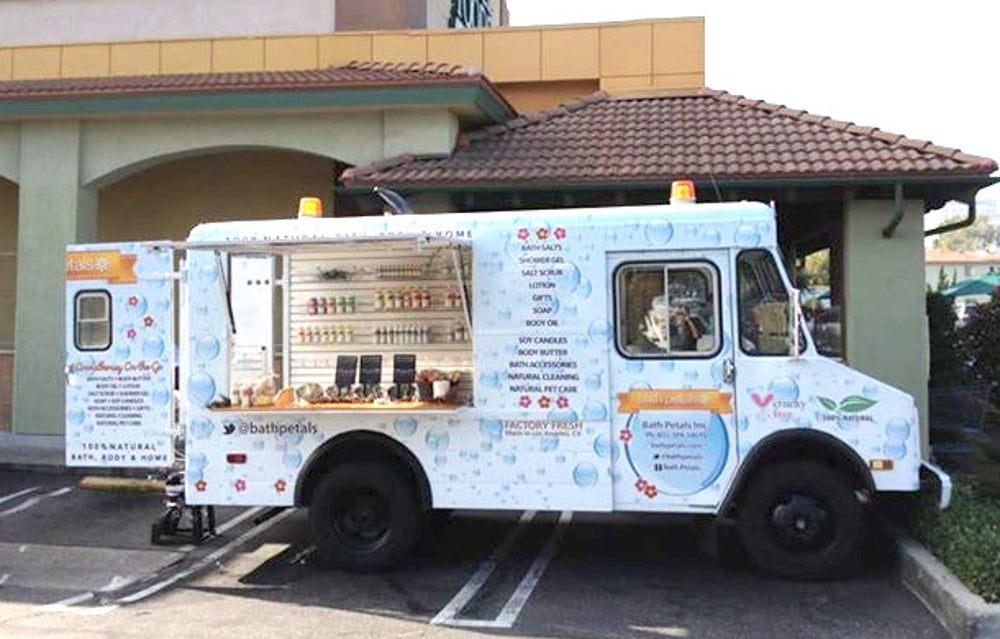 Thanks to mother-daughter team Patricia Filaseta and Julie Warnock, what was once a city maintenance vehicle is now a mobile beauty supply truck they call “Aromatherapy On the Go.” It comes complete with a bubble machine and a sea salt soufflé bar, where customers can test out the company's all-natural salts and scrubs. The bus is an extension of the online business the duo started in 2001 and sets up shop at art shows and food festivals in the Los Angeles area where the company is based. 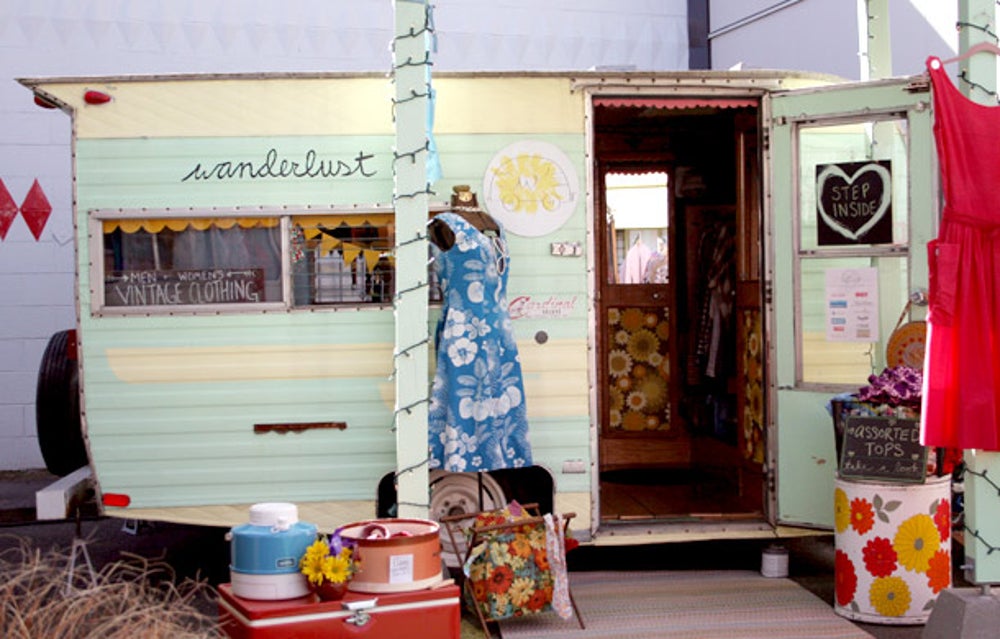 Housed in a 1969 mint green trailer, this Portland, Ore.-based mobile vintage clothing store looks the part. Vanessa and Dan Lurie added wood paneling and retro scalloped trim and opened in September 2010. While Wanderlust has since expanded and added a brick-and-mortar shop, the kitschy mobile boutique still appears across the country at art fairs and events. 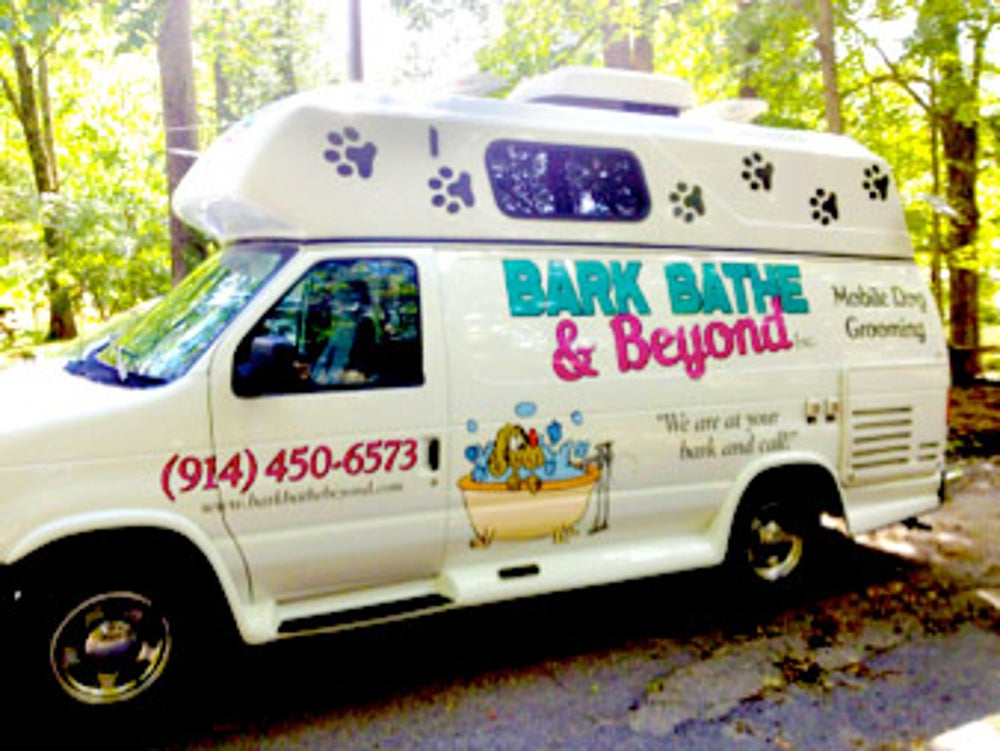 This mobile dog grooming business has been pampering pups in affluent suburbs of New York City since 2006. Owner Richard Caporizzo converted a van into a self-contained, state-of-the-art doggie spa with its own generator, two 50-gallon water tanks and an electronic grooming table. Caporizzo and his son Matthew Vernon make house calls to trim, bathe and blow dry dogs at their owner's homes. 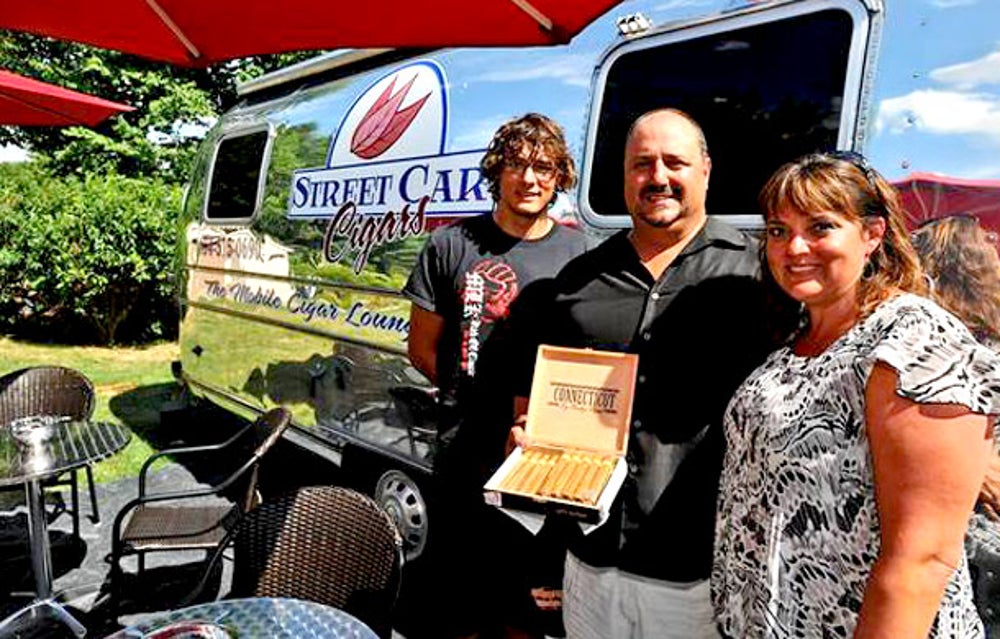 With laws banning smoking in many bars and restaurants, cigar smokers could have trouble lighting up. Husband and wife Ron and Wendy Riedi of Allentown, Pa., set out to solve that problem with Street Car Cigars, a mobile cigar lounge set in a 1973 Airstream trailer. The couple added leather seats, humidors, wood paneling and five televisions for airing major sports games. The lounge, which also sells cigars, is available to rent privately and has been used for tailgating and corporate events.