6 Shocking Realizations About the Food at Your Favorite Chain Restaurants

“With the increased use of mobile technology, this puts a lot of valuable information in the consumers’ hands at the time of their order,” says Fordam Schools of Business Professor Beth Vallen, who specializes in consumer goals and self-control in consumer health.

With the new information comes new surprises. Who knew how many calories were in an IHOP salad or a Jason’s Deli potato? When compared to their competitors, chains’ high-calorie items stand out more than ever for health conscious consumers.

Your salad at IHOP is the equivalent of four Carl's Jr. Ice Cream Cookie Sandwiches. 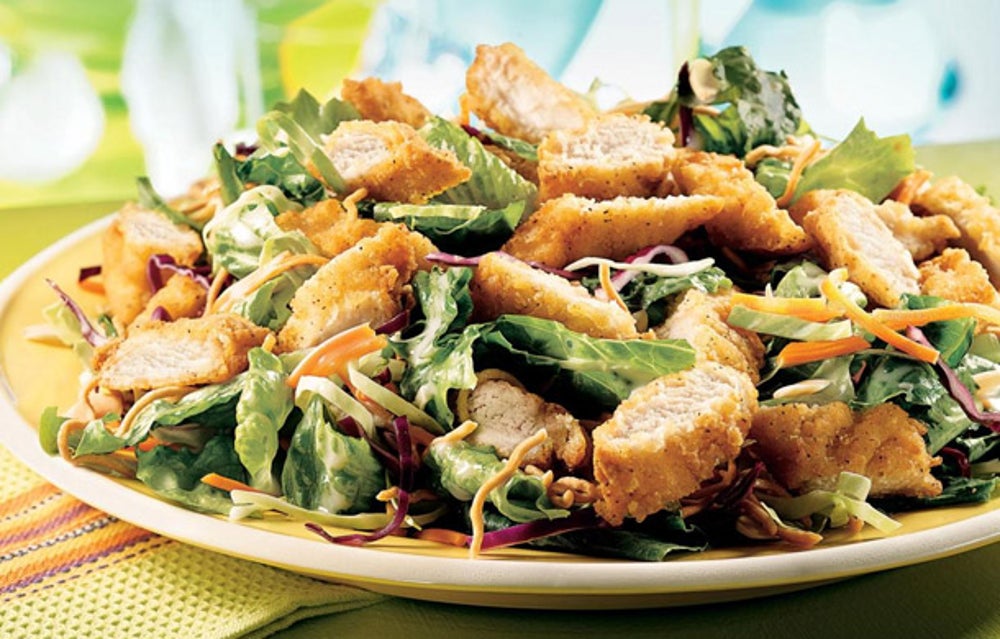 If you’re trying to eat healthy at IHOP, don’t get the Chicken and Spinach Salad, which has 1,530 calories and 111 grams of fat. That’s the equivalent of four chocolate chip ice cream cookie sandwiches from Carl’s Jr., which have 360 calories and 16 grams of fat a piece. Or, you could eat almost 13 full Golden Corral Strawberry Shortcakes, at 120 calories a pop.

Jason's Deli's Plain Jane Potato has as many calories as almost five large servings of McDonald's or Burger King's fries. 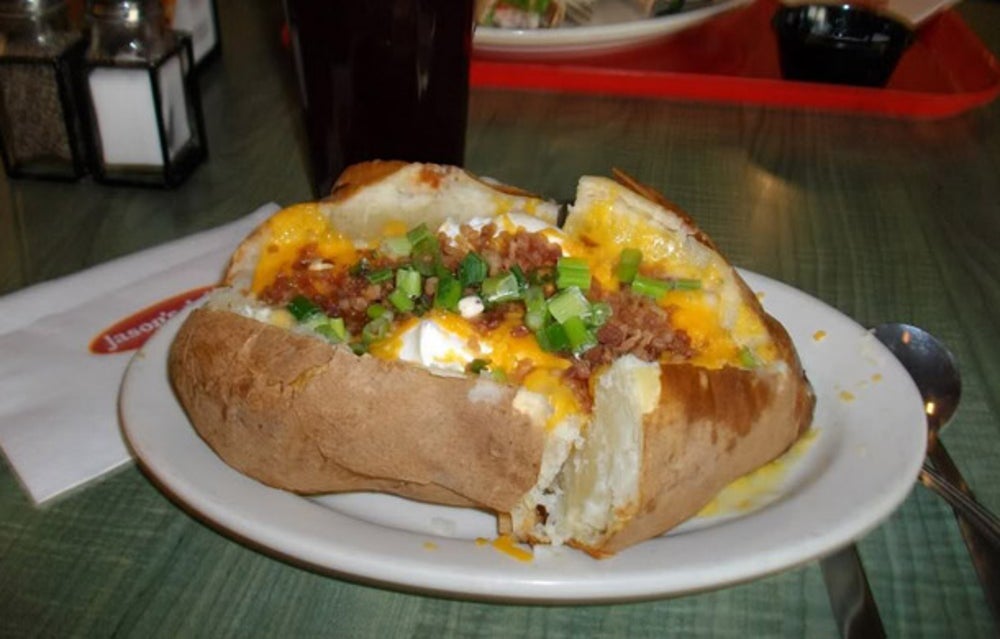 With 2,320 calories, the Plain Jane Potato is not as simple as it seems in terms of calories. In comparison, the largest size of both McDonald’s’ and Burger King’s famously high-calorie fries have 500 calories.

Related: Can McDonald's Speed Up Drive-Thru With Third Window?

When it comes to icy treats, an M&M Sonic Blast could be traded out for 13 quarts of Very Berry Strawberry Ice Cream at Baskin Robbins.

At 1,800 calories, a large M&M Sonic Blast has almost as many calories as four gallons of Baskin Robbins’ strawberry ice cream. Or, you could eat 20 IHOP chocolate ice creams -- a far more calorie conscious choice than its salads.

You have to eat four Burger King cheeseburgers to consume the same amount of calories as one cheeseburger from TGI Friday's. 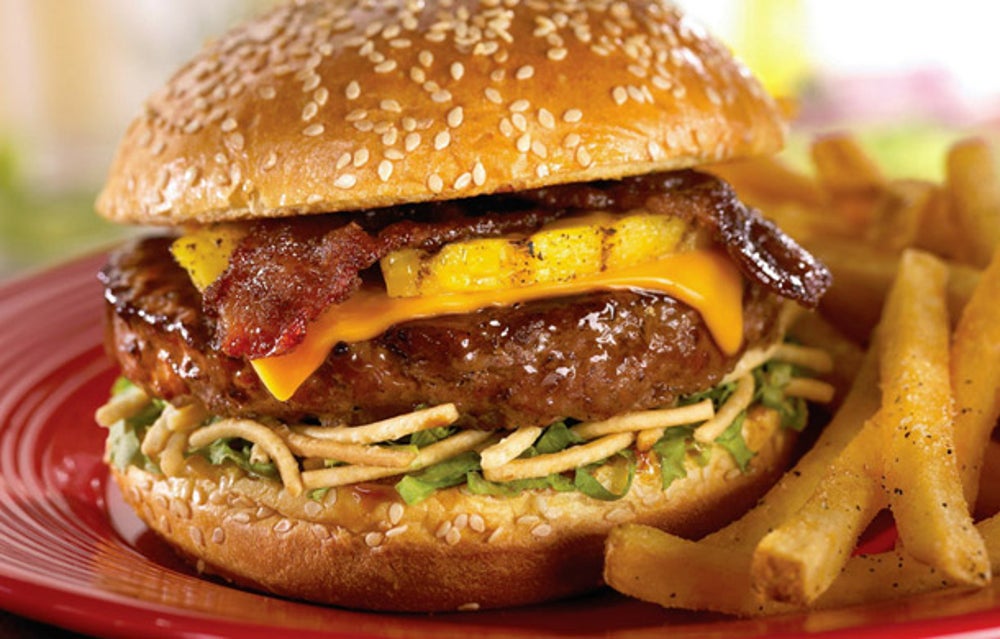 If you want to be full after an appetizer, get the Spinach and Artichoke Dip at Applebee's-- it has two and a half times as many calories as the same dish at Olive Garden. 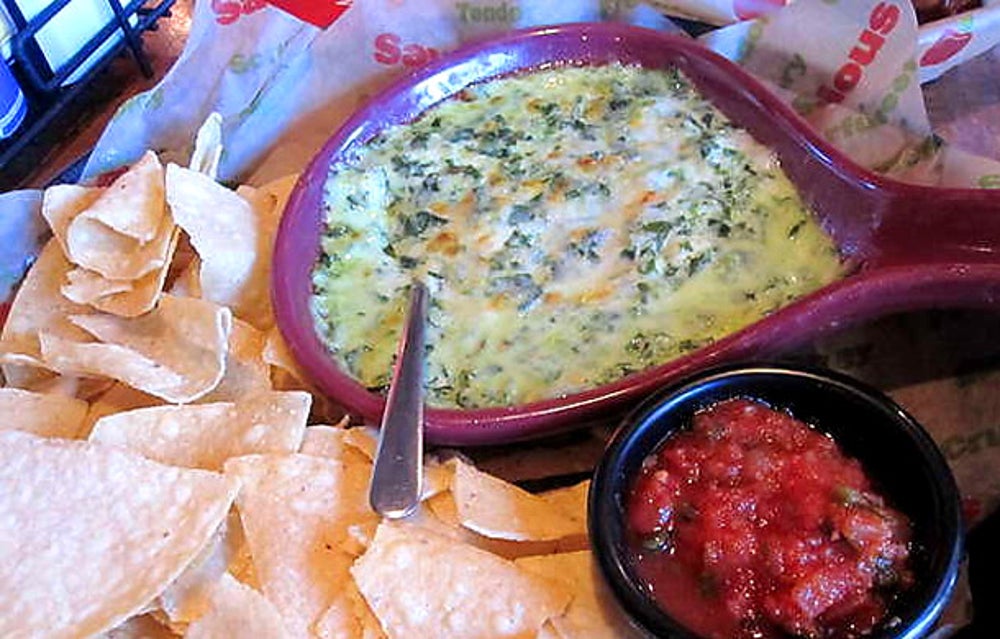 Domino's highest calorie pizza appears to have 19 times as many calories as the highest-calorie pick at Ci Ci's Pizza. 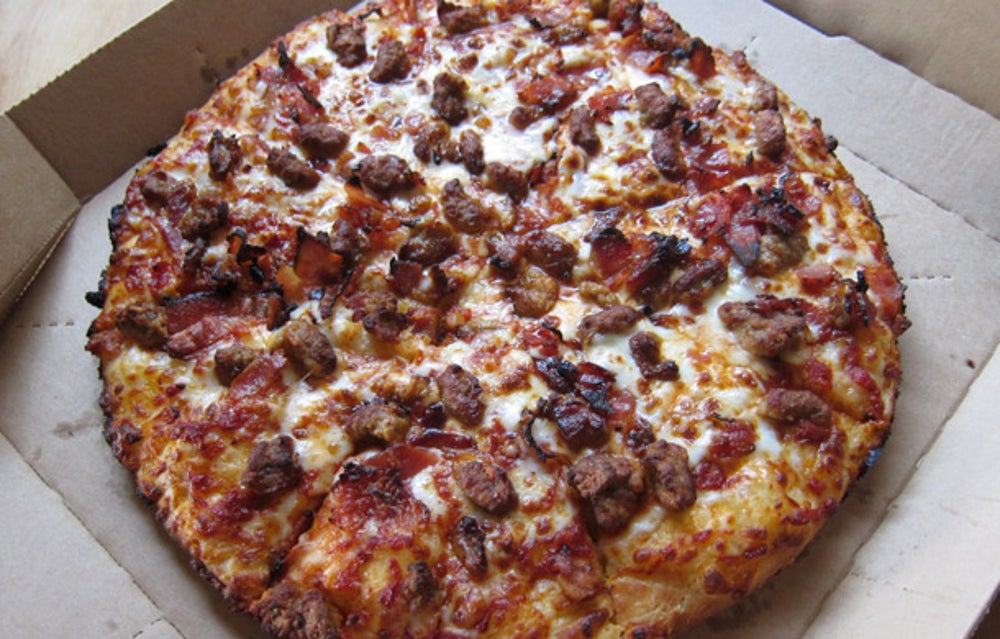 Spending more time on MenuStat, it becomes clear that the serving sizes are not always comparable. How else can one explain Ci Ci's Pizza's 15-inch Hog Fest pizza only having 241 calories? Upon closer investigation, it becomes clear that the 241 calories only account for one slice of the pie. Still, no matter the comparison, Domino's upper limit of 4,590 calories for an extra large, hand tossed, feast pizza is nothing to scoff at.

Related: Did You Say 'Charbucks'? 7 Big Brands That Battled the Name Game