Here's What the First Hires at Apple, Google and Other Top Tech Companies Are Doing Now

Business Insider tracked them down and learned what they're doing.

Some made millions, others saw fortunes slip through their fingers, and some have joined or founded other startups.

Taner Halicioglu was Facebook's first "real" employee outside of the founders. He juggled a bunch of operations roles. 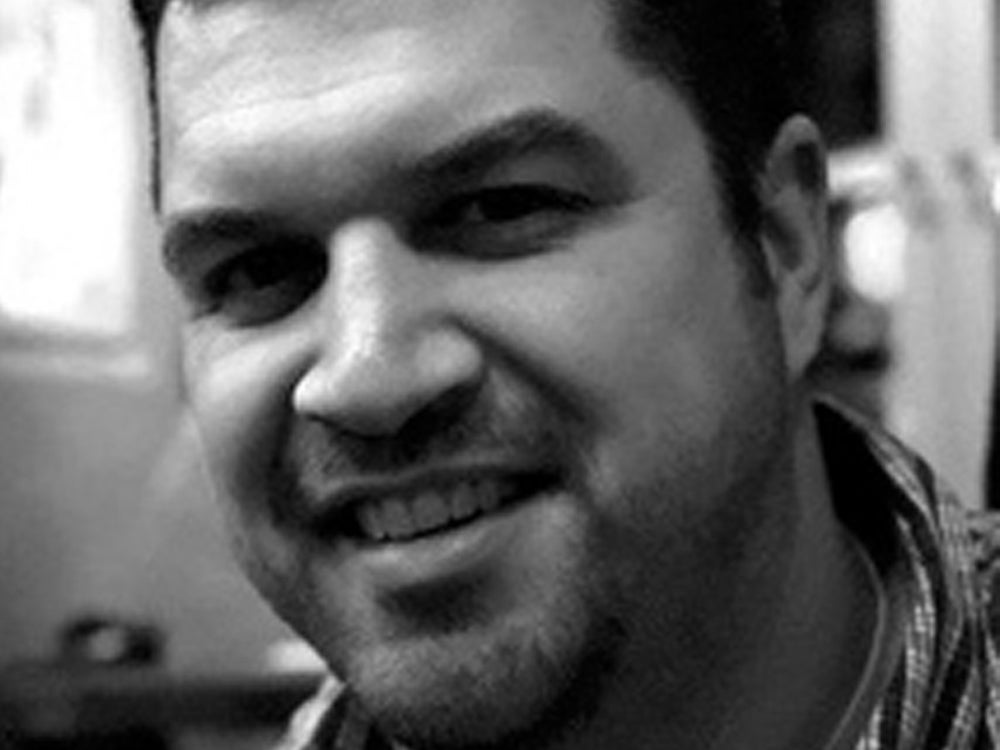 Halicioglu worked for Facebook from October 2004 through November 2009. He had many roles to juggle but was a senior software and operations engineer when he left.

After Facebook, Halicioglu joined Blizzard Entertainment as a lead reliability engineer. Halicioglu is now a computer science and engineering lecturer at UC San Diego. He is also an angel investor and startup advisor.

See what other early Facebook employees are doing now >>

Shel Kaphan was Amazon's first employee after Bezos and his wife. 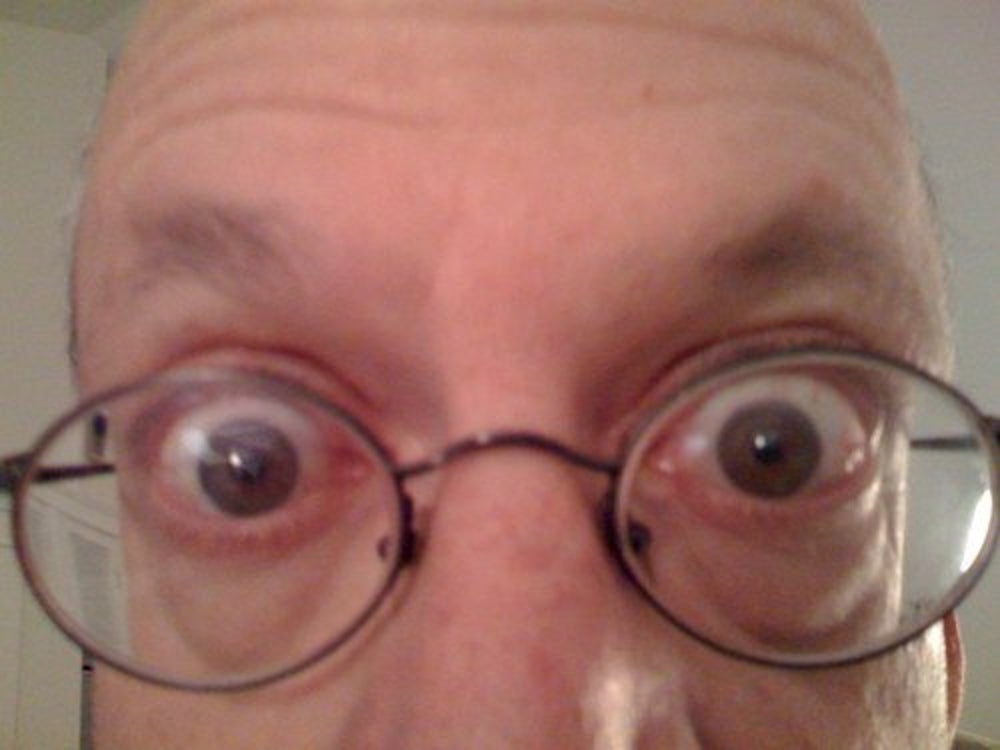 Kaphan joined Amazon in the fall of 1994 and worked there until 1999. He was initially Amazon's VP of Research and Development. By the time he left, he was Amazon's CTO.

Now, Kaphan is doing what you'd expect most early employees to do: philanthropy and pursuing personal interests.

He never retained co-founder status at Amazon, although he brainstormed the startup idea with Bezos before Amazon was incorporated. He and Bezos had a falling out, but Bezos once called him "the most important person ever in the history of Amazon.com."

See what Amazon's other early employees are doing now >>

Craig Silverstein was Larry and Sergey's first hire at Google. He left in 2012 to join education startup Khan Academy. 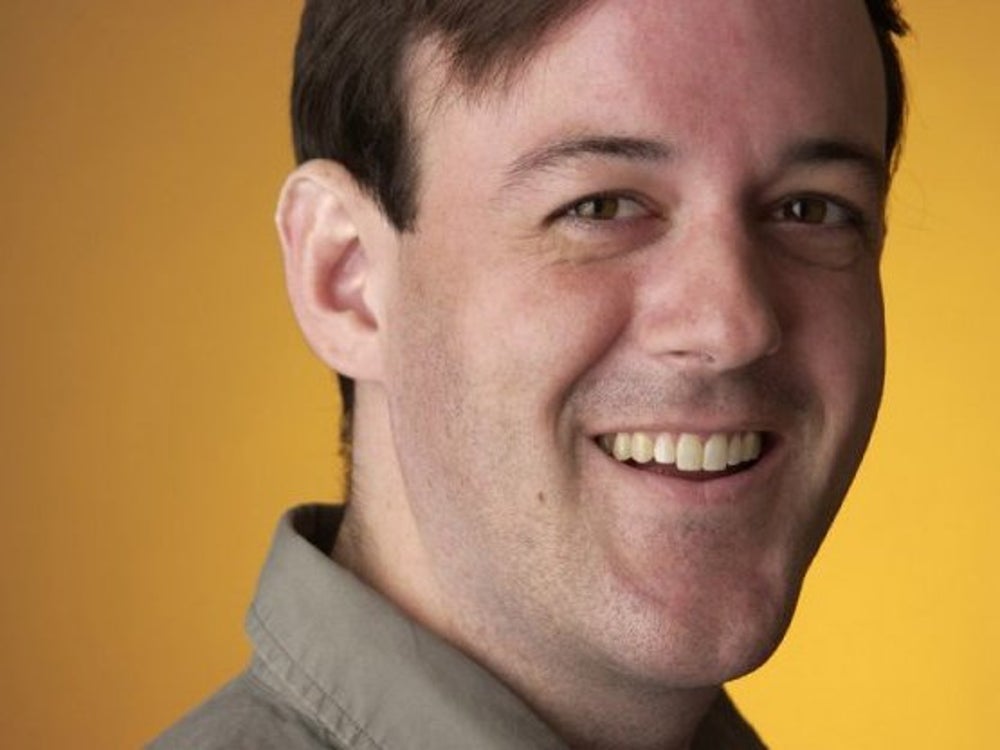 Silverstein was employed by Google from 1998 until 2012. He worked on various projects there, and he mentored engineers. Silverstein also helped build Google's search engine.

He is now Dean of Infrastructure at education startup Khan Academy.

See what Google's other first 20 employees are doing now >>

Noah Glass is often called the forgotten founder of Twitter. He was fired, even though he started Twitter's predecessor with his neighbor, Evan Williams.

Later, Ev Williams fired Glass, and Glass was "shell-shocked." Glass told Business Insider in 2011 that he spent the next few years working in solitude. He's hard to find on social media and he hardly tweets anymore. Although he did tweet well wishes to the Twitter team after the IPO news hit.

He left Twitter with "a certain amount of equity" and a small amount of cash. His Twitter bio still reads, "I started this."

See what other early Twitter employees are doing now >>

Mike Markkula joined Apple after Steve Wozniak and Steve Jobs. He was the then-startup's money man. 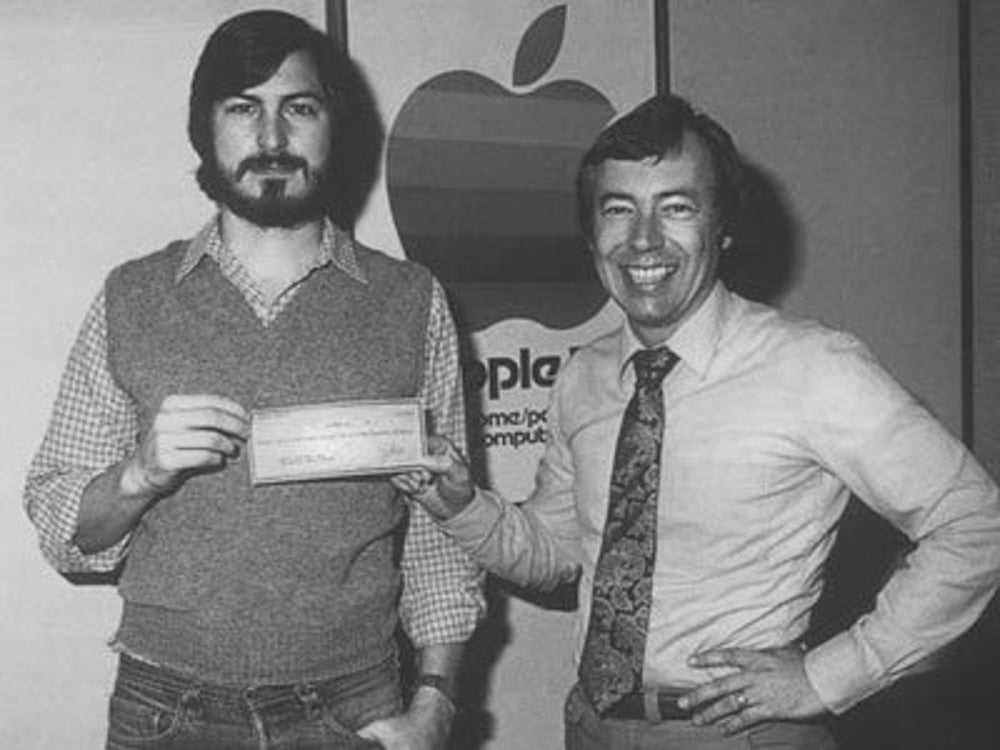 Markkula initially invested $250,000 in Apple in exchange for 30% of the company. Markkula had been an early employee at Intel, which made him a millionaire by the time he turned 30. The Apple investment was only 10% of his net worth at the time, according to "Return to the Little Kingdom."

At Apple, he was a manager who helped write the company's business plan, and he hired Apple's first CEO. Markkula also helped convince Steve Wozniak to join Apple full-time instead of joining HP.

Markkula left Apple in 1997. He's since invested in a few startups and donated money to Santa Clara University, for the Markkula Center for Applied Ethics.

See what Apple's other early employees are doing now >> 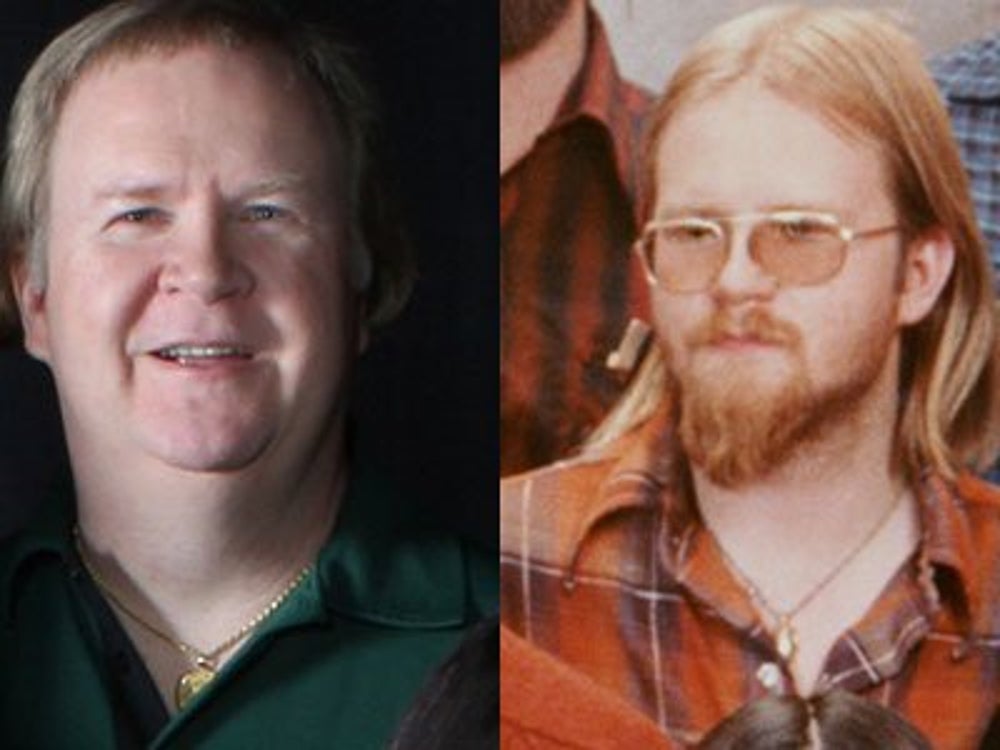 Marc McDonald was the first salaried employee, aside from a freelancer who was payed a flat fee. He left in 1984 because the company was getting too big and joined Paul Allen's other company, Asymetrix.

He then joined a Seattle design company, Design Intelligence, which was acquired by Microsoft in 2000. That doesn't mean he's rich though. According to the AP, he has said he is worth less than $1 million.

See where other early Microsoft employees are now >>

David Kravitz and Daniel Smith joined Snapchat at the same time. They went to Stanford with the founders. 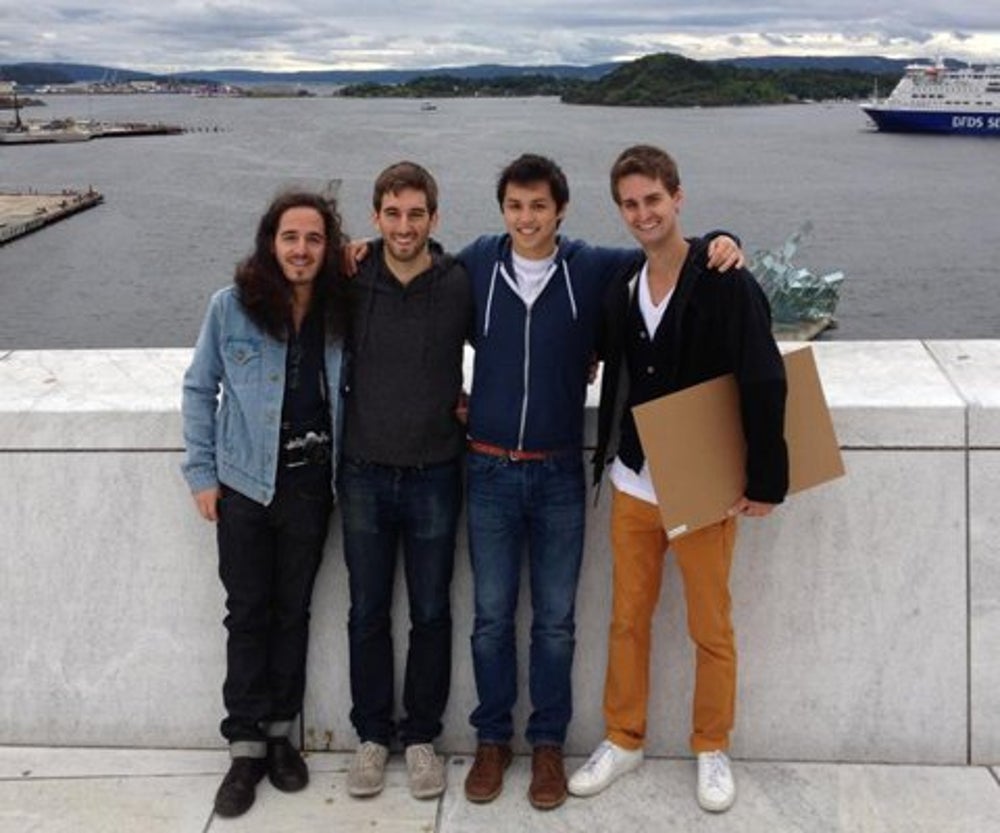 The Snapchat team in September 2012 on a trip to Norway. L to R: Software engineers Daniel Smith and David Kravitz, CTO and co-founder Bobby Murphy, CEO and co-founder Evan Spiegel.

Kravitz and Smith both attended Stanford alongside Snapchat's founders, Evan Spiegel and Bobby Murphy. Before joining Snapchat in June 2012, Kravitz was a Google intern.

Both were software engineer sat Raunk, a startup they built together. Their investor, Lightspeed, later invested in Snapchat.

"Both are still here and still awesome," the company says.

See what Snapchat's other early employees are up to now >>

Yahoo's first employee Tim Brady spent eight years at the company and left when he was Chief Product Officer. 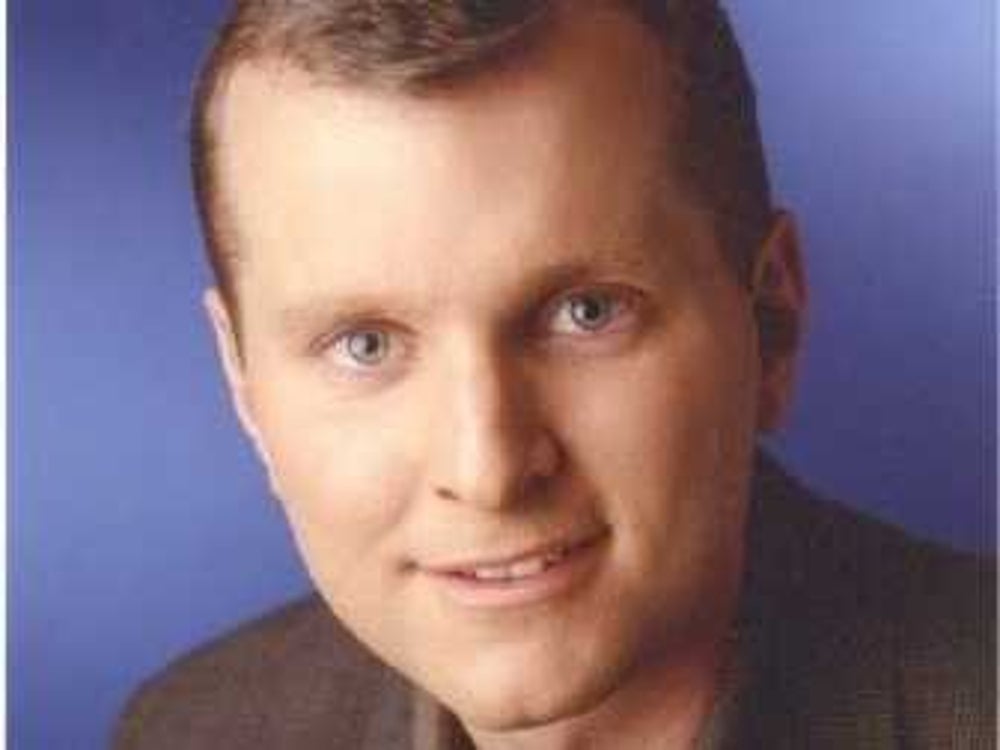 Tim Brady was Yahoo's first employee. He was college friends with Jerry Yang.

Brady, who was friends with Yahoo co-founder Jerry Yang in college, joined the company in 1995 and stayed until 2003. He wrote Yahoo's initial business plan.

Uber's first employee was Ryan Graves. Graves ran Uber before Travis Kalanick, who was an advisor to the company, came in as CEO. 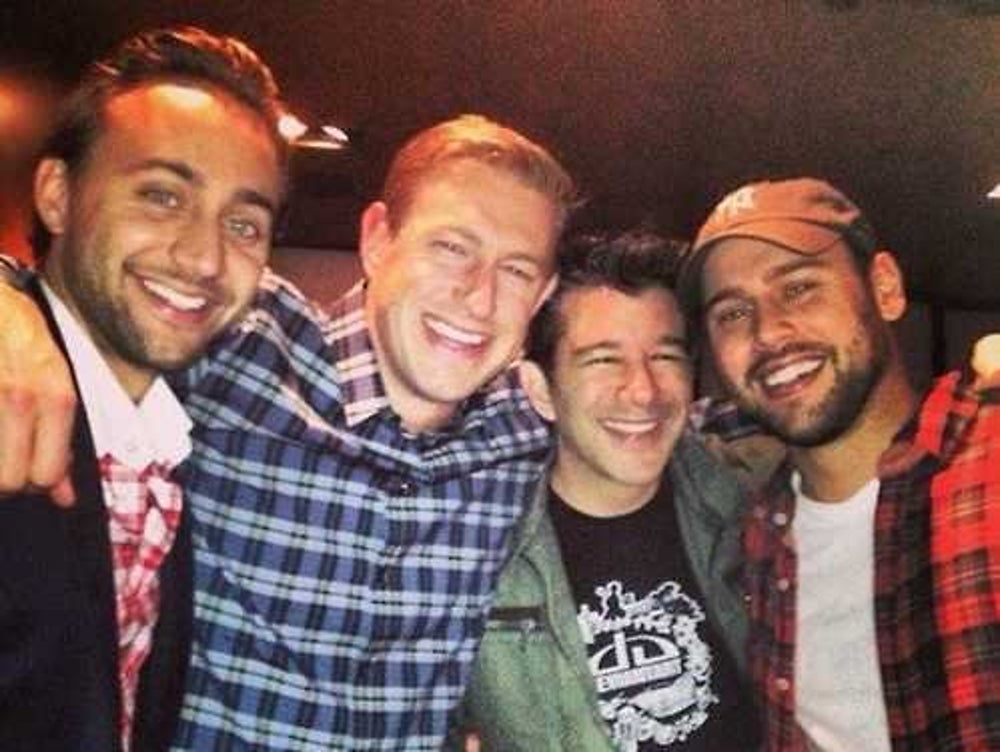 Ryan Graves found Uber in 2010, when it was still called UberCab, because he responded to a tweet written by now-CEO Travis Kalanick.

"Looking for a business development & product badass," the tweet said.

"Here’s a tip," Graves responded, tweeting back his gmail address.

Graves had spent two years at General Electric Healthcare, spending nights and weekends on a startup of his own that never got off the ground. He later spent three months as an unpaid "pseudo intern" working alongside Foursquare’s business development lead, Tristan Walker, but Foursquare declined to offer him a permanent position.

Graves helped Uber launch in June 2010. Shortly after, he was named the startup's first CEO. In December 2010, Kalanick took over for Graves as CEO.

Graves is still at Uber. He's on the board director and head of global operations.

Aston Motes joined Dropbox as its first employee from OKCupid. He built a lot of its back-end web functionality. 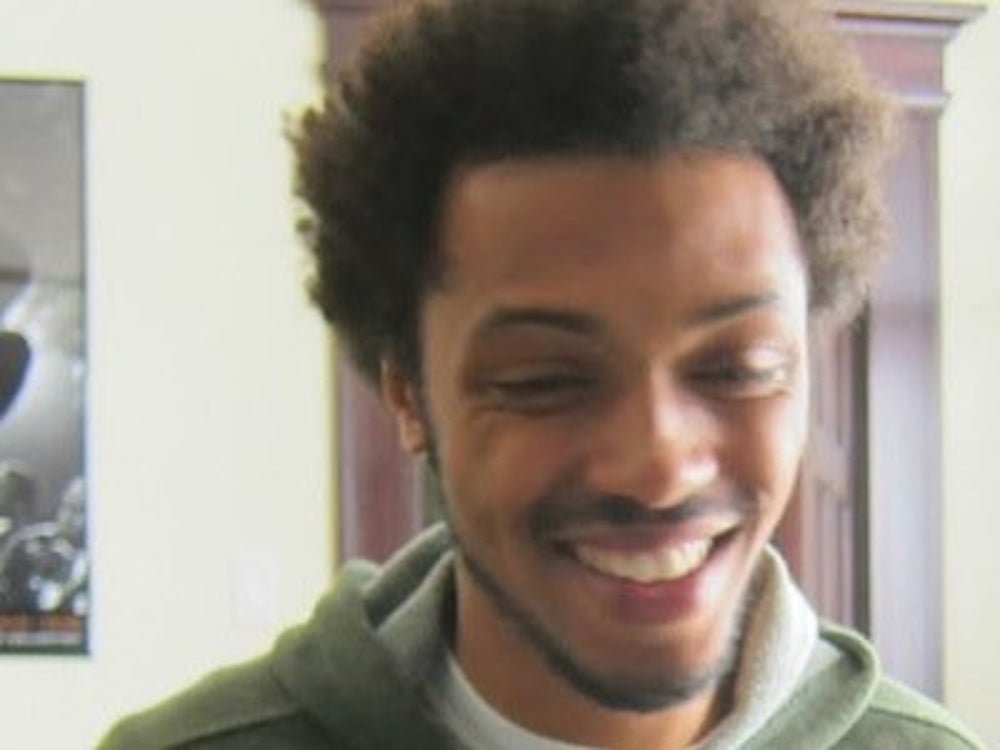 Aston Motes graduated from MIT and interned at Google and Intel before joining Dropbox as its first employee. He also had a brief stint as a software engineer at OKCupid.

Motes worked on Dropbox's web product and its functionality. "If you’re using anything.dropbox.com, odds are good I coded it or broke it or fixed it at some point in time," he wrote on the company's blog.

Mote says he was a Dropbox fanboy from the very first time he saw Houston and his former MIT classmate, Arash, pitch it. He was hesitant to leave his OKCupid job in New York, but he followed his gut to California.

After four and a half years at Dropbox, Motes left to found his own startup, Assorted Bits. 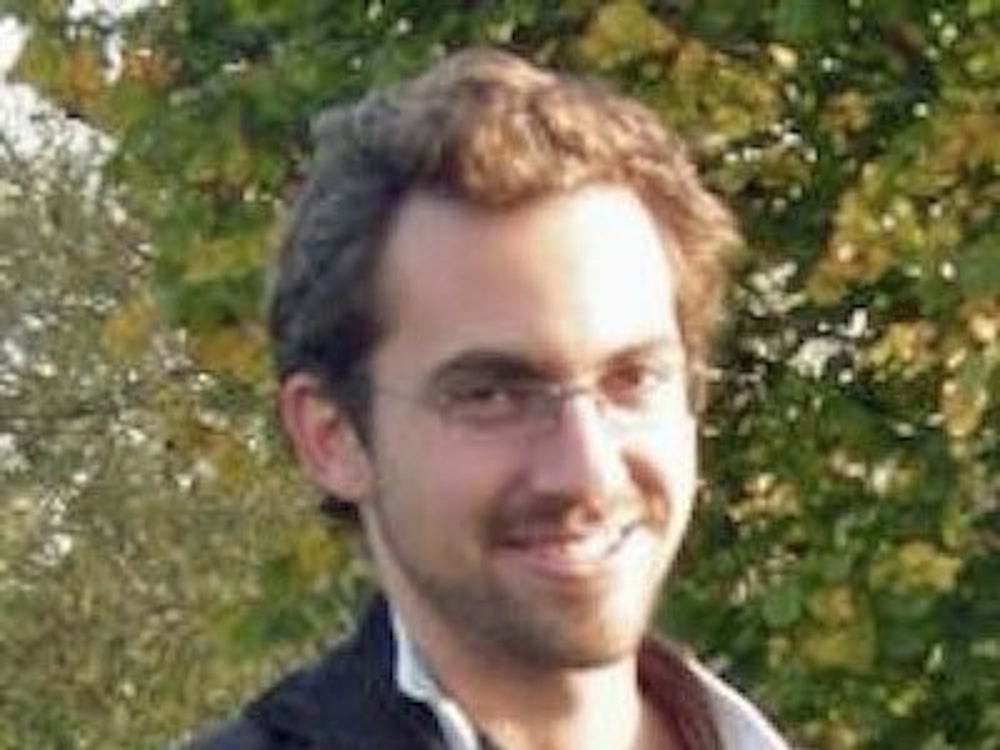 Nick Grandy was Airbnb's first employee, and he joined in 2009. During his 2--3 year stint, he had a number of roles including full-stack engineer, product management, engineering management, online marketing, customer support operations, and international growth, according to his LinkedIn page.

Jeffrey Skoll was the first employee at eBay and he's a billionaire. 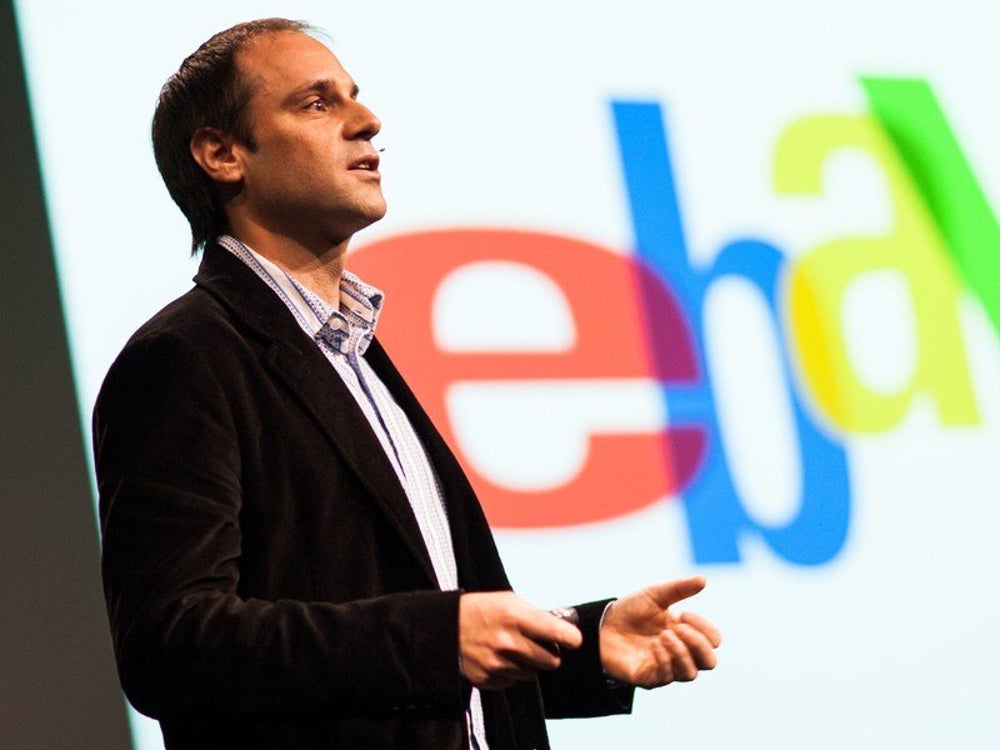 Skoll met eBay founder Pierre Omidyar in 1996 and was hired to be the startup's first president. Even though eBay was profitable then, Skoll was the company's first full-time employee.

Skoll helped write the company's initial business plan. He remained president until Meg Whitman joined in 1998. He was once eBay's second-largest shareholder behind Omidyar.

After eBay, Skoll went on to found a film company in Los Angeles, Participant Media. He has also donated a lot of money to an entrepreneurship philanthropy, Skoll Foundation. Skoll is an investor in Tesla.

Instagram's first employee was Josh Riedel who was Instagram's community manager. He left in June. 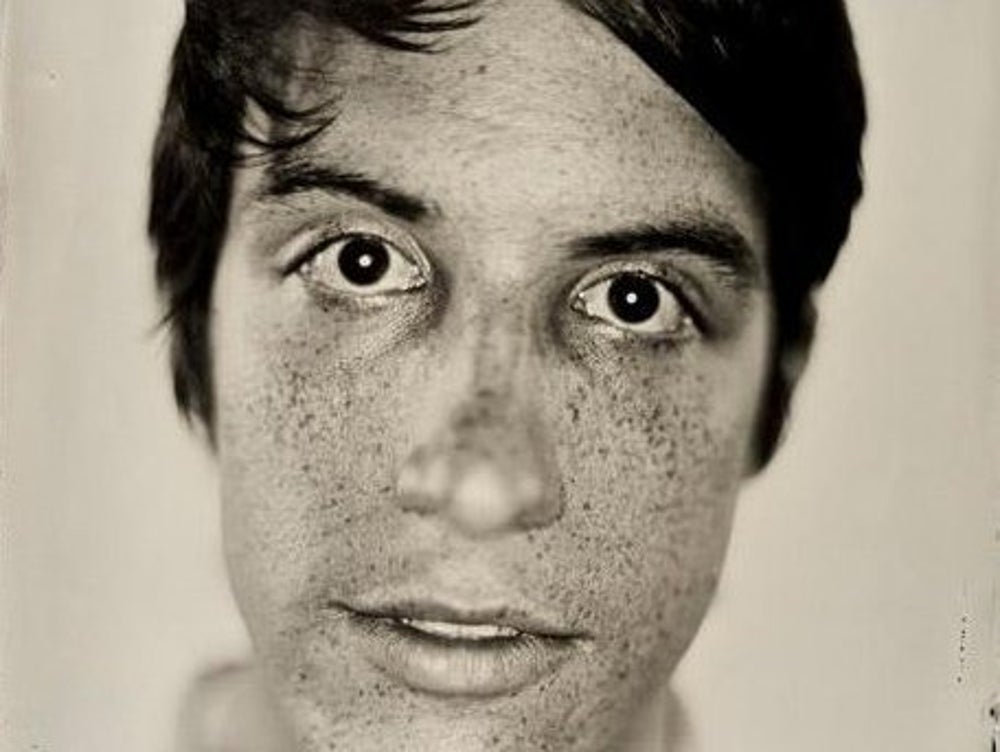 Riedel graduate from Reed College and joined Instagram when it was called Burbn, shortly after it raised $500,000 from Andreessen Horowitz and Baseline Ventures in March 2010.

Riedel was Instagram's Community Manager. He left the company in June.

Meet a bunch of the other early Instagram employees >>

Marco Arment was Tumblr's first employee. He went on to create a few other startups, including Instapaper.

Marco Arment, founder of Instapaper and The Magazine, was also Tumblr's first employee.

Marco Arment joined David Karp when Tumblr first launched in 2007. He was the company's CTO and he stayed at Tumblr until 2010.

Arment has gone on to launch a few ventures of his own, including read-it-later application Instapaper, which he sold to Betaworks, and The Magazine, which he also sold.

In 2014 he launched a podcast application, Overcast. He's also an avid blogger.

Meet a bunch of other early Tumblr employees >>

4 Lessons You Can Learn From Estonia's Tech Unicorns

How Ja Rule Is Reinventing Himself as a Tech Entrepreneur

5 Reasons Why Facebook Chose Utah and You Should, Too

My Customers Showed Me the Door. Here's How I Won Them Back.